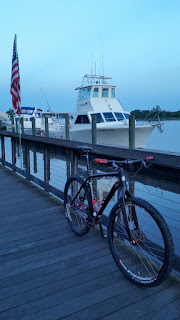 Same old shit from the last time I was down that way, but it was just as fun.  I worked a lot, but I managed to have a good time somehow.  Especially when it came to checking out of the hotel. 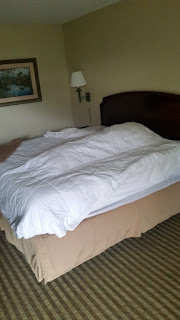 I've been meaning to do that for quite some time.  I wish I could've been there when they walked in to clean the room.

Anyway, my short week (due to having Monday off) seemed to go by extra slow.  When the weekend finally arrived, we had plans.  Our Lowcountry friends Ed and Alice stopped in for a quick visit, and we ran them around town.  Ed had a gift card or something to a local chain bike store, and even though I don't shop there anymore I was a good host and went anyway. 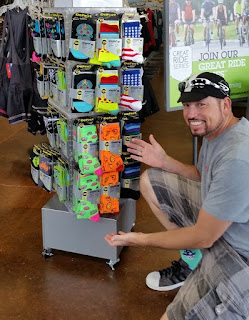 They are a big seller of DeFeet socks, and I was happy to see my kid's designs on display(pizza and donuts, pay attention.)  I am obviously proud.

After that we tried to grab a lunch at this place (Sir Something's), but the service was so shitty that we didn't get anything but a beer in the hour we were there.  No food to be had (it was a restaurant though), but we had a backup plan.  We rolled over to Phat Burrito and stuffed ourselves silly. 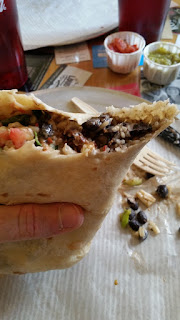 From there we decided to hit up some local breweries.  The next stop was The Unknown Brewing Company. 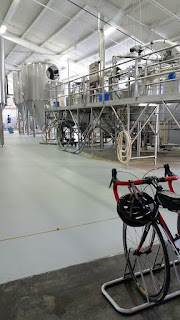 They are very bike-friendly there, but also they are very friendly to local artists like Little Miss Sunshine. 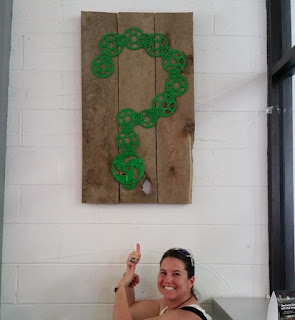 Things got a little fuzzy after that, but I do remember that we ended up at Birdsong Brewery.  Luckily I haz photo to prove it. 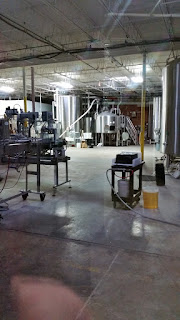 And it looks like I've been there before, or at least someone that knows me. 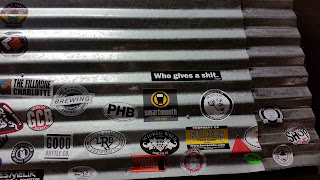 And I'm pretty sure we had lots of beer there too. 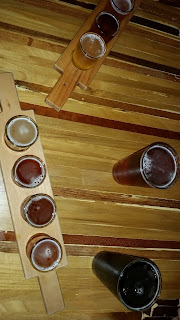 We crammed a lot of shit into an afternoon, but eventually they had to head back down to the Lowcountry.  We had a blast hanging out with our friends and can't wait to do it again.  We're already planning for the next time they visit.

I definitely needed a day like that.
Posted by TheMutt at 8:25 AM