Last week, I got the hell outta town and headed down to Florida for the Santos Fat Tire Festival.  No trip to Florida would be complete wihtout some alligators, so I came prepared... 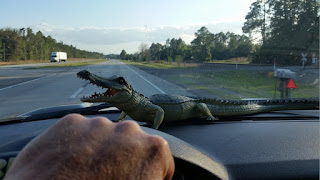 We got into town and checked into our hotel for the weekend and immediately headed out to dinner with a whole mess of people (including indoor mountain bike park legend Ray.  I had one of the best steaks I've ever had in the sleepy little town of Ocala, but I didn't photograph it.  Hell, I didn't take any photos of the restaurant either.  Around the corner though, I found another restaurant that made me smile. 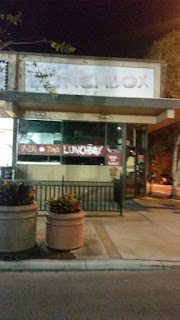 Lunchbox has his own restaurant down there I guess.  He is from the Sunshine State, you know.

Speaking of Lunchbox, I was down there in Florida this time for a reason.  I was working for DeFeet at the festival, selling the best socks in the world.  More important than just selling socks though, I was spreading the good word about them to anyone that would listen (it's called marketing, folks.)  That's right, I went down there to work.  It didn't feel like work though since I love doing it and I am pretty damn passionate about my favorite cycling company from the hills of North Carolina.

Anyway, Friday morning we headed out to the Santos Trail to setup, and I must say that I had my booth looking pretty damn good. 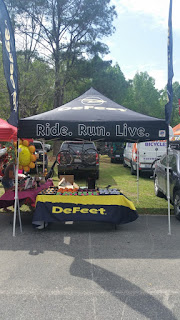 And since we were in Florida (and I already had an alligator with me) I did some "special" marketing specific to my location. 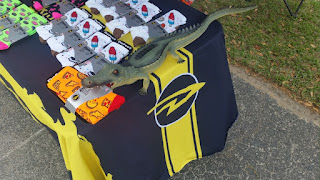 The festival didn't start until noon on Friday, but I was busting my ass selling socks and talking about DeFeet.  My favorite part was seeing the socks I'd sold getting put to good use. 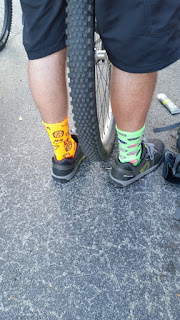 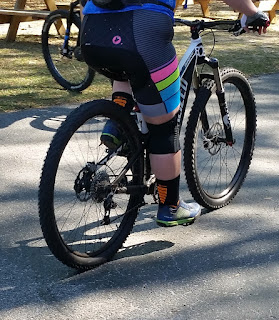 That first day was crazy.  Since I was keeping track, I noticed that my sales on day one far surpassed my totals from day one of last year.  I guess they kind of sell themselves, but I'd like to think that I had something to do with it.  I worked really hard too, even though my friends were making ride plans: 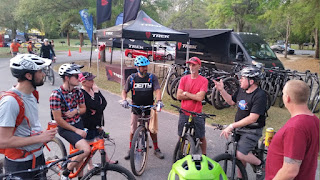 I didn't mind.  I was having fun too.

The first day until ran from twelve until five, but I was worn out.  It's usually the slowest of the three day festival so if that was any indication then I had a long weekend ahead of me.  Once I packed away the merchandise a bunch of us headed out to the middle of nowhere to get some beer and fine Florida cuisine.

We ended up playing with alligators though. 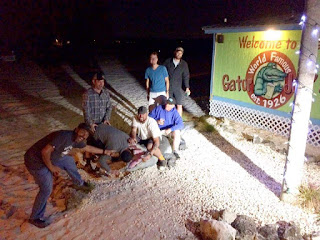 Well, somehow I also ended up with a new sippy cup. 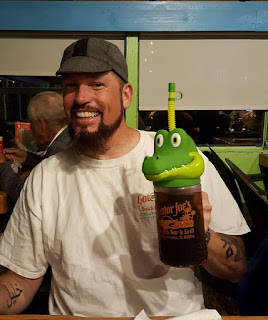 I worked hard and um, played hard too.  I was worn out from day one, but I still had more to go.

So do you.  See y'all tomorrow.