We Make Anything Fun

I took another week off from here for some reason.  Wait, I know the reason...

Who gives a shit.  I do this for fun (and mebbe entertaining you fine folks), so when I don't have a chance to post anything, I don't.  No stress for me.  Awesome.

I've actually been pretty busy.  Work has been crazy but I've also managed to have some fun.  And by fun I mean riding bikes.  Just like always, I'll start with the most recent and work backwards.  And yeah, it involves road bikes again.

I wanted an adventure that wouldn't kill me but more importantly, I wanted the little lady to join me.  I told her we would take a nice, leisurely stroll through the 'hood on skinny tires.  I wasn't completely honest though.  I had a plan, but I didn't want her to know that I'd planned on getting her to ride into the city. We started like most of my rides out of the house, with our new horse friends. 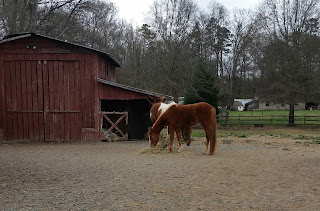 I really should take the time to learn their names.

We had a short visit since they were eating so we rolled out.  We took some nice, easy roads that had little to no traffic.  The little lady kept saying she didn't want to be out all day, so a six hour death march was out of the question.  I kept it fun though, and before we knew it we were in the city.  She was having fun still, so my plan was working.  We hopped on a local greenway to make this a much less serious ride. 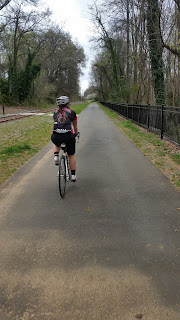 Suddenly, we had to stop.  While rounding a corner we both noticed that her rear tire was flat.  We pulled over and I offered to help, but she was all, "I got this!" 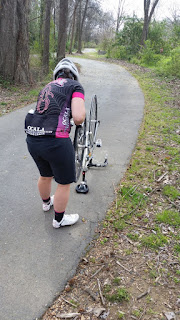 A small sharp object was removed from her tire and the tube was replaced.  Moments later, we were on our way.  At this point we were just wandering around, kinda sorta thinking about heading back home. 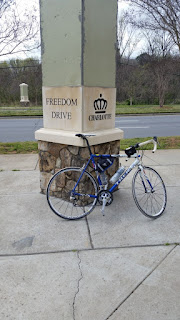 She wasn't quite ready to go home yet though.  She wanted to hit a local brewery and knew there were a few close by.  She grabbed her phone to see which one was closest, while I looked on. 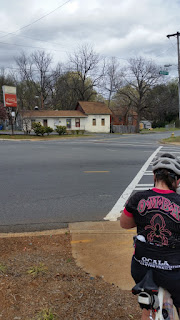 Across the street, I spotted something hilarious.  I rolled over there to investigate. 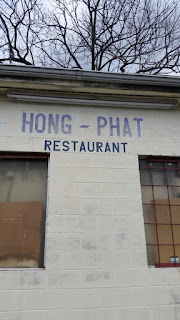 Hong Phat, you so funny. 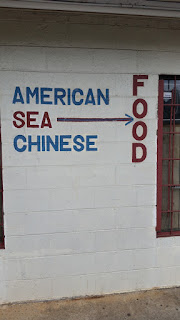 Just when I thought it couldn't get any funnier, I spotted a note on the door of this run-down restaurant... 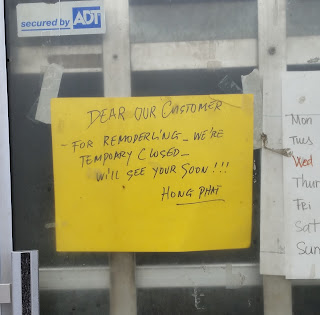 The little lady had enough of my picture taking.  She wanted beer.  We hauled ass outta there (all downhill too) and shortly we arrived at Blue Blaze Brewing. 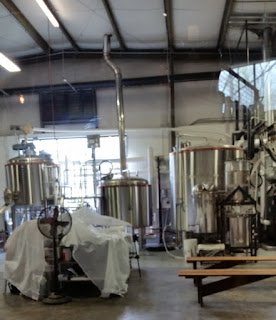 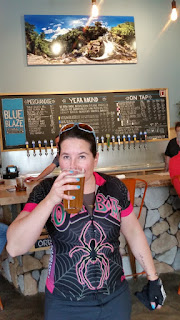 We hung out for a while, but we had to get back home.  She didn't want to be out all day, but I "tricked" her into riding all the way into the city.  She retaliated by "tricking" me into going for beer.

The ride home was pleasant for the most part, until the skies opened up about three miles from the house.  It was raining hard and the temperature dropped about ten degrees...

But it was fun as hell.

Another adventure in the books.  This riding for fun thing is definitely the way to go.