So yeah, I went away.  Again.  I've been traveling a lot (for work and pleasure) and even though the trips have been short, they have been packed with stuff.  This particular trip is one that I do every year in some form or fashion, and it involves the little lady too.  We had a ten year anniversary to celebrate.

This year, we decided to go back to a place we visited when we first got married.  We're not really traditional but I guess you could call the trip back then our honeymoon.  You see, we got married, and about a week later we packed up Little Miss Sunshine's stuff and moved her up to North Carolina (Lunchbox and I would follow a few months later.)  On our way up here, we decided to stop at Saint Simon's Island to see a lighthouse that she's never visited (she loves lighthouses, try to keep up.)

Anyway, since that was our first lighthouse trip as a married couple, we thought that our ten year anniversary would be a good time to go back there.  We hit the road after work on Friday, and after fighting through Charlotte traffic we eventually made it to our hotel in Brunswick, Georgia.  We got in late, so we got to bed quickly to prepare for our adventure the next day.

And of course it involves bikes...

I had the bright idea of riding (on the road) out to the island.  It was only twelve miles and mostly flat so it would be pretty nice.  We grabbed breakfast, suited up, and got to pedaling.  We stopped often to enjoy the sights, especially since Coastal Georgia reminds me of my home state. 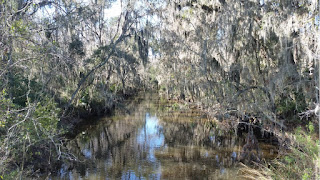 Other than the swampy goodness above, the first leg of our journey took us down a major highway.  It had wide shoulders though so we felt extra safe.  Once we turned onto the causeway towards the island though, we found a pretty sweet bike path. 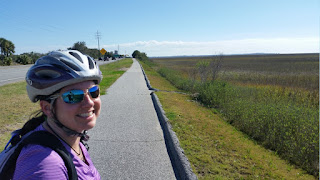 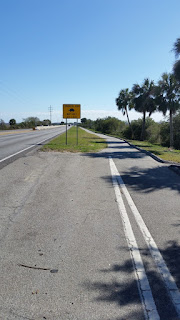 The little bit of climbing we had to do came by way of water crossings and they made for good views. 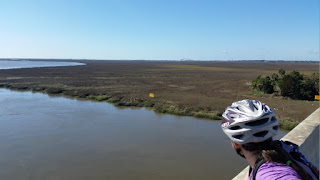 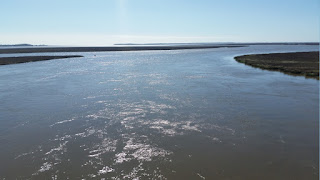 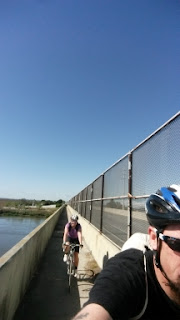 Before too long, we'd reached our destination.  The little lady was happy. 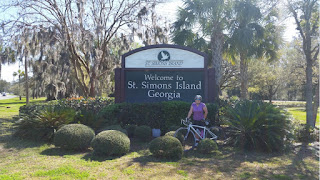 I was happy too, because the island was full of neat little paths for bikes. 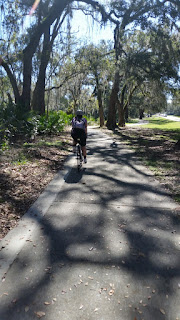 Next up was our "real" destination, the lighthouse. 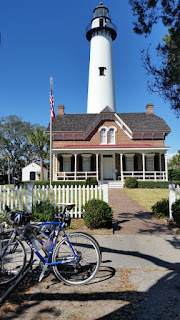 We brought spare shoes (because roadie shoes suck for walking) so we could climb it. 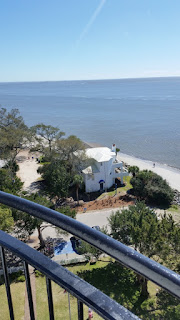 We enjoyed a view we hadn't seen in ten years, and it was really awesome.  After riding all the way there and climbing up a lighthouse though, we required beer.  Luckily, it can be had easily around there. 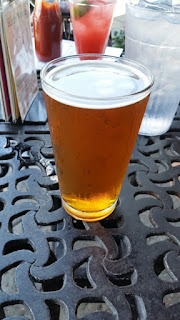 We had booze and ate some good food, so it was time to explore the island.  Our last trip out there was really short (we on'y climbed the lighthouse) so we wanted to spend the day seeing what we could get into.  We started off on one of those bike paths just to see where it would take us. 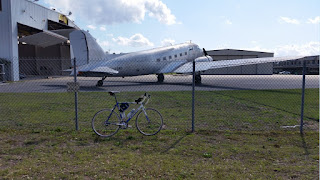 It was gonna be a long day but we didn't have a time limit.  That's my kind of adventure.

I'll probably drag this out tomorrow...