Work Hard And Play When I Can

Day one of the Santos Fat Tire Festival was crazy.  I figured that day two would be just as busy, but maybe I would have a little down time here and there.  It wasn't much, but when there was time I grabbed my bike and took a lap on the skills course right across from the DeFeet booth.

I also brought my guitar... 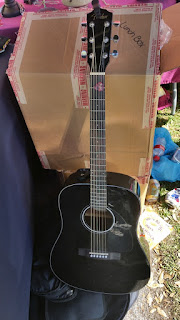 I was actually really busy first thing in the morning.  I didn't think I would be at first since there was a huge ride going on (The Epic 50.)  It seemed like every time I picked up my guitar, someone showed up to look at (and buy) socks.  I didn't mind at all.  Once the riders started coming in though, the booth got busier.  Even some of the Jax crew showed up (and brought me a beer present.) 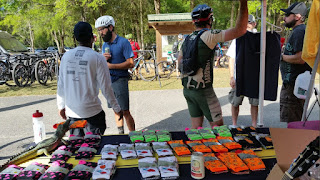 And that's when Punky took of photo of me actually working. 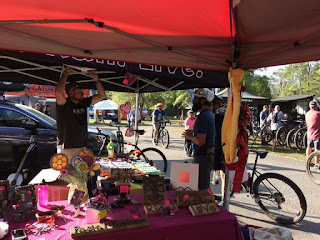 Or talking to Joe about his Wizard Staff.  Whatever.

Then later on a couple of the Jax boys got a tandem and rode by... 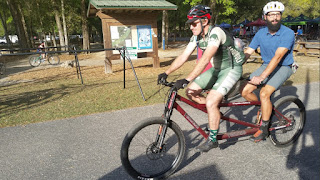 Day two was a blur.  Lots of friends stopped by and socks were flying off the table.  When the day was over, we had some beer and planned our night.  We all decided to head back out to Harry's Juicy Meats for some more steak.  We had a huge group so they had to seat us at two different tables.  We started playing pranks on each other, and somehow a round of non-alcoholic beer was brought to our table. 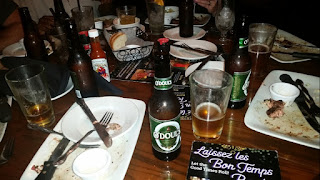 I drank mine.  It was nasty.  Who gives a shit.

Many real beers were consumed though, and lots of food as well.  I tried to get the crew to visit Ocala's Number One Strip Club (there's only one) but they declined.  Luckily, someone had a better idea. 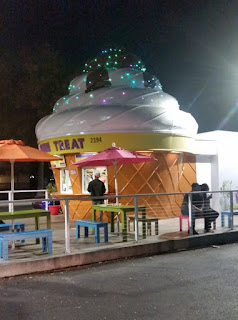 As we hung out enjoying our ice cream, we were stuck in what seemed like a Fast and Furious movie.  We watched at those little cars (with their people) got kicked out of the parking lot next door.  Since they weren't there anymore to make asses out of themselves, we had to. 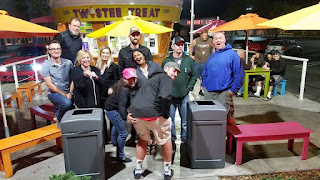 I don't even remember who took this photo.  Joel maybe?  Sorry.

Still unable to convince anyone to check out that car wreck of a strip club (I don't normally do such things) I headed off to bed to get ready for day three.  With Daylight Savings in full effect, I had a hard time dragging my ass outta bed (mebbe the beer did that too.)  After a quick breakfast I was ready to go though.  That might be because I avoided the Ocala Horse Sausage. 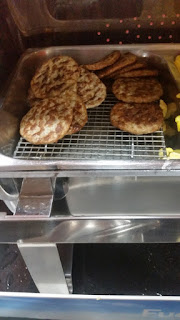 As soon as I got back to Santos, I setup and socks were going like crazy again.  My favorite part was the couple that stopped by to show off some DeFeet socks that they said were twenty years old. 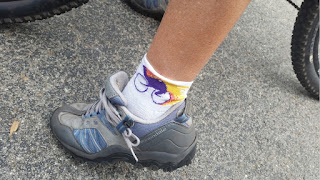 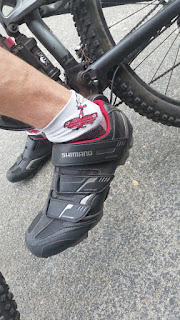 Besides selling (and talking about) socks, I received many more beer presents.  I was happy. 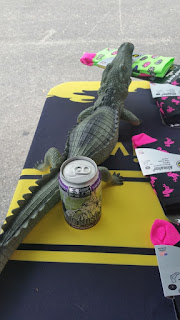 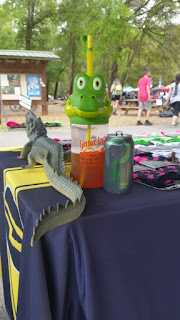 A couple of rides on the skills course and the pump track was all I managed to get in, but I killed it for DeFeet out there.  Day three went by super fast and before I knew it, people were heading out. 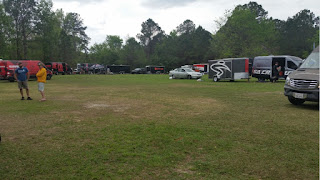 We packed up and left too, but not before we had one last dinner in Ocala. 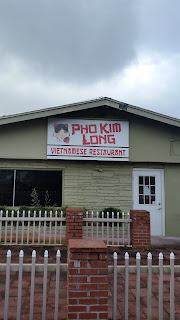 Nope, not there.  But I was intrigued.  I needed real food (and moar beer) so we hit up a good local spot that didn't have the potential of rape. 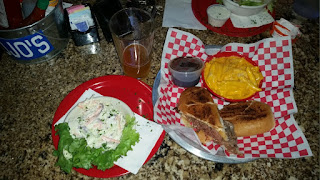 We said goodbye to our Charleston crew and Little Miss Sunshine and I headed north.  But not to North Carolina.  We had another stop to make first...