I meant to be here yesterday, but I had to be at work earlier than normal.  When I left off Friday I was still rambling on about the trip I took with the little lady.  We still had one more day of riding left, but as exciting as it was I won't go on and on about it.

I'll just mention the flat tire that I got... 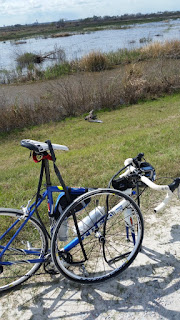 That little fella there in the background didn't help me change it either.  Bastard.

It was an awesome ride but that's all I'll say about it.  I'll move on to another adventure: 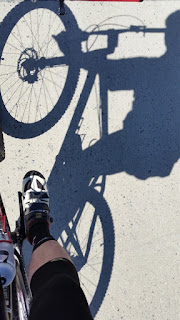 I stayed local this weekend.  Other than doing stuff around the house, I actually got out for a ride (as pictured above.)  Obviously this ride was on a mountain bike.  I feel like I've been on the road bike too much lately anyway.  Besides, where I was going there were no roads.

Or at least I was trying to avoid them as much as I could. 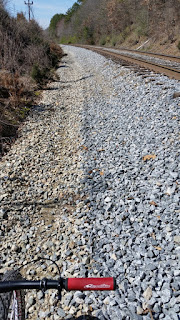 I had a destination in mind but no set plan to get there.  I didn't want to stay on those railroad tracks forever though.  Off in the distance I spotted a dirt road so I took it. 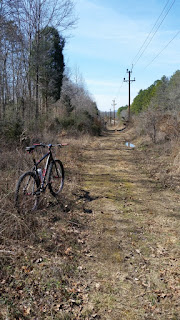 Ups and downs and definitely rideable.  And the best part was no people.  Eventually that "road" dipped off into the trees and I rode deeper into the woods.  I felt like I was in the middle of nowhere.

Soon, that was confirmed. 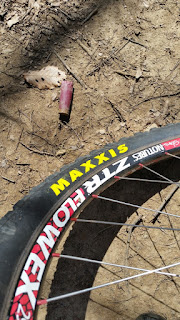 The "trail" split off several times and I randomly took different paths.  In no time I'd reached a creek. 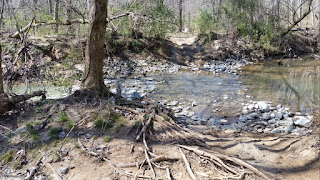 I didn't cross it, but instead stayed on my current path.  I climbed a big hill where I found a view that reminded me of being up in the mountains.  After that climb and corresponding view I got to go down.  That was fun.  More up and down followed, and I exited the "trail" out in the middle of a field.  I had a clear view from there, so I headed towards a road. 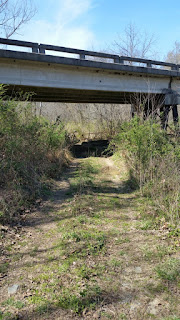 Under the bridge I went, and after some sweet singletrack I'd reached my destination... 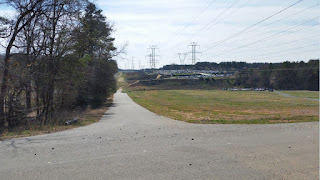 That's right.  I road my bike to the Whitewater Center again.  Who gives a shit.  This time though, I only spend a little over a mile on pavement and the rest was off road.  I was excite.  A few short miles from my house without dodging cars and I was at the doorstep of some of the best trail in Charlotte. 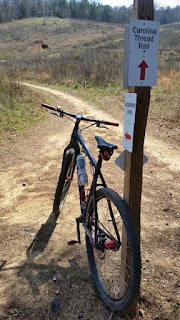 The best part about this newest adventure was that there are many more trails I left "undiscovered."  I can't wait to get back out there again to see what else I can ride out in the "middle of nowhere."  A few people have shown interest too, so if you're one of them don't worry.  I'll get at you the next time I go.

Just meet me in my driveway.