A B-43 Christmas Special 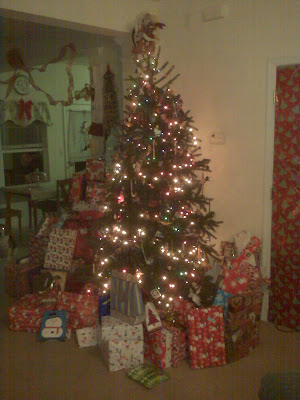 I hope y’all didn’t miss me too bad the last few days. After checking my blog stats, I noticed that I still had some visitors to the site, even though I said I wouldn’t be back for a while. The only exception was Christmas day, which had zero visitors. That’s understandable, since most of you were busy celebrating the holiday. Hell, I didn’t even touch the computer that day (although I had my trusty Crackberry by my side.) Anyway, I hope you had a great holiday. I know we here at B-43 did.

We woke up in the wee hours of the morning to get the holiday meal started, and we were also ready to bust open the presents. We had a blast opening the multitude of gifts, watching each others’ reactions as we fulfilled our Christmas wishes. Santa (er, Little Miss Sunshine) was particularly generous to me this year. While I received a ton of bike-related presents that I required to be a successful racer, the most notable present came in a big box, adorned with logos from Fox Racing Shox. Yes, Goose finally gets some new legs, and quality ones I might add. Imagine my surprise when I opened up the box and found a shiny new Fox F32 RLC fork. 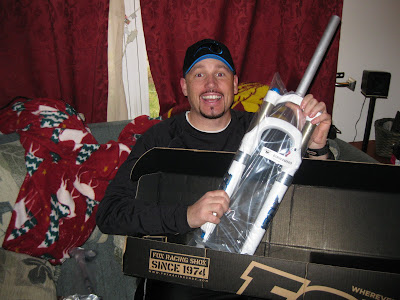 Wow. I stared in awe at it for a while, and it was all I could do not to run out to the garage and install it. Little Miss Sunshine even joked that I will probably sleep with it. I thought about it briefly, but later decided against it. That could be considered cheating in some circles. I would make some time very soon to install it, and Goose would be filled with glee.

After my mom arrived to partake in the holiday meal, we gorged ourselves on tons of food. Little Miss Sunshine, who is from up north, even made a successful attempt to make me a sweet potato pie (my favorite.) It was one of the best pies I have ever had. 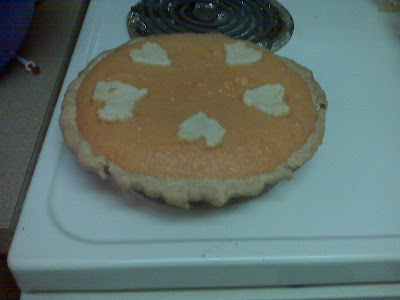 Shortly after we ate, the Dirty Party Cycle arrived fashionably late, and we continued the gift-giving. He also sat down and ate some of our wonderful meal. He is always happy to eat when Little Miss Sunshine does the cooking. 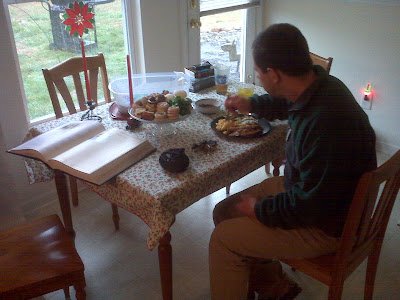 Continuing with the present recap, I was also fortunate enough to receive a new beer fridge from my mom, which was immediately placed in the B-43 shop and filled with, you guessed it, beer. 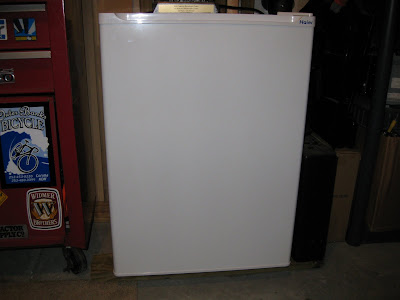 That thing is gonna need some stickers. 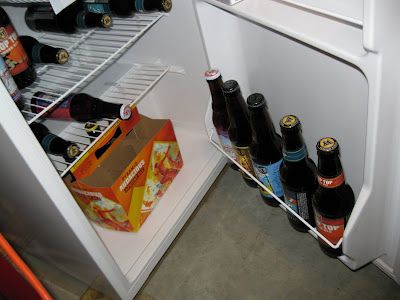 After the holiday festivities, I headed to the garage to put on my new presents. Lunchbox even provided me with a nice red anodized water bottle cage to match my beloved Goose. It sure was pretty. 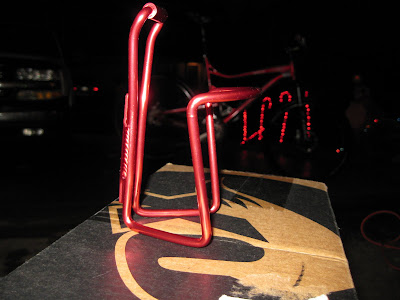 After giving Goose a quick bath, I took a photo and said goodbye to the RockShox Pilot fork that has been so good to me the last year or so. It will live to fight another day however, since I plan on installing it on the Greatest Short Track Bike on Earth, in place of the shitty Rockshox Dart 3. Here are the before photos: 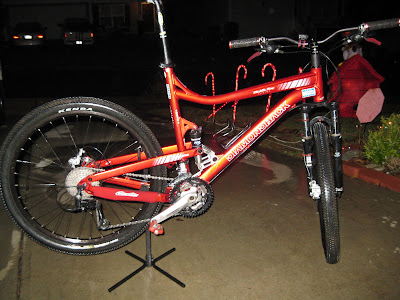 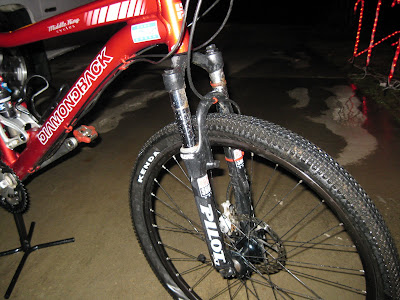 I grabbed the new Fox and got it ready: 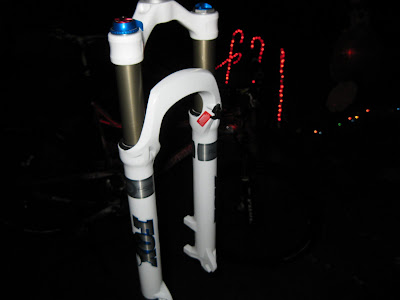 I installed the star nut and removed the old fork: 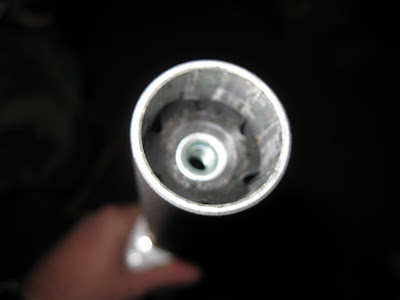 After a flawless installation, Goose was ready to be photographed: 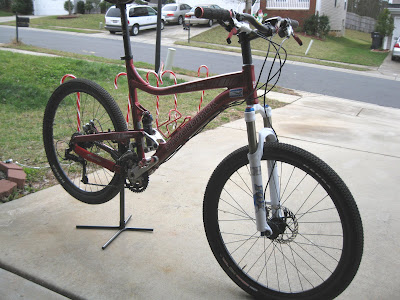 There will be more (better quality photos) tomorrow. I didn’t get to ride it that day due to the shitty weather (there’s a surprise), but I did get out over the weekend. Stay tuned.

I hope you all had a great holiday, and hopefully you all received everything you desired. I also hope that you were able to spend quality time with you families, or just had a great day no mater what you did. Thanks for stopping by. See you tomorrow.
Posted by TheMutt at 9:42 AM