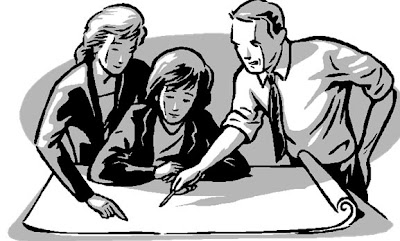 I guess it’s time I start thinking about the upcoming race season, especially since I call myself a “racer.” I’ve been looking at the scheduled events and trying to formulate a plan. I hope to mix it up a bit more next year and do some events that I wouldn’t normally do. Of course, I will be a regular participant in our local cross country races, with the first race series starting next month. So, my official start to the season will be the 2010 East Blvd Bar and Grill Winter Short Track Series on January 17th. It will be a five race seres on the Renaissance Park Short Track here in Charlotte, and it’s a great way to kick off the season. The course is .9 miles and it is very fast (and not very technical.) Roadies tend to do pretty well in this series, so I guess I had better get out on the road bike a little more in the next month. Also, it will be my debut with a new sponsor (in addition to Middle Ring Cycles.) More on that at a later date.


I have a few other ideas for the upcoming season as well. Since I got bit by the endurance racing bug last October with the Tree Shaker 12 Hour Mountain Bike Race, I have given some thought to doing a few more of these kinds of races. I may hit up the Dirty Party Cycle for some teammate action, or just go at it alone. We shall see. Anyway, the 6 Hour Grind on the Greenway in April seems like the most likely event, but there are a few more out there as well. One race I have given some serious consideration to is the Six Hours of Warrior Creek, in Wilkesboro, NC. I haven’t ridden the trails at Warrior Creek yet, but I have ridden Dark Mountain and the Overmountain Victory Trail. They are similar in terrain, so I don’t think I will have too much trouble. The only problem with it is the fact that it is also in April. Hmmm.

In May is the much-anticipated XTERRA Uwharrie, which was my first foray into the world of triathlons last year. I really enjoyed it, so I may participate again this upcoming season. I haven’t decided for sure though. If I don’t enter this event, I will most likely provide my Bike Patrol services. Either way, it looks like I may be there.

Starting in June, the first big non-series race is the Catawba Riverfront Classic, held at the U.S. National Whitewater Center. That was a pretty fun race, and I actually won it last year, receiving my very first cycling trophy in the process. I know the trails there very well, so I had a bit of an advantage over the “out-of-towners” that entered the race. I hope to get a shot a defending my title (in the Clydesdale Division.)

Last July I participated in the Recon Off Road Triathlon, taking third place in my division. If that race is held next year, I would love the opportunity to try to get on the podium again. The last time I had a horrible swim, getting kicked in the nuts while I was attempting to navigate through a sea of people. Even though I was second to last out of the water, I managed a super fast bike time on the trails at Anne Springs, which catapulted me to third place. Just think what would have happened if I had a decent swim time. One can only dream (or try harder next time.) Maybe I will wear an athletic cup this time, or a suit of armor.

After that looks like the start of the Summer Series, which will be a new challenge this year. I will have to move up a class, so the competition will be tougher. After finishing 10th overall last summer, I am ready for the challenge. Hopefully Goose is ready too.

October is the month of Halloween, but I am not really scared of the race scheduled for that month. Yes my friends, it will again be time for the Tree Shaker, and I will be ready this time. After a not so stellar performance, I will be back to give it another go. Maybe the DPC and I will do a duo this time. I think we can handle it.

I know that seems like a lot of stuff to cram into one year of racing, but it isn’t enough. I’m also looking into branching out by doing some road triathlon events, and also I’ll throw in a few 5K runs once in a while. Also, I may actually do some racing out of our immediate area too, just to see how I match up with people in other locations. All of that depends on the races available of course, and also what Lunchbox and Little Miss Sunshine have to say about it. They are my support team, and I can’t do any of it without them (and my sponsors too.)

Here’s to the upcoming 2010 race season: 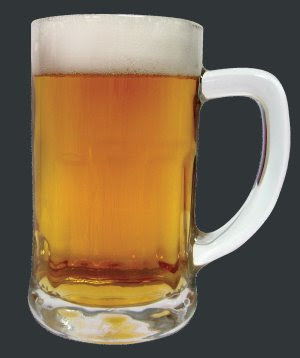 Maybe I should just drink beer all season instead of racing. I'll probably fare better.
Posted by TheMutt at 10:14 AM