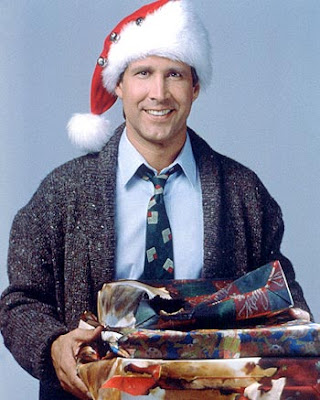 Wow. Two weeks until Christmas. I can’t believe it. Actually, I can’t even believe how fast this year has gone by. Why am I just now realizing this? I’m not sure. You see, we already have our Christmas decorations up, our stockings are hung by the chimney with care, and we even attended a small town Christmas Parade. It’s even been pretty cold here lately (29 degrees this morning.) I guess I just had a hard time believing that Christmas is just around the corner. Hell, I haven’t even finished my shopping yet.

I guess what really did it for me was the fact that I went to a Christmas Party last night. The good folks at Southpark Cycles held their annual party at the shop, and it was a blast. They had delicious food brought in by Lola's here in Charlotte, and there was even free beer provided by one of my favorites, Widmer Brothers. There were plenty of folks from our local scene in attendance, but I must say it was a bit difficult to recognize everyone without their riding attire on. People just look different without a helmet.

I didn’t get any pictures; since I was too busy enjoying myself at the party. It wasn’t just your normal party-in-a-bike-shop mind you, there was an added bonus. The party guests were asked to bring in canned goods to donate to Loaves & Fishes, which provides food for people in our community in their time of need. For each canned good you brought, you were entered in a raffle for a gift certificate at Southpark Cycles, which probably motivated people to bring in more than they normally would. I left the party early since it was a weeknight and I had no designated driver, so I don’t know if I won or not. I never win anything, so no big deal. I was happy to help just the same. Big thanks to Bart and the rest of the crew at Southpark Cycles for putting on such a great event, and also for helping out in our local community.

The weekend weather forecast around here looks less than promising, so I don’t know if I can get out on the trail at all (bummer.) I may try to get in a road ride tomorrow morning, but it’s supposed to be below freezing again. I’ll put up with the cold temps to ride on a trail, but I’m not so sure if I can do it on the road bike, especially when I hit speeds in excess of 30 miles per hour. I hope I can do some kind of (outside) riding at least. That damned X-Bike is hogging up all of my riding time. I can’t stand it. Hopefully I’ll have some better news for y’all on Monday. Have a great weekend.
Posted by TheMutt at 9:00 AM