I Have Plenty Of Beer 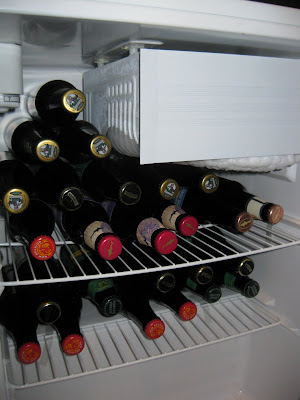 So why do I still think that I need more? Obviously my beer fridge stays fully stocked with a fine selection of yummy brews, but every once in a while I still crave something different. It’s been a while since I’ve mentioned that I actually brew my own sometimes (which means that I haven’t done it) and I pretty much tell y’all everything I do. There’s a reason I’ve put away the brewing equipment for so long though, and of course I’m gonna tell you.

For a most of the year, I was brewing (and drinking) my own beer non stop. I had a lot of fun seeing what I could come up with; especially since I can pretty much make whatever kind of beer I wanted. Since my favorite kind of beer is an IPA, I decided that I would make an extra hoppy one for the very first time. Up to that point I’d made a few pale ales, but never an IPA. I went crazy with the hops on that first batch, and it wasn’t too bad. Well, at least some of them. Out of the batch of 16 bottles, only about 5 of them were any good. I gave one to my good pal the MadSS to try, and he was less than impressed. When I asked him how he liked it, he said, “It wasn’t good.”


I knew I messed up somewhere in the bottling process, and that resulted in most of my brew not being carbonated. I was so discouraged that I stopped making beer for a long time. It wasn’t the MadSS’s comments that made me stop, but rather the fact that I knew I screwed up. Something changed for me the other night though, when the sudden urge to brew some beer hit me. I decided to take some baby steps this time and do it the simple way. 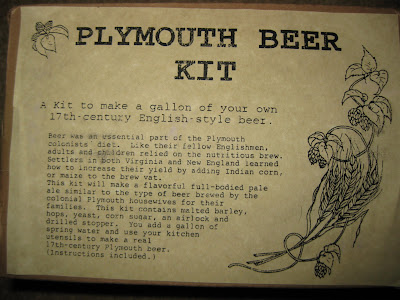 This is a pre-made beer kit, which was given to me by Little Miss Sunshine back in the summer. She took a trip to New England and decided that she would bring home some old-timey beer for me to make. I was in a self-imposed beer-making hiatus at the time, so I parked it on the shelf for a while. Finally I decided that I would give it a shot, since it seemed like the perfect way to get me back into making beer. All of the ingredients are pre-measured, and I didn’t need any of my fancy equipment. I started by mixing in the barley and hops (creating the wort): 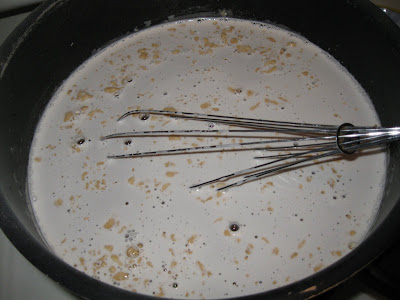 Next step was to simmer it for a while: 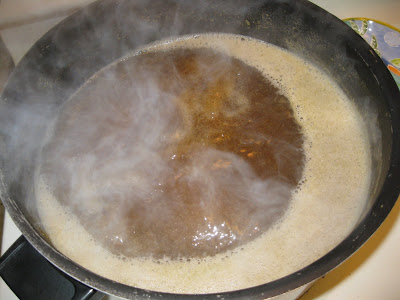 After about 45 minutes or so, I cooled the pan of wort and got ready to ferment it. The directions said that this will make about a gallon of beer, so I used (per their recommendation) a gallon jug of spring water. After mixing the wort with the remaining water, I added the yeast and mixed it up. I topped off the bottle with the stopper and airlock: 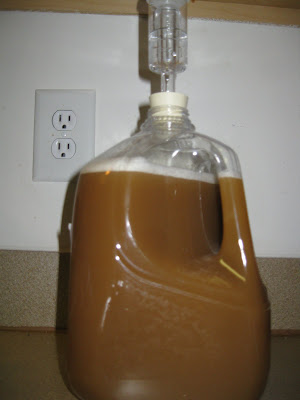 Yeah, I know it doesn’t look much like beer. If you’ve ever brewed your own, then you’ve seen this before. It will look better by the time I drink it though (hopefully.) Now I just have to let it ferment for 5-7 days, then I can bottle it. I guess I’ll let y’all know how it turns out in a couple of weeks. Hell, maybe I’ll be drinking it for Christmas if I’m lucky. I hope it’s good.


Since it’s been a little too cold for me to get out on my bike, I guess I’ll be stuck doing “inside things” for a while. Maybe I’ll whip up another batch of beer while it’s still cold outside, or I could just finish off what’s in my beer fridge. So much for my “offseason” training program.
Posted by TheMutt at 8:16 AM

Not only does it not look like beer, it smells like shit! Don't boil over, that smell'll stick around for a while!

When it's ready, I'll make sure you get a bottle. Cheers!