I Know You Missed Me…

And I missed my bike (and y’all too.) Lunchbox and I arrived back in Charlotte late Monday night, but I was too worn out yesterday morning to get on here on post anything. Even though we were away for a not-so happy purpose, we made the most of it. Why the D.C. area, you may ask? Well, I told you that I had family there, and actually that’s where I come from, in a roundabout sort of way.


I know I told you I’m originally from Florida, but that’s because part of my Northern Virginia family moved down there just before I was born. My grandparents, my uncle, and my mom left Manassas, VA in 1969, and left the rest of the family back there. I spent every summer of my life traveling back to the D.C. area, so I sort of felt like that place was home too. I was nice to see everyone up there again, although I would have preferred better circumstances. Anyway, since I am very familiar with the area, we always get to “see the sights” when we go back. I even got to see a neat little bicycle-related item: 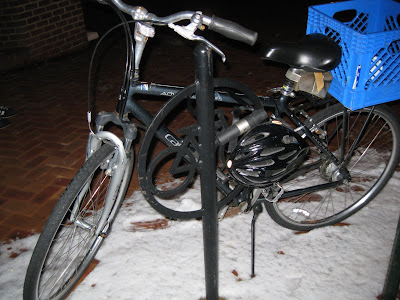 I know it’s not much, but it was good to see something that I enjoy so much. I found the bike rack particularly interesting, since it had a bicycle design on it. That photo was taken in downtown Alexandria, VA, outside of Joe Theismann’s restaurant. I know this isn’t a sports blog, but since my family is from the area, I’m a big fan of the local football team. If you are a fan of that team, then check out this blog. I know better than to try to blog about sports (other than the tiny bit I did today.)


Anyway, if you’re not a fan, then that shouldn’t stop you from visiting this restaurant if you are in the area. The food was awesome, and the prices were pretty reasonable. Check out the dinner that Lunchbox and I had the first night: 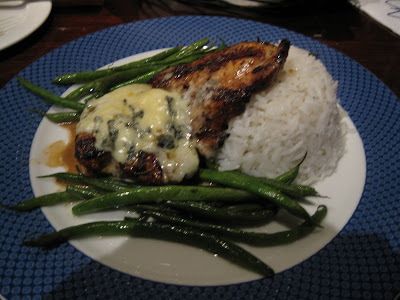 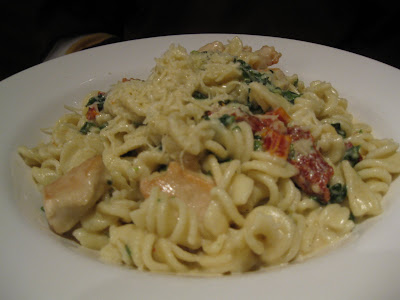 
Anyway, the staff noticed that we were big fans, so they gave us autographed photos of Mr. Theismann: 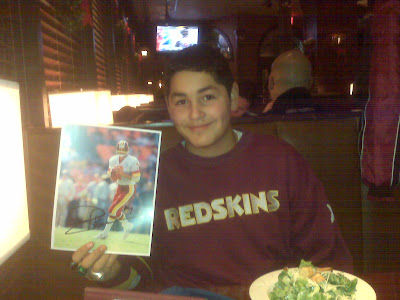 If you are a cyclist and don’t give a shit about football, then you probably don’t know who Joe Theismann is. He was a Super Bowl winning quarterback for the Washington Redskins back in the 80’s, but he is probably remembered more for this:

Ouch. The guy does have a sense of humor though, since one of the beers on tap in the restaurant was the Broken Leg Lager: 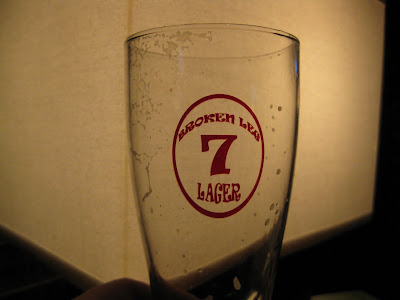 That night wasn’t all about football though. Since we had limited time there, we drove around for a bit to see the sights. Here’s downtown Alexandria all decorated for Christmas: 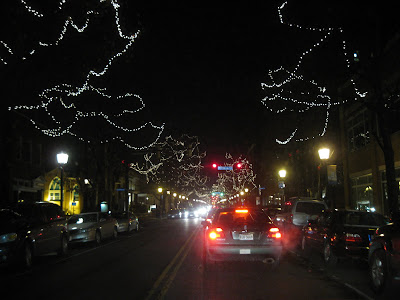 On our way back, we took a quick drive through Washington. I managed to get a couple of pictures: 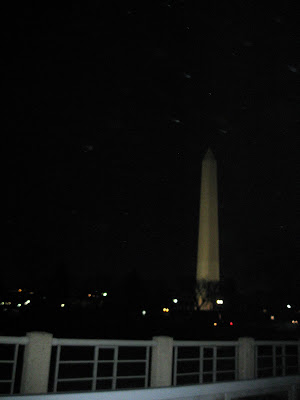 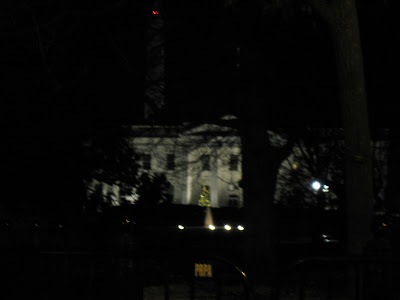 I know it isn’t much, but that’s about all the time we had. The next day we had a little more free time, so we took another trip so Lunchbox could get a history lesson. I’ll be back here tomorrow to tell you all about it. It’s good to be home.
Posted by TheMutt at 8:44 AM