Every so often, I get stuff sent to me here at the B-43 Worldwide headquarters. If it’s something I’ve never used before, then I like to test it out and report my findings here on the blog. These tests are always unsolicited, and usually consist of unscientific use of whatever product I have chosen to try out. If it’s something that I didn’t purchase myself, then I like to give the most honest review possible. That being said, no one has paid me for any kind of review for their products, other than a sample I may have received. Here’s the latest box that showed up: 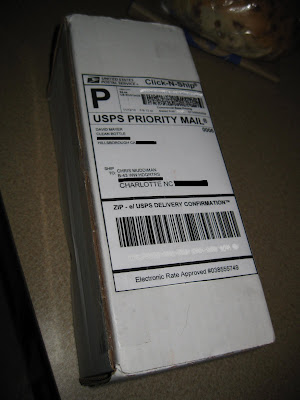 I opened it up to find this: 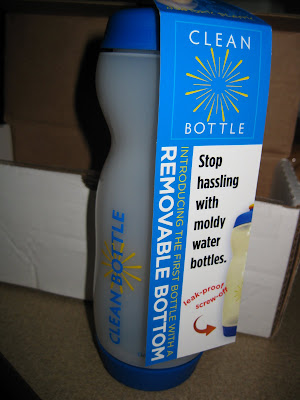 This is the Clean Bottle. If you spent any time over the summer watching The Tour California (roadie stuff, I know), then you may have seen it before. It’s just a water bottle, right? Well, sort of. Here’s some info direct from their website:


Introducing Clean Bottle™, with a patent-pending,leak-proof , screw-off bottom. Gone are the days of trying in vain to wash out that funk at the bottom of your bottles. With Clean Bottle, cleaning and drying are easy.


Clean Bottle is made with 100% non-toxic, BPA-free plastics, making it safe to use over and over. Clean Bottle is also top-rack dishwasher safe, so you can run it in the dishwasher without fear of it breaking down.

And 10% of all Clean Bottle profits are donated to eco and cycling friendly charities that you vote for. It's the least we can do to protect the environment that has given us so many epic rides.


Okay, that all sounds fine and dandy, right? It looked like a good idea, and I must admit that I was intrigued by a bottle that opened up at both ends: 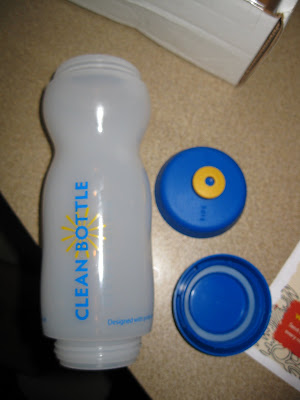 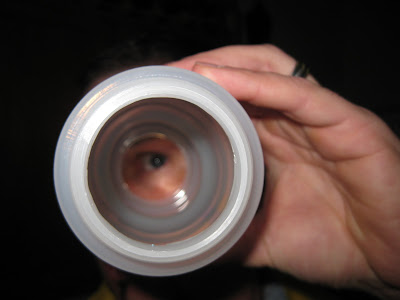 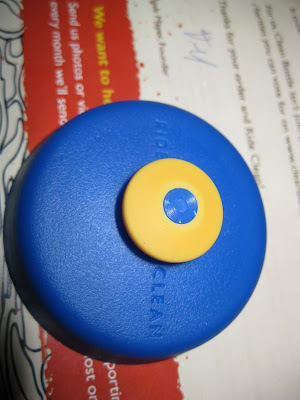 After playing around with it in my kitchen, I decided that it needed a real “on the trail” test (since I ride mostly on the trails.) I filled the bottle with my favorite electrolyte drink, and prepared for my ride: 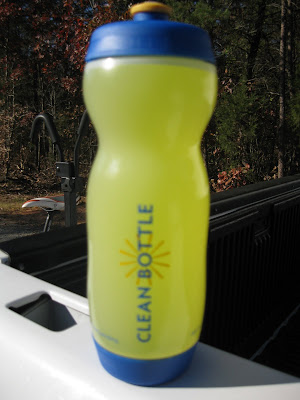 I placed it in one of my bottle cages and told it to hang on: 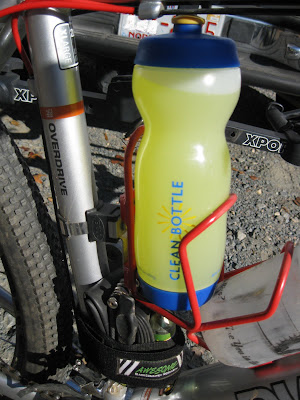 I took a few laps around one of my favorite trails, grabbing the Clean Bottle every once in a while for a drink. I have to admit that I didn’t really pay much attention to how tight the lid was, but that didn’t seem to matter. Nothing leaked out, and I was able to ride without spilling a drop. The only thing I had to worry about was Little Miss Sunshine stealing a drink: 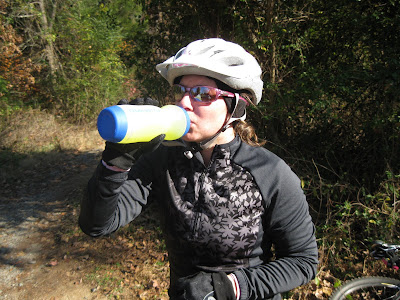 After my ride, I was pretty impressed (at least so far.) The bottle never fell out of my bottle cage. In fact, another rider that noticed the bottle tried it in his bottle cage and said it seemed to fit better. Plus one for the Clean Bottle. Now that I was finished with my ride though, I had to clean it.

I decided to test out the “dishwasher safe” claim first. Most water bottles I own are pretty much rendered useless after a round in the dishwasher. That wasn’t the case with the Clean Bottle. After the dishwashing cycle, I immediately filled it up again to test for leaks. I am proud to say that there were none. Just to be sure, the Clean Bottle accompanied me on my last trip to the mountains for an even better test. No problems there either, minus the one time I forgot to place it back in the cage properly. When that trip was over I washed it by hand, finding it really easy to clean after removing both ends.

A lot of us put more than water in our water bottles. You know, stuff like electrolyte drinks, recovery drinks, etc., which can get the bottle a lot dirtier than water would. I usually forget about my bottles after a ride and leave them rolling around in the back of my truck for a few days. It’s pretty hard to get the bottle clean again after that, but it doesn’t matter with the Clean Bottle. Just unscrew both ends and scrub away. Your bottle will be as good as new.

At $9.95 each they are a little more expensive than regular bottles, but the fact that you can get them clean makes up for the price difference in my opinion. I’ve thrown away some bottles before that I couldn’t get clean. The quality is pretty high for these bottles too, so it’s a good bet that they will last a long time. Don’t believe me? Well, go to their website and get one for yourself. If my review was convincing enough, then order three from them and they will send you a fourth one for free. I don’t get anything for it, but that won’t stop me from telling you how great they are.

I’m just a regular guy with a riding problem, and I’m not usually impressed with something as simple as water bottles. After testing it out on multiple rides though, I’m a Clean Bottle fan now for sure. So, what’s stopping you from going out and getting some for yourself? Nothing? Good. Go get some Clean Bottles and thank me later.
Posted by TheMutt at 8:30 AM