Let’s Continue, Shall We? 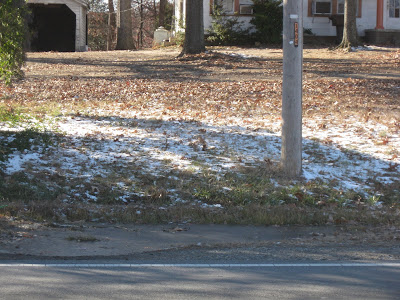 As you can see from the above photo, it’s still too cold (for me) to ride. So, I’ll sit inside where it’s warm and blog about riding my bike. Continuing with the upcoming Southern Classic Series, I’ll keep going down the list of races and decide which ones I think I’ll do. Here we go.

I have no idea about this one. I’ve never ridden anywhere near Beech Mountain (the highest town east of the Mississippi River at an elevation of 5,506 feet.) While that sounds appealing and all, I didn’t know they held cross country mountain bike races there. Maybe I’ll do a little research on this one and decide later. Looks like The Dirty Party Cycle and I may have to take a road trip for a little investigating.

I’ve never been to Clemson, but I have heard that there are trails there. Honestly, I’m not that interested in driving down to Clemson for a race though. The fact that I will probably be racing in South Carolina twice in the series already is enough for me to bail on this one. Anyone out there care to convince me otherwise?

I’ve never been to Fontana, so I have no idea what the trails there are like. The website says this about the mountain biking there:

“Fontana hosts two major mountain bike events throughout the year. The Icycle in January and the SERC sanctioned Dam Jam in August. You can ride the same trails the pros do the rest of the year. So bring your helmet and pads and get out there yourself and put the Mountain back in Mountain Biking.”

Sounds good, but I may have to ride it first to see what I’m up against. I’m certainly not a pro, so I would probably get my ass kicked out there. This one is a possibility, but probably a no.

The Sizzler is a race and not a restaurant, in case you were wondering. This one is high on the list of races I want to do. I tried to get up there last year, but I had a scheduling conflict. I’ll do my best to keep my schedule free so I can sizzle in Greensboro. This one looks like a yes for me.

Again, I attempted to do this one last year but failed. I was on call for work, but I decided to go anyway. I woke up extra early to take care of some work stuff, but fell back asleep and didn’t wake up in time. Work left me alone the rest of the day, so had I not overslept I could have raced. Damn it. I love riding at Dark Mountain, so you can bet your sweet ass I’ll be up there next year.


That’s it for the Southern Classic Series. It looks as if I have my plate full for just this one series. Sure, I’ll do other stuff (which I'll talk about at another time), but I want to do as many races in this series as possible. It should be lots o’ fun, and hopefully I can drag along some of my local cycling pals to suffer with me. Yes, MadSS, Dirty Party Cycle, and Space Cowboy I’m talking to you (or y’all, whatever.)

I took 12 in that series last year, It was you that I didn't drag along to the races