I’ll Leave You With Some Beer 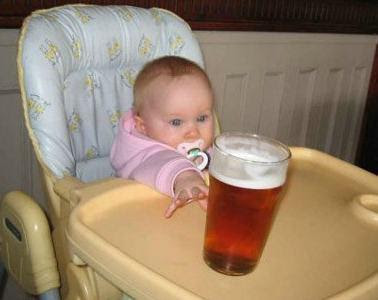 With the weekend coming up, I thought that you might want to drink a little beer. As a lover of the brew, I wanted to share with you another fine beverage: 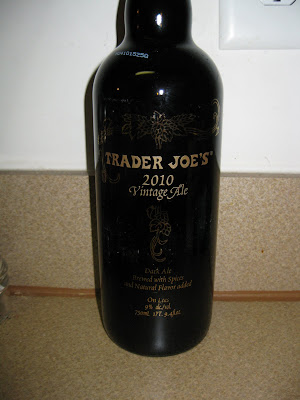 This is Trader Joe’s 2010 Vintage Ale. This bottle was actually purchased recently (hence the 2010 on the label), but I just cracked open the 2009 version. It’s really odd for any kind of beer to hang around my house for more than a few days, let alone a year, but this one was worth it. When I bought this stuff last year, another fellow beer connoisseur informed me that this particular beer gets better with age. I bought two bottles back then, and decided to try it. After chilling the first bottle, I drank it. It was pretty good, but that’s about all I remember about it. I put the other one in a cool, dark location in the house, and didn’t crack it open until this week. 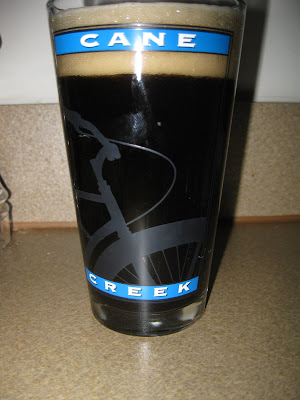 I’m not usually a fan of the darker stuff, but I have to say that this one was awesome. I didn’t remember it being this good last year, so that aging thing must have worked. It’s a Belgian Ale, with about a 9% abv. It’s a little malty (but pretty balanced), and has sort of a cocoa taste (I guess that’s what it is.) It does smell of yeast and citrus a little, and it’s a tad bit spicy. It’s not overly sweet, and actually becomes a little drier as it gets warmer. It’s a perfect winter ale, and at a price of around 5 bucks you can’t beat it. I highly recommend it, if that means anything to you.


Since I was drinking beer already, it was time to bottle my own brew . First, I had to get my bottles ready: 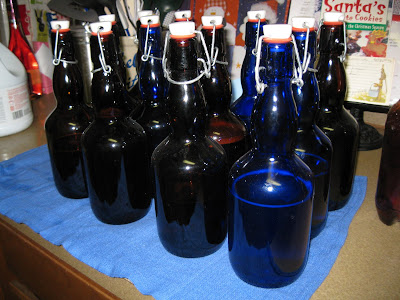 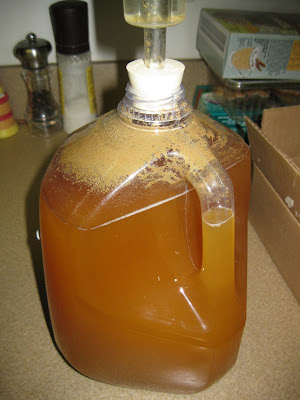 Still looks kinda gross, but I’m sure it will resemble beer eventually.

The bottling was pretty uneventful. I boiled a little corn sugar in water, then mixed it all together. I filled each of my bottles and put them in the box: 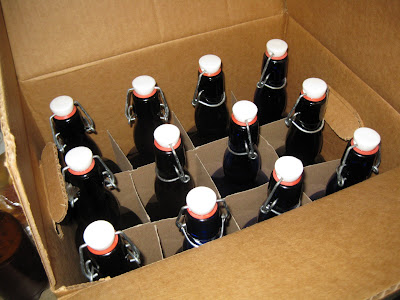 Then I took a little of the leftover brew and put it in my “test bottle.” 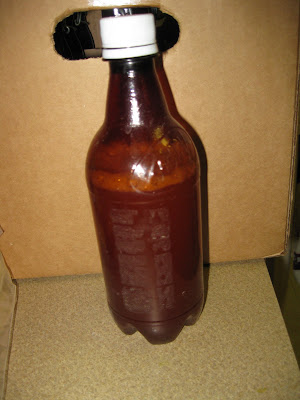 After about 5 days or so, I’ll put this bottle in the fridge to chill. I’ll taste it the next day, and that should give me a good idea of what the finished product will be like. I still had more leftovers though, but it is uh, unusable: 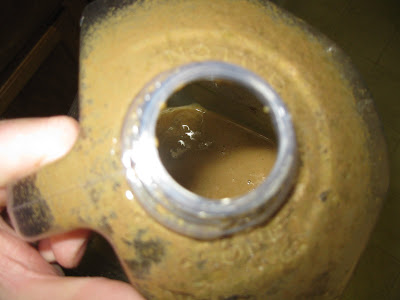 Yuck. I poured that shit down the drain. I packed my bottles away in a safe place, and now I wait for the carbonation magic to happen. I “should” be able to drink this by Christmas. When The Dirty Party Cycle heads over my way on December 25th, we taste it and let you know. I’m looking forward to it. Even if it’s not great, it’s probably still better than most of the so-called “beer” that gets marketed to the masses (I’m talking to you, Bud, Miller, and Coors.)


That’s it for me for a while. I’m not sure when I’ll be back on here. Probably next week sometime (at least for a few days anyway.) I have to take a few days off because we had a death in my family. Lunchbox and I are heading up to the Washington D.C. area tomorrow morning to pay our respects. I know you expect me to be here every weekday, but this is more important. I hope y’all are here when I get back (maybe Tuesday, but Wednesday for sure.) See you then.
Posted by TheMutt at 8:05 AM

I have a bottle of Sam Adams Triple bock labeled 1997! I should probably crack that bitch open! Maybe Xmas day?????????

Yes sir, let's do it. I'm down for some Christmas drunk action.


WV: neudere - what the French do to their dogs.