Back To The Show


After the Ride forReading I headed back to the DeFeet booth at Interbike. I actually got to work, selling some of these special edition Interbike socks. 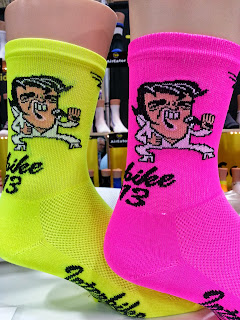 Elvis is still alive, right? Only in Vegas.


Anyway, we had a quite a few guests over the first two days while I was there, and one of the most entertaining had to be former road and track racer, bike messenger, movie star and Olympic medalist Nelson Vails. 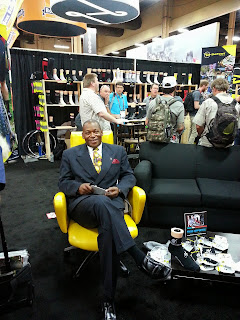 
Sorry it's not in Engrish.  I couldn't find anything else.


I bet Dicky cheers every time he watches it.


Nelson was a pretty cool guy, and he kept us and our booth visitors entertained. DeFeet makes socks for him, and he had some samples on the table. 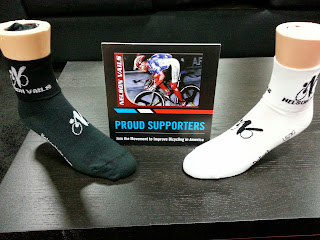 I eventually left the booth and walked around again, and before long I spotted a familiar face. It was Charlie Kelly, one of the pioneers of mountain biking. I talked to him for about forty five minutes, and it was like chatting with and old friend. He had plenty of stories (none of which will be shared here to keep people from getting their feelings hurt), and when I tried to thank him for what he and his friends help start he laughed.


“We didn't know what the fuck we were doing.”


At least I got photo with him before I ran off. 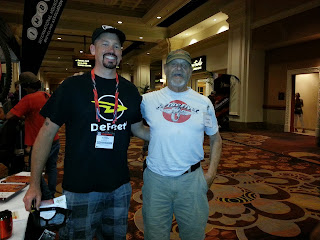 I walked around for a little longer, taking photos of everything (I'll share in a few, hold on.) Eventually I started noticing free beer popping up everywhere, so I made it my mission to DRINK ALL THE BEERS! 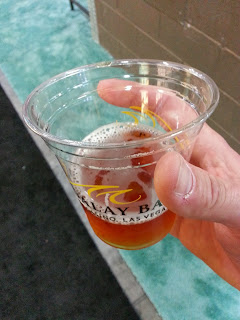 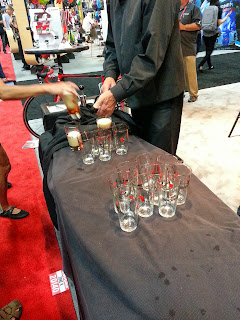 
My mission was a success, so I started to head back to home base. That's when I got summoned over to the Ergon booth by Sonya so I could join their party. 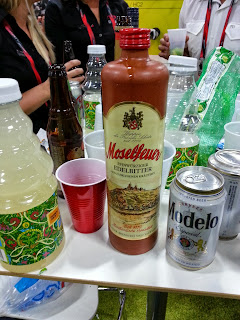 Strange German music and alcohol I can't pronounce scares the shit outta me, so I went next door to the NoTubes booth to get away from it. It didn't take long for her find me though, and she was trying to fatten everyone up with some kind of delicious-looking pie. 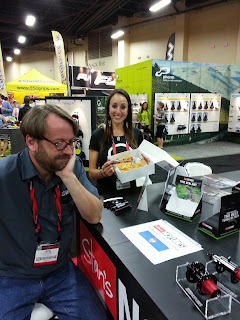 I am also afraid of pie, but the guys in the NoTubes booth weren't. Especially Mr. NoTubes, Stan, who chowed down like he hadn't had a good dessert in years. 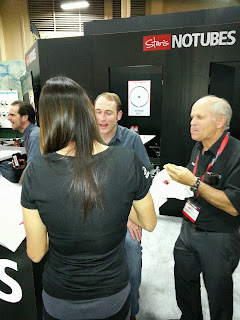 Or maybe he was enjoying the booth girls across the way. 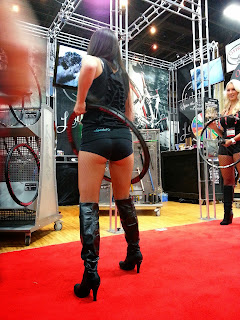 Have I forgotten to mention bikes? Crap. I'm sorry. I still have another day this week, so don't get your panties in a bunch. I don't feel like writing anymore today though, so I'll just post up some pretty pictures for the rest of this post. 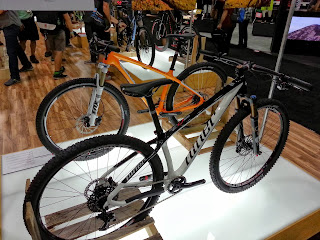 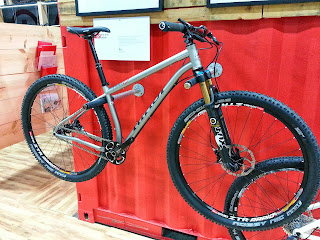 My next bike, perhaps? 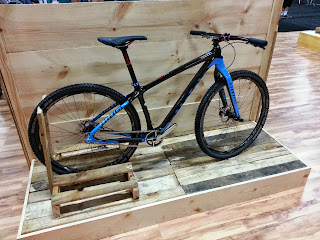 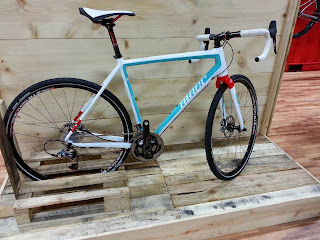 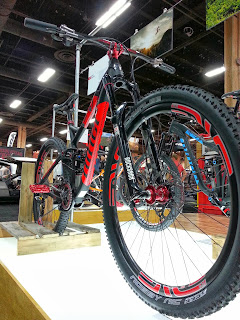 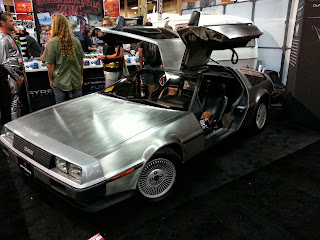 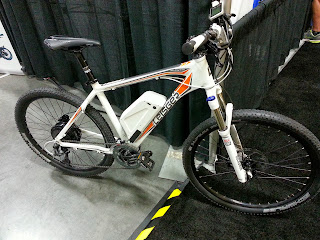 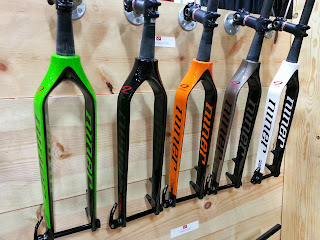 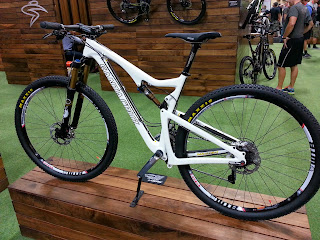 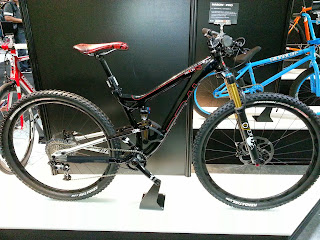 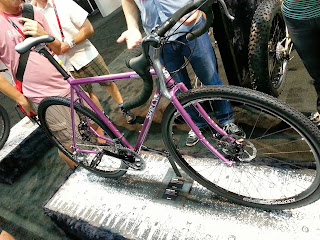 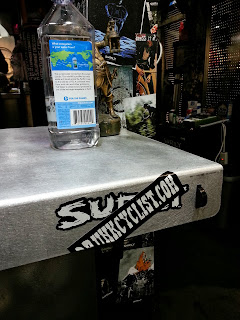 See, Surly is down with Drunk Cyclist 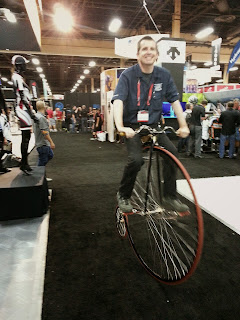 So, what you are saying is that Sonya was stalking you?