With no chance of getting on the trail over the weekend and tiring of short trips to the store and back, I finally broke down and took the road bike out for a spin.  With only 15 p.s.i. in the tires I knew it had been a while since I’d been on it, and I also knew that it wouldn’t be much fun for me unless I had some kind of destination.  Going out for a Strava-based hammer fest just isn’t fun.

So I hit the road. 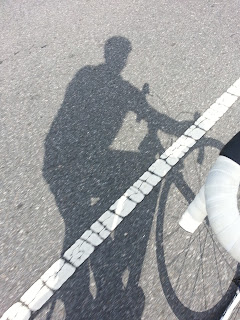 It was one of the most beautiful days we’ve had here in in a long time.  Cool temps, clear skies, and light traffic would make for a pleasant ride.  Just in case, I put on my high visibility yellow DeFeet socks. 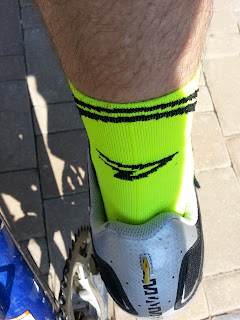 The road out of my side of town was a little busy, but eventually I found a new road that doesn’t really get any use yet.  It even had a bike lane. 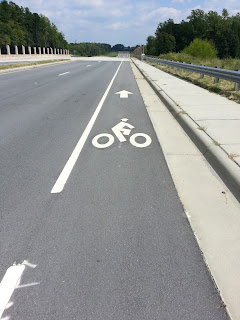 I headed north, and I have to say that I was kind of enjoying the ride.  I mean, I was outside riding on a bike.  Not exactly the kind of bike I wanted to be riding, but it was good enough that day.  My destination was The CyclePath, since I figured hanging out there would break up the monotony of road riding.

They even had VIP bike parking. 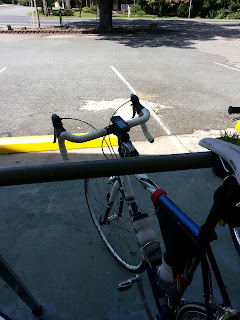 I rolled in just as a group of roadies had just finished their road ride.  They looked really serious, and I’m glad I wasn’t part of that shit.  I hung out in the shop for a while, helping out when I could.  I like to “work” there, especially since they always seem to get really busy when I walk in.  The rest of the time I just sat there checking out the Niner demo fleet they had. 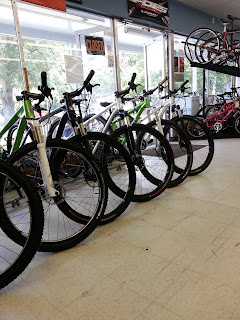 It was time to go.  After only seventeen miles I wasn’t tired, but I knew the ride home would be boring.  I decided that I would slow down the pace a bit and see if I could have a little fun.  Just down the road from the shop, I spotted a veterans memorial so I stopped to check it out.  As a former soldier in the Army, I thought I should get a photo. 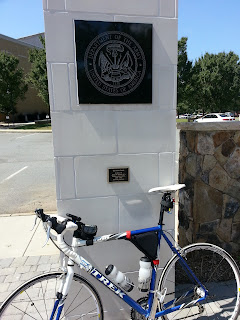 Back on the road, I took time to enjoy the ride.  Looking for something else to do, I found a yard sale. 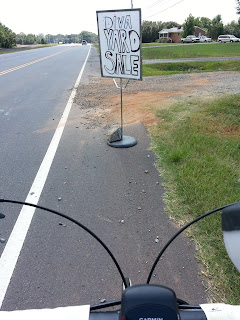 Were the Dirt Divas selling off their stuff?  Weird.

Four miles into my return trip, I was bored already.  I decided to stop for some
refreshments.” 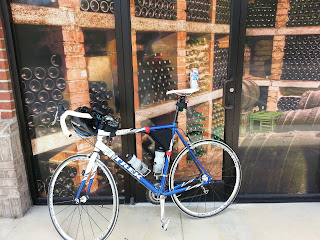 I mean damn, I am a Drunk Cyclist you know. 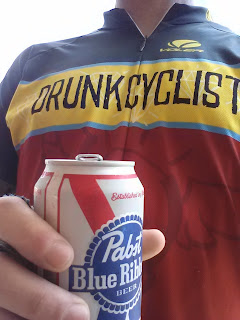 That was the best beer they had in the cooler.  So sad.

Back on the road, I got ready for the rest of my boring journey.  All of a sudden, I spotted something out of the corner of my eye. 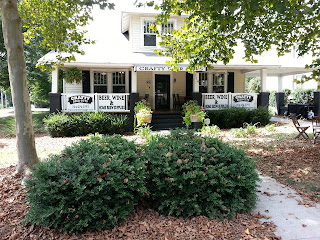 I quickly pulled over, parked my bike, and walked inside.

“Is this heaven?” I asked 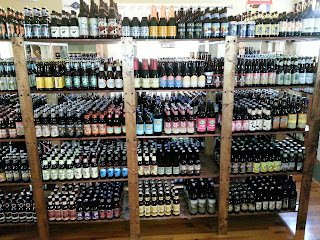 They had lots of beer on tap too, but I knew I couldn’t hang out all day (for fear of not making it back home.)  So, I grabbed something to go and hit the road again. 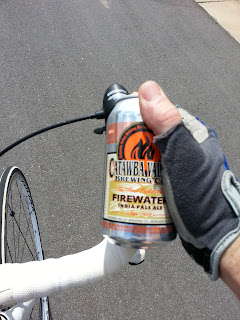 Dude! You can;t post that and not say where that shop was!