And just like that, things are back to normal. I’m riding my bike for fun, thinking about racing again, and most importantly, the weather is cooperating. After weeks of shit weather, most of the trails around here are finally in good enough shape to ride again. Our usual Tuesday night social ride is back on again, and I couldn’t be happier. The gang was all back together, and we had a blast.


Mostly because we couldn’t stop laughing at the pie plate that Eastwood had on the Glow Worm. 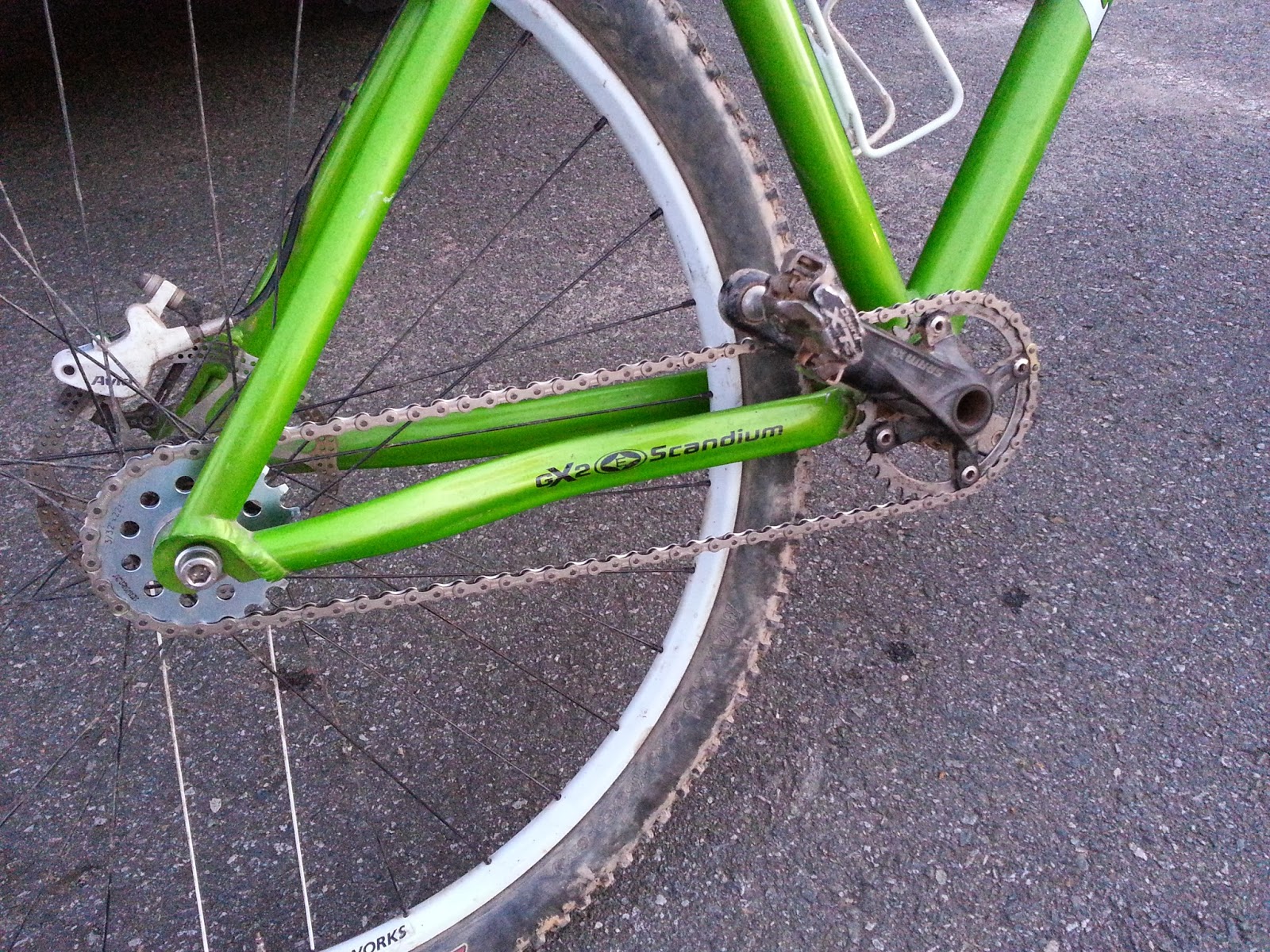 There was a down side though, as one of our riders had a mishap with his crabon crank. 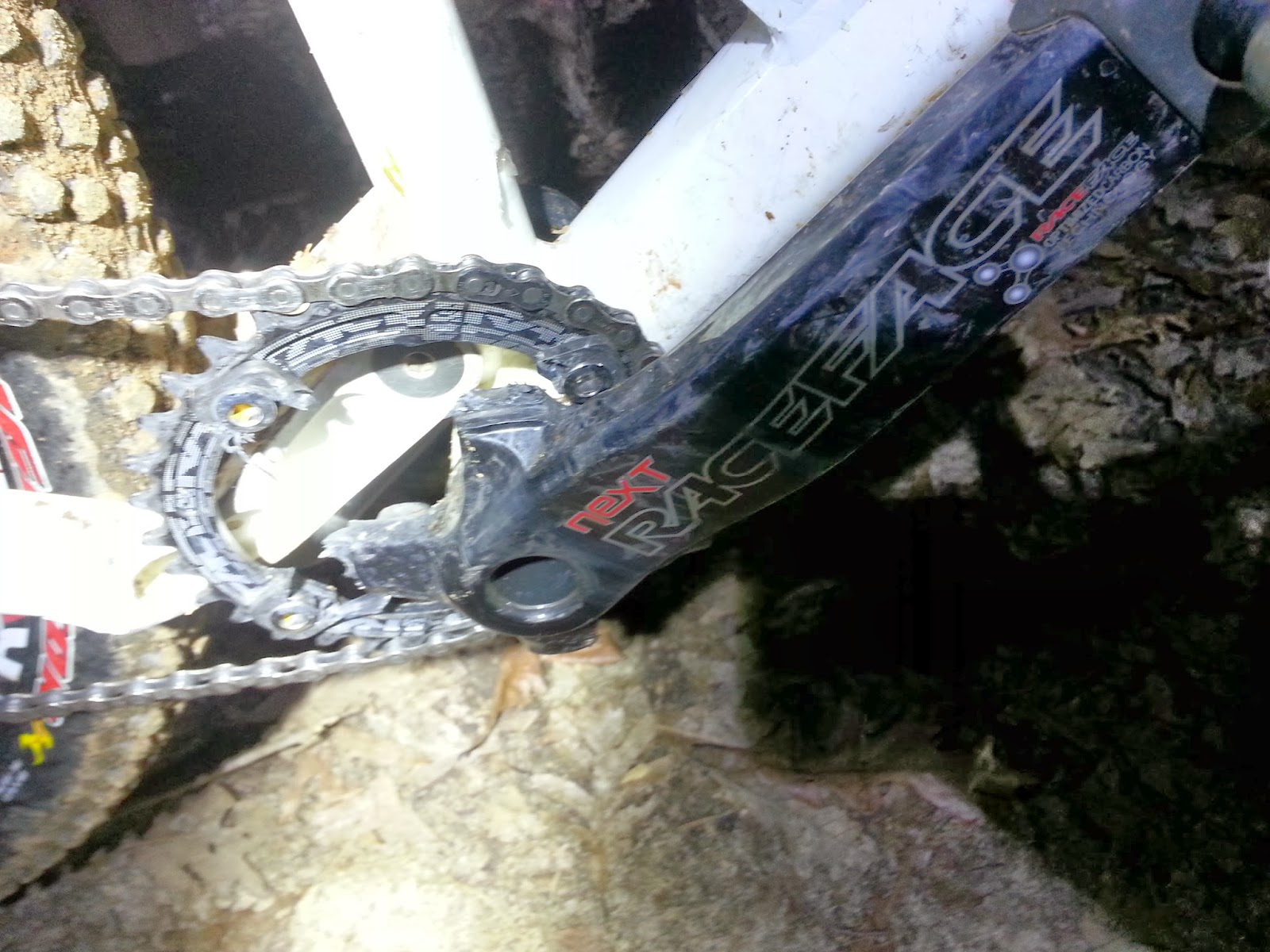 At least the Charlotte Niner crew was back together again. 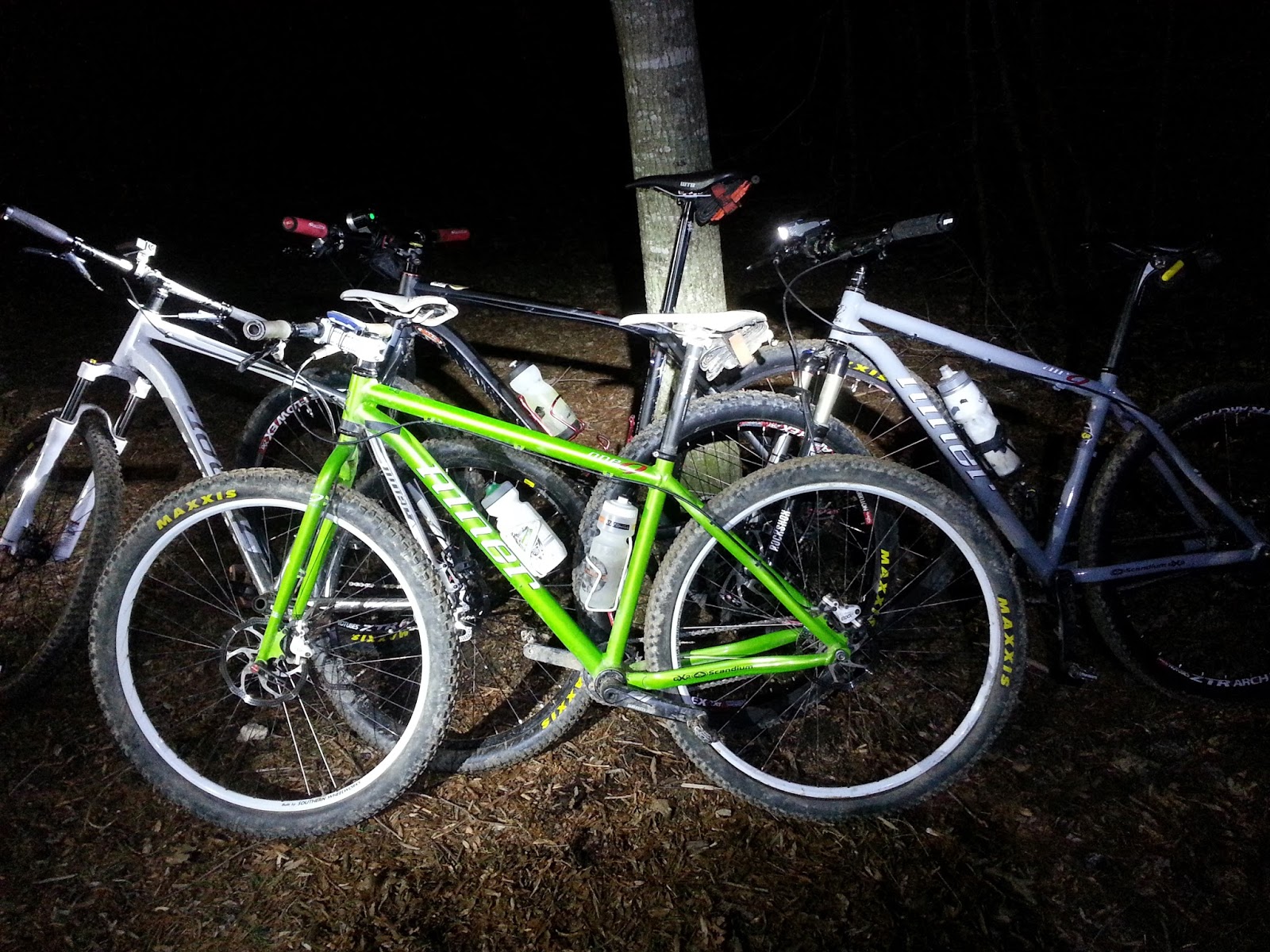 TomTom probably had the most fun though, because one of those bikes there is his. Yeah, he got a new bike. Us Niner folks around here pestered him about it enough, so he finally jumped on the big wheel bandwagon. He shopped for a while and finally gathered up all the necessary shit to build it, so he came over to the house to put it together. 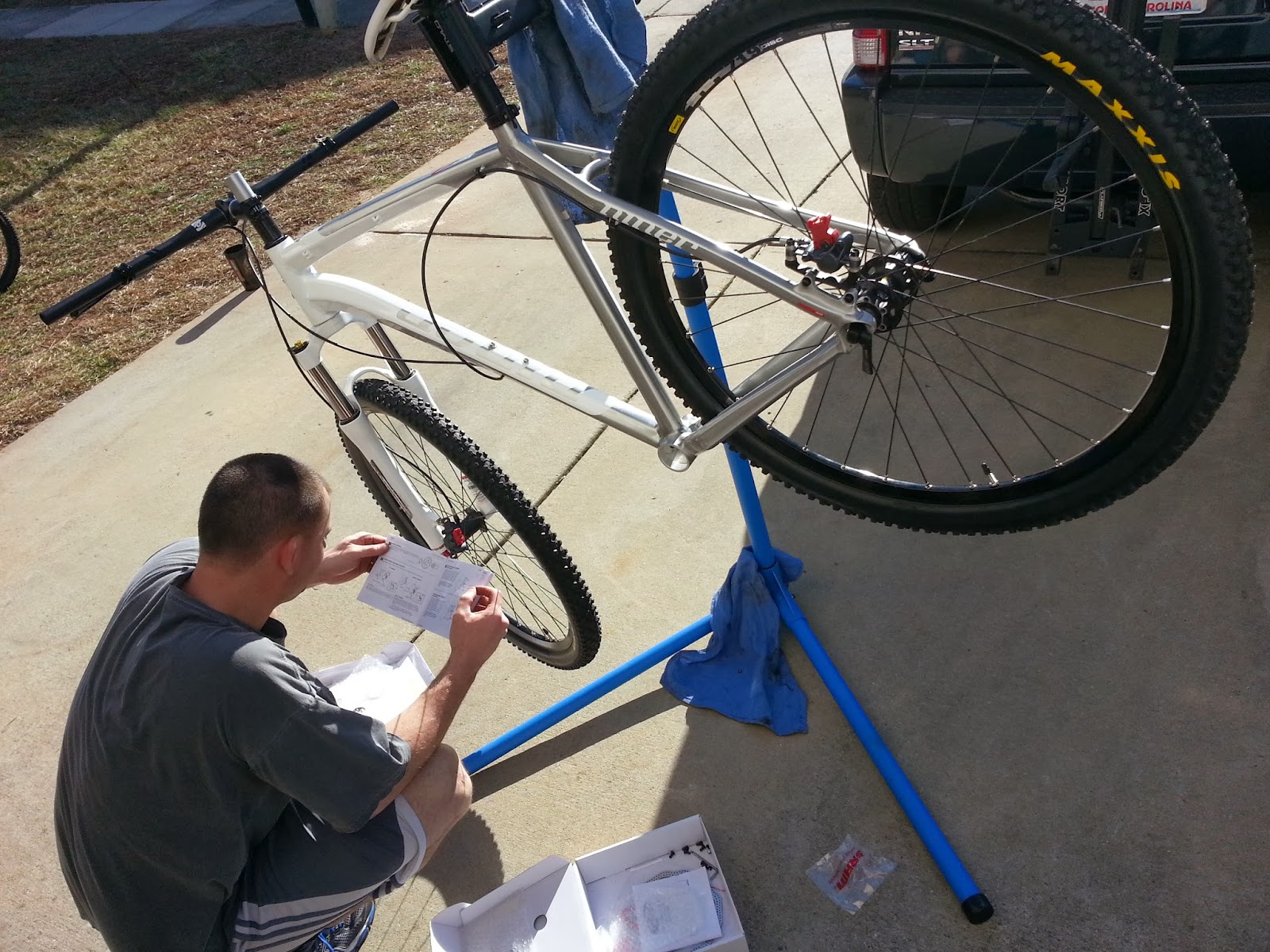 Since this was the first time he’d put together his very own mountain bike, I tried to let him do most of it under my supervision. After a couple of small mishaps with the pressfit bottom bracket and the rear brake hose, we were moving along. A few beers later (for me), it was done. 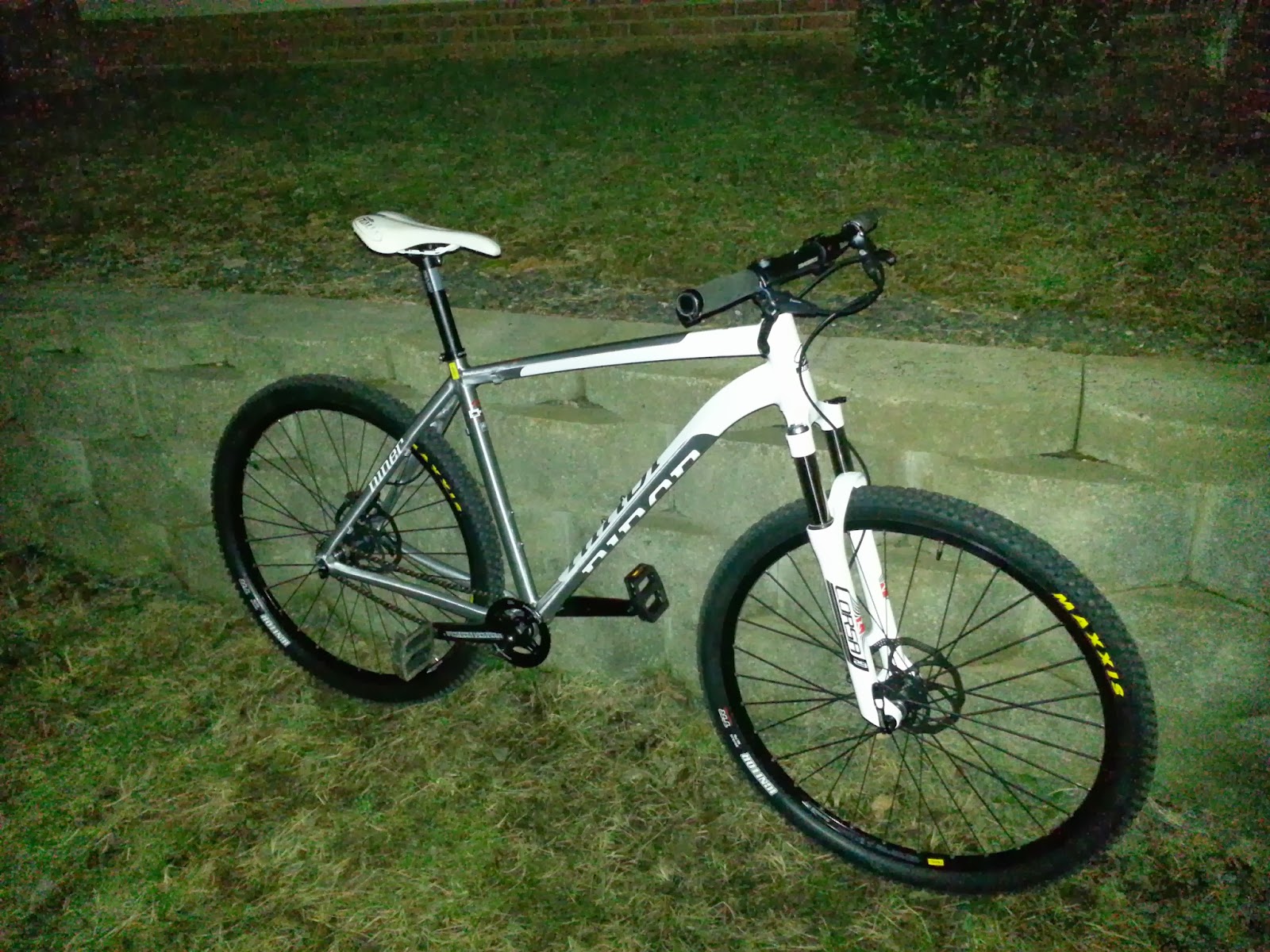 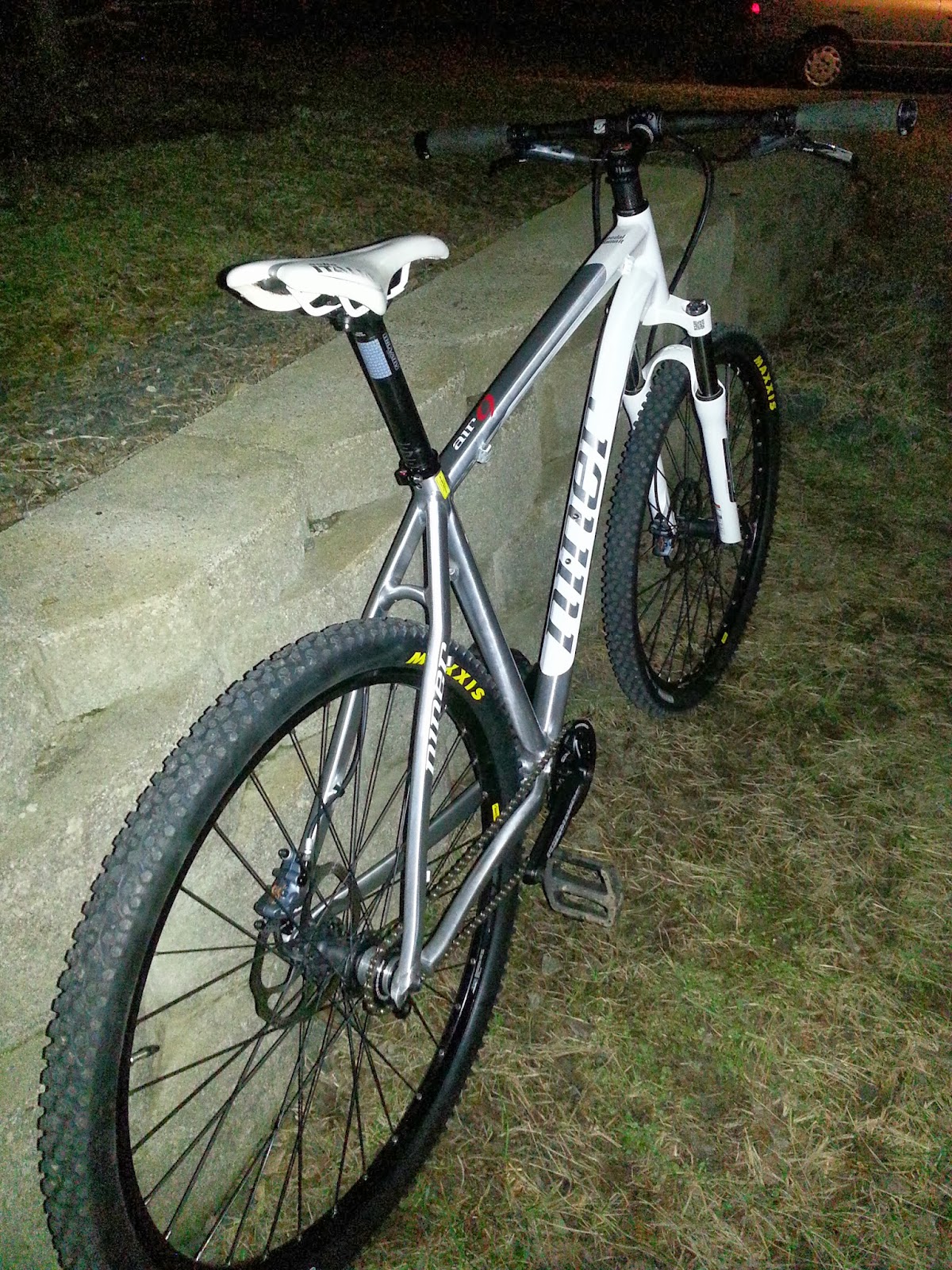 Yes, we also suckered, I mean helped him decide to go single speed. I had a little trouble finding the “magic gear” to run it without a tensioner, but eventually it all worked out. With a 32 tooth ring up front, a KMC half link, and a Misfit Psycles 19 tooth cog he was ready to roll.


Even though it wasn’t my bike, building it made my day. In fact, it helped me find my mojo again to make bikes more fun. A road ride that morning, building a new bike for a friend (and creating a new single speeder in the process), and even heckling at a local race was just the kind of weekend I needed.


Now I just have to keep it going. Luckily I’m building one more bike (for me this time.)

Maybe, just maybe I’ll talk about that tomorrow.
Posted by TheMutt at 8:41 AM