Last race of the 2014 Winter Short Track Series.  We decided to pick up some party supplies and make things a little more interesting. 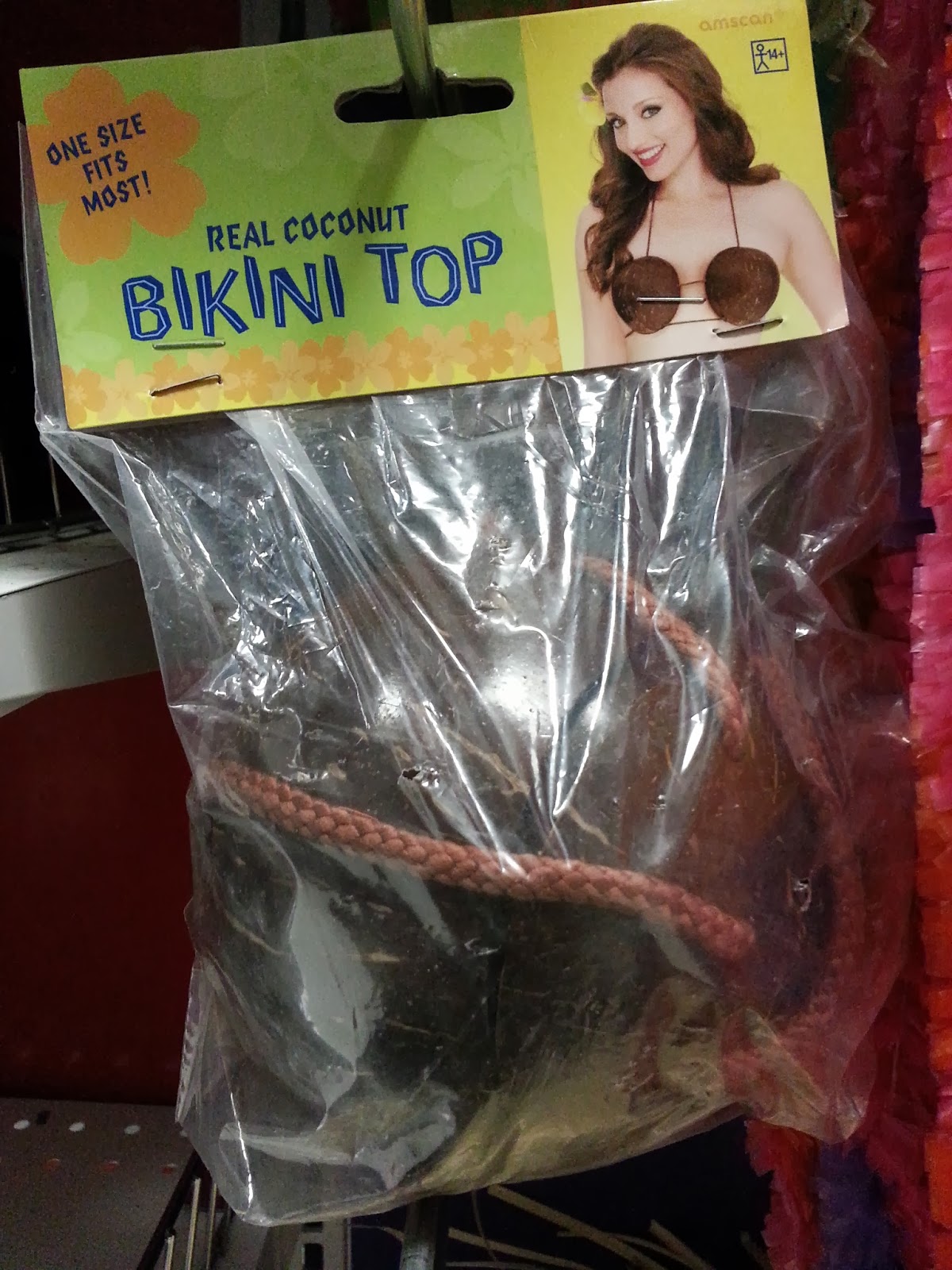 You see, Lunchbox is pretty much down for anything. 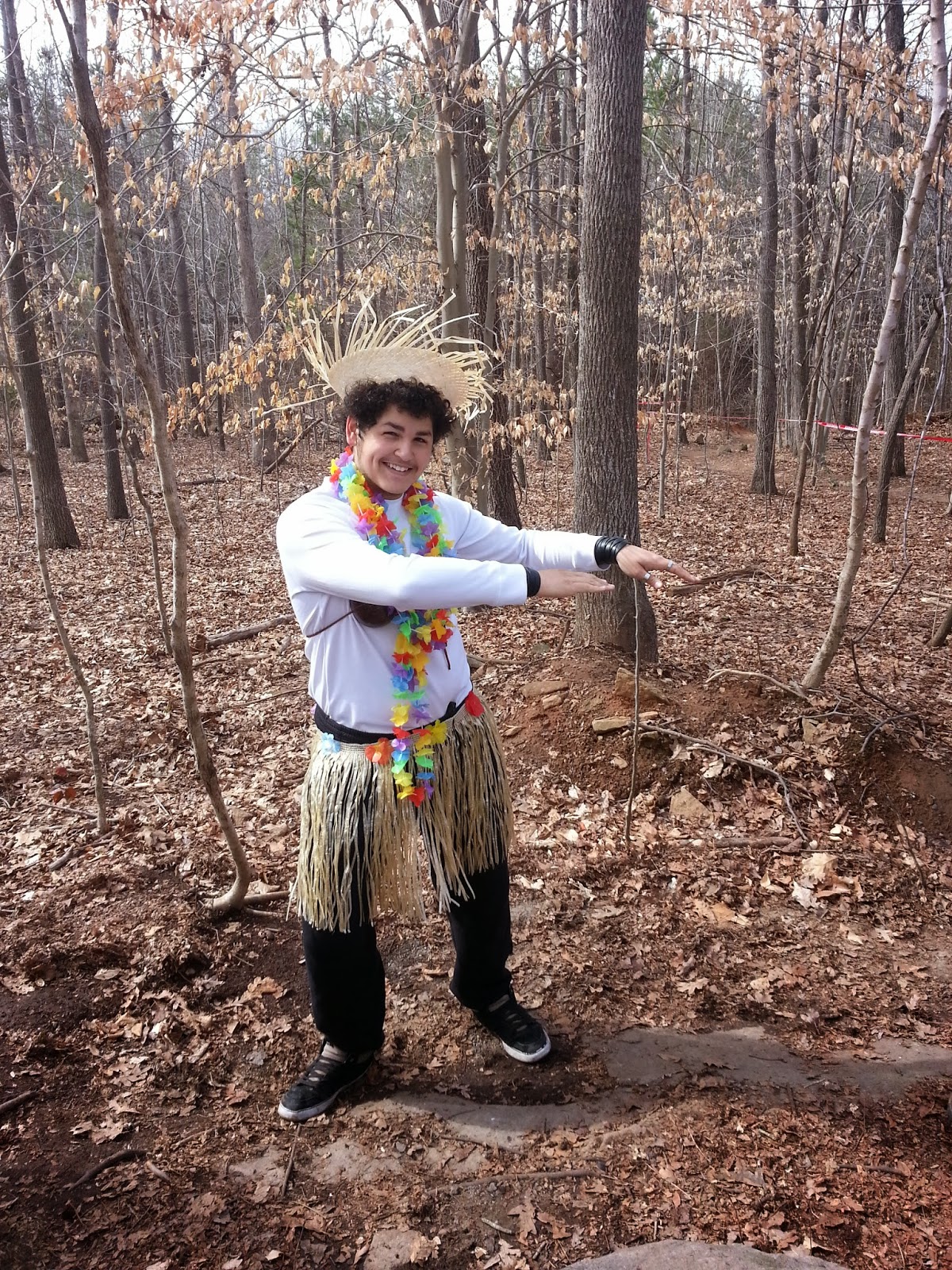 With different costumes, it was pretty much the same as before.  Racers raced, and us woods-dwellers drank beer and heckled. 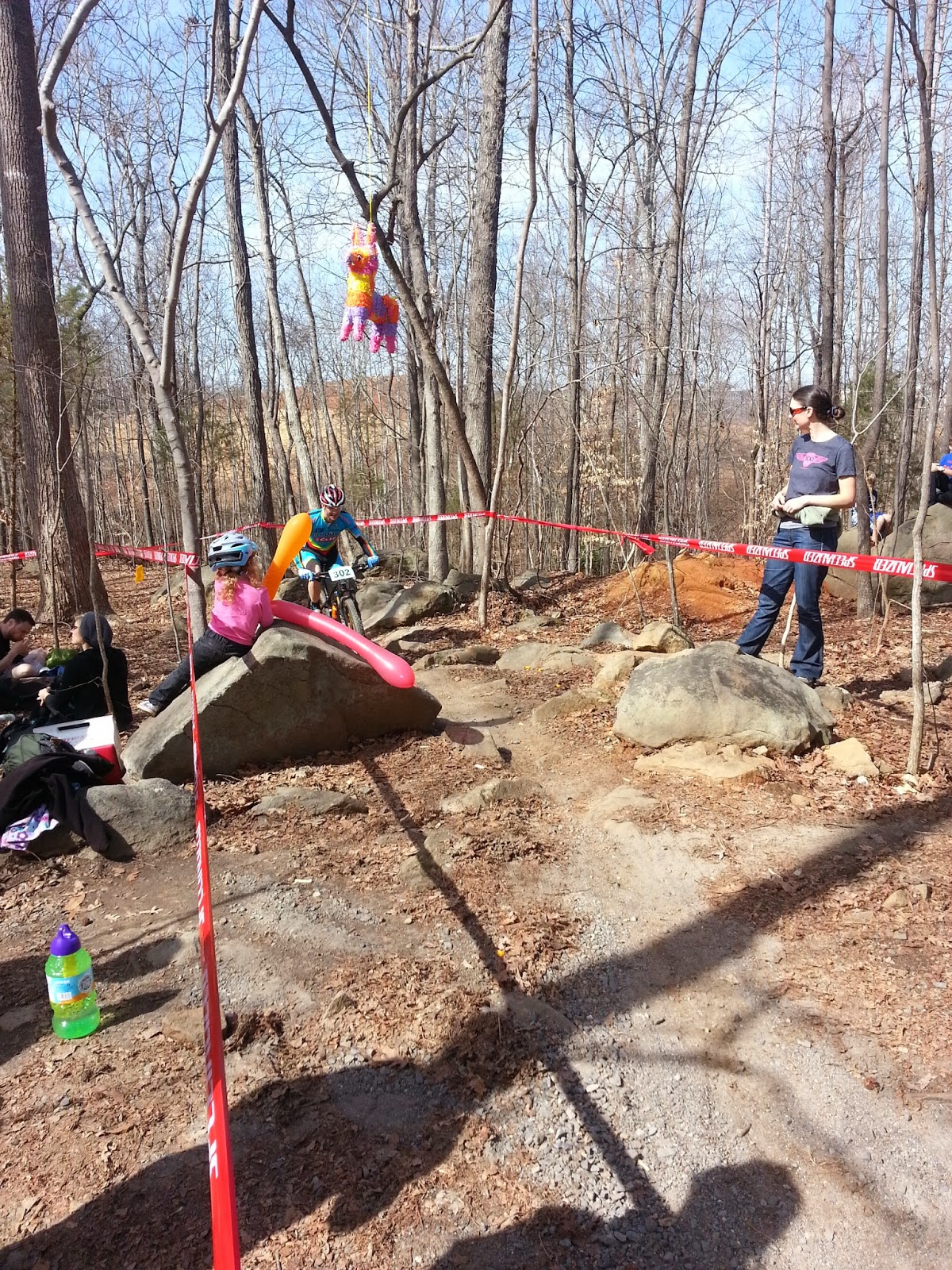 Until the single speeders came out and the piñata grew a giant pink penis.  Just in time for Dicky to ride by. 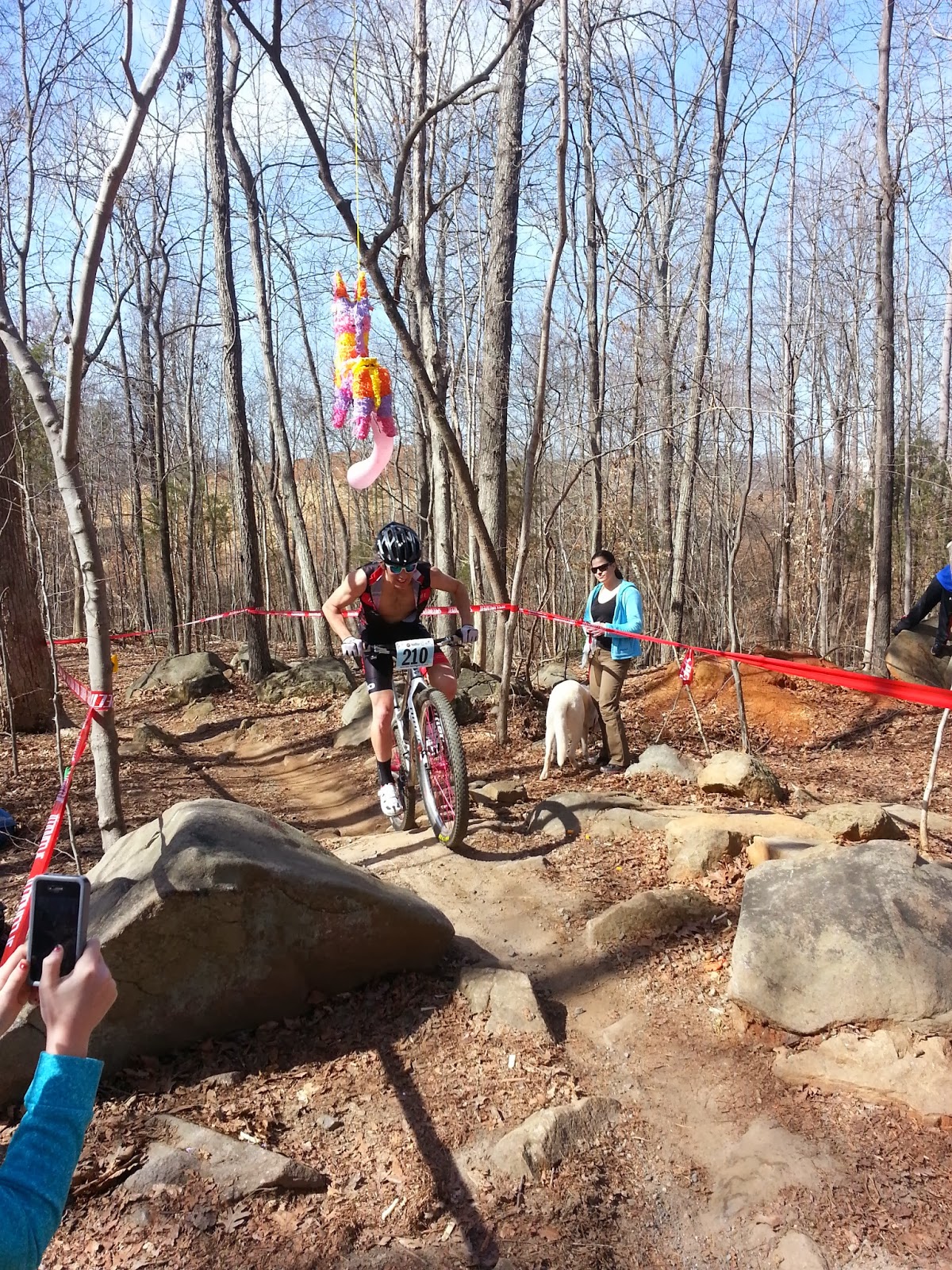 Shit got really weird when Zac rolled through, when a cloud of smoke appeared out of nowhere. 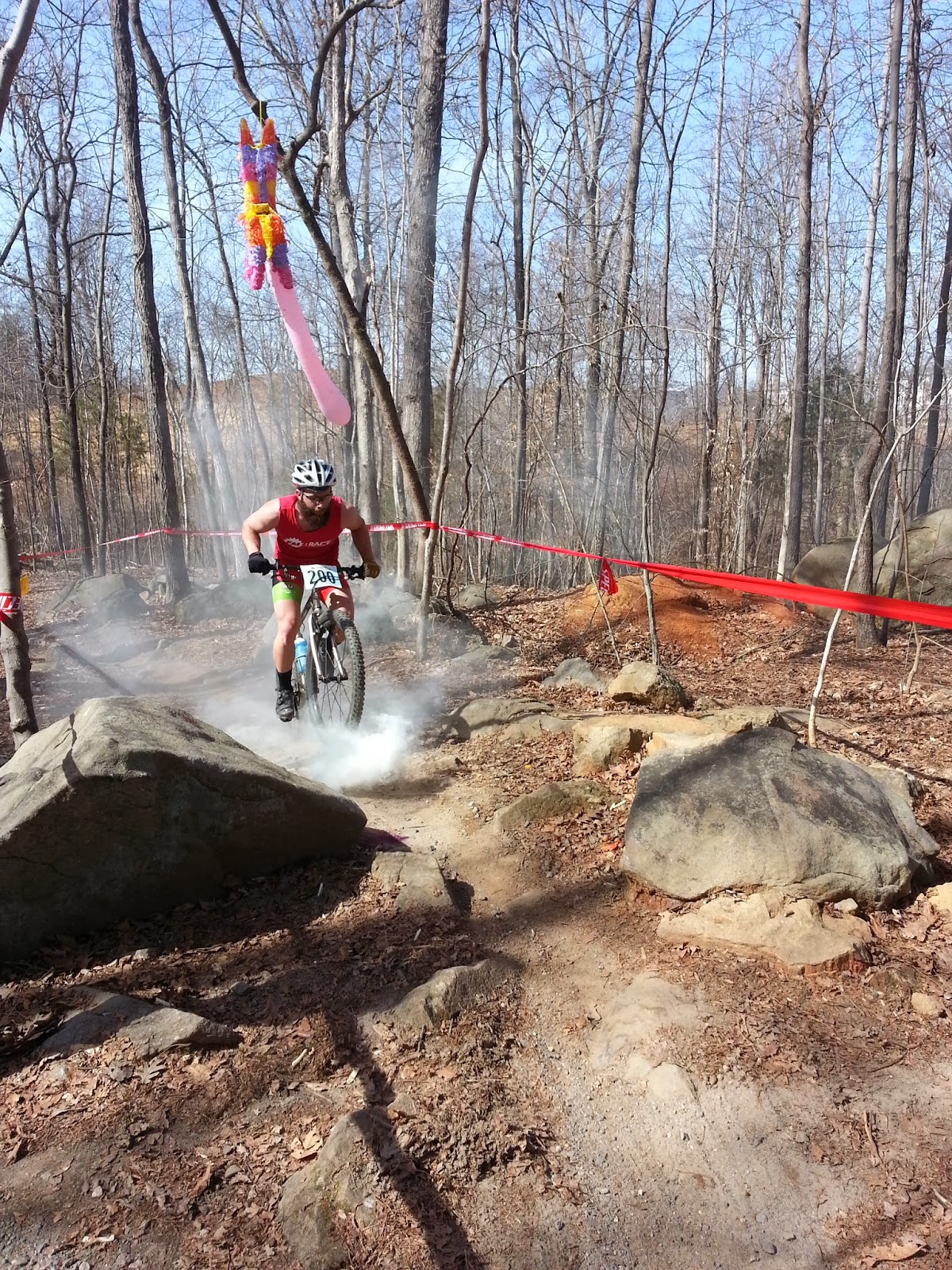 Even though it was the last race of the series, for some reason no one tried to bust the piñata.  When Faster Mustache's Paul C. found out it was filled with delicious chocolate doughnuts, he decided to go for it in a non-violent way. 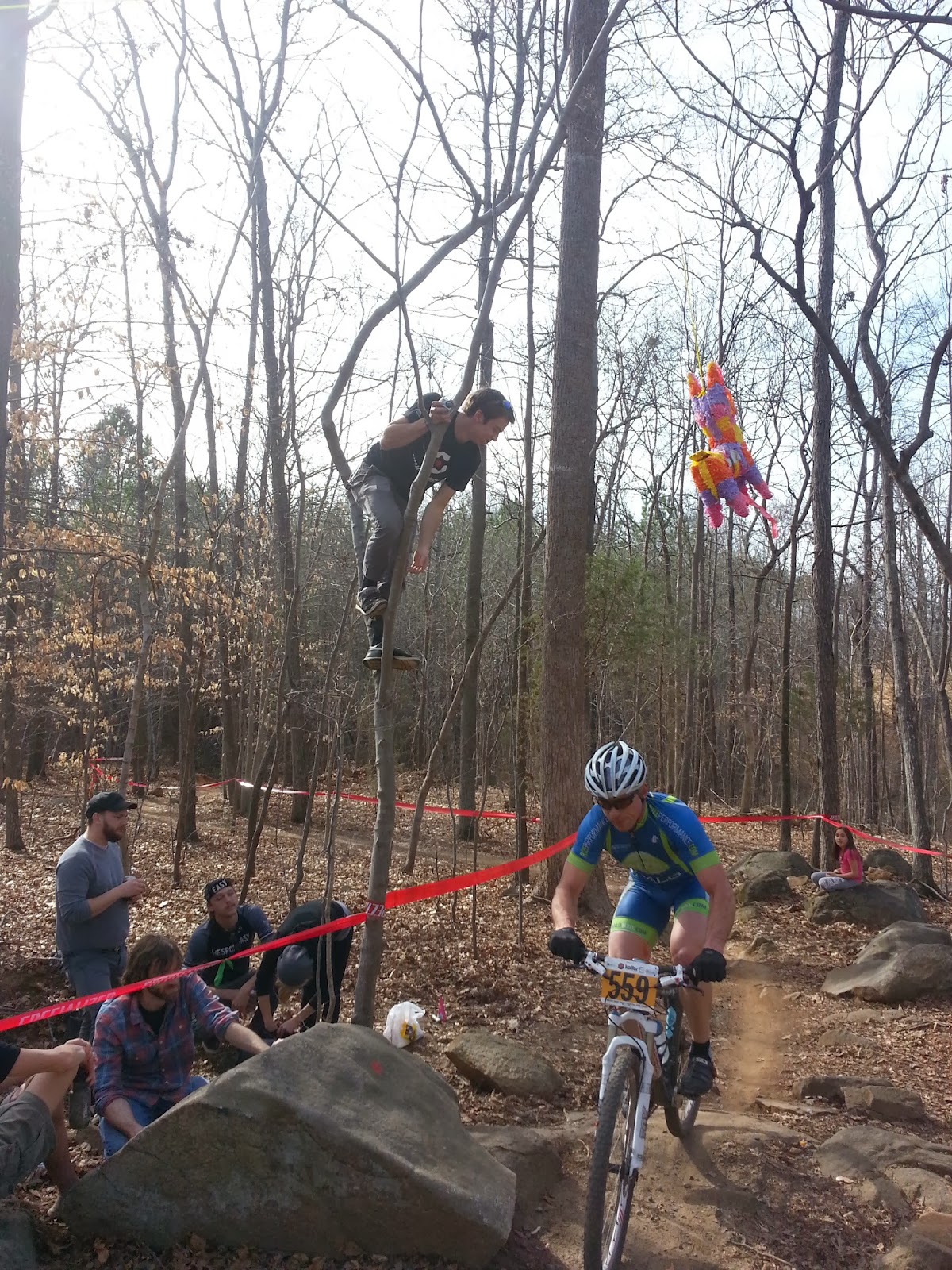 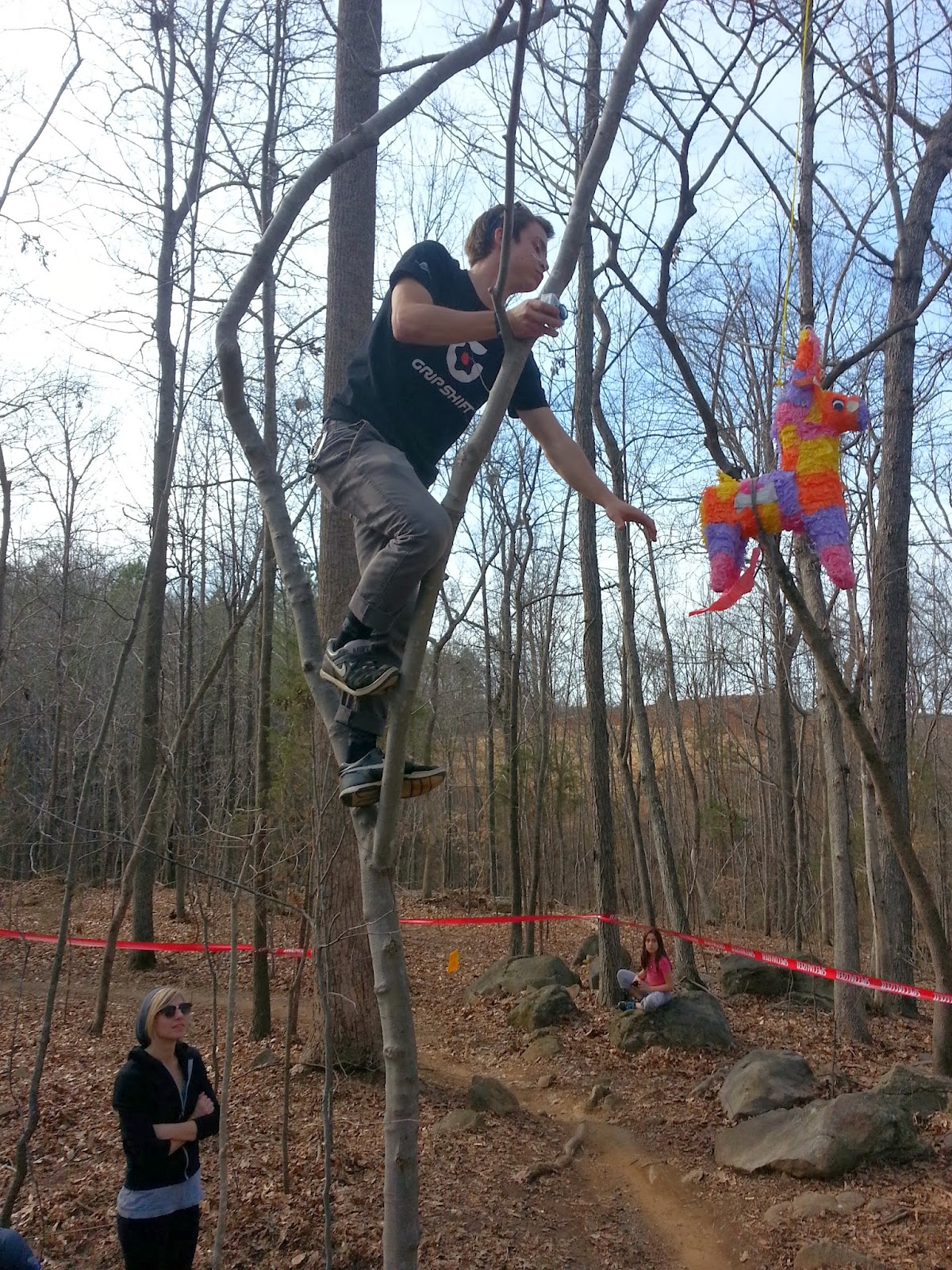 Mmmmm, nothing like digging in a donkey's ass for a tasty treat.

I think he started a trend, because Joey got in on it too. 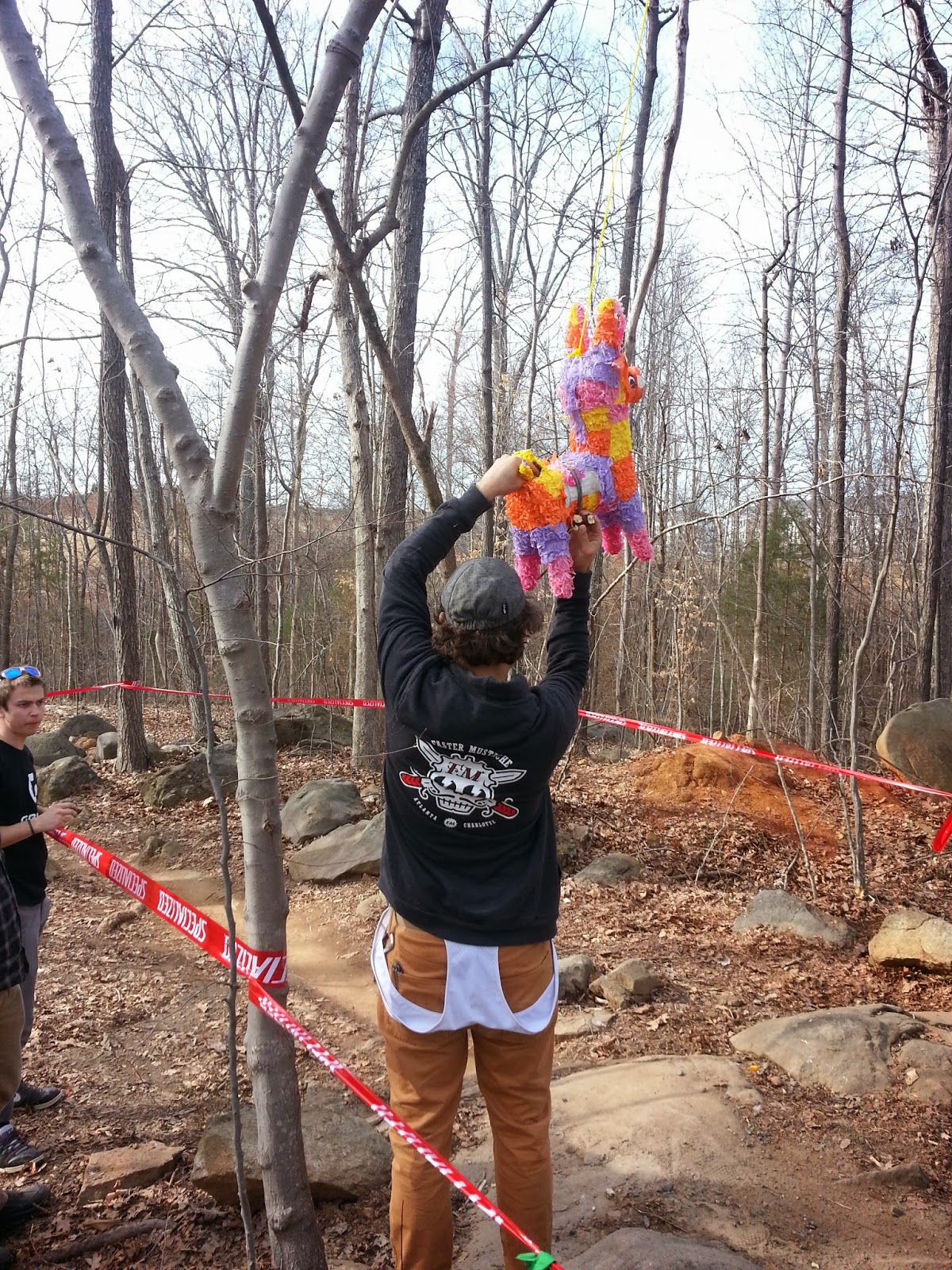 Turns out he wasn't hungry though.  He put one on a stick to give to the racers. 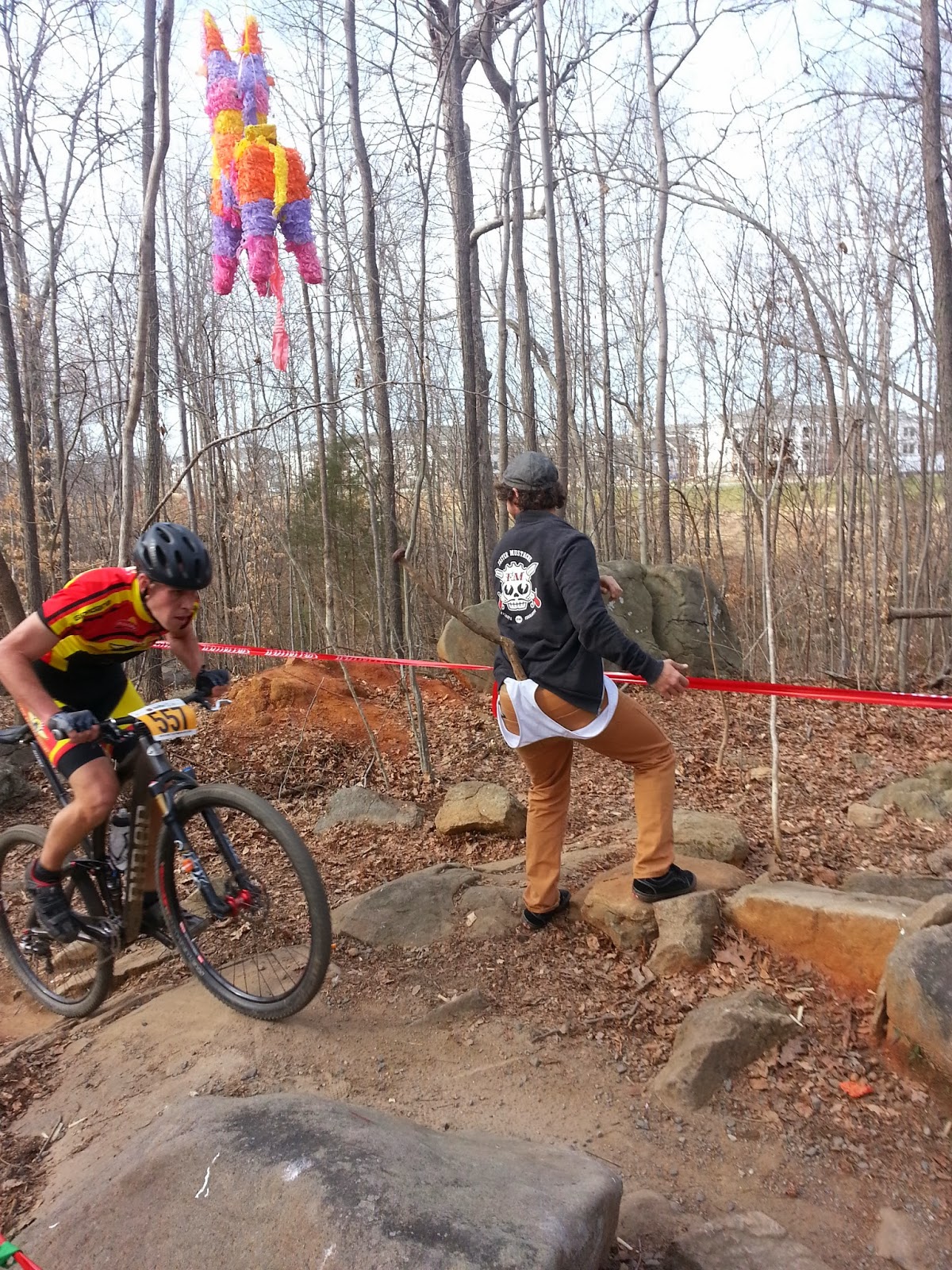 What a nice guy.

The day flew by.  Before we knew it, the race was over.  Lunchbox decided that he'd had enough of our doughnut-filled friend and put him out of his misery. 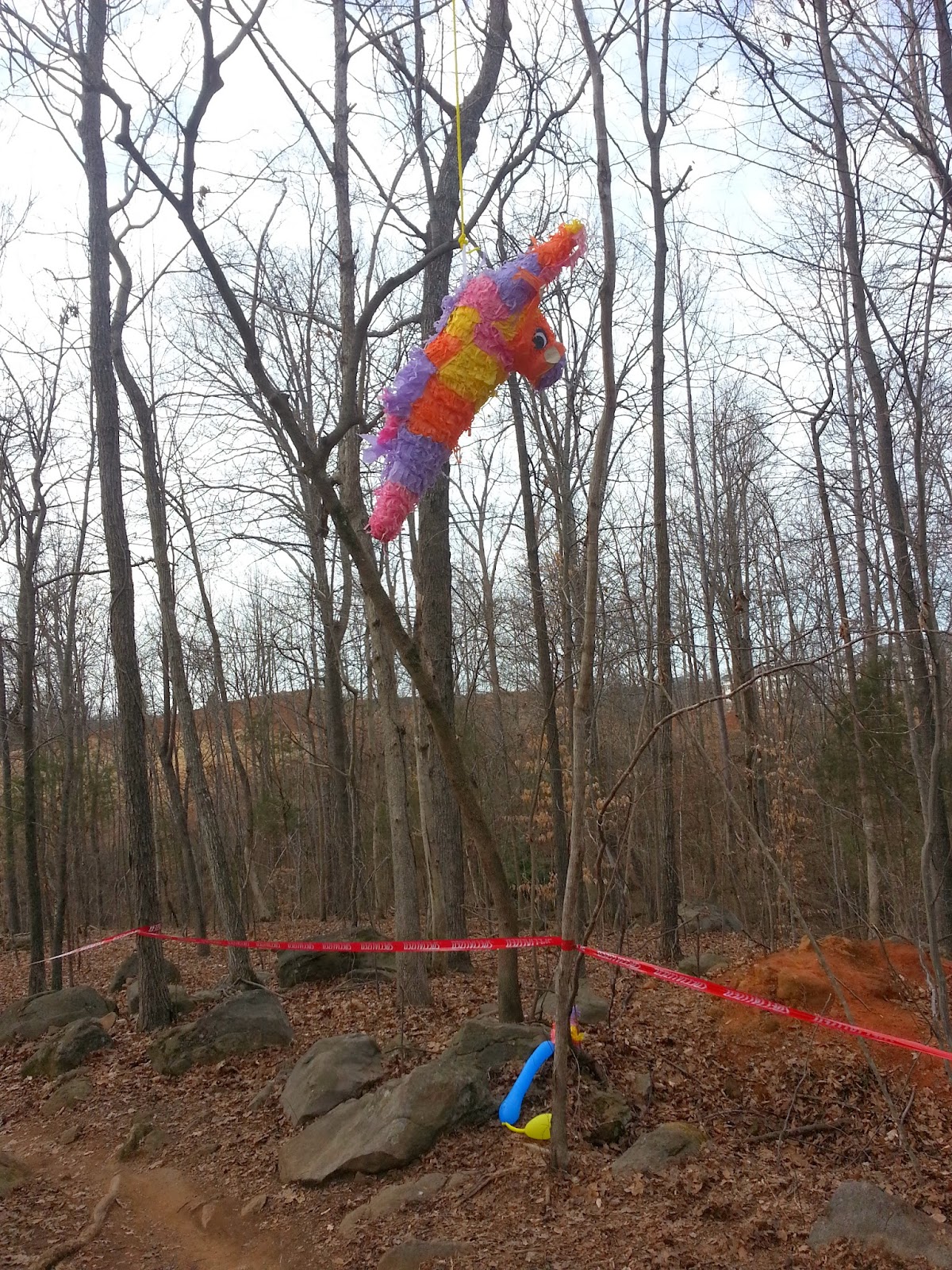 What an awesome series.  We had a blast in the woods, and we heard nothing but good things from the people that raced (and had to put up with our shit.)  I've raced this series for last few years, so I understand how much it helps.  Not racing at all was a little weird, but I guess I just needed to have some fun around bikes without actually riding my bike.

Things are looking up.  I can't wait for next year.
Posted by TheMutt at 8:12 AM