Race number four of the Winter Short Track Series. Balloons,  piñatas, doughnuts, and the like were on hand once again, but this time there was a surprise. 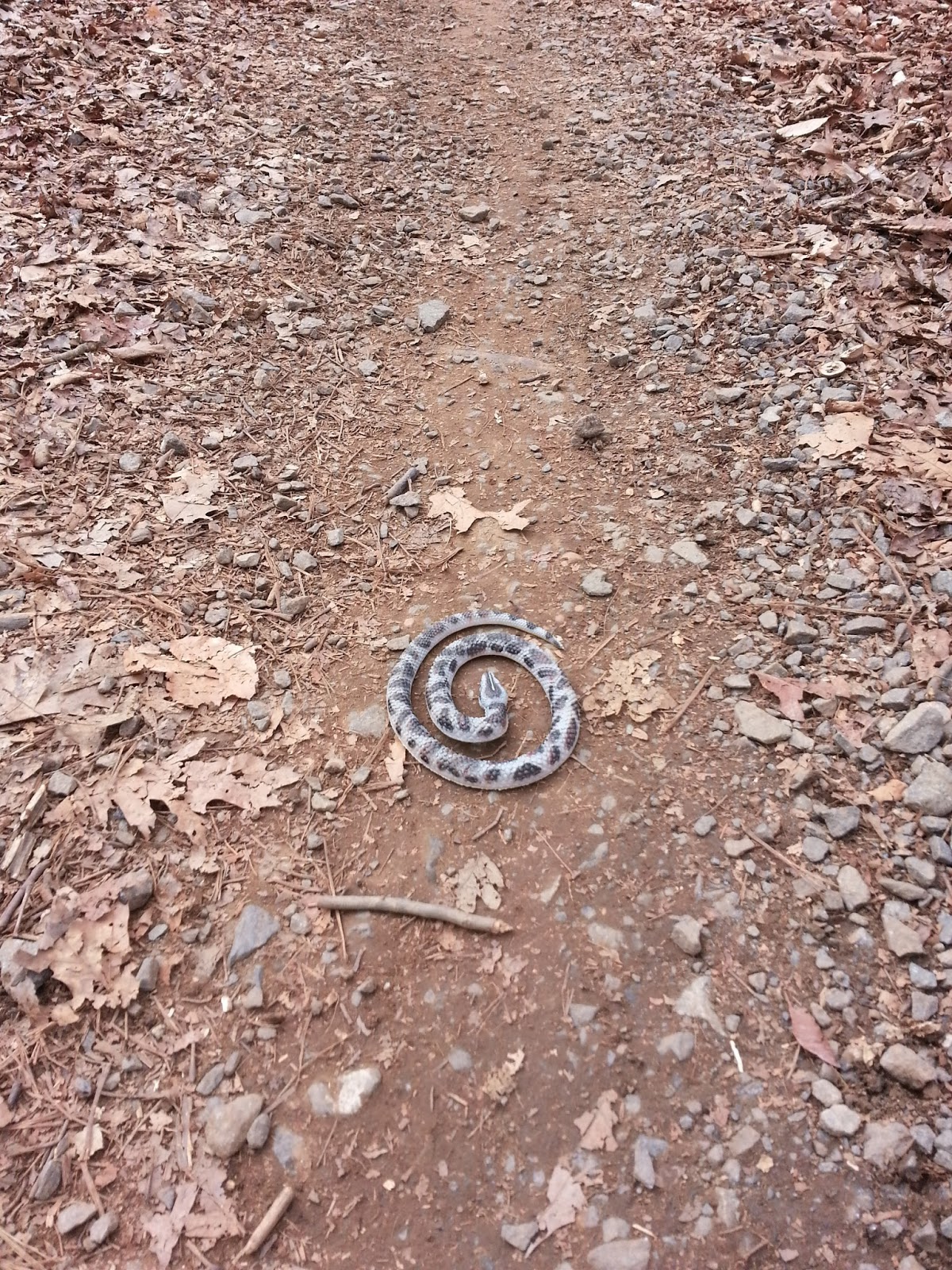 Yeah.  We added one more party favor to the shit show in the woods.  Lunchbox was not impressed. 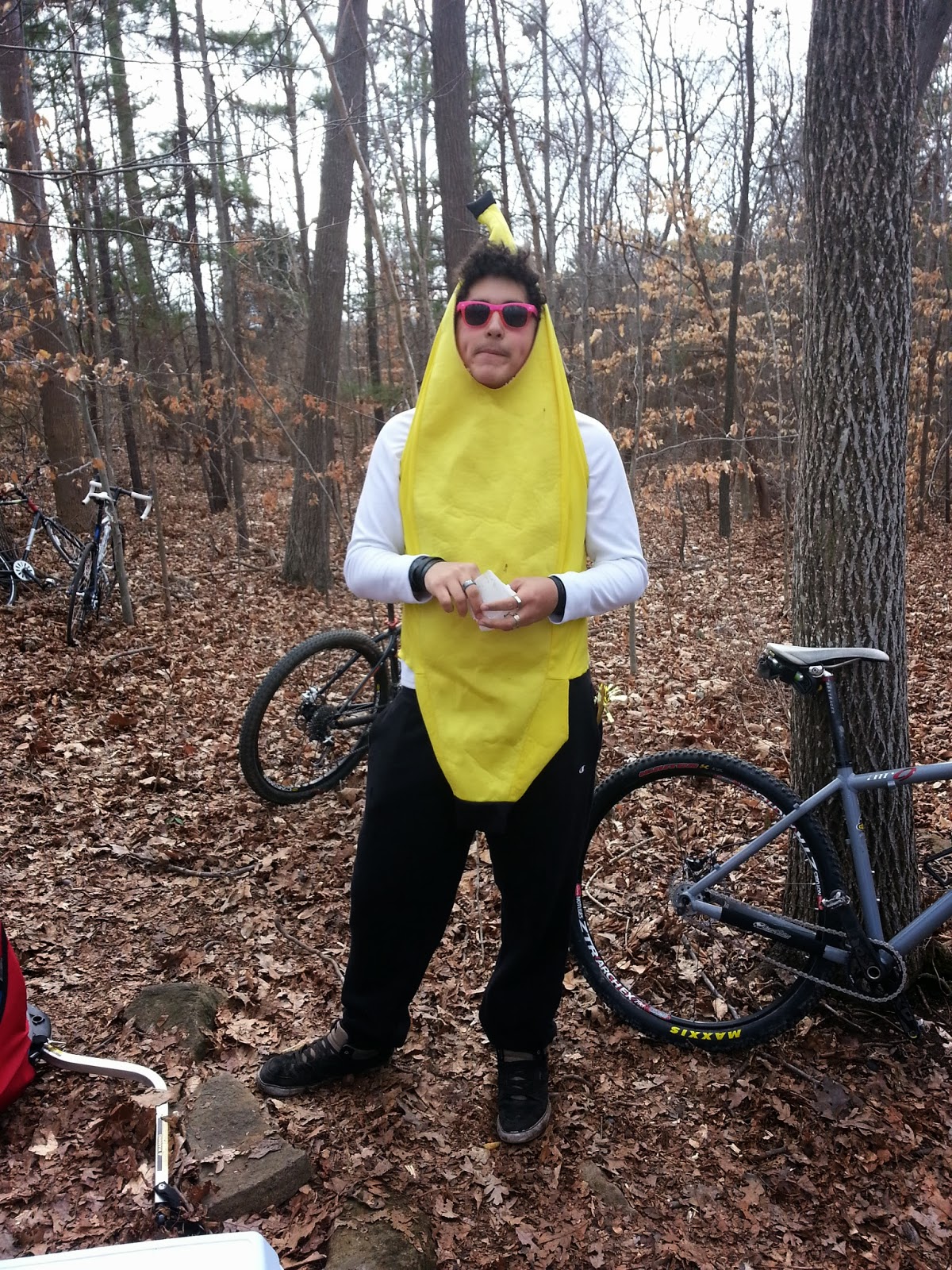 We laughed.  We made noise.  We drank beer.  We heckled.  After a few weeks of being out there, we were finally being accepted by even the most serious of racers.  Mostly we were there to encourage those that were suffering up the climb to the rock garden though. 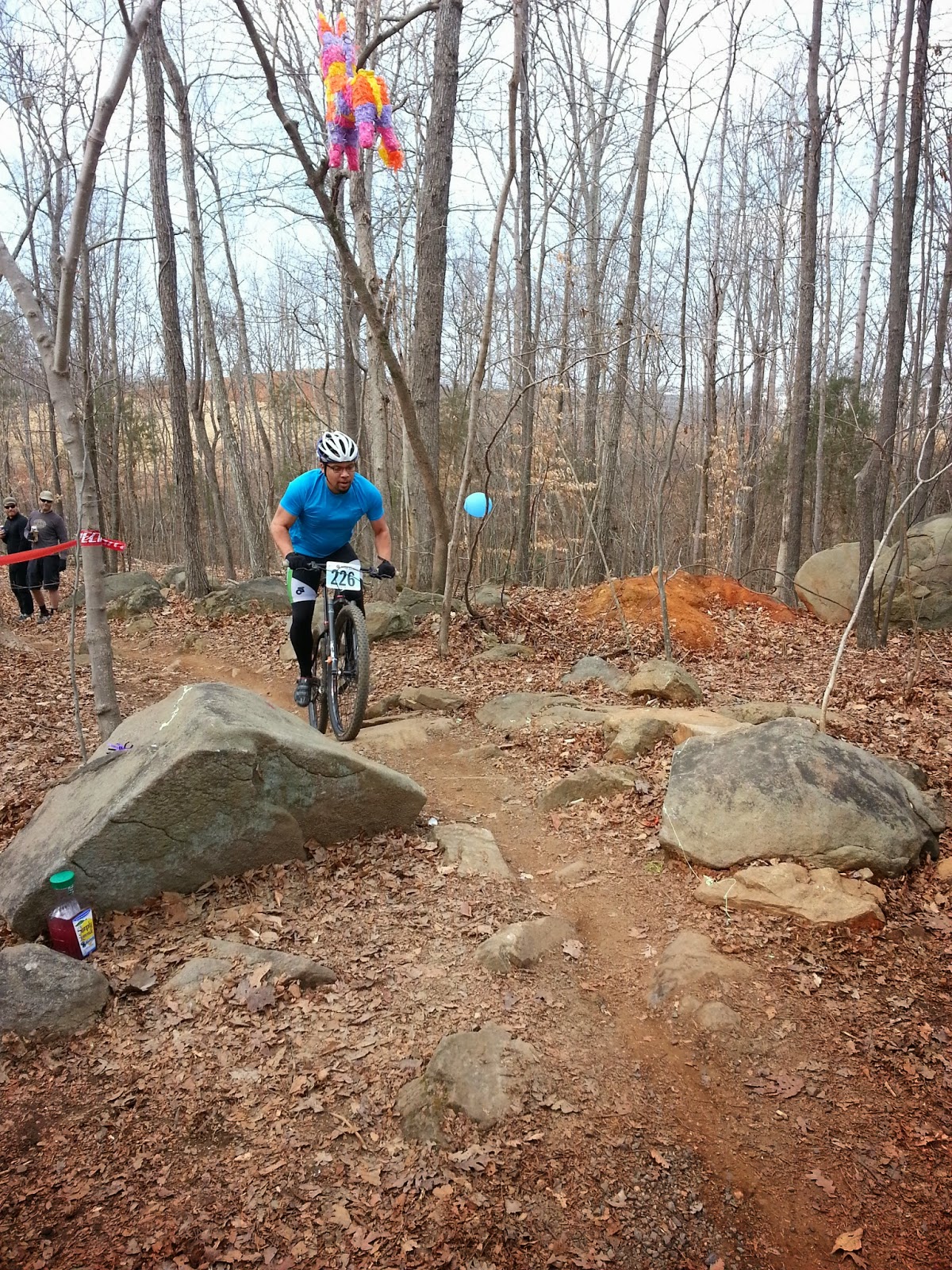 And we provided refreshments to them if they stopped. 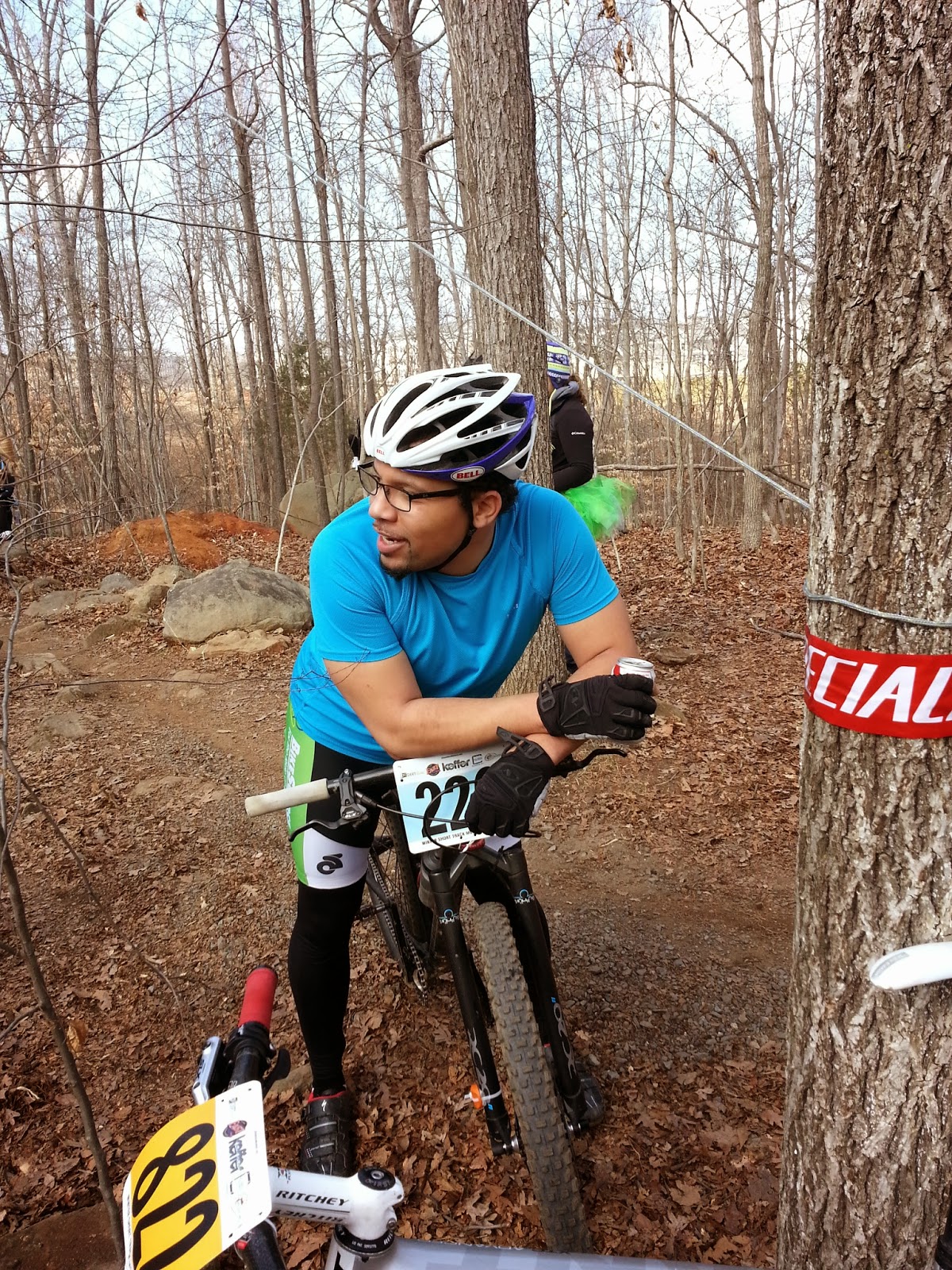 Where the hell did that snake come from?

Where all snakes come from.  Zac's pants of course. 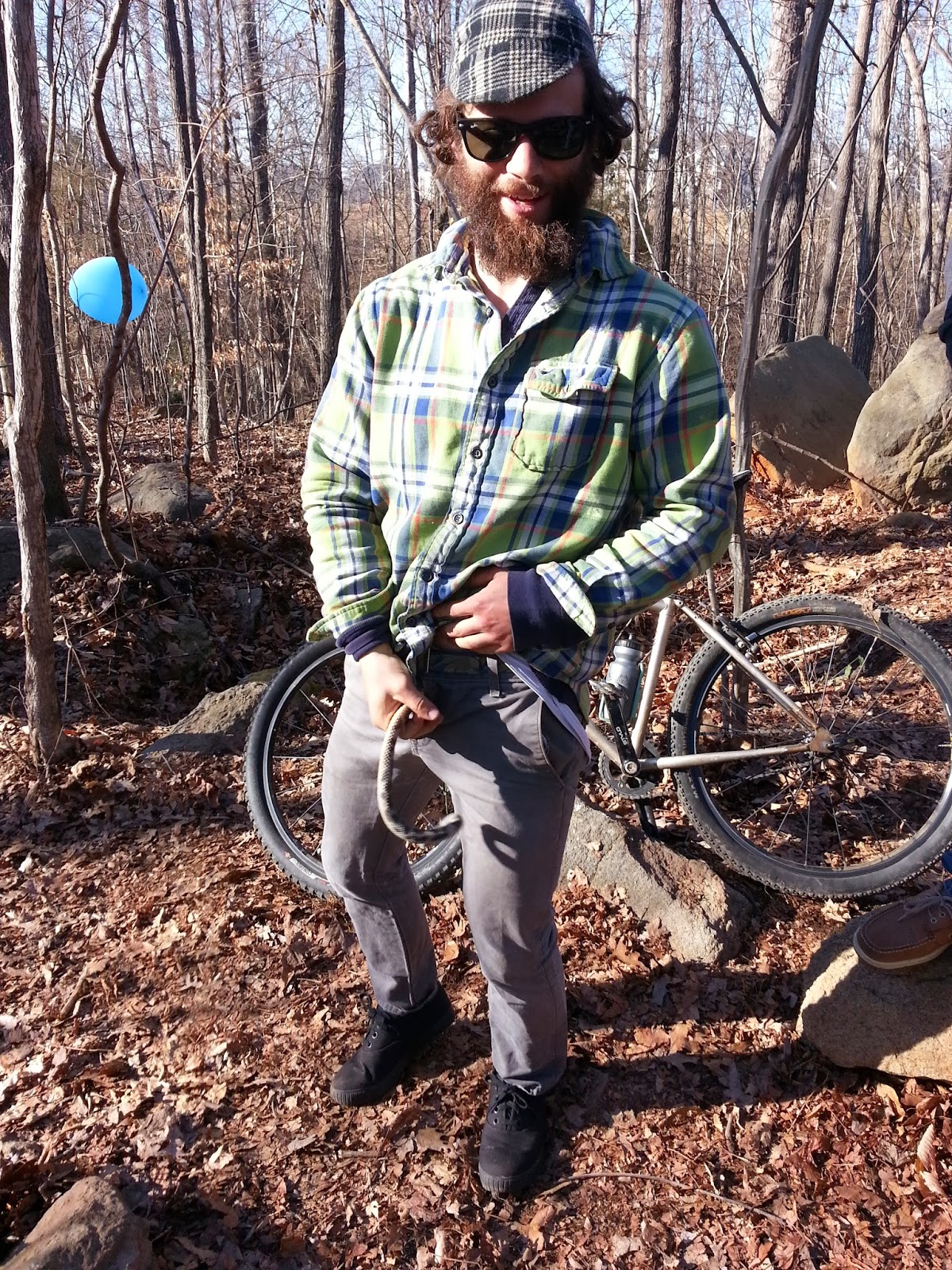 And Dicky was impressed. 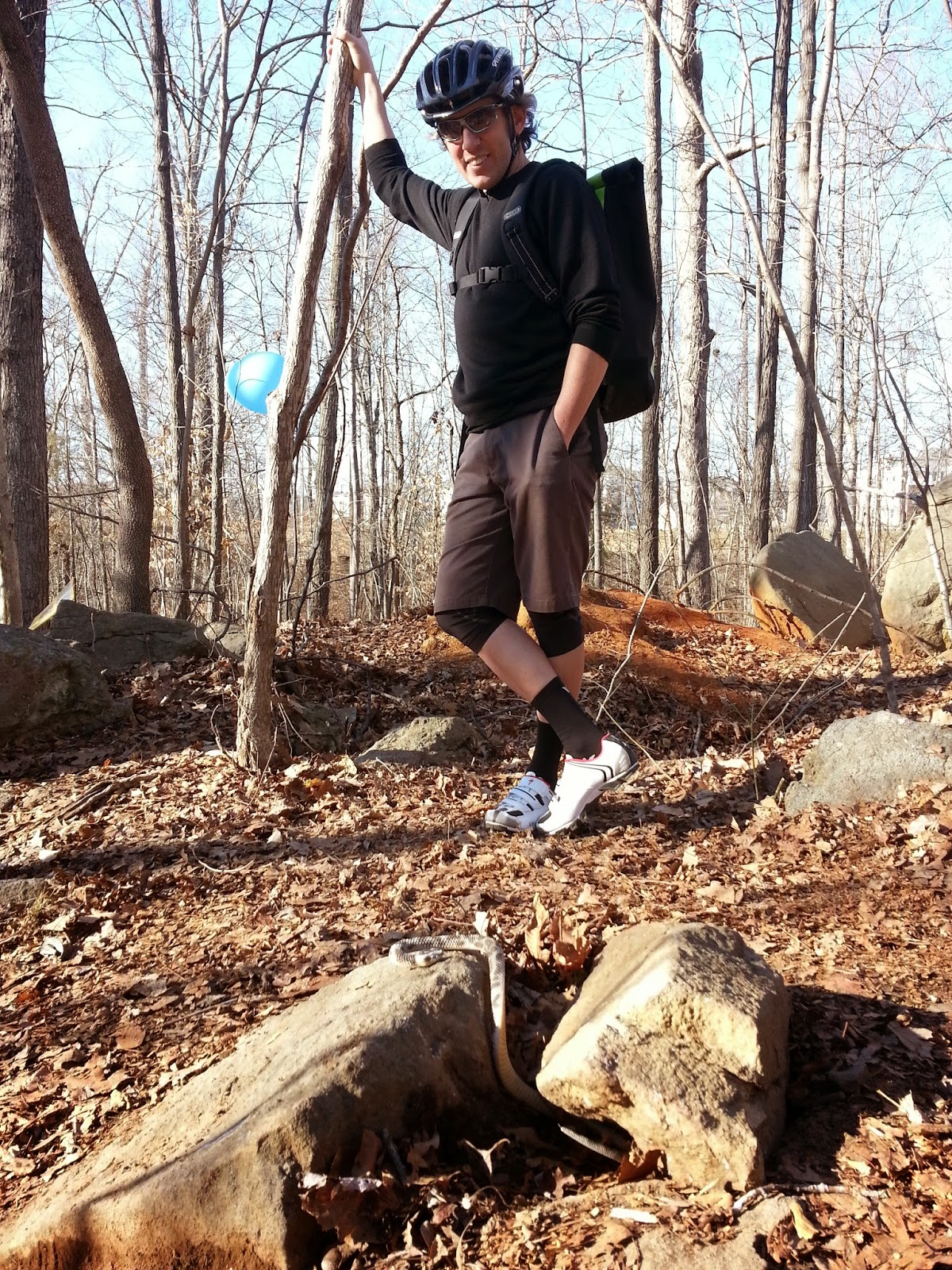 Just another day in the woods with the Charlotte Faster Mustache crew and the Southeast DrunkCyclist boys.  We had a blast (and provided a valuable service to those in need.)  Too bad it's my last one until next year.  With my trip to Florida to “race” coming up in a few days, I hope the rest of the gang can  keep it going next week.

I'm sure I won't be disappoint.
Posted by TheMutt at 8:10 AM

Email ThisBlogThis!Share to TwitterShare to FacebookShare to Pinterest
Labels: not racing, snakes on a trail, winter short track