Way back when I was in the Army, we had these things called AARs, or After Action Reviews.  You talk about what went right, wrong, or whatever.  I still tend to do that from time to time.

Overall, the 12 Hours of Santos was a great event.  It was nice to be back in Florida, riding one of the first trails I’d ever been on.  Even though everyone thinks that Florida is flat and lacks anything technical, this was a tough course.  I’ve done other 12 hour races and didn’t feel like I worked this hard.  It was a good way to start my “season.”  Whatever the hell that’s gonna be.

The organizers did a great job for the most part, with a few exceptions.  When I arrived Friday evening, I headed over to packet pickup which was supposed to be from 5pm to 6pm.  At 5:01, no one was there.  When I found someone official, they said, “Oh, there was a banana emergency.  They will be back later.”

I laughed about it.  No big deal.  I could pick up my stuff in the morning since I was camping.

Food was an issue.  Since I was camping there for the whole weekend, I was smart enough to go grocery shopping before I arrived in Ocala even though there was supposed to be free food (most importantly “a pasta dinner for all riders.”)  I smelled food while I was out on the course, and I heard the announcer talk about everyone eating.  I figured that it was for the 6 hour people, and that there would be another wave of food for those of us doing the 12 hour.  When the race was over, I headed over the the shining light in the dark forest. 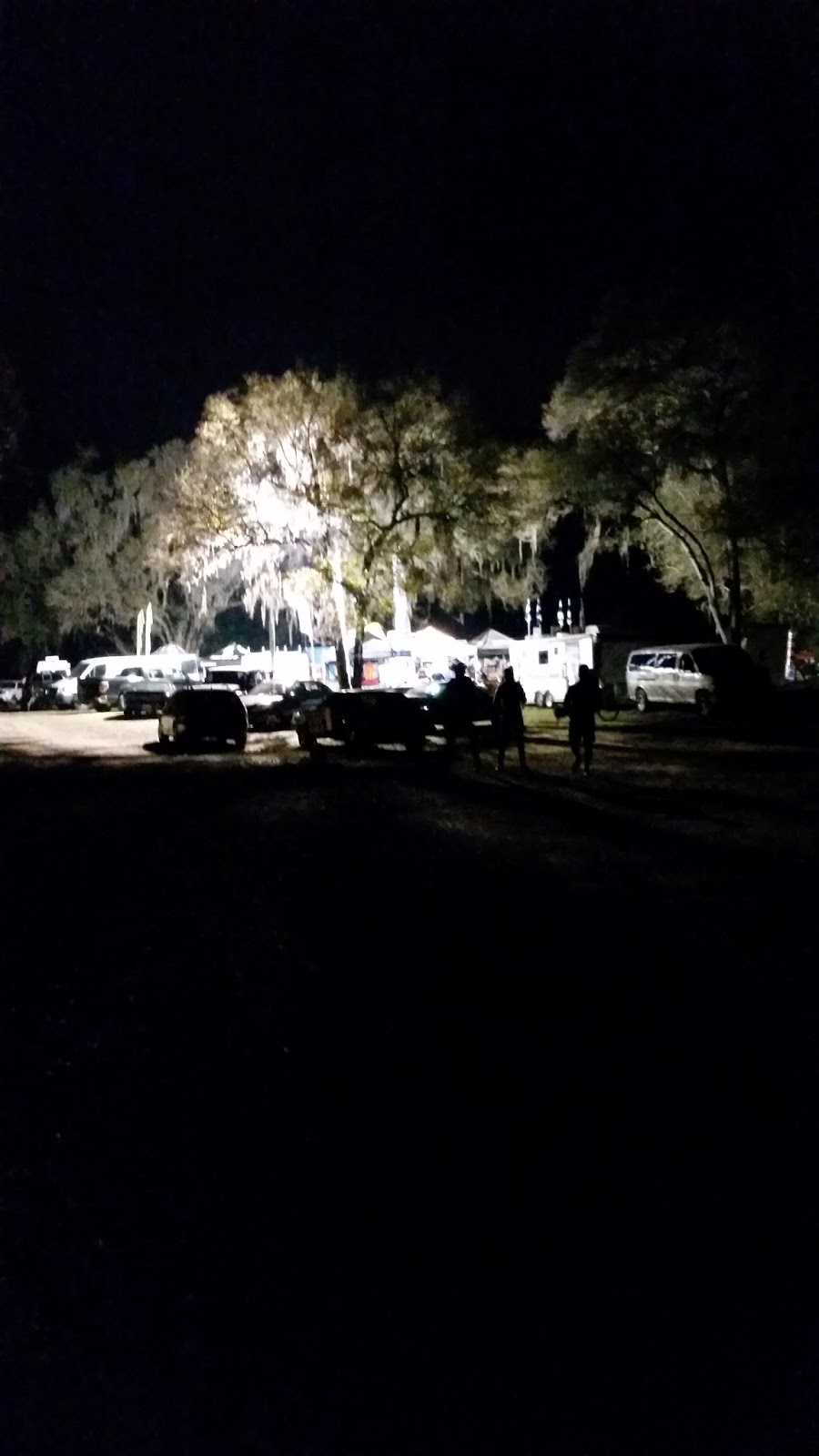 There was just an awards ceremony.  No food for the rest of us.  That pissed me off a little.  I still got to eat dinner, which consisted of a cold can of steak and vegetable soup, a handful of Pringles, and one lonely beer.  It sucked, but at least I got to eat something.  Maybe next time they should be more specific about the food.  There’s no way in hell I’m gonna stop in the middle of a 12 hour race to eat a dinner, so in the future they should say something like:

Another thing that I (and lots of other people) noticed was the copious mounts of “racer trash” on the trail.  It was ridiculous.  Every lap it got worse and I couldn’t believe it.  The crowd was much less douchey than other races I’ve done, so I was really surprised.  I’m sure that the race organizers got someone out there to clean it all up though.

That’s it for the gripes.  I think I may make this an annual event, so hopefully they’ll figure it out next year.

There are some things I need to figure out next year for myself too:

My knee is a lot better now.  Just slightly sore, and there was really nothing I could do to prevent what happened.  Well, other than making sure my light setup was secure.  That’s totally my fault.

Air pressure.  My wrist is still sore.  For the last few days I’ve been shopping for a squishy fork, thinking that my rigid days are over.  I realized that I should have user my ideal tire pressure, which I’d written down and failed to consult before heading out to race.  Even the rear tire pressure was way too high.  That’s an easy fix, without wussing out and removing my rigid crabon fork.

It was way too early in the season for a 12 hour race, but I felt good about my effort.  I finally feel recovered, but the next morning after the race I felt like a part of me died out there.  I was slow to pack up my stuff, and most of the time I just sat around and enjoyed the nice weather.  Once again, I was smart enough to bring my own food. 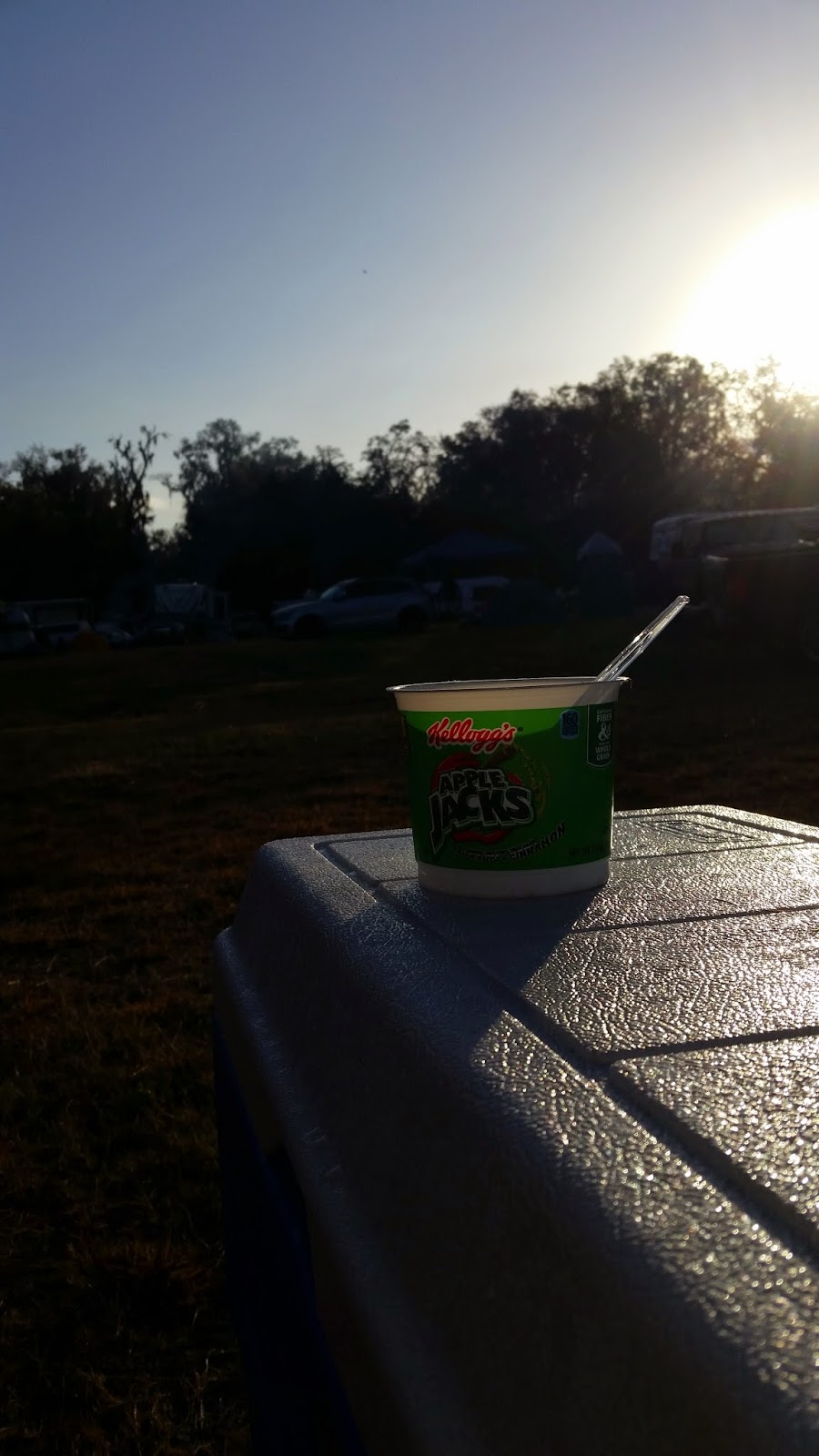 According to my Garmin, I burned well over 8,000 calories out on the course.  On the drive back to Charlotte, I’d consumed probably close to 15,000.  It seemed like all I wanted to do was eat.  That’s the first time I’ve ever felt like that after an endurance race.  Unfortunately, I kept eating junk. 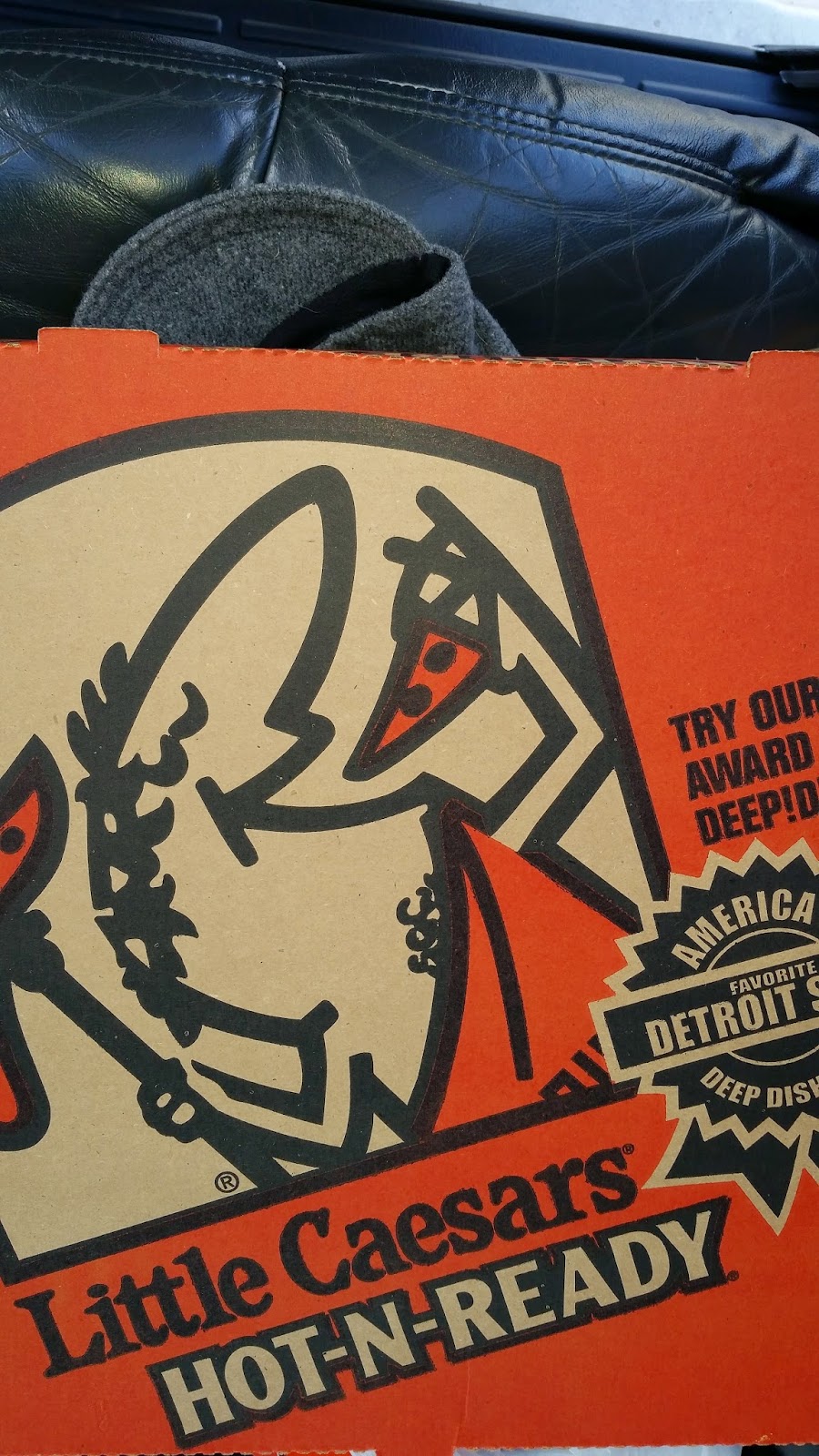 I ate that in about 10 minutes.  It was only good because I was so hungry.  I damn sure wouldn’t eat one any other time.

I paid close attention to recovery this time.  Knowing that an eight hour drive would wreak havoc on my legs, I stopped often.  I had originally planned to go back to my hometown to visit friends and family, but instead I headed across the state and up the coast, stopping to hang out in Saint Augustine for a while.  I stretched every time I stopped, and while I was driving I used some good ol’ shock therapy to loosen my sore legs. 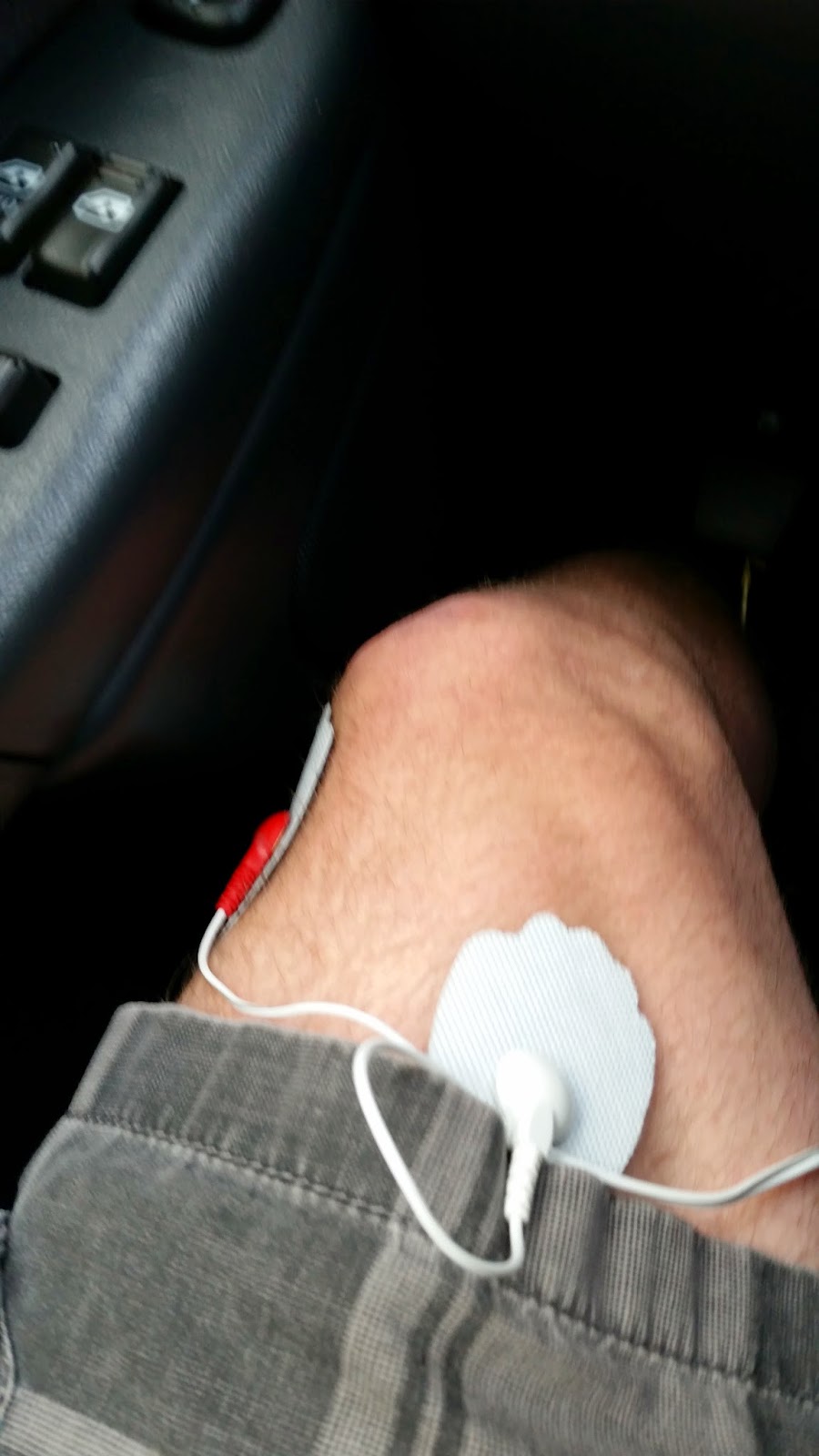 It helped a lot.  I could actually walk when I got back home.

So yeah, this was a much better experience than last year.  I’m definitely planning to do it again.  It was so nice to see my Florida friends and the Charlotte crew while I spent all day suffering on my bike.  The little things I griped about are just that:

I’m in for next year, especially if the weather up here is shitty again (like it is now.)

At least tomorrow is Friday.