It was pretty chilly when I left for last week.  With off and on rain as a bonus, I couldn’t wait to get out of here and into some different terrain.  I don’t care for flying, but looking out the window as we got closer to our destination made me kinda giddy. 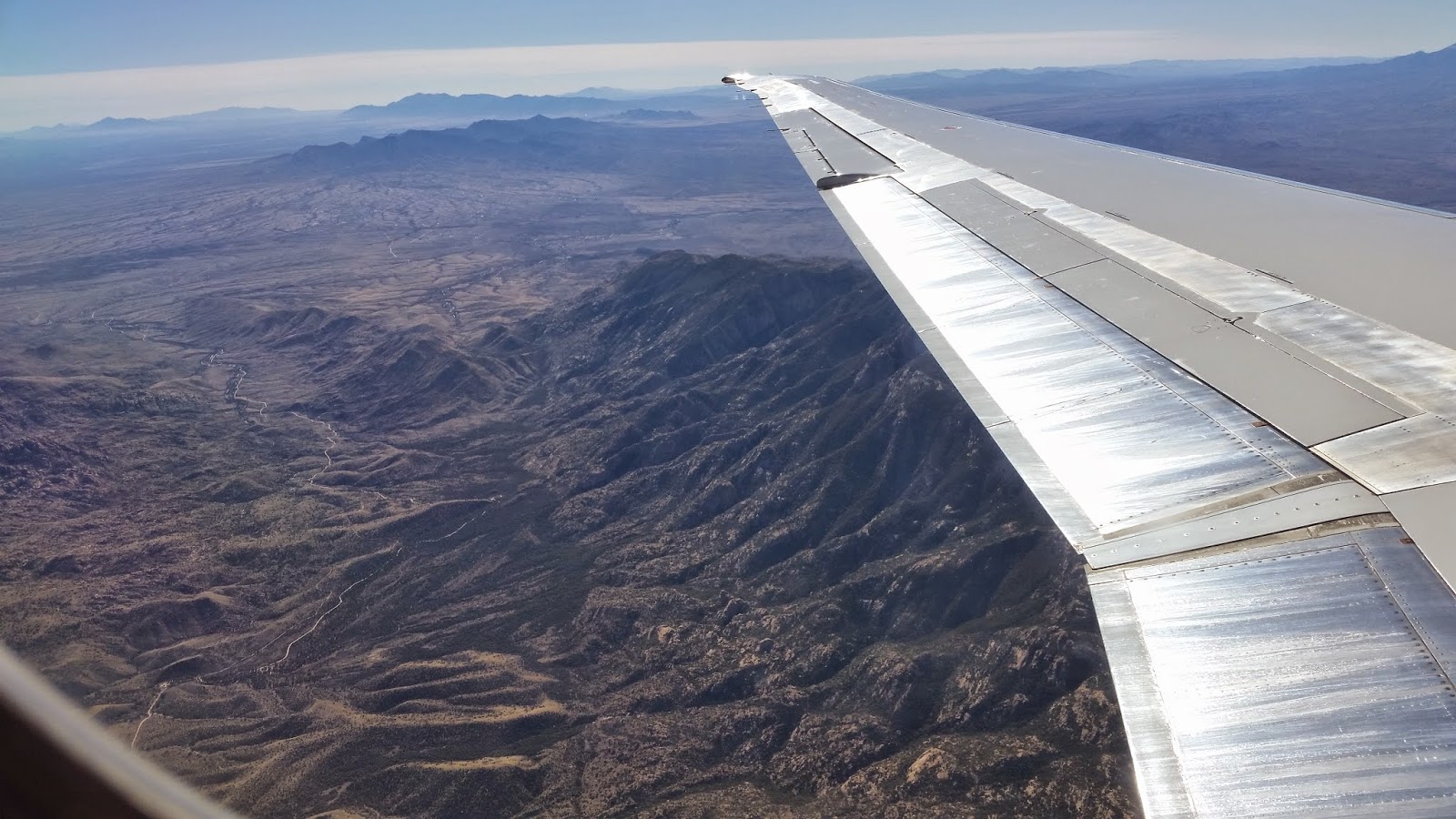 The little lady and I landed in around 12:30 p.m. local time, and after grabbing our bags and rental car we headed right over to D-Wayne’s house.  He’d already put our bikes together, but after flying across the country we weren’t quite ready to ride.  Some food and beer were in order first.  We hit up a local spot and hung out for hours (eventually being joined by D-Wayne's better half, Meghan), watching the sun go down, and planning our ride for the next day.  I was excited to be warm, and the little lady was ready to see some cacti and ride in the desert.  The next morning we headed north to for a “shakedown ride.” 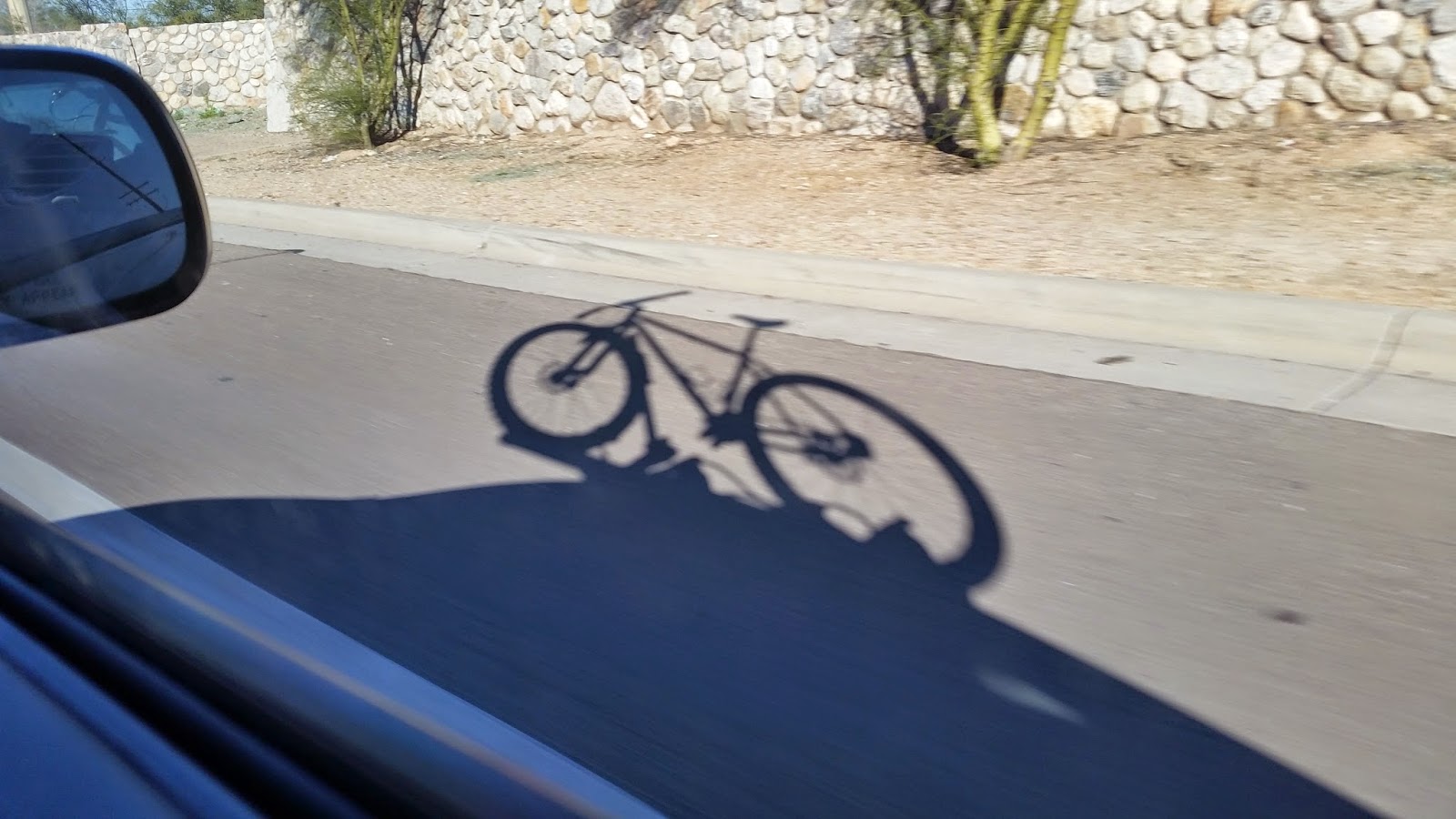 It was warm, but there was a little chill in the air.  We hit the road for a little bit until we reached the trail head, and followed our host into the desert.  Since we were tourists in a foreign land, I took pictures at every opportunity. 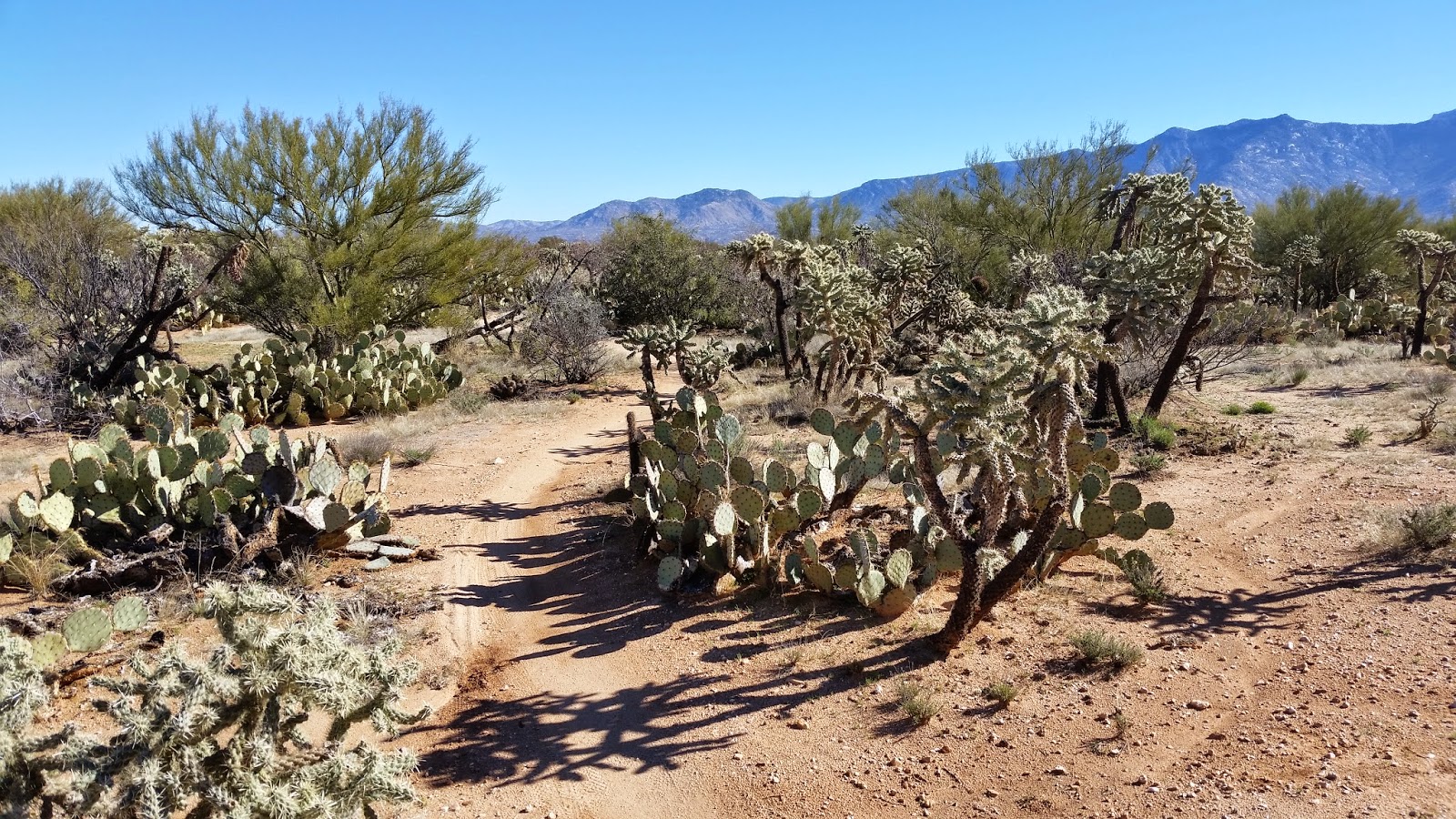 It was different for sure.  I’d ridden in the desert before, but this was a little more challenging because one wrong move or poor line choice meant that you would get cut up pretty good.  I kept that in mind the whole ride, but that didn’t stop us from having a good time. 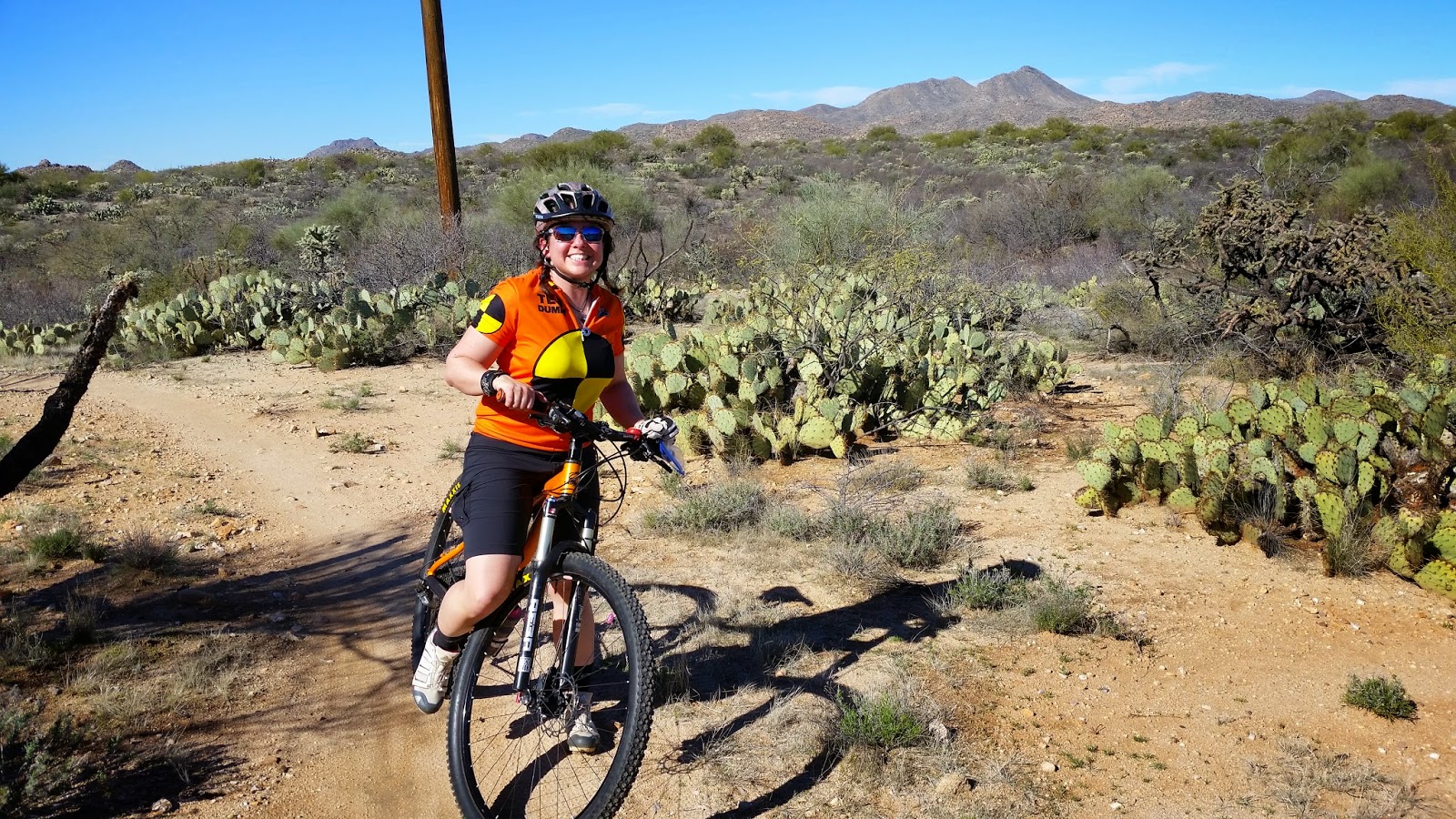 It was beautiful out there.  At one point, we came up to some open range cattle (which we had been warned about.)  The little lady grew up on a farm, so she had to stop to hang out with them. 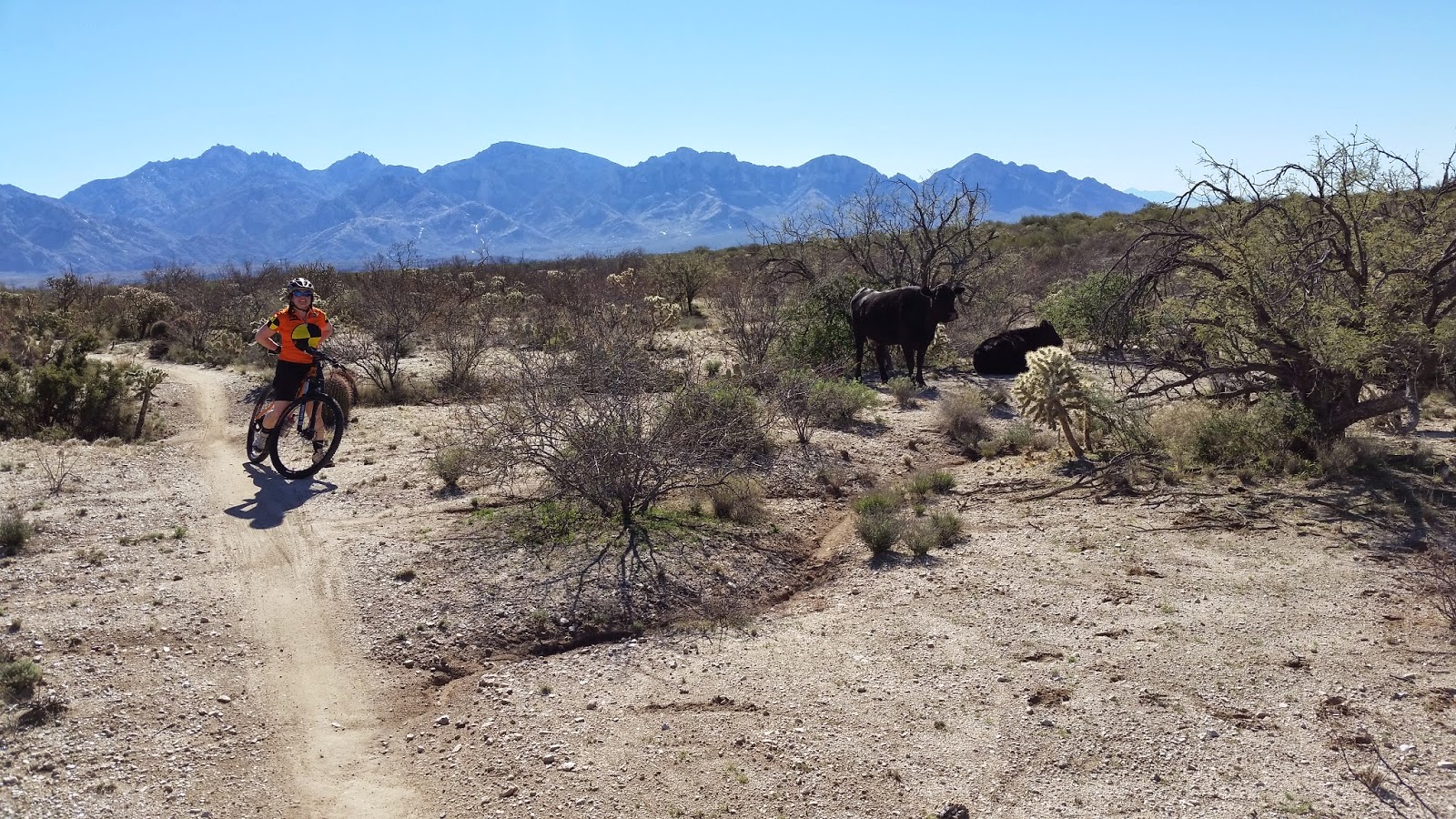 The whole time we rode, I was in awe.  The trail was fun and not overly challenging, but the scenery was so amazing (and different from NC) that I couldn’t stop taking photos.  I’m sure D-Wayne was tired of waiting for us so much, but I didn’t want to miss the good picture-taking opportunities.  I’m getting older and I’m sure my memory will become worse at some point, so photos seemed like the best way to remember it all. 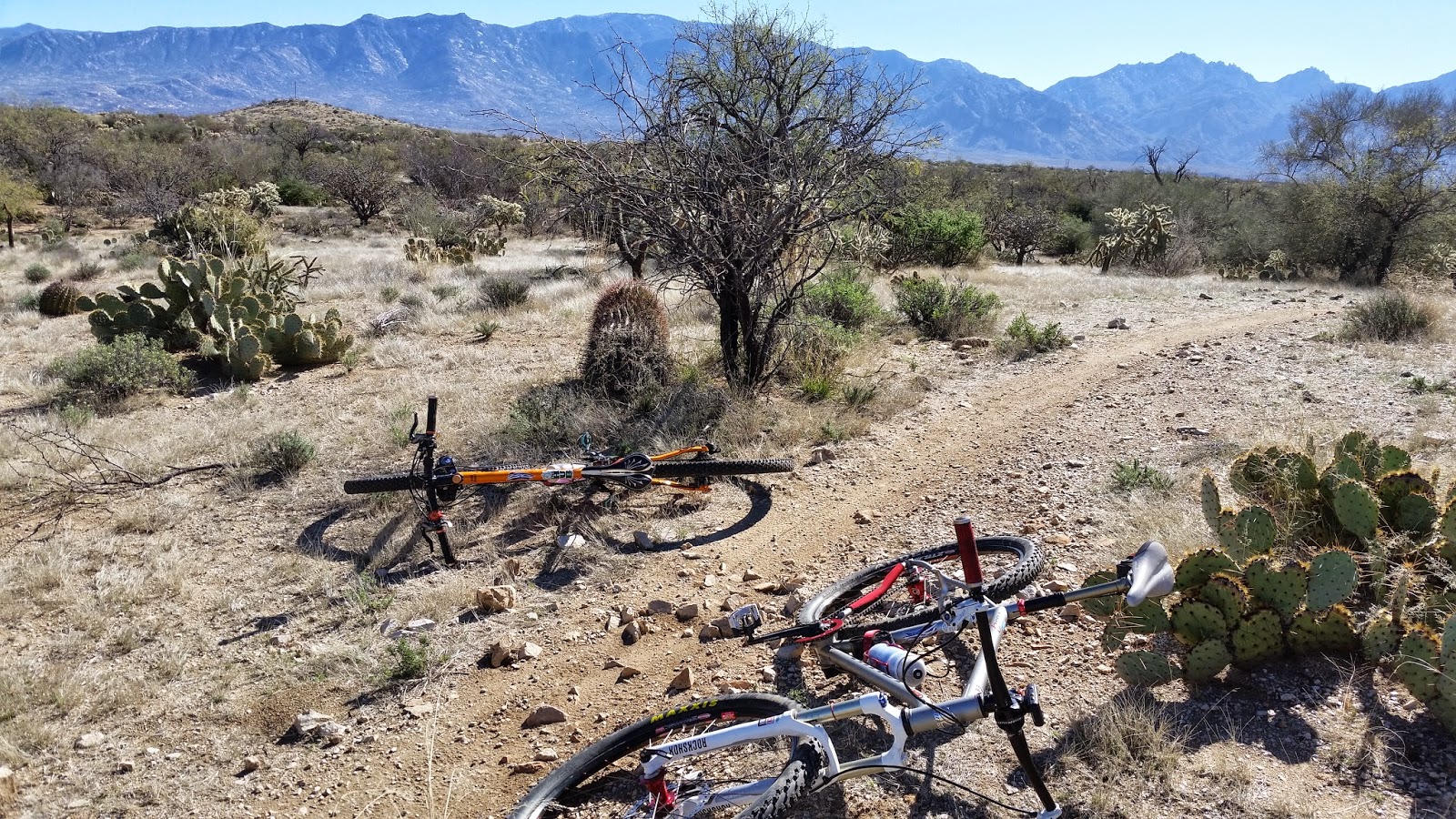 Plus, the little lady was so excited to be out there that I didn’t want to take anything away from that. 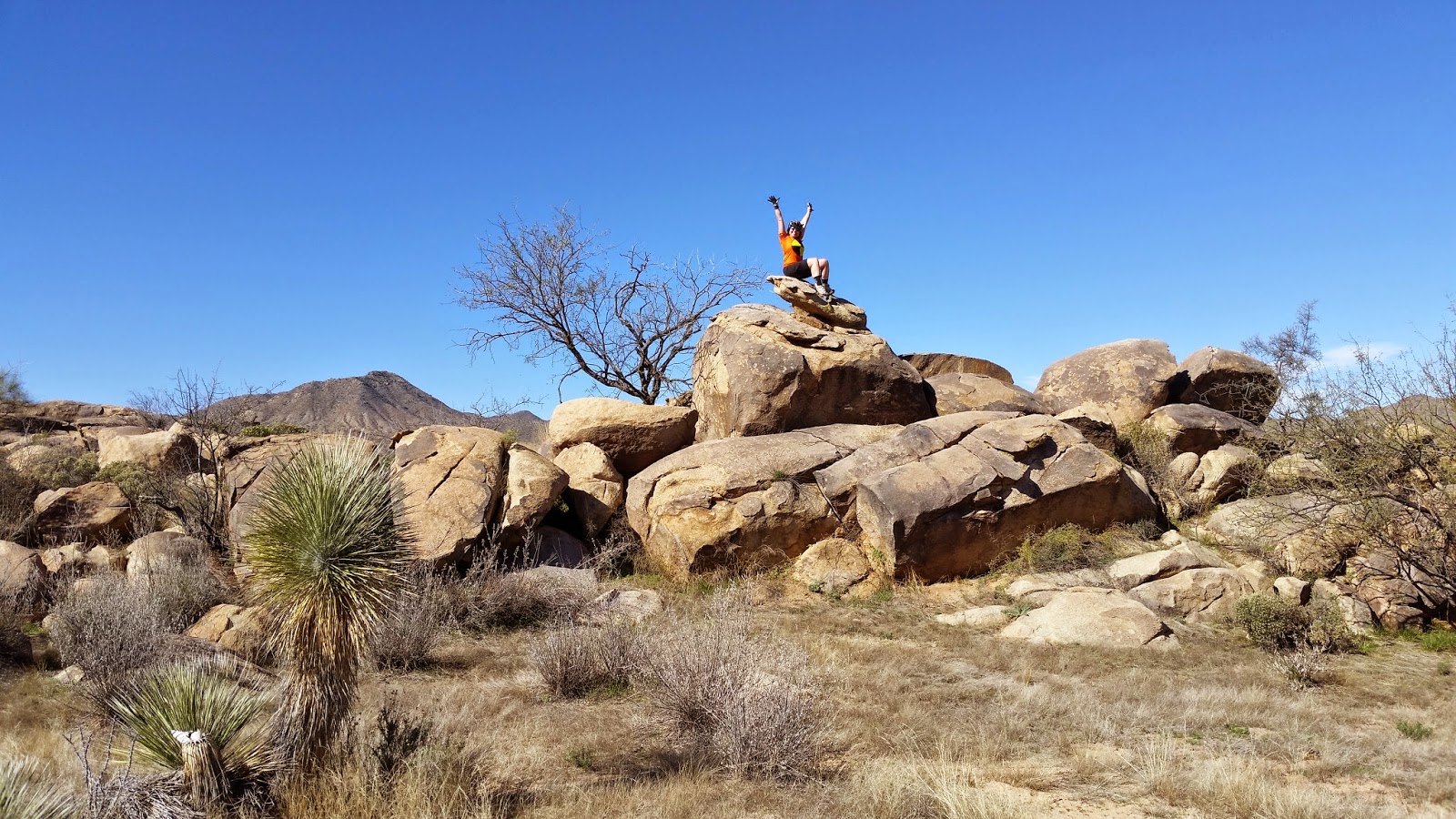 Besides, he got into the photos a little too. 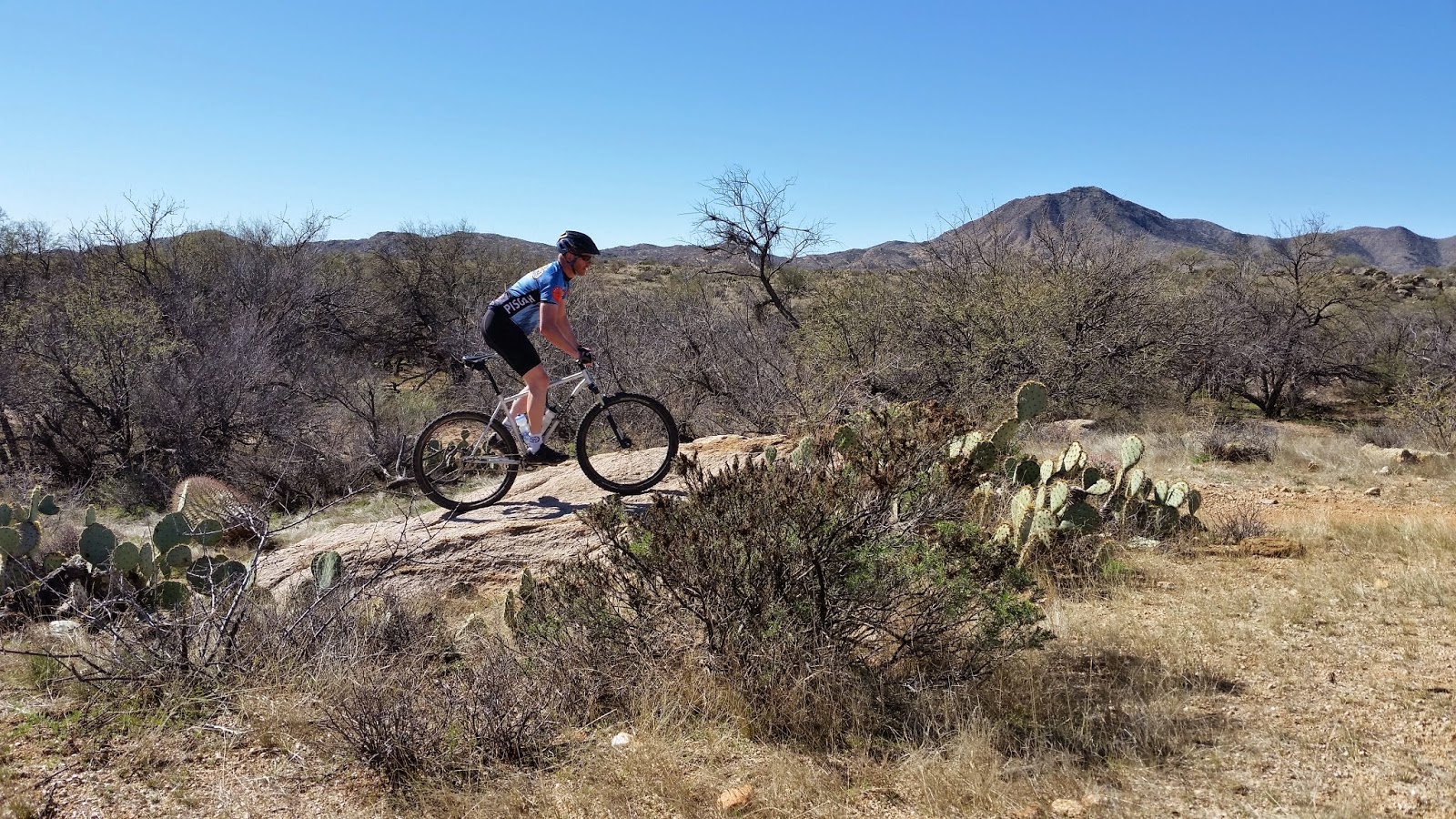 The little lady was inspired out there in this new (to us) land, and got out of her comfort zone a little. 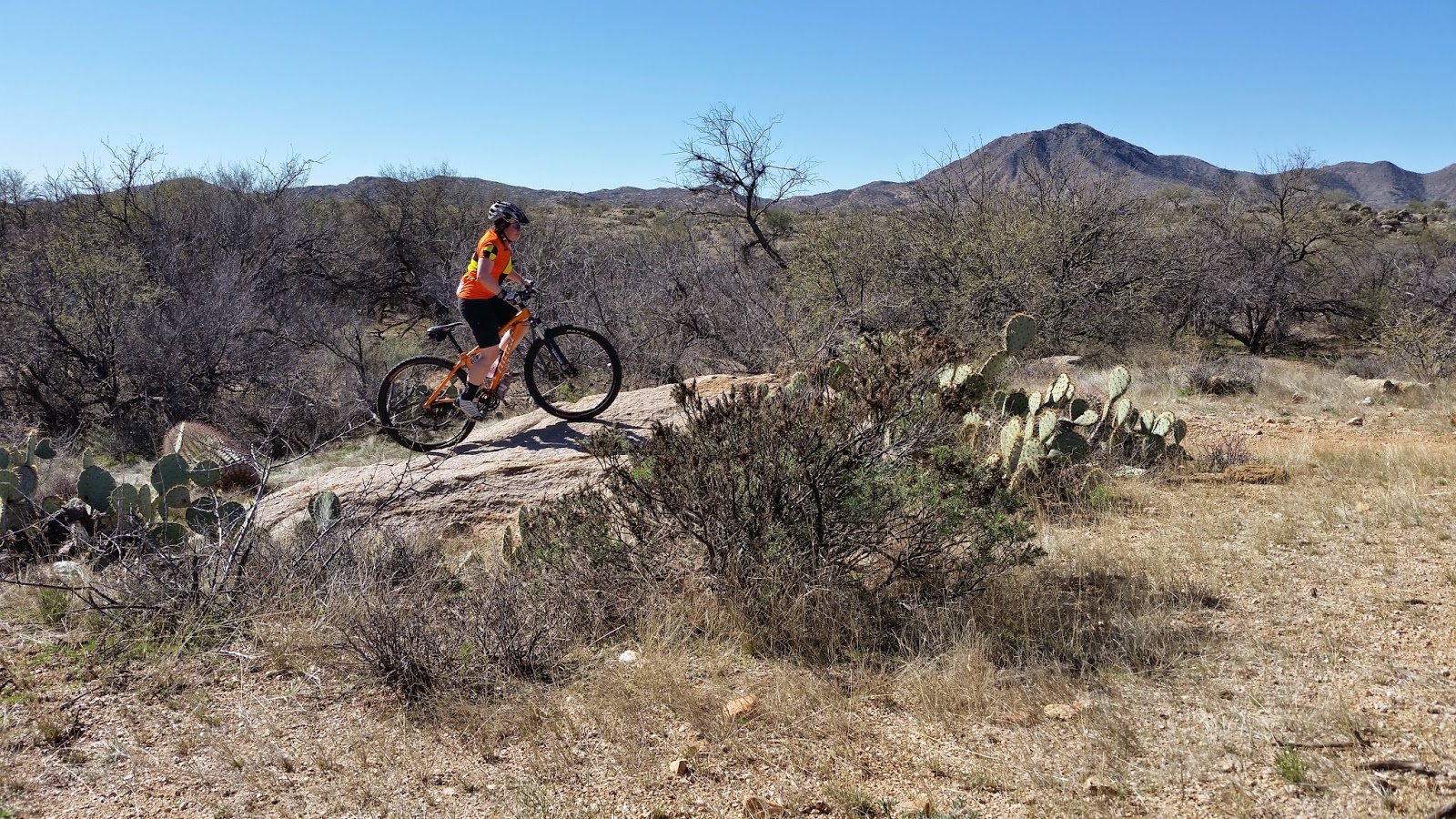 Sand, rocks, and plenty of cacti.  The Saguaro, which is the type of cactus everyone thinks of when they picture the desert, were plentiful.  They were huge.  The little lady was fascinated by them, and when we found a prime photo op she was happy to oblige.

She is small.  The Saguaro is not. 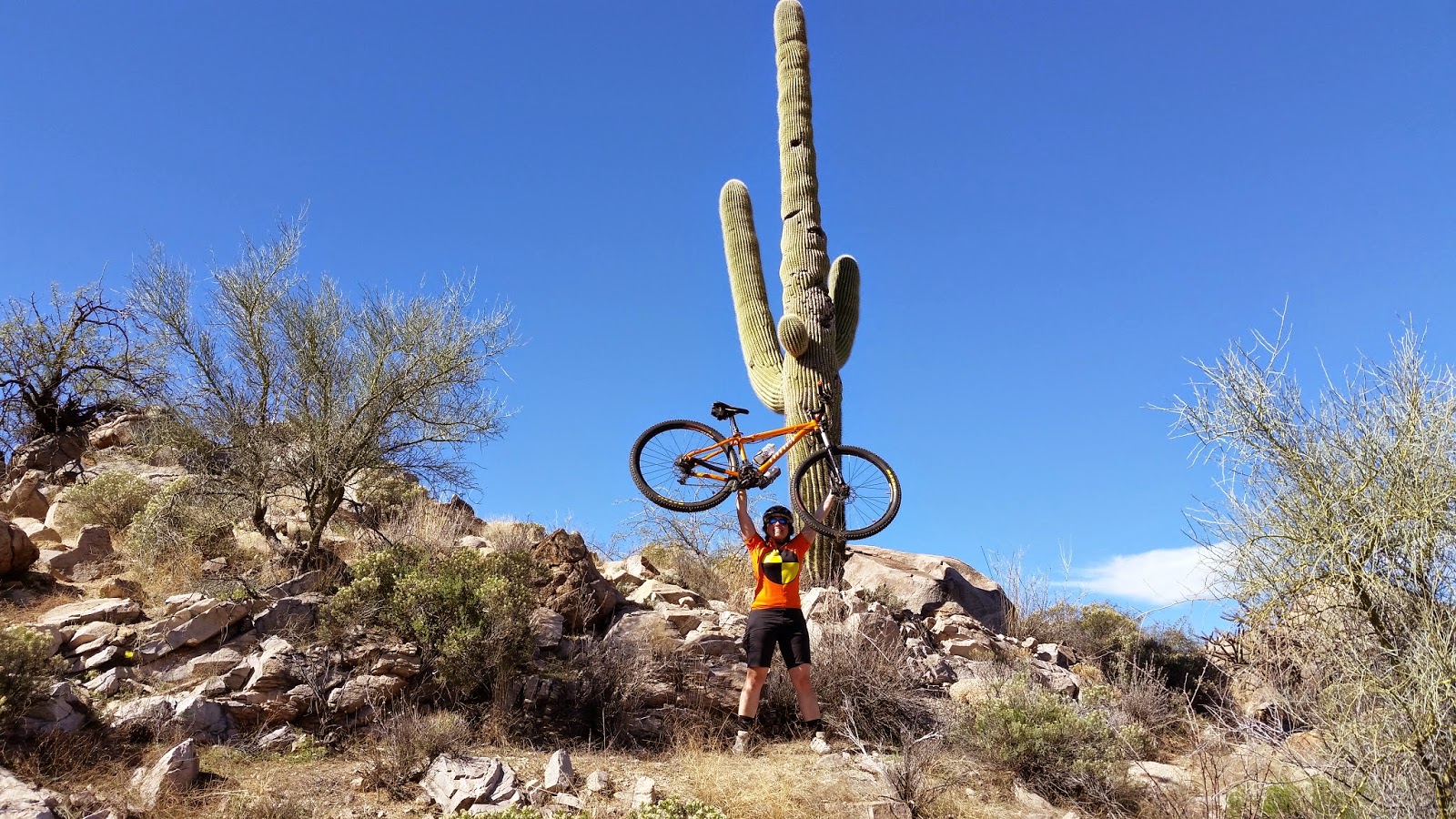 I am not small, but the Saguaro is still bigger. 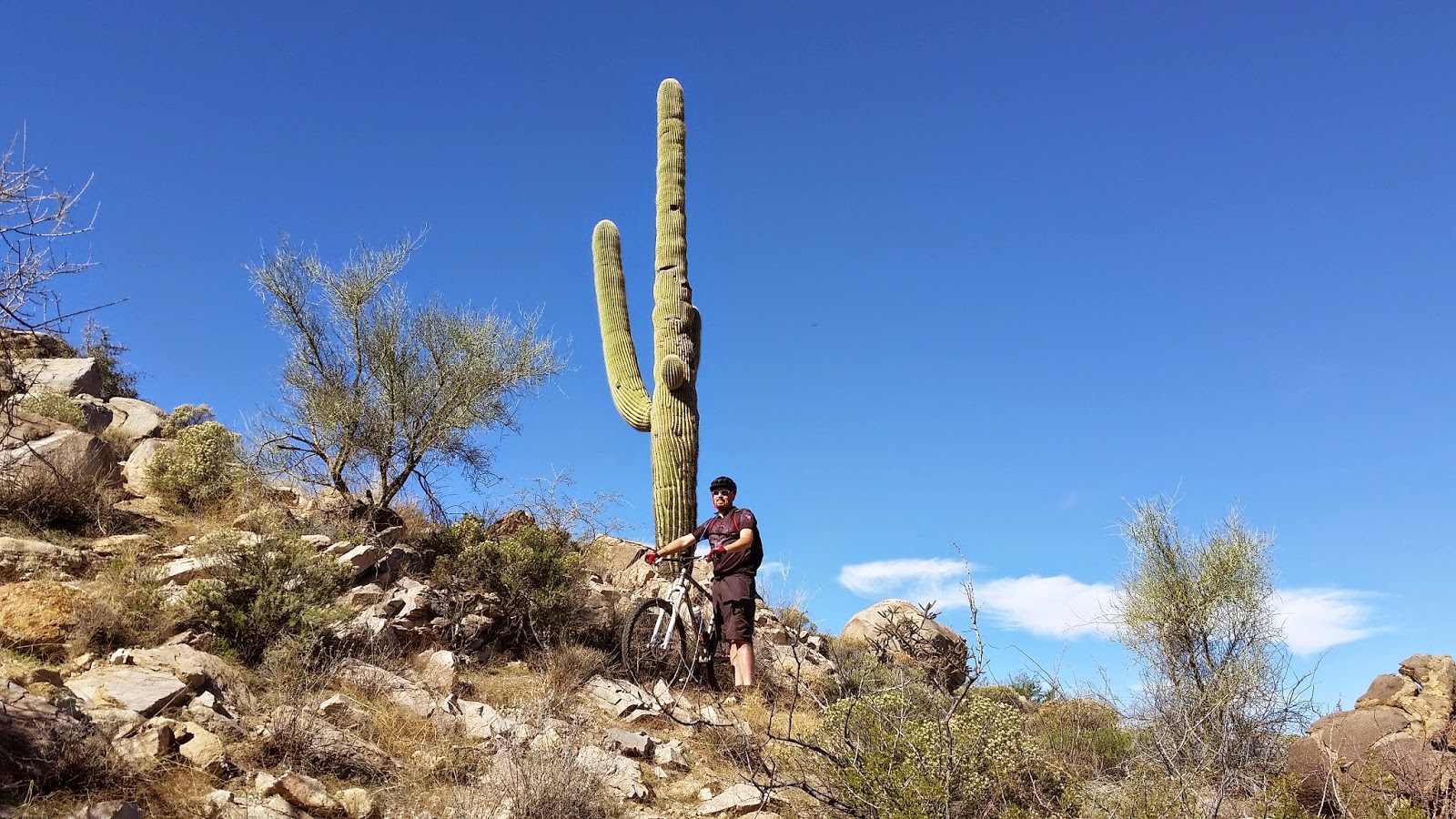 The second half of the trail (as you can see) had plenty of rocks.  It was a little bit challenging, but so damn fun.  And yeah, it was pretty. 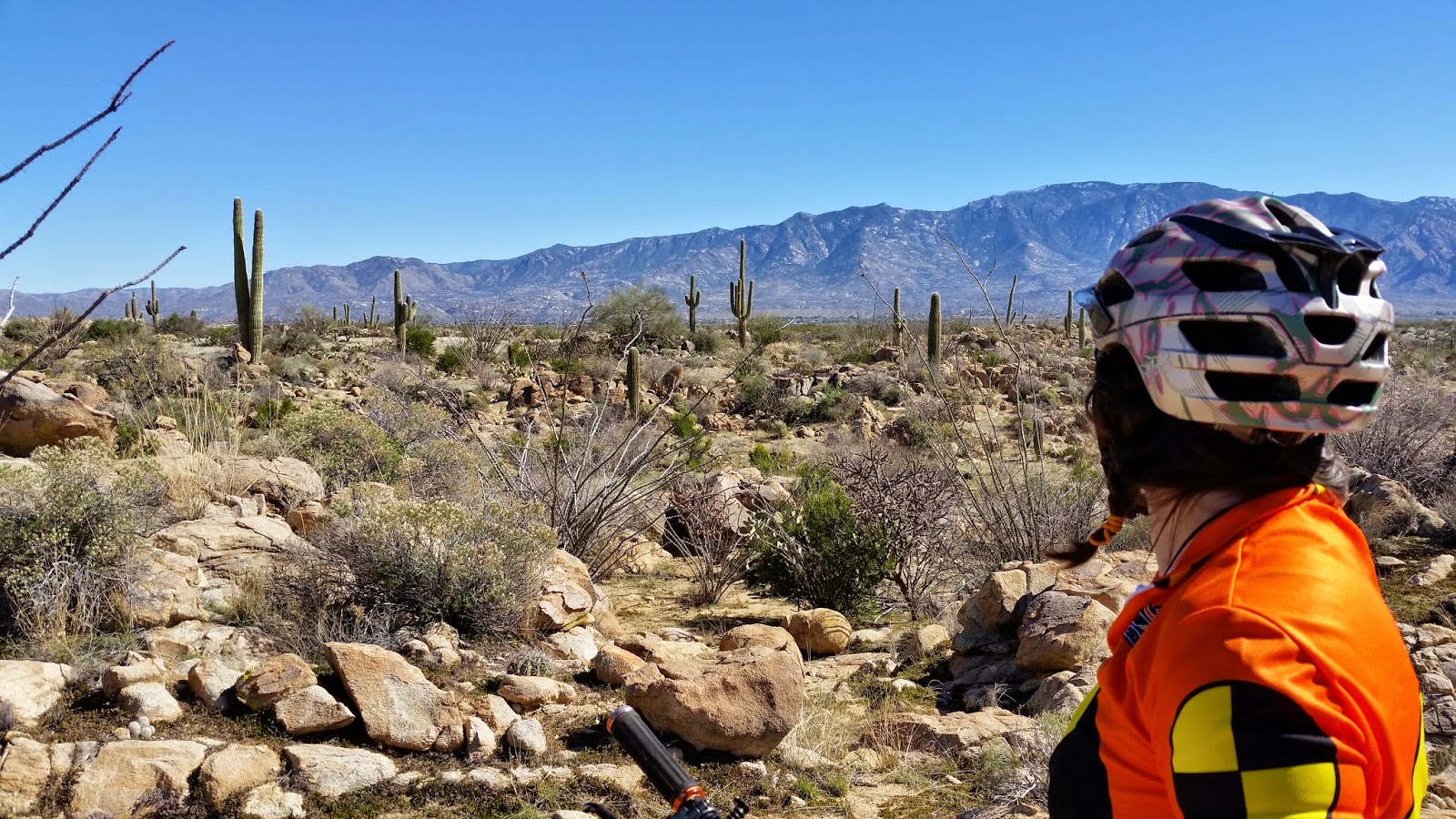 The views were amazing in this one particular section, so I stopped for yet another photo session.  D-Wayne was happy to oblige. 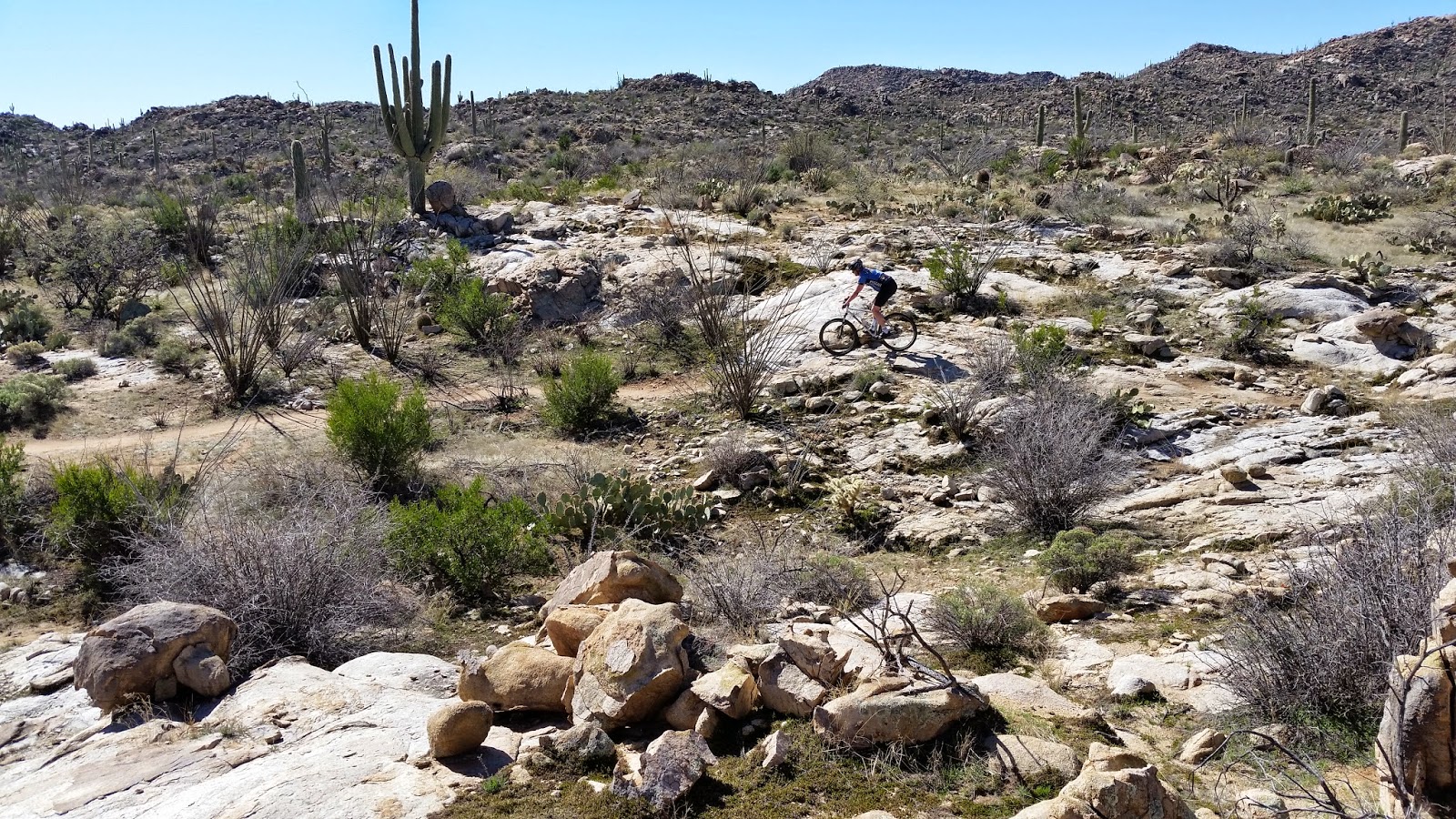 And he even took a photo of me. 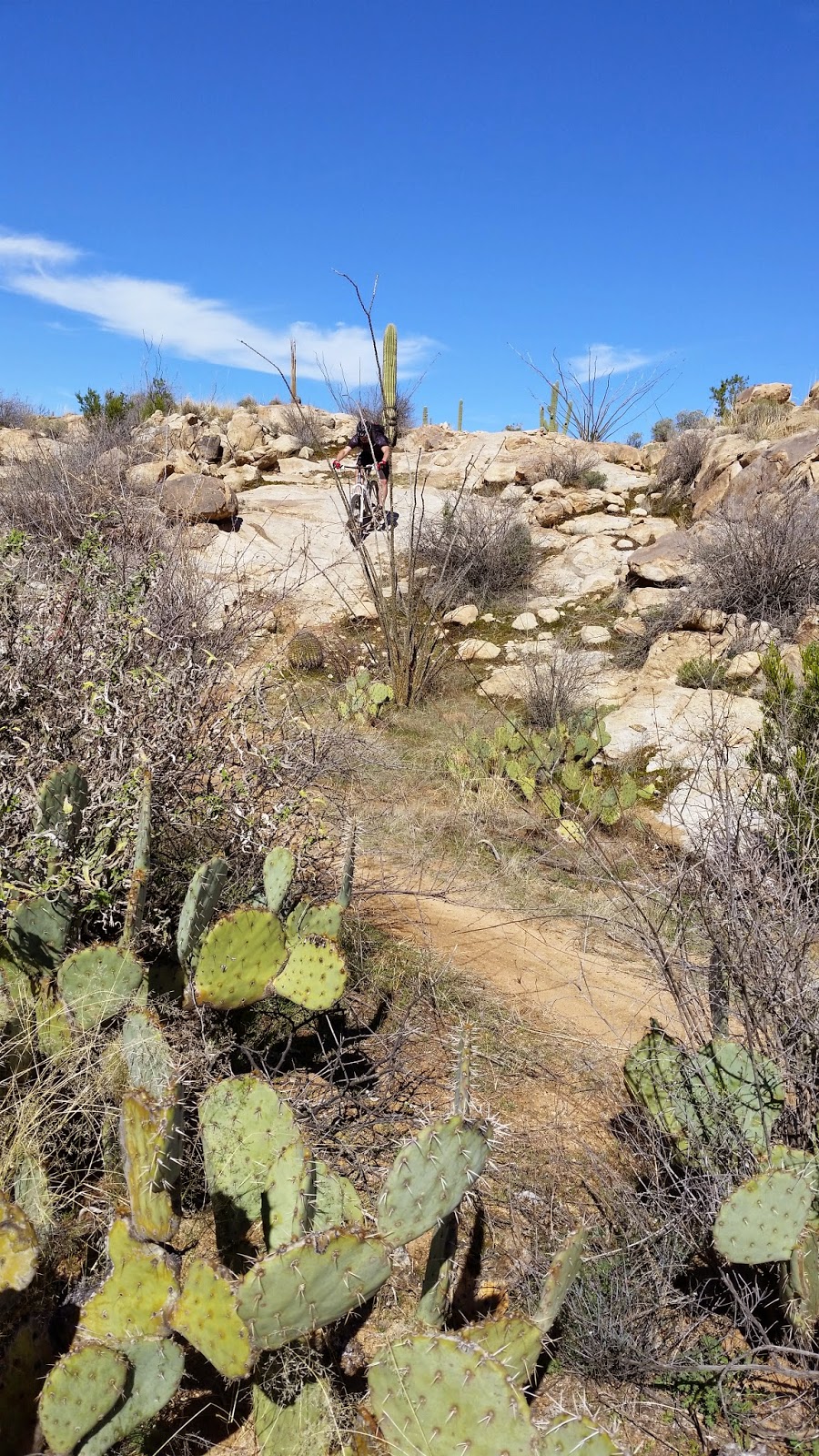 Then things just got silly. 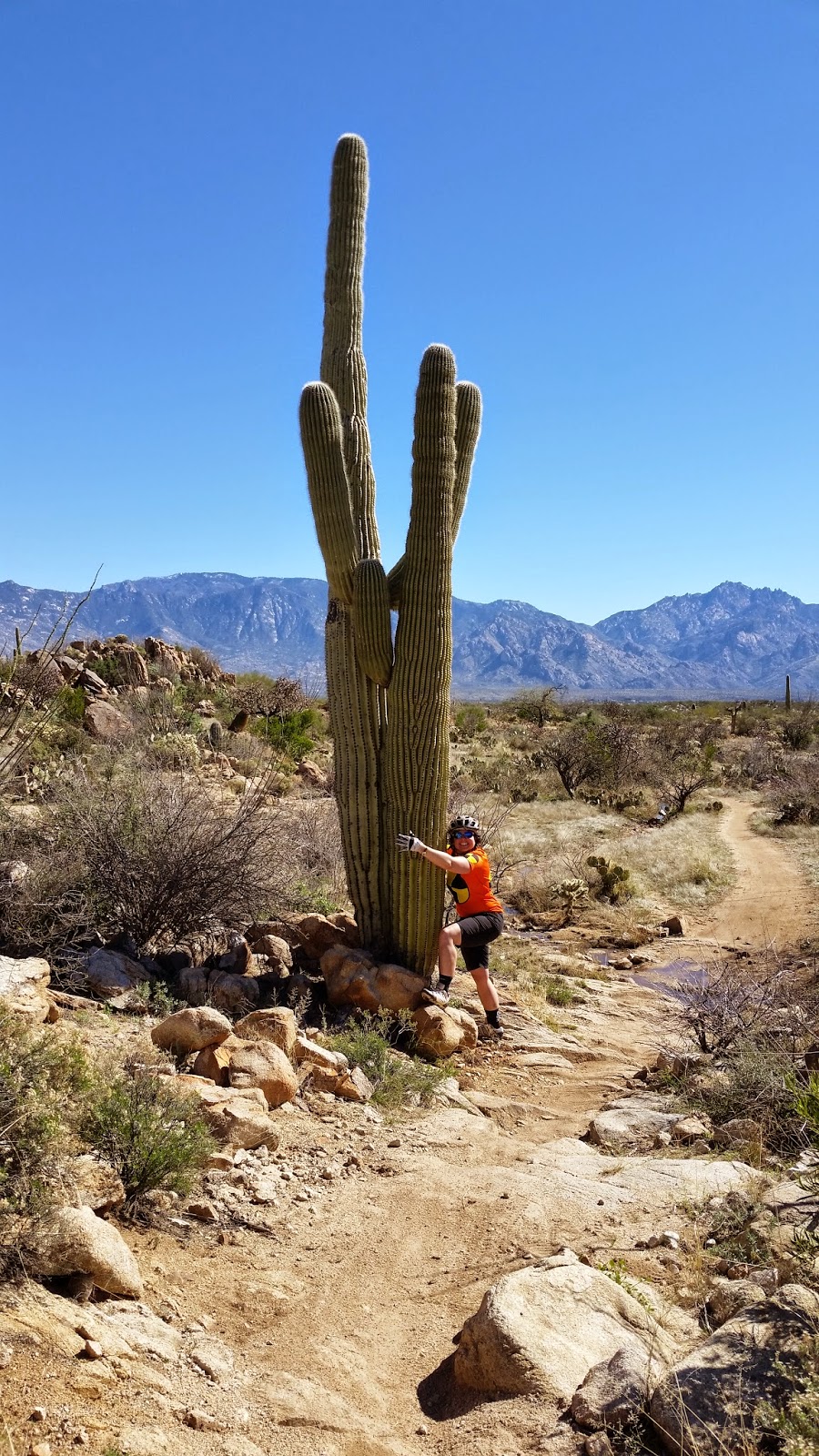 What an awesome day.  We’d been there only 24 hours, but already the trip out west was worth it.  D-Wayne was way more patient than anyone should have to be, since we did more picture taking than riding.  The ride was great, and now I have tons of photos to stare at whenever I want.

I took almost 400 photos, so you know I’m gonna drag this trip out for a while.  Especially since I wish we were still out there.

Huge thanks to D-Wayne and Meghan for putting us up (and putting up with us) while we played tourist.
Posted by TheMutt at 9:17 AM

My favorite place out west. Remind me to share my Sedona pictures with you when you guys get back!