Saturday morning started early.  Up around 5 a.m., departing Casa de D-Wu shortly after in two cars due to bike-carrying arrangements.  One quick stop for breakfast and another for gas with shady gas station bathroom action had us getting up towards Cave Creek right on time. 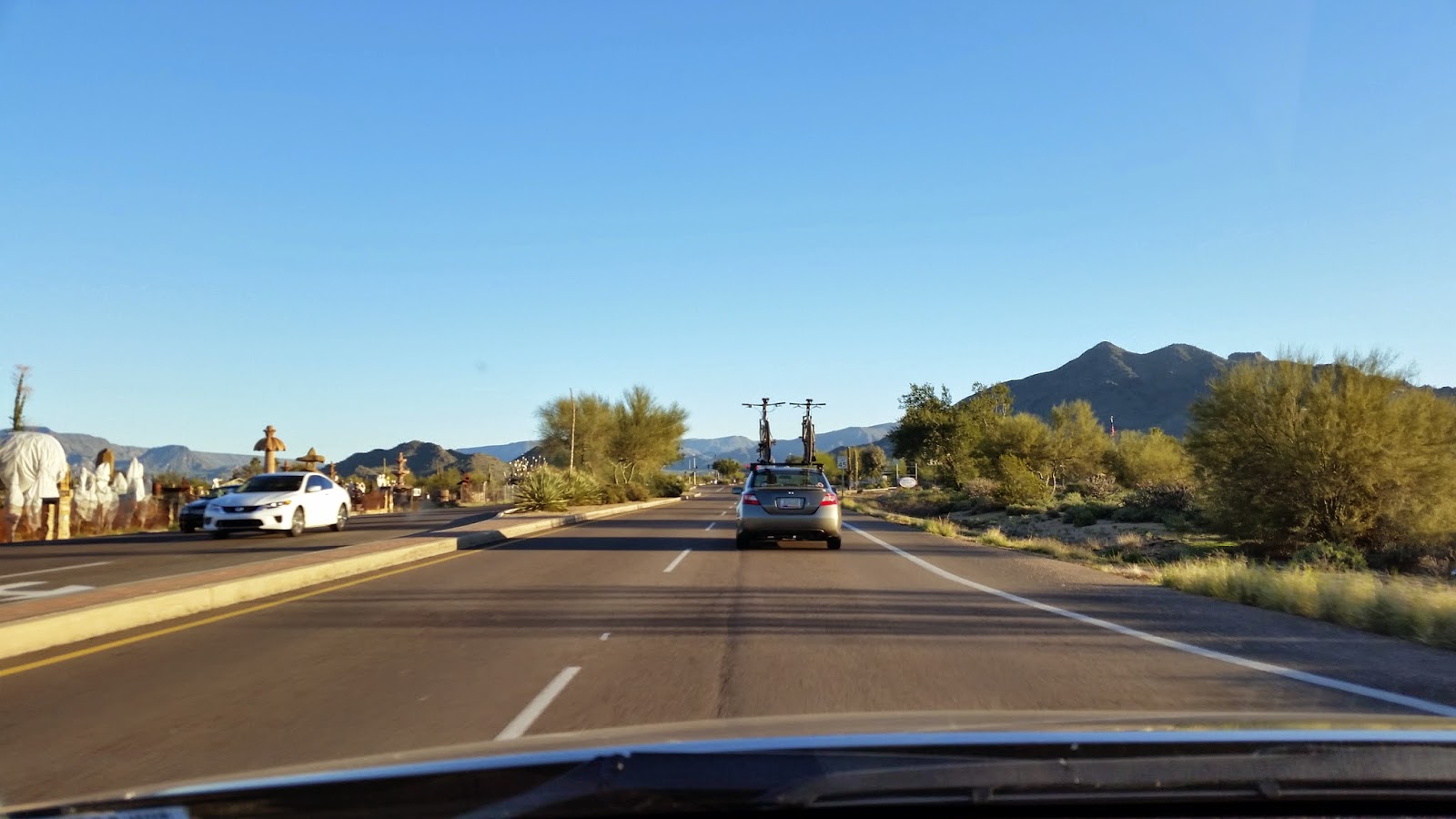 We were still in the desert (duh), and out of nowhere this Wild West sorta town appeared.  We rolled up to the Flat Tire Bike Shop and starting poking around.  I ran into most of the AZ DrunkCyclist crew, Chewie from MN, Dejay,  and even some old friends from here in . 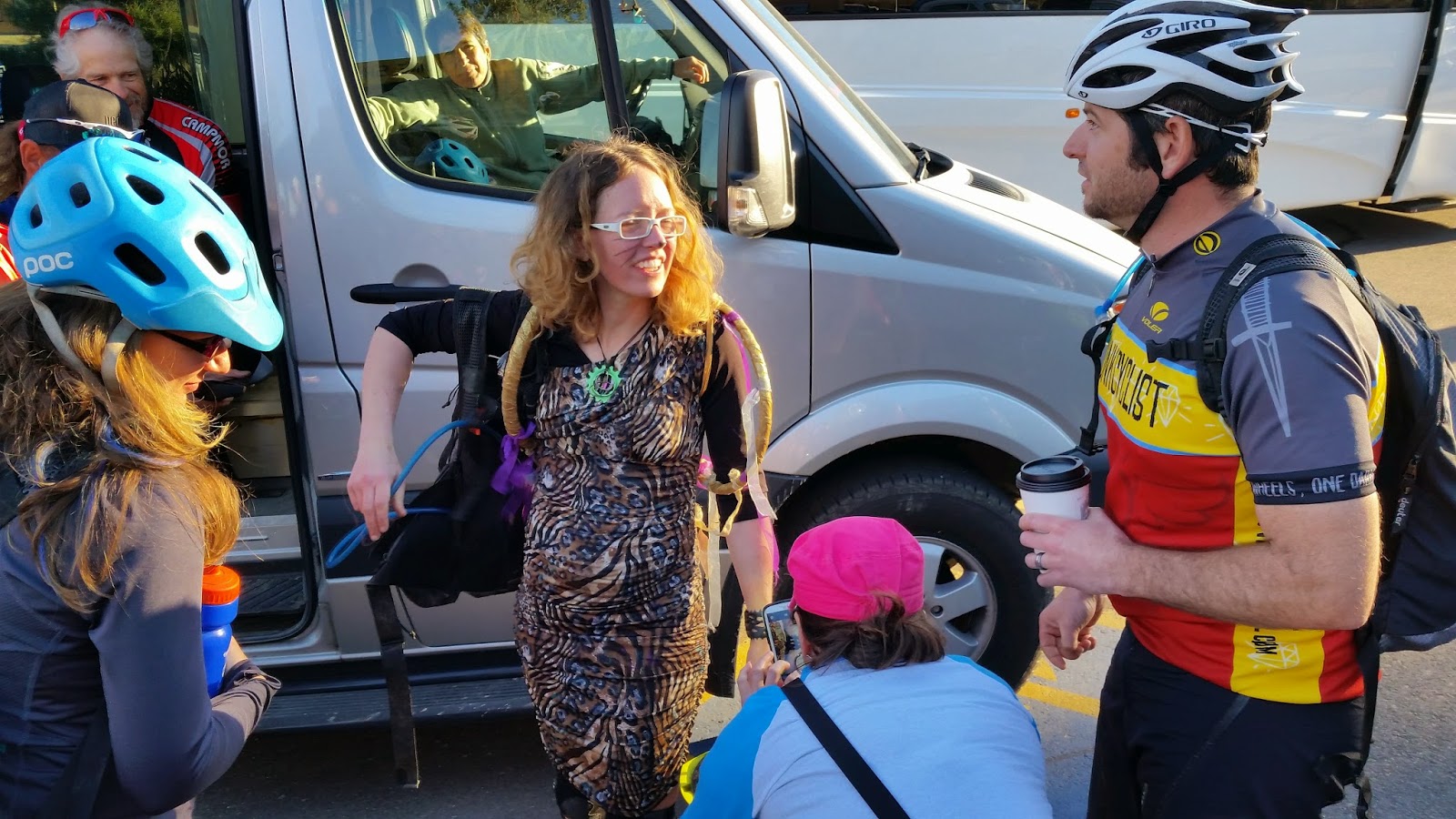 Everything was a little behind schedule while they figured out how to shuttle everyone to the start location.  They had luxury limo van service for the people and a U-Haul to take the bikes.  Since we had two cars (which turned out to be pretty smart), we followed the convoy that eventually started heading out of town. 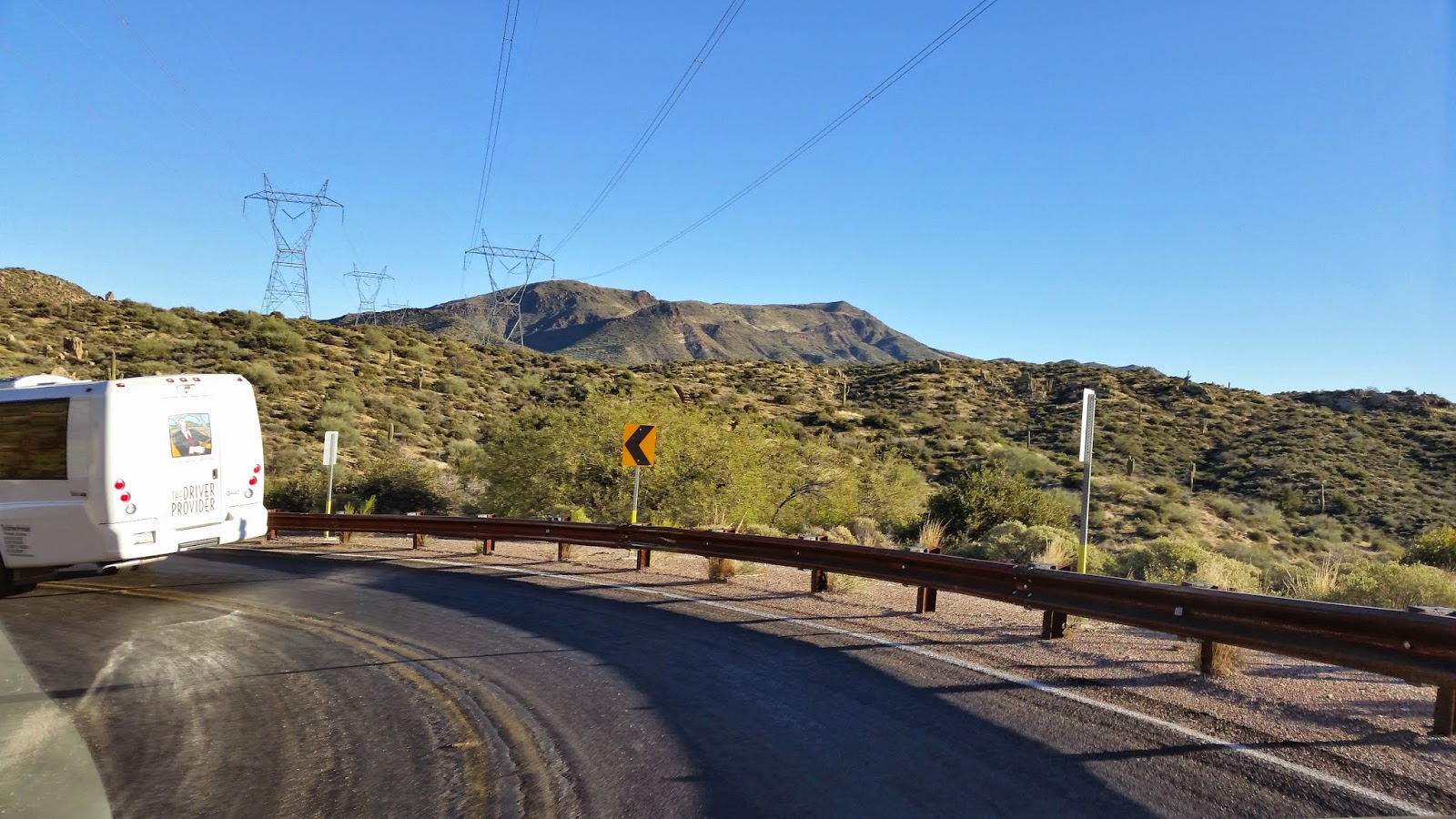 After about a twelve mile drive (including a dirt road) we made it to the Bronco Trailhead in the .  The riders gathered around to hear Dirty give his speech… 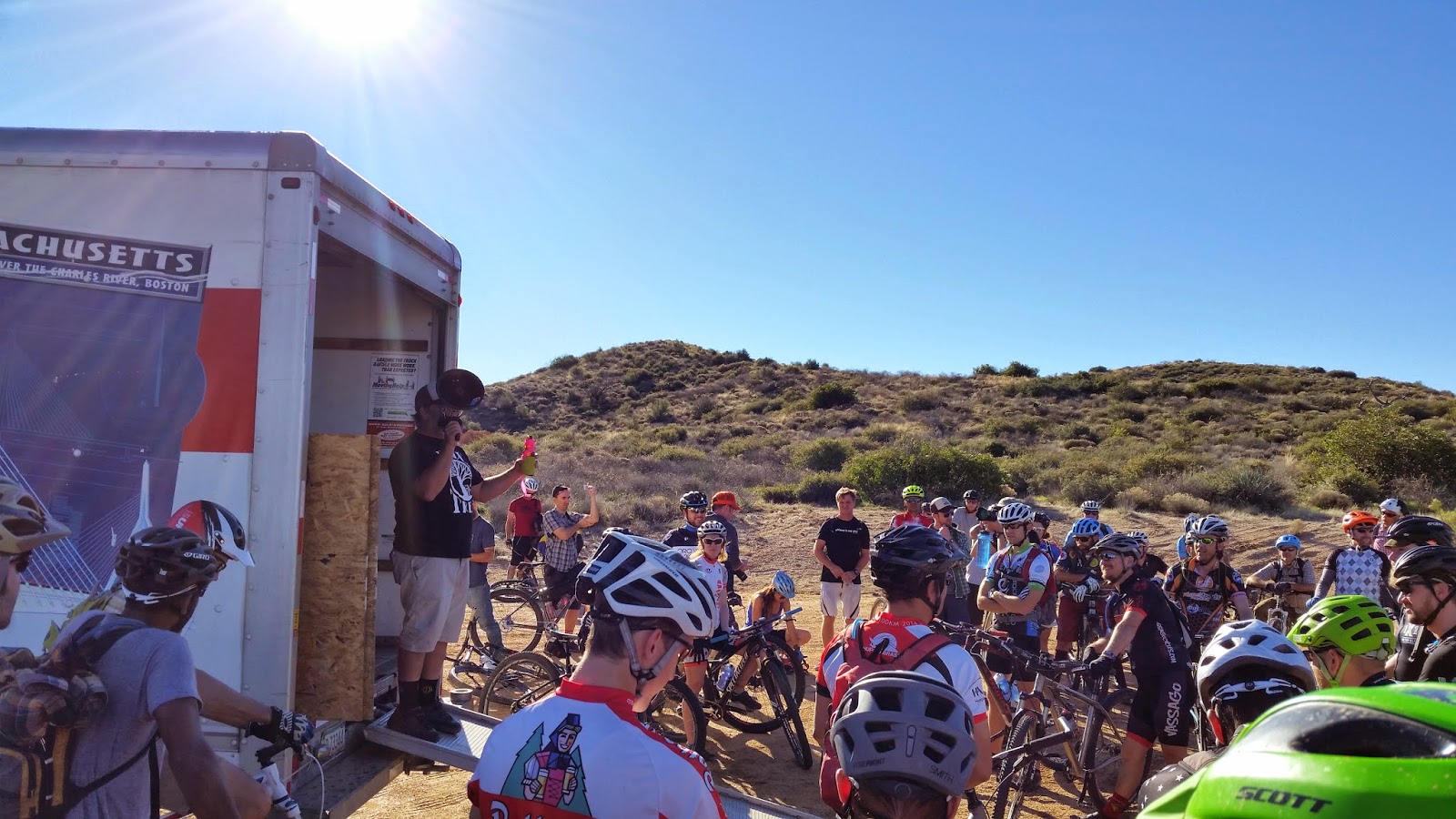 This was not a race.  It was a family reunion of single speeders from all over with a group ride thrown in for good measure.  We rolled out of the trailhead let out by some kind of enduro dirtbike (not Enduro™) and hit the road to find the singletrack. 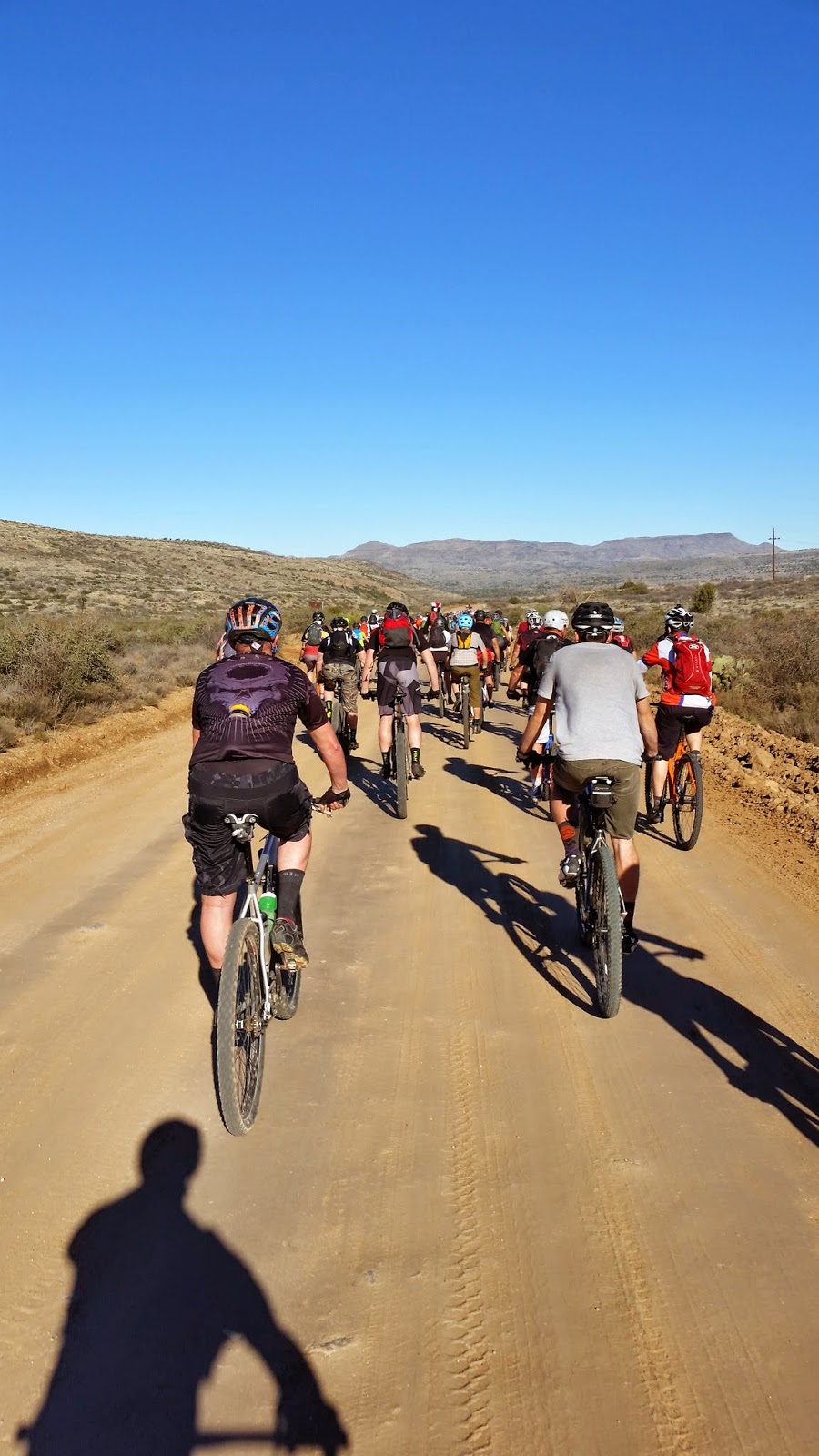 Since it was a party pace, I had plenty of time to take photos… 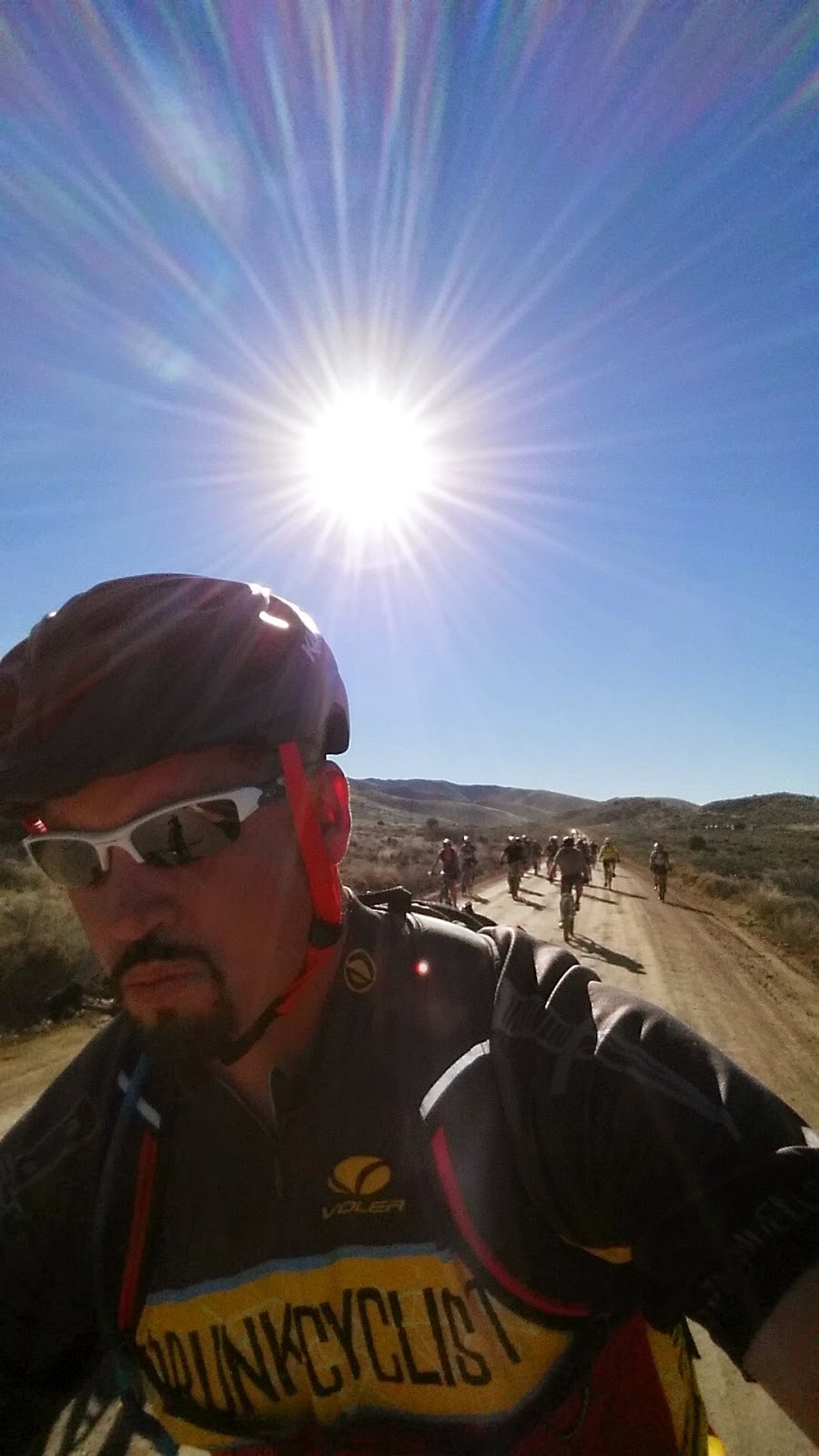 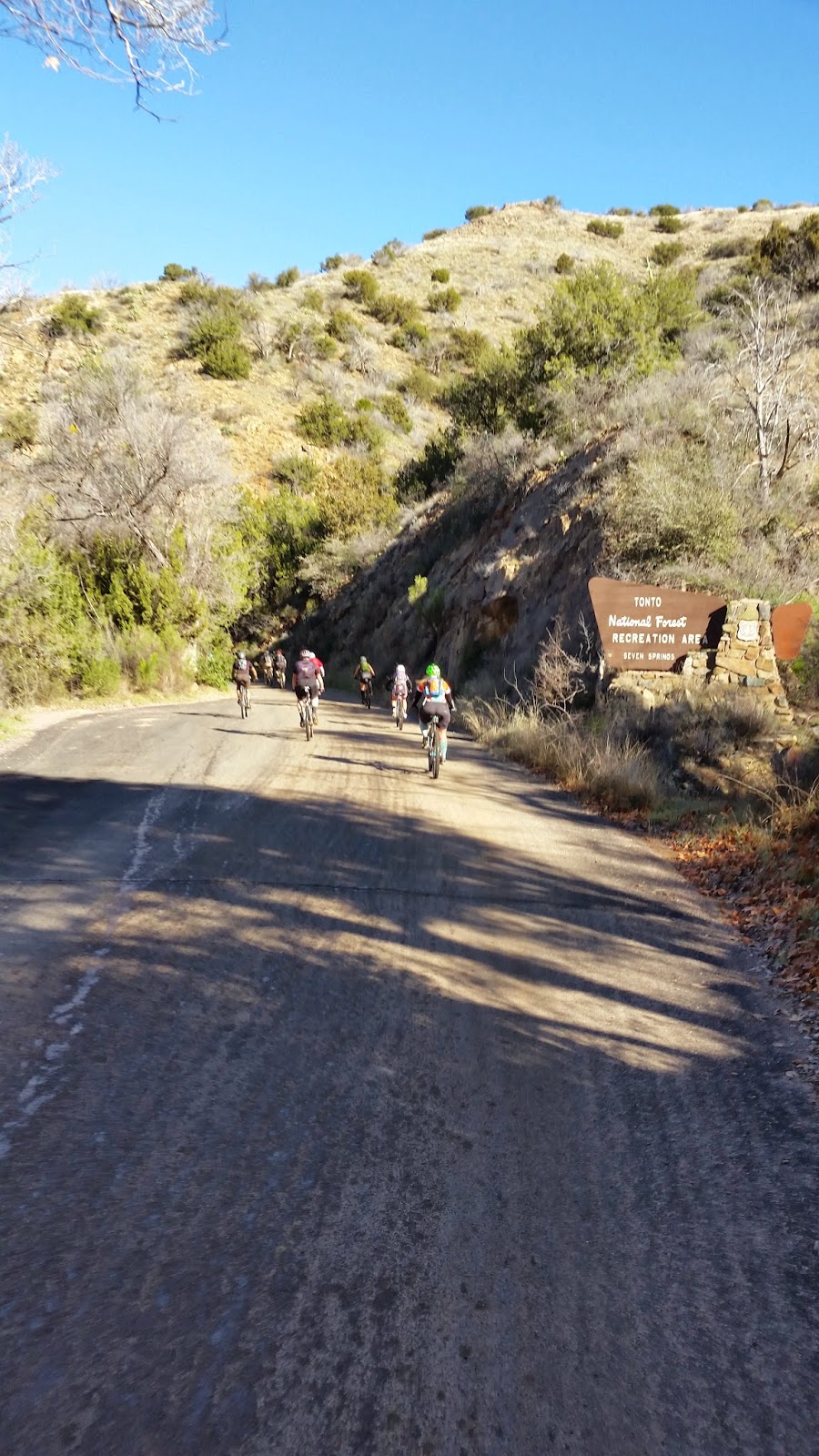 It was a beautiful day in the desert mountains, rolling up and down the hills on a road for quite sometime.  Once we hit the singletrack, it was gridlocked. 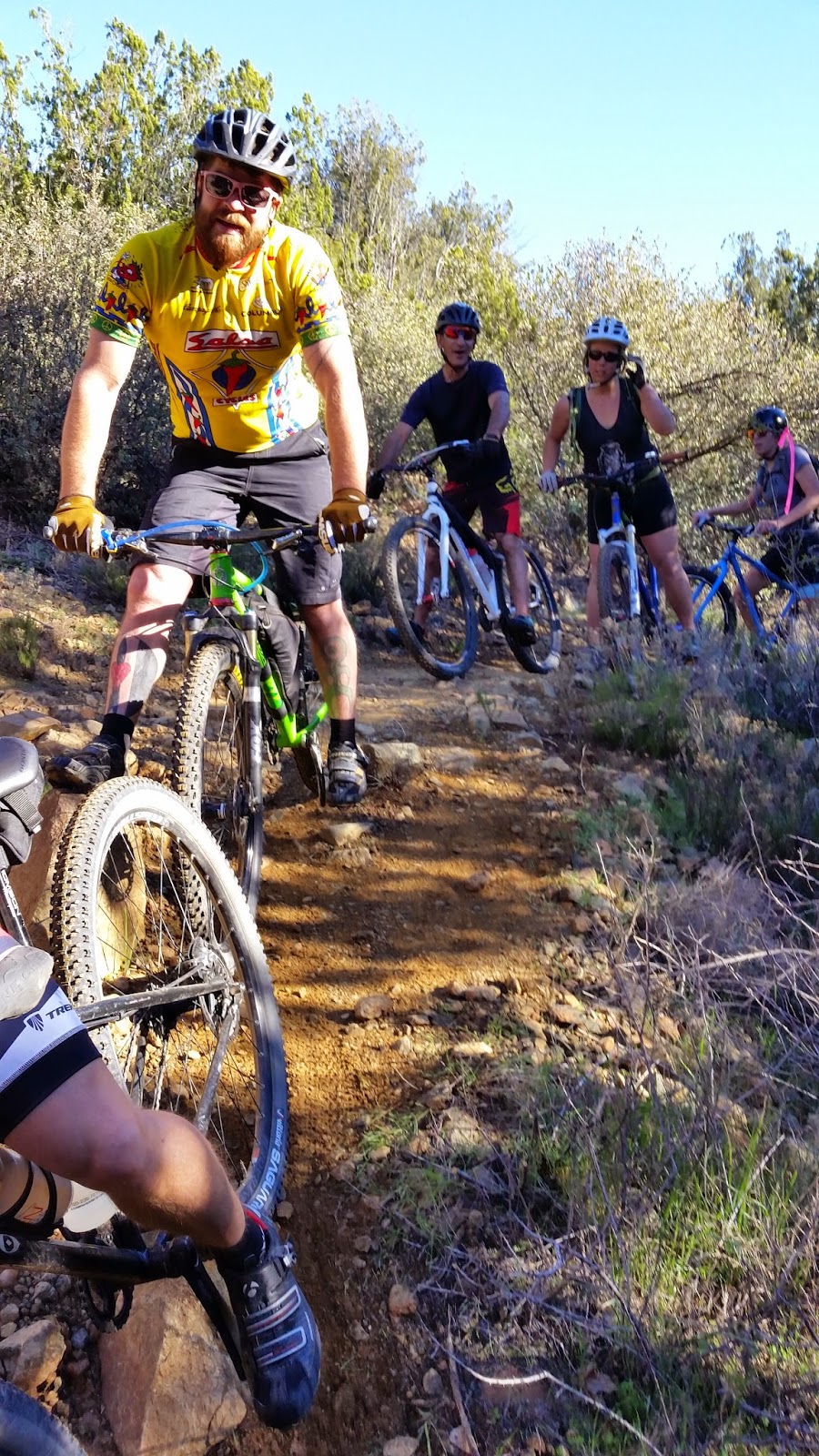 And it stayed that way for a while, meaning that even the simple climbs had to be walked. 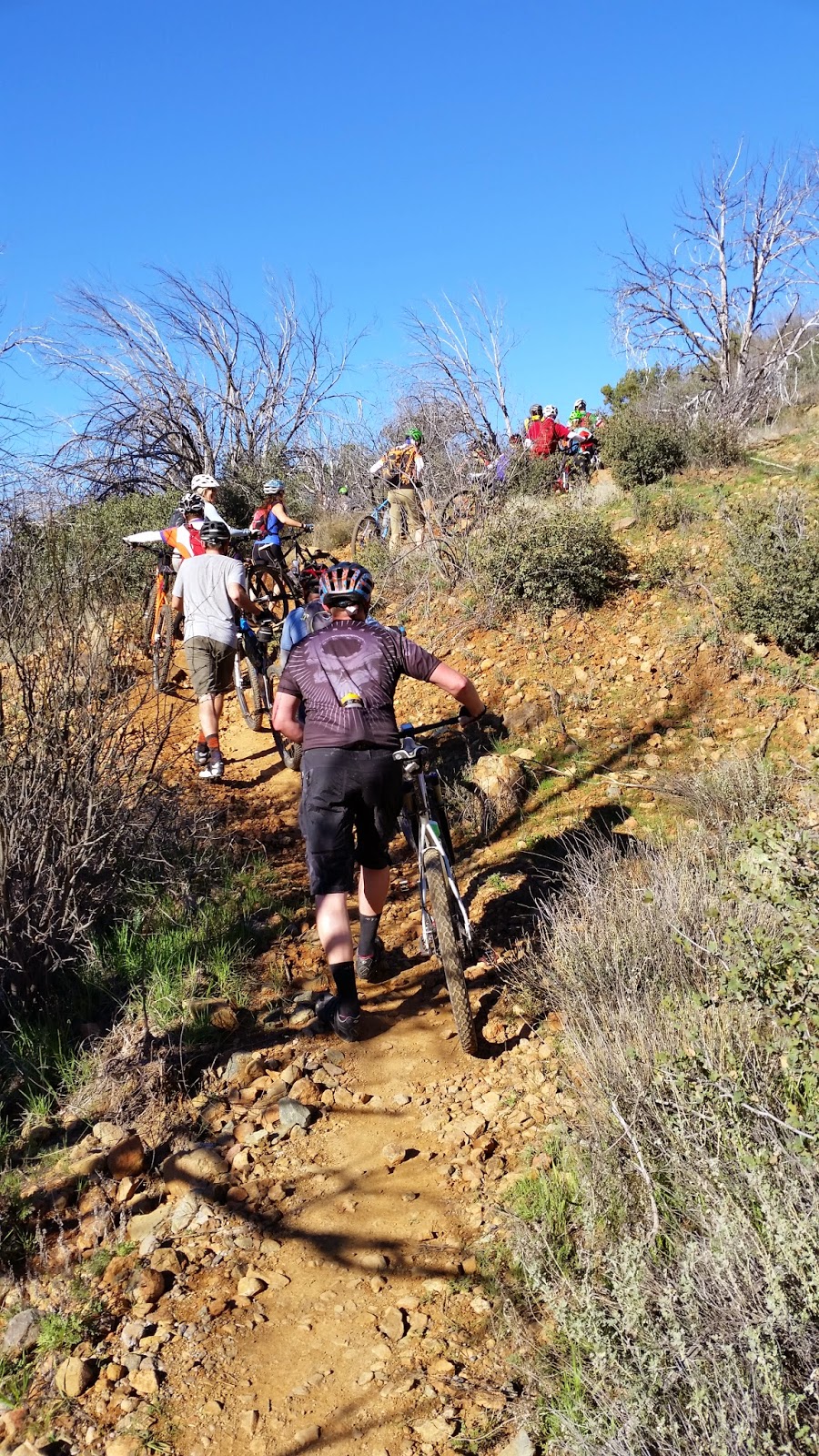 Once we started to spread out, I dropped back to get some “riding” photos before I caught up with the group. 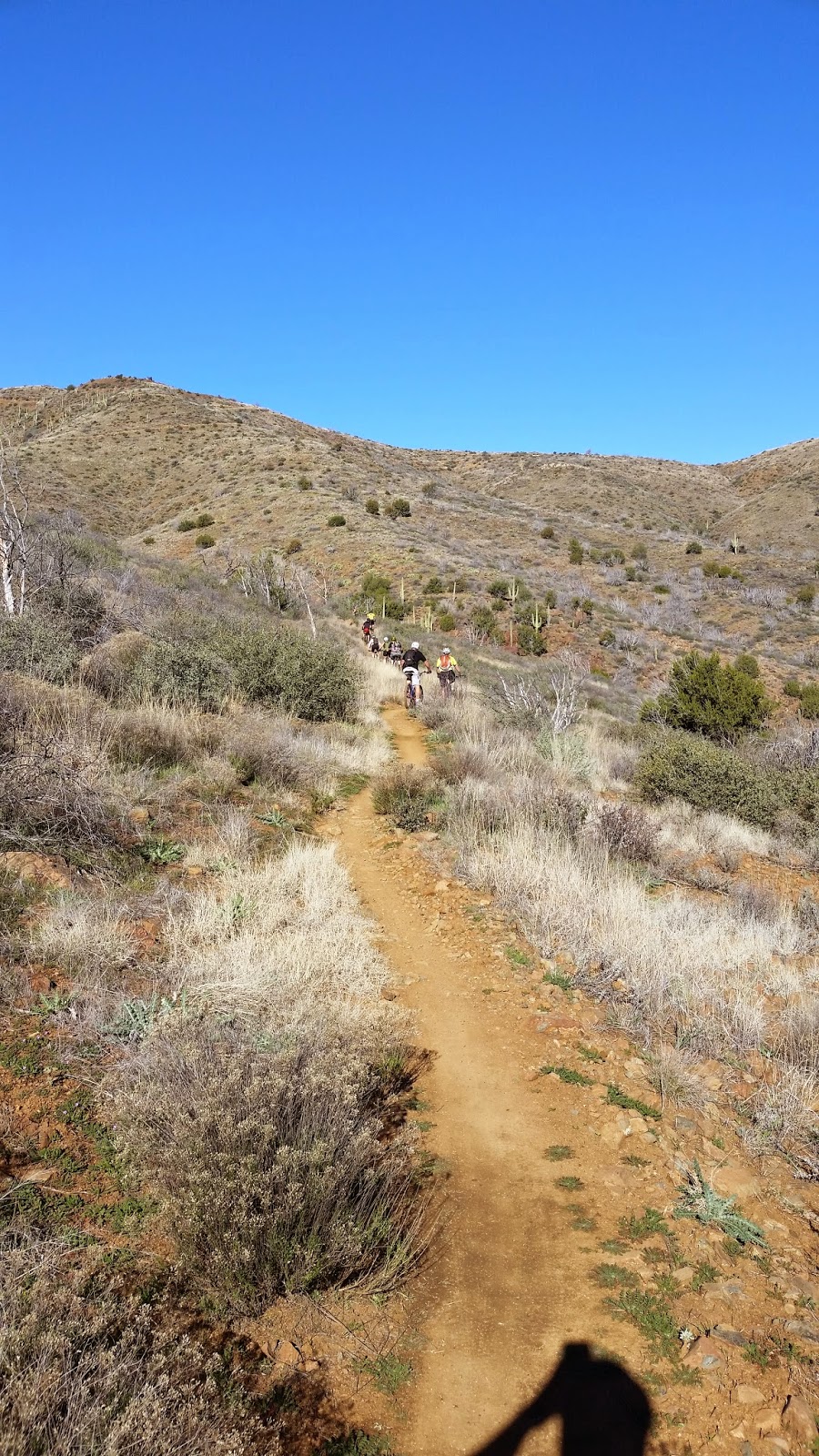 Then we backed up again because of a really rocky creek crossing. 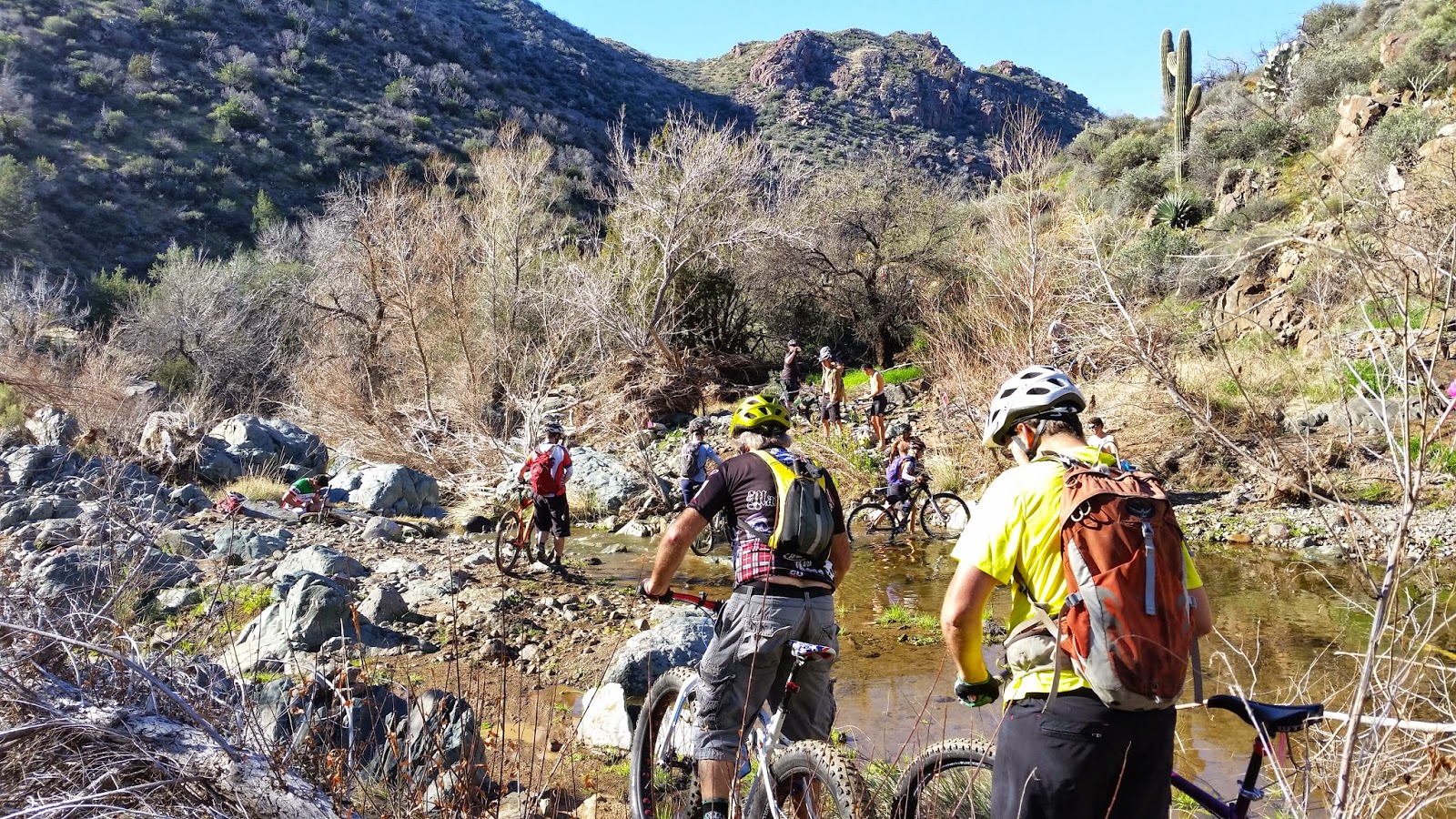 There was actually water in this one.

With no real steep climbs at first, it was still a challenge due to the gnar of baby heads all over the trail.  We actually rode a lot of it though, and of course I stopped often to take in the views. 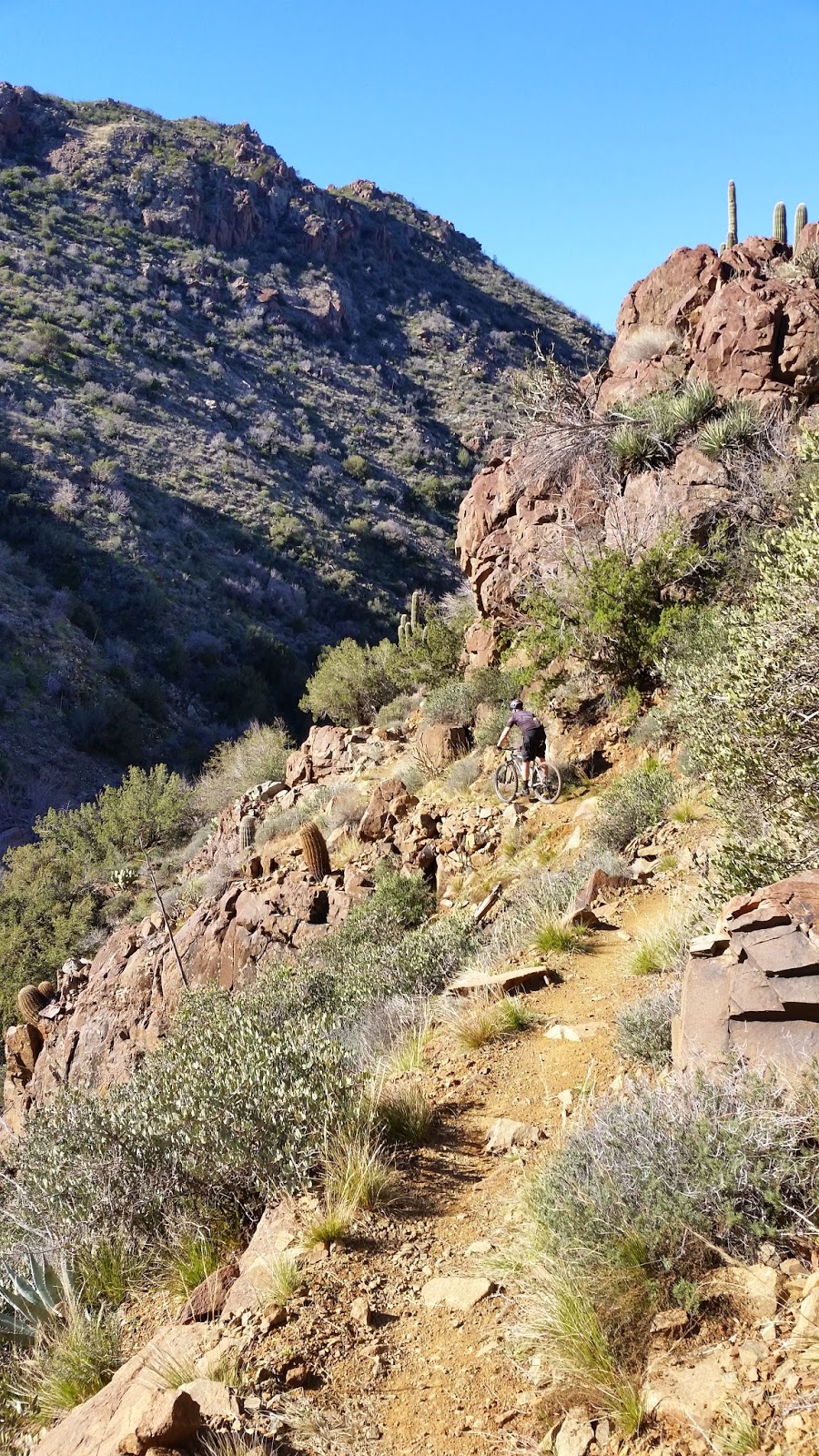 And we took a few breaks along the way to practice the DrunkCyclist secret handshake: 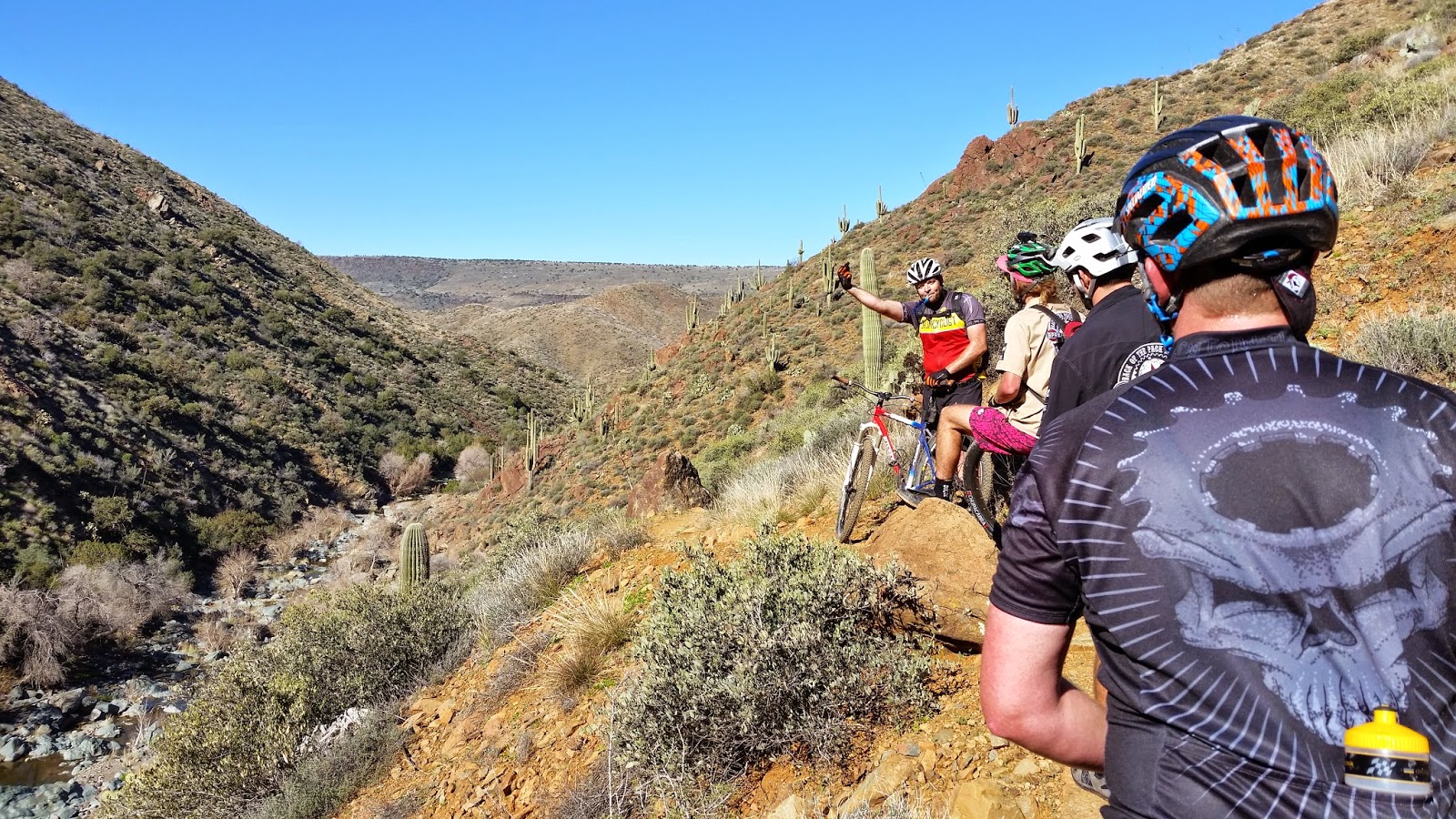 Did I mention that the views were awesome? 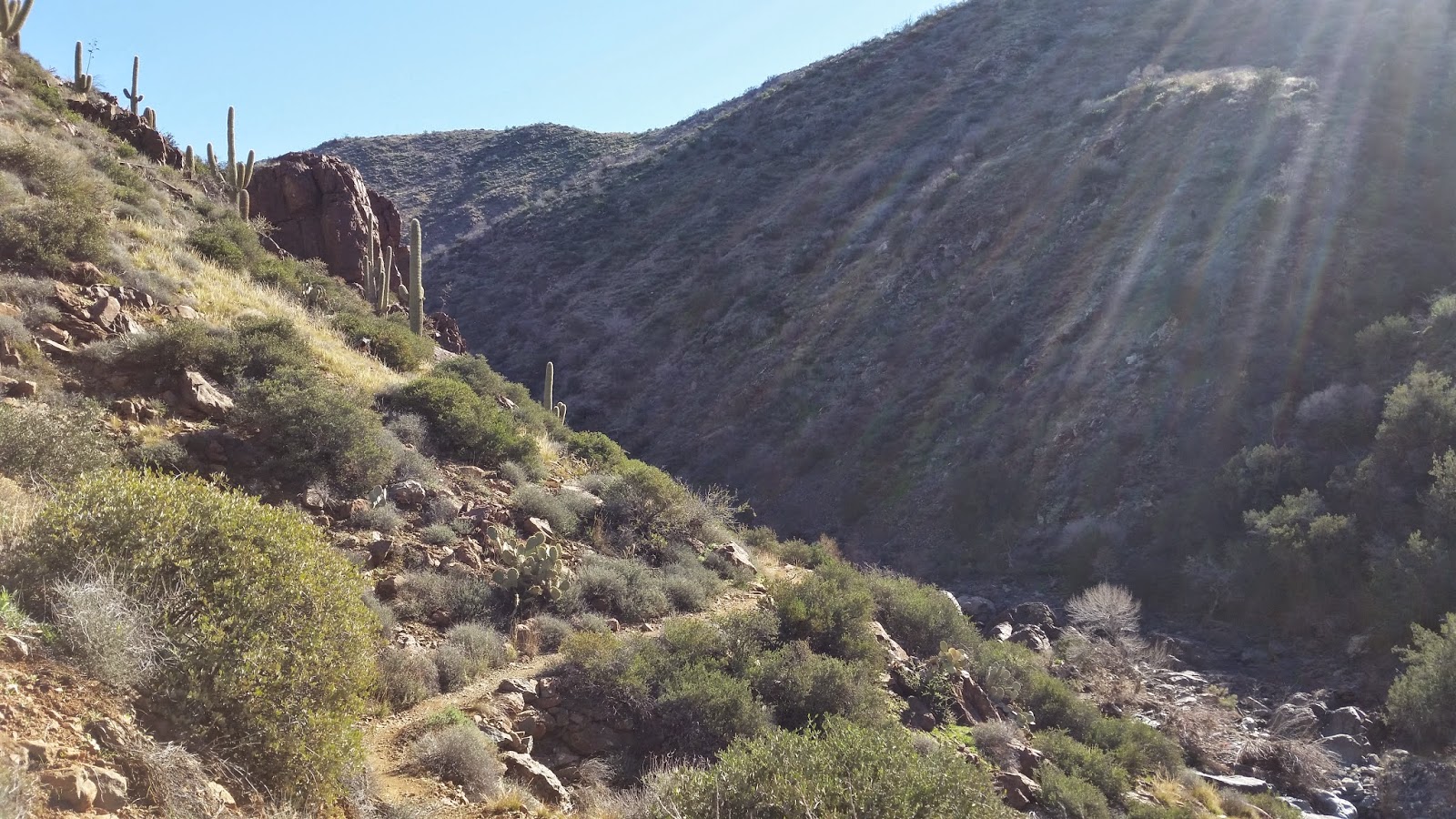 During one of my shutterbug sessions, I spotted Shanna rolling down the mountain, showing the fellas how you ride the gnar. 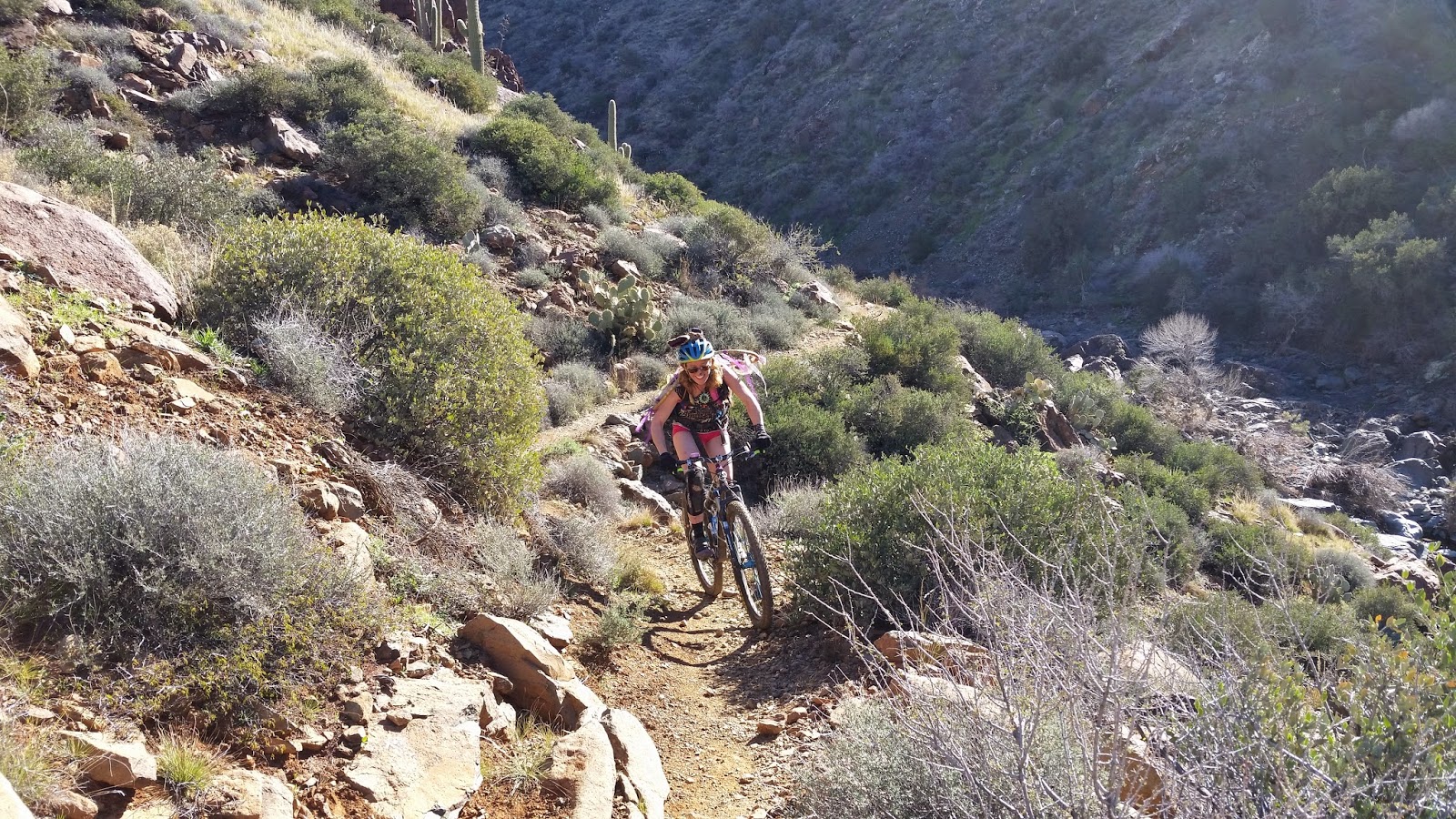 Then it got really uh, technical… 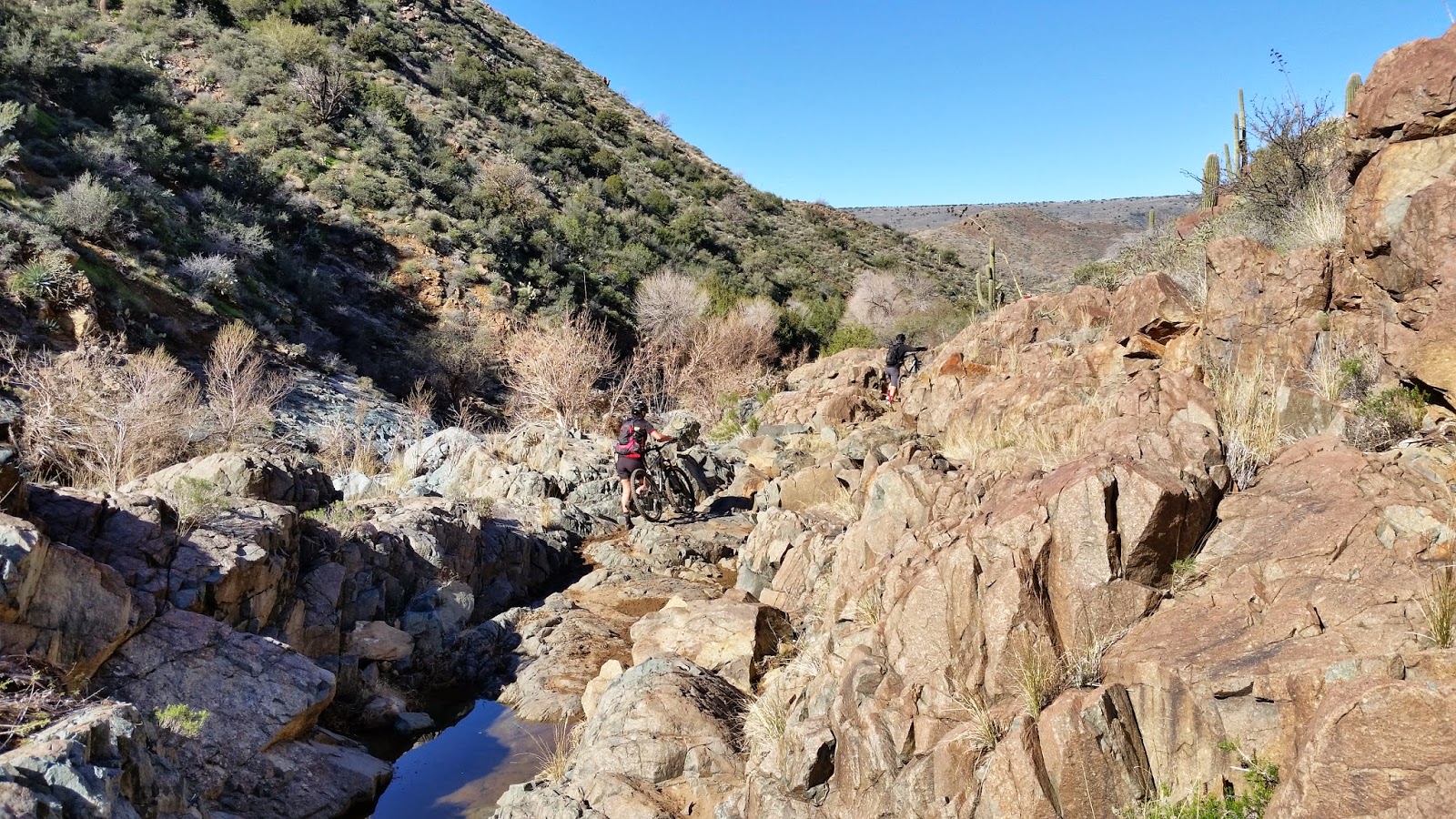 It was like the desert was giving us a big 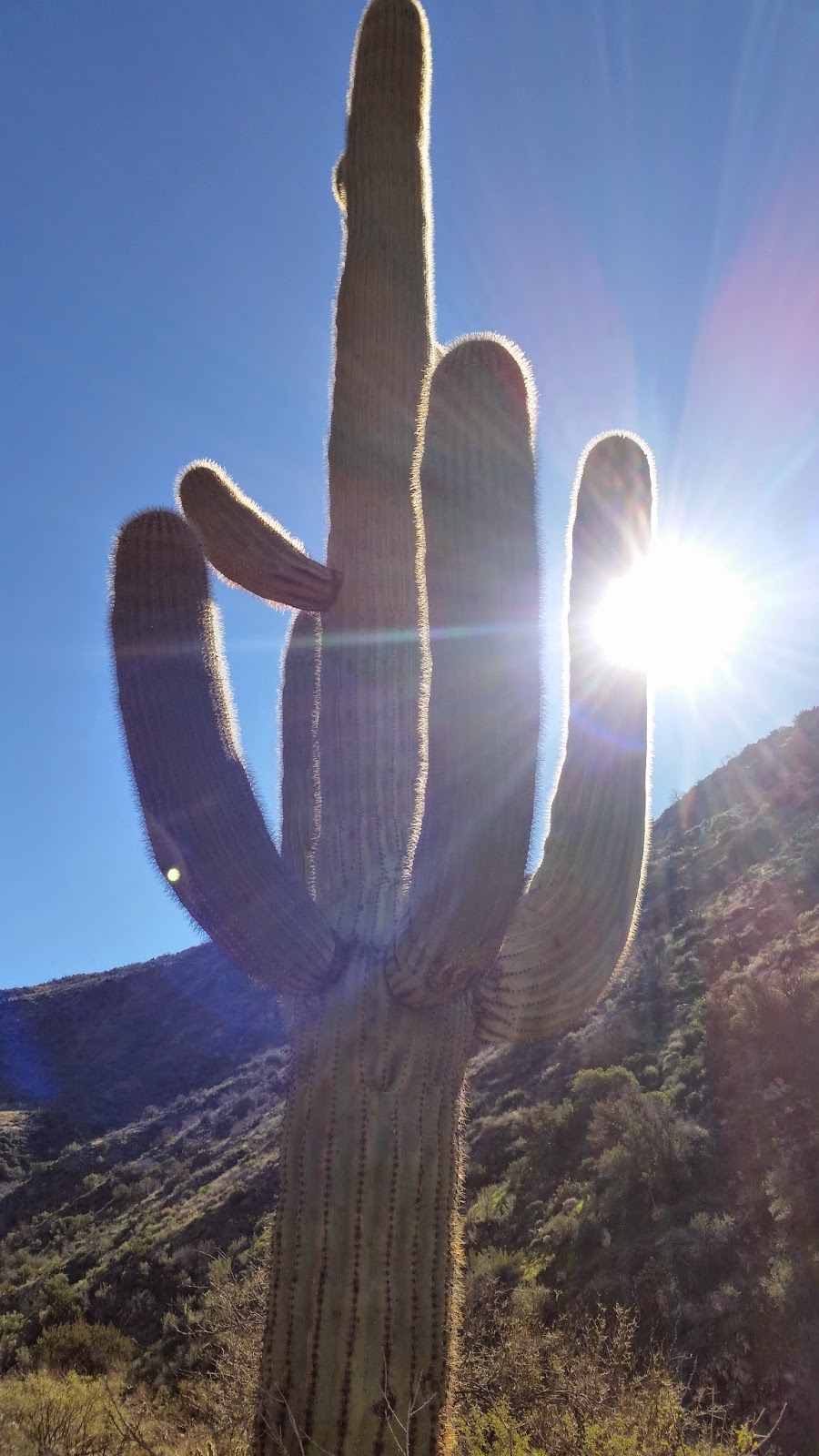 We kept going though. 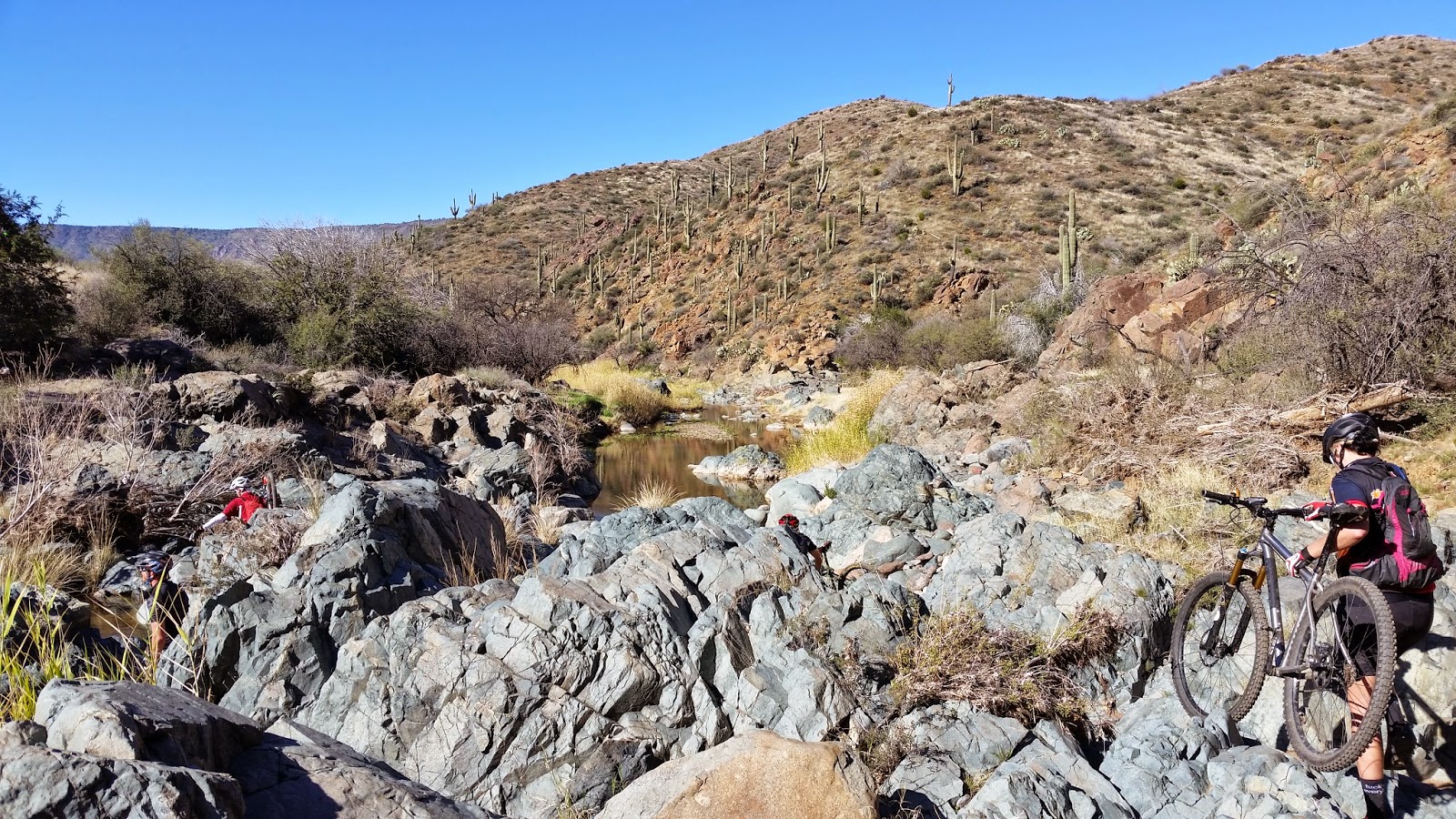 And of course it opened up again. 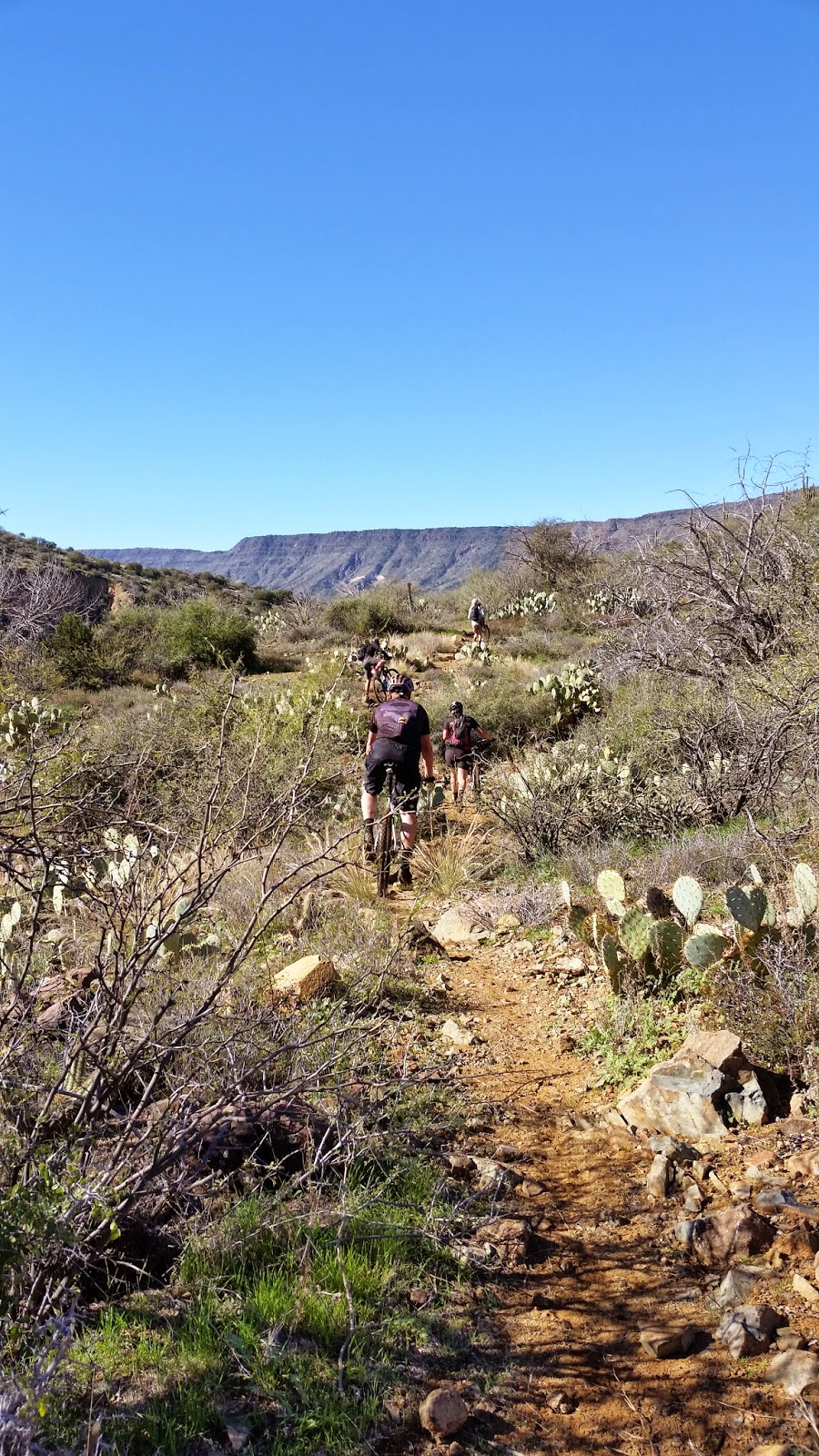 And I stopped for moar photos. 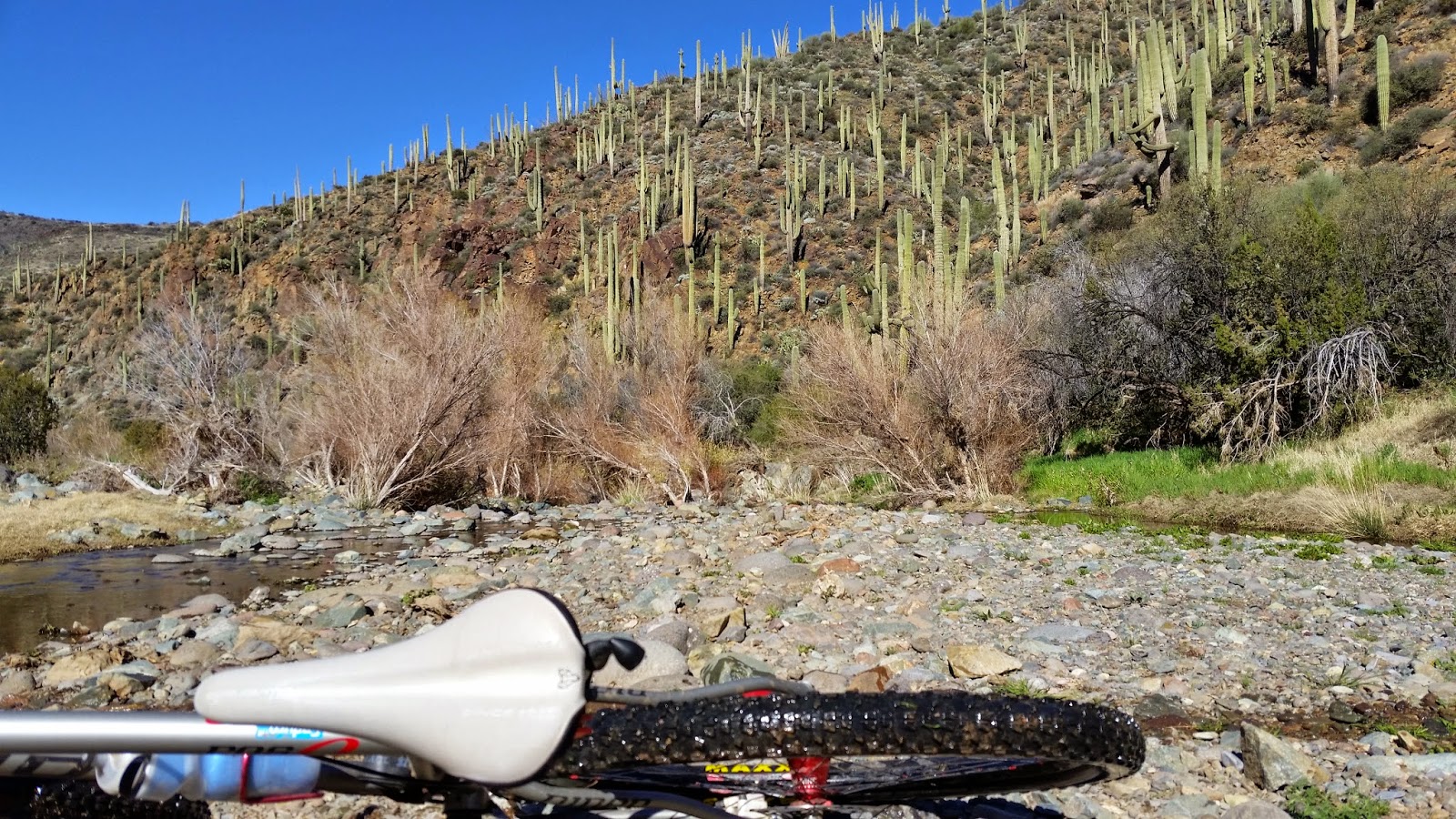 And yeah, I’m nowhere near finished.  More to come on Monday from Single Speed Arizona.

I have to go get ready to heckle this weekend at the next short track race.
Posted by TheMutt at 9:12 AM