Although I’d already signed up for the 12 Hours of well in advance, it quickly turned into an escape from the lovely weather we’ve had here in . 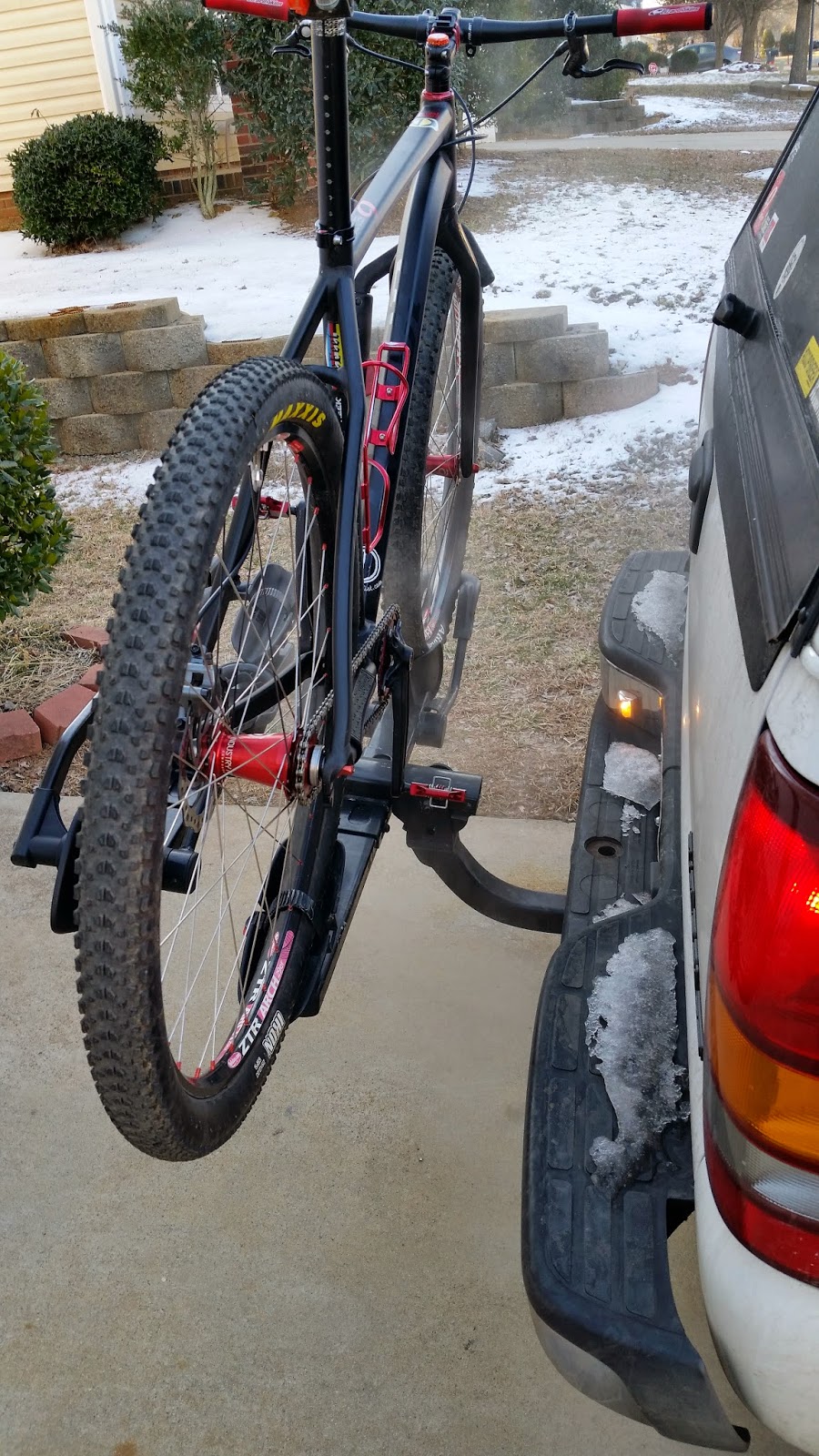 Lots of other folks had the same idea, so when I finally got down near I ran into some of the Charlotte FasterMustache crew, Dicky, Jordan from The Hub, Niner Mike, and a whole bunch of other familiar faces.  I got everything setup in a hurry since I was camping out of my truck, and we hung around for a while discussing what we were in for.

It felt good to be back “home” in the place I grew up with people from my current home.  And it was good to be warm too until the next morning. I can’t recall ever having to scrape ice off of any vehicles I’ve owned, but I do remember it getting cold enough to freeze.  It was 32 when I woke up Saturday morning, but once the sun came up over the trees we started to get warm again.  I was ready to see what I could do this year. 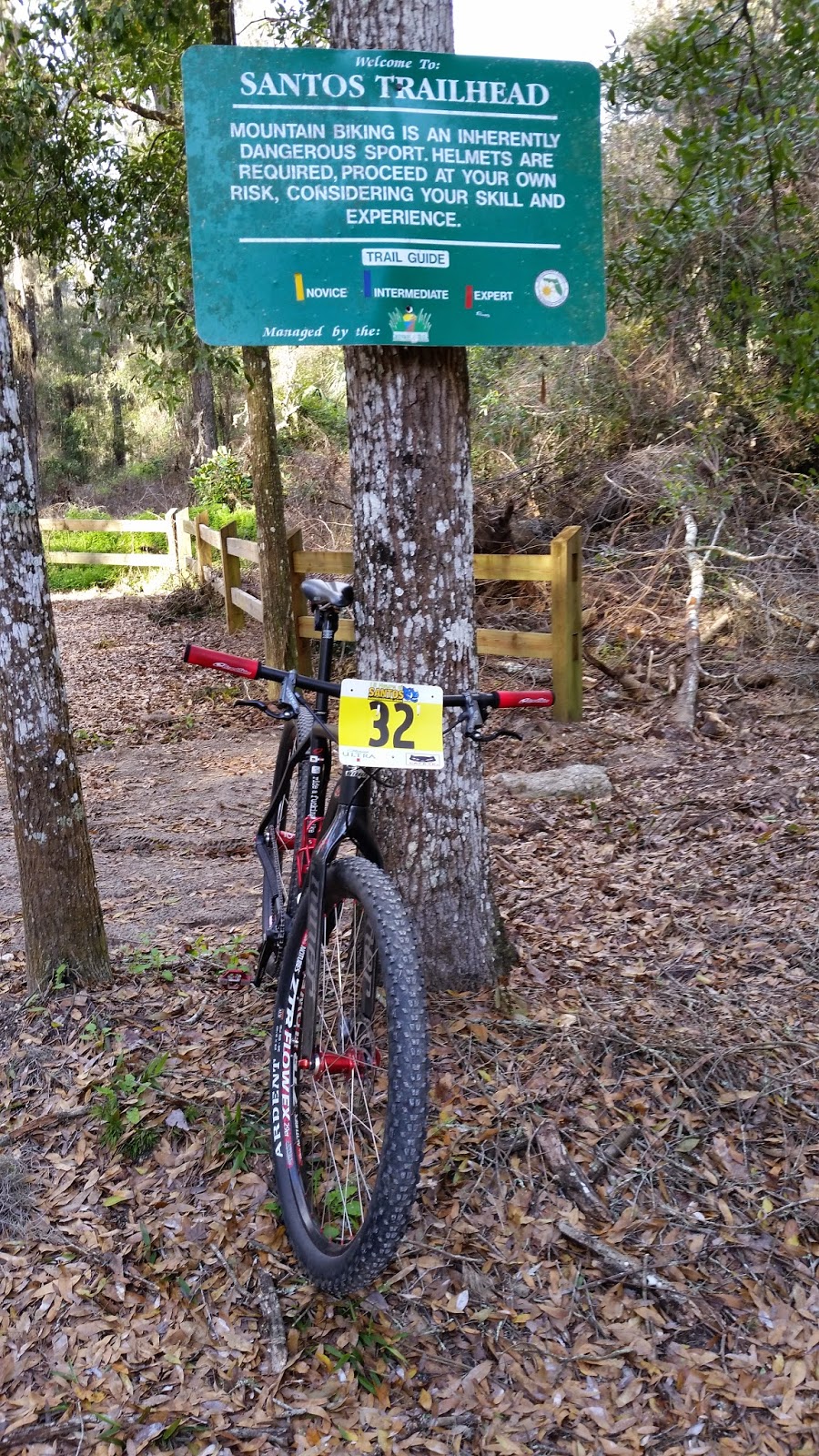 Last year, I came in with a horrible attitude and bailed after three laps (and wondering if I’d ever race again.)  This year, I planned to race, or at least give it everything I had.  After a quick rider meeting, I dropped my bike at the neutral zone and headed down in the Vortex pit to get ready to “run” for the start.  I don’t run anymore, and I thought for sure I would just casually stroll to get my bike.  When the race started though, I took off running just like most everyone else.  I grabbed my bike and ended up somewhere in the middle I guess.  I was supposed to take it easy, but I found myself “racing” and riding hard to pass people.

I felt fine, so why not?

After the “parade” lap (which was quite long and for some reason still didn’t spread everyone out) I started to settle in.  I still passed a few people here and there, and some of the faster riders started passing me.  I found a good pace that wouldn’t kill me and I was feeling mighty fine.  The short, yet technical and steep climbs were hammered, and I sailed through the flat stuff spinning at a comfortable pace. 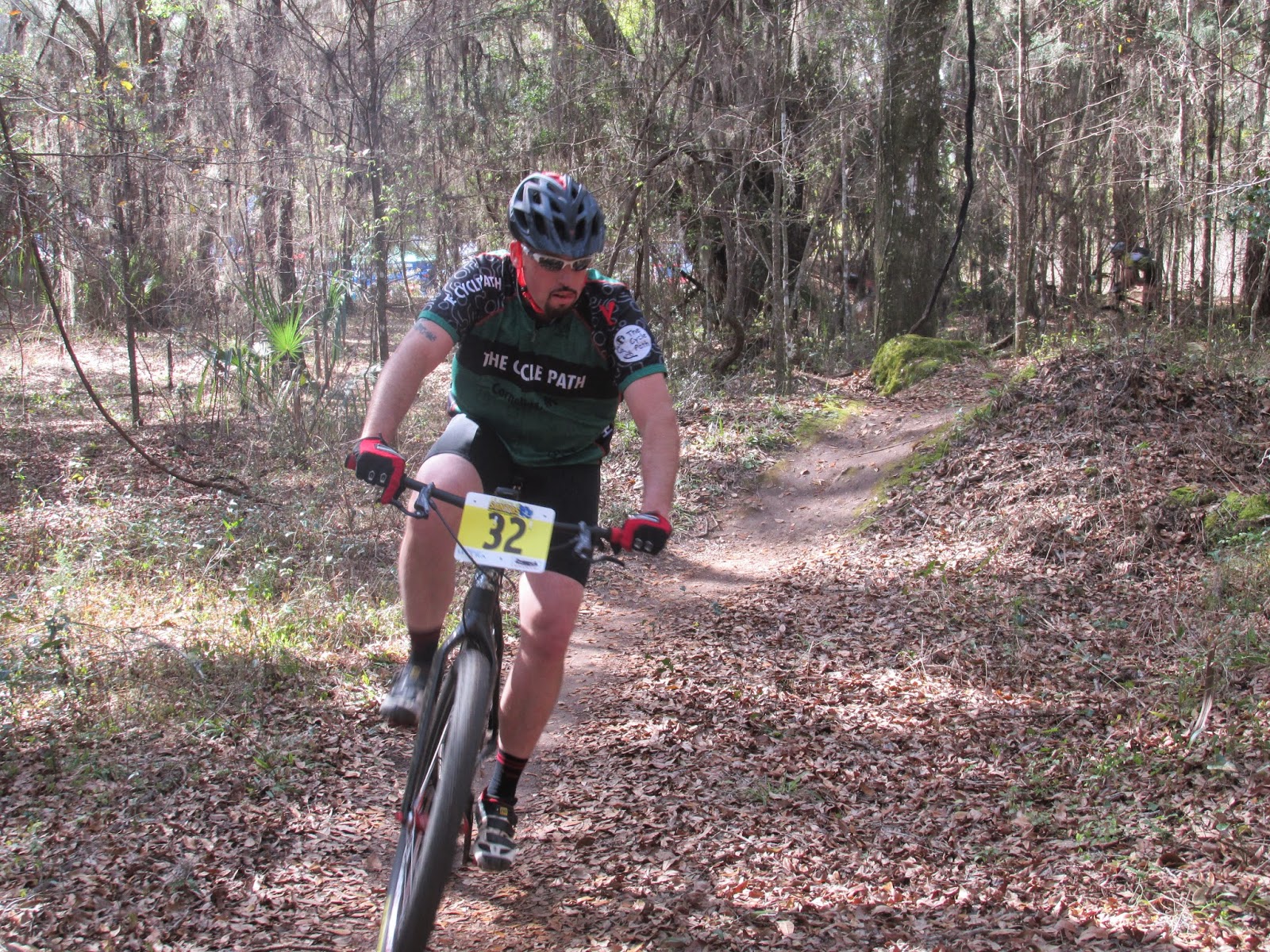 There was no quitting this time I figured.  I paid attention to my fluid intake and made sure to eat whenever I could.  After three laps my bottles were empty (as planned), so I stopped for a refill.  Niner Mike was more than helpful, especially since I mentioned to him that my front tire probably had too much air in it.

“This place is beating the shit outta me.”

Mike: “How much air do you normally run in the front?”

You see, I’d refilled my tire sealant a few days before and pumped up my tires ridiculously high to help it seal and forgot to check the pressure before I started the race.  During the first couple of laps I stopped real quick (a few times actually) to let some air out when traffic on the trail caused me to have to dismount.  I thought maybe I was close to the ideal pressure up front after so many attempts.  When Mike checked my tire and told me it had 30 p.s.i. in it I was shocked.

No wonder the rocky stuff hurt so much.  He dropped it down to 25, which I realized later was still too much for running a rigid fork, even at my weight.  It was noticeably better though, so the next two laps were a little more comfortable.  I never did check the rear…

Anyway, five laps in I was out of water again (all according to plan.)  This time, Mike refilled my bottles and I told him that I was gonna take a little bit longer break this time to make sure I could last the entire race.  I texted the little lady really quick to let her know I wasn’t dead, ate some food, and walked back over towards the pit area so I could stretch.  I got a lot of encouragement from the TotalCyclist team, as well as the rest of the crew in our area to keep pushing.  It was definitely appreciated.

I wasn’t about to stop riding, even though I’d already beaten my lap total from last year.  I had a horrible headache, my back and neck were killing me, and my left wrist was in pain (FROM A RIGID FORK AND TOO MUCH STUPID AIR PRESSURE.)  My legs (and my mind) felt good though, so I hopped back on my bike to finish it out.

More tomorrow…
Posted by TheMutt at 8:14 AM