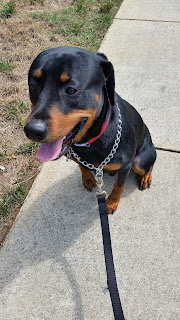 Carl knows what I’m talking about.

Two days in the weekend and two rides.  Yup, I managed to pedal twice in a row.  Who gives a shit.  After a nice day in the hills on Saturday, I tried to ruin it by taking a road ride on Sunday.  I had stuff to do around the house and didn’t want to be gone all day so a road ride made sense.

I took off out of my neighborhood headed for parts unknown.  Heading north towards quieter roads, I was looking for the least amount of vehicular traffic.  I passed what used to be my favorite road route, but now I’m denied access because of stupid cars traveling at 70+ m.p.h. 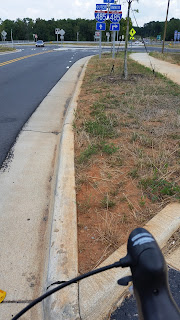 I didn’t really have a destination in mind, but I ended up near Huntersville.  After stopping for a second and looking at The Facebook, I saw that Dicky was nearby and heading my way.  So, I waited. 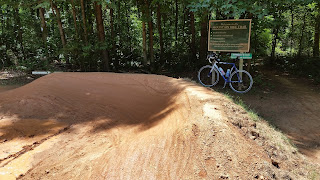 He no show up.  I am disappoint.

Without a suitable bike to ride the pump track (yes, I tried), I decided to head back south to see where I could end up.  A local craft beer store caught my attention so I stopped.  Surely Dicky was riding up this very road and would stop to have a beer with me. 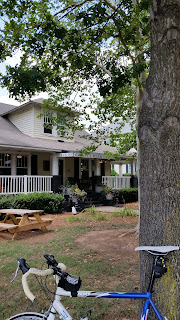 He never showed up.  I figured that since he was riding on the road on a single speed mountain bike that I must have been moving along at a much faster pace on my geared made for the road bike.  I continued south, thinking maybe I would see him spinning up the road. 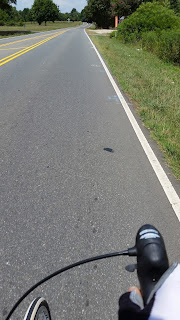 Still nothing.  Fuck it.  I’m heading back home.

Almost thirty miles for the day, sunburned, hot as hell, and no sign of a little old man on a single speed.  I made it home without getting killed too, which is always a plus.  I’d call it a good day.

Since I was out of my usual post ride beer choice, I settled for something else. 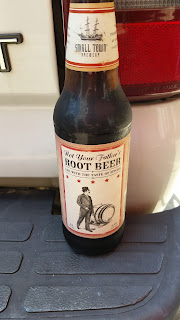 It was good.  It didn’t taste like it had any alcohol at all so I drank two just to be sure.