I Thought It Would Be Bad

Pretty much last minute I decided to head over to the “other” Pisgah on Saturday morning.  I kinda thought about going by myself, until Mike and his daughter planned to ride out there.  I planned to tag along, so I had to get my shit together in the form of bike maintenance.  With a slow leak in my rear tire I knew that I needed some Stan’s in it. 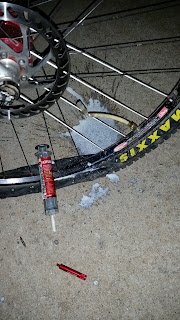 Oops.  I took that as a bad sign and went to bed early expecting to have a not so good ride the next morning.  I woke up, got dressed, and made the customary stop at Bojangles for pre ride grub.  Then I saw another bad sign… 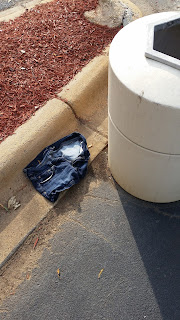 Anyway, I eventually got out to Old Fort where the Longs were waiting for me.  We suited up and rode outta town… 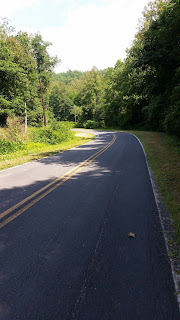 Which turned into fire road… 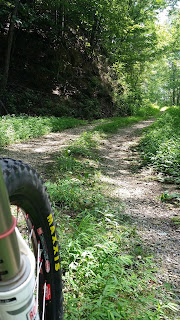 Which turned into an obstacle course. 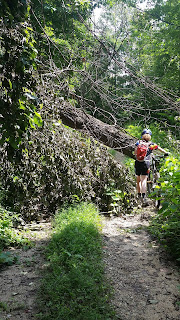 It was cool though.  We climbed for a while and it was okay.  Since we were out there to have fun, we stopped often.  At one particular point when we stopped for a longer break, I busted out my leftover biscuit from earlier. 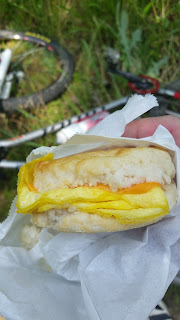 It was awesome, especially when I got to have wild berries for dessert. 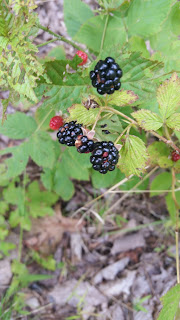 The beginning of our route is full of climbing, but you are rewarded with a nice view when the trees open up. 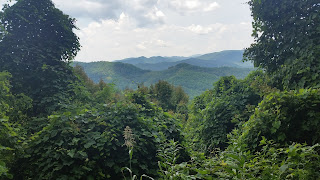 Ah yeah, it wasn’t all road. We had some cool singletrack too. 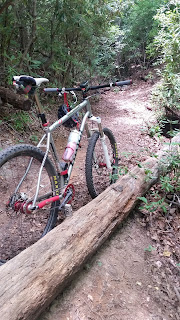 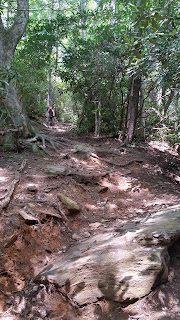 And railroad (not poo) tracks. 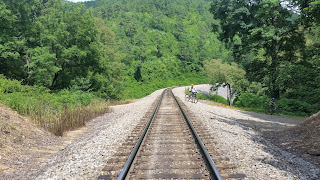 And I got to be a choo choo. 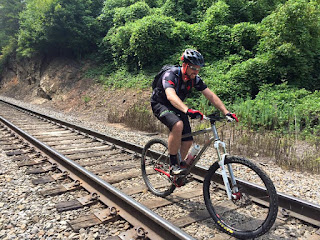 The highlight of the day had to be when we stopped at the creek crossing though. 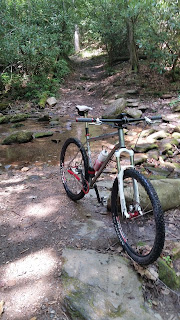 We hung out there for a while, using the cold mountain water to cool ourselves off after a hot day.  It turned out to be an awesome time, despite the bad luck I had the night before.

And then my tire sprung a leak. 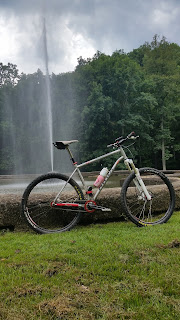 It really was a great day. Thanks to Mike and Laurel for letting me hang out with them up in the hills.

And of course I got some beer when it was all over. 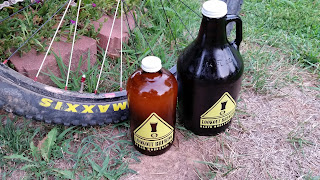