Every time I go to the mountains, I see stuff I dig.  These signs are my favorite: 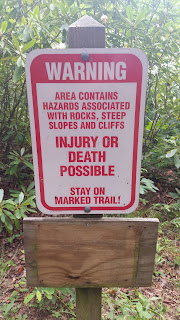 So yeah, the little lady and I made the most of our day in the hills.  Although it wasn’t supposed to be a death march, we still rode a lot.  And I was really impressed with her skills. 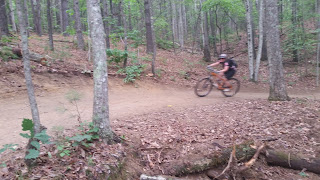 She was fast, and now with a drooper post she has a lot more confidence.

We finished our ride, and despite all the ugly clouds in the sky we didn’t get wet.  And just like we do after every good ride up in them thar hills, we hit up The Hub for some refreshments. 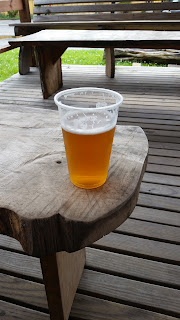 And that was pretty much our plan.  Simple.  Ride bikes.  Drink beer.  It was such a good day thus far though that we decided to head into the sleepy little town of Brevard to see what we could get into. 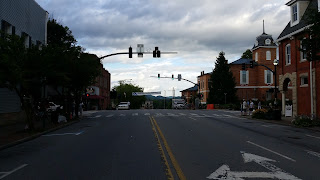 They were happy to have us. 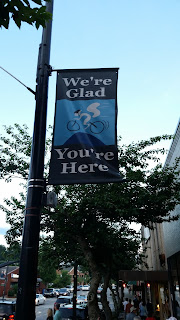 After walking around and poking our heads into a few shops, we smelled good food and heard some live music.  We decided to follow our noses (and ears), and we were not disappoint. 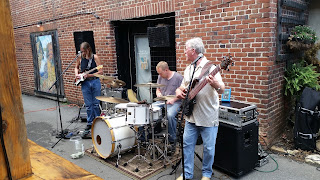 A live band, playing lots of blues-y stuff right there in the alley.  We had a few beers, some good food, and listened to these fellas play for a while.  It was awesome, but we weren’t done.  We walked down the block a little further and spotted Brevard Brewing.

So we went in for moar beer. 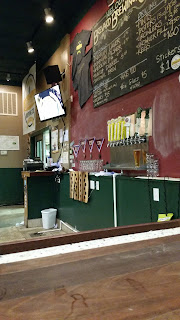 The service was meh, but the beer was good.  After a while, we looked up and noticed that the place had cleared out.  We realized that it was time for the town fireworks display for Independence Day.

So we walked down the street to check it out. 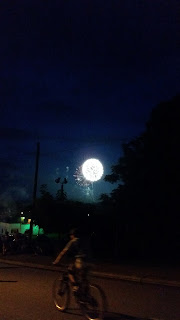 What an awesome day.  We both definitely needed it.  In fact, we really should do it more often.  On the way home, we even talked about making it a permanent thing…

You know, like actually moving up to the hills for good.

Not a bad idea at all.