I've been out of town the last few days for work.  I don't mind traveling, especially since I don't normally go very far or stay too long.  This time though it was two nights in Georgetown on the South Carolina coast, and of course I brought a bike.  I'd hoped to meet up with some of my friends down that way for a ride one of the evenings I was there but it didn't happen.

I ended up working too late for a "proper" ride, so I grabbed a beer and decided to go fishing for a good spot to pedal. 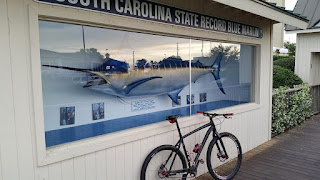 Warning, I will attempt more puns.  You haz been warned.

I was across the street from a marina and decided to check it out.  Typical stuff.  Water, boats, and old people wondering why a grown man was riding a bicycle.  But the best part of all?

It was easy to relax. 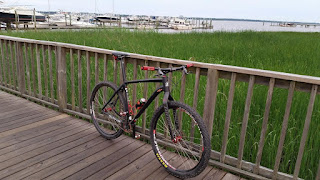 This was a small town, which meant that my marina tour took less than five minutes.  Without a map or any idea what was out there, I headed in the general direction of "downtown."  It was unknown territory, and quite scary. 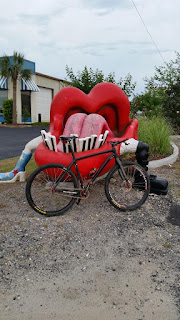 Once I got off the main drag I headed down some neighborhood streets.  They looked like your typical coastal town (or most of Florida) with older houses and tree-lined streets. 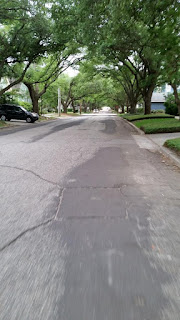 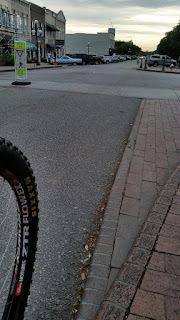 I found another marina.  This time though, the sun was going down so I took a photo. 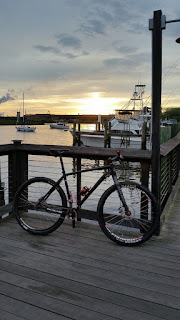 And then I decided to find more shit to lean my bike up against. 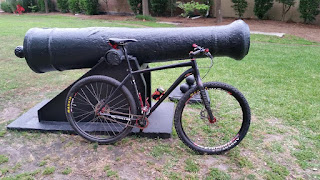 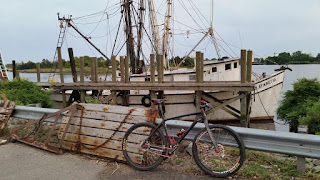 An unexpected part of my ride let me to find a young man on the street playing his guitar.  I stopped to listen for a bit and I really enjoyed it. 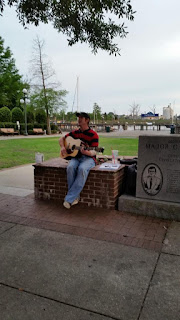 We talked a while after that, and he was pretty inspiring.  He was definitely talented, but the most amazing part was that he was missing his left index finger and still able to play better than people with all of their fingers (like myself.)  He was a very positive dude, and it made my night to talk to him.

It was getting dark though and I had to find my way back to the hotel.  I'd pretty much given up on finding any kind of trail to ride and tried to make my ride fun on pavement.  There was a lot of historical stuff there, and I stopped to see it all.  I wasn't a mountain biker, I was a tourist. 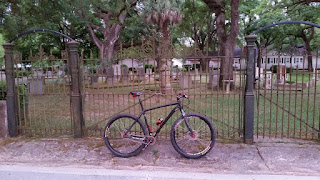 It was a fun time for sure.  I'm pretty fortunate to be able to bring a bike with me everywhere I go.  And even moar fortunate that I can easily find the best places to drink beer afterward. 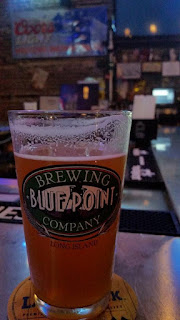 It was a pretty successful business trip.  I worked hard, and played harder.

All work and no play is for suckers.