Hangin’ on the Bars 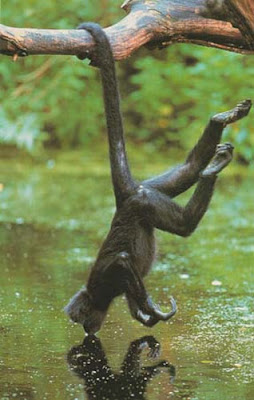 I guess I was so busy complaining about trash that I forgot to include a report about my new handlebar situation. After all, Sunday’s ride was my first real trail ride since the installation. After unloading the bikes and heading over to the pump track, I immediately noticed a huge difference in my riding position. I liked it a lot. I was more upright, but not so much that I felt like I was on a hybrid bike. I had about the same skill as usual on the pump track, meaning that I could make it all the way around several times without pedaling. That was enough of a “riding position” test. I didn’t feel as if I needed any further adjustments, especially since I checked and double-checked everything when I first put them on. Now it was onto the trail. 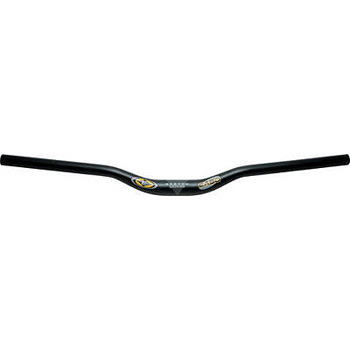 The trail starts out with a quick little downhill, and there is a small jump that you can use to clear the remainder of said downhill. I hit it without hesitation, and I was successful. The “without hesitation” thing was foolish on my part, since I was supposed to be getting used to my new bars. I guess I have no regard for my own safety (or Goose’s for that matter.) The little downhill intro felt nice, and it was followed immediately by a climb. That’s when I noticed the biggest difference. By sitting more upright, I was able to place more of my weight towards the rear of the bike without adjusting my position on the saddle. That makes for some prime climbing. It is rare that some bike fit adjustment benefits me so quickly. I usually have to mess around a while to get the proper proclaimed advantage.


As I wound my way through the twisty, rooty singletrack, I noticed that the handling was much improved. Just like with the climbing, I didn’t have to adjust my arse on the seat so much when I took the turns. I could lean into them without fear of rubbing my derriere on the rear tire. Another big plus is I have no more neck pain. I was hunched over before, and I had to strain my neck to keep my eyes on the trail. Confidence has been gained. Why the hell didn’t I do this before the race season ? Oh yeah, probably because it wouldn’t have done anything to keep me from getting tired during the races. Lesson learned.


Once again, the change I initiated turned out to be a good thing. I think I may have achieved a “proper” bike fit, for now. My new Easton EA50 high-rise handlebar did the trick. Who knew I was such a genius? I certainly didn’t, and if you read this blog regularly, you don’t think I am at all. Good call.


One other thing I failed to mention yesterday was the fact that Little Miss Sunshine came up with a name for her bike. She loves her new finely-tuned suspension, and the way it keeps her from feeling the rough spots on the trail. In fact, she calls it “bouncy.” Normally, bouncy would be a bad thing (like throwing you and the bike all over the trail), but in her case it’s comfortable. She just bounces smoothly over roots, instead of beating them to death with her bike (and her spine.) No worries, her suspension is set up perfectly for her (I checked with her mechanic, me.) Anyhoo, she called her bike “Tigger”, in reference to the Disney character of the same name. He sure loves to bounce.