Working For The Weekend 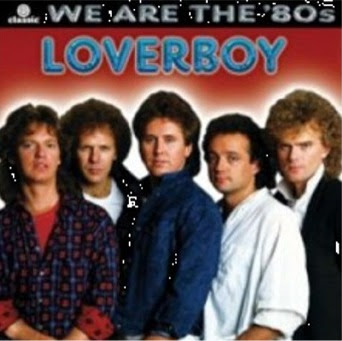 Well, not exactly. I wasn’t working for the weekend, like I normally would. Most of the time, I do my regualr job all week, and then turn it loose on the weekend. This one was a little different. Since I was on call, I faced the possibility of working on Saturday or Sunday. I couldn’t plan any kind of riding or other extracurricular activities because I could quite possibly end up working. Unlike Little Miss Sunshine, my on call requires me to log into my computer to repond to service tickets, and most of the time I can take care of them from the comfort of my own home. She has to arrive at the hospital in 30 minutes or less (like Dominos) to save people having heart attacks. Pretty exciting. In case I’ve never mentioned it, I take care of telephone systems for a rather large medical organization in the Charlotte area, and I share the on call duties with 6 other guys. So yeah, I am on call every 7th week. It’s not usually too bad, but it can put a damper on my cycling if it’s busy enough. This time of year, I can’t ride after work as much as I would like to. Daylight hours are shorter, so that means my only quality riding will be on the weekend. Being on call for the hospital phone system means that once in a while my weekends might not feature any riding, or anything but work for that matter.


I had originally planned to ride this weekend, but I didn’t know exactly when. Not only was I at the mercy of my telephone system, but I was also being held hostage by the weather. I arrived home from work Friday night, ready for our regularly-scheduled movie night. After the movie, I heard some rain outside. The forecast had stated that we may get some rain, so it wasn’t much of a surprise. After observing the rain, I realized that it just might be enough to keep me from riding anywhere on Saturday.
I awoke Saturday morning, and my prediction was correct. It had rained enough to prevent me from riding any of our local trails, at least in the morning. It didn’t matter anyway, since I got called into you guessed it, work. After dilly-dallying for a bit, I headed out to the wonderful city of Charlotte to adress my first issue. I then headed out to Huntersville to settle another service ticket I had. Whilst I was out doing my on call duty, Little Miss Sunshine took Lunchbox to the local skatepark, Soul Ride. I wished I could go, but I was stuck fixing telephone problems. I missed my skateboard a little I guess.

After finally finishing my work obligations, I had a few errands to run. I had to pick up a few odds and ends from some local stores, and then I could head back home. It didn’t take very long, and I finally made it to my domicile. Would I go ride my beloved Goose? No. I had promised Lunchbox that I would replace his fork this weekend. I know, I mentioned a fork issue before, but it was my own. Lunchbox has been having problems with his components as well. His RockShox Dart 3 had locked up, preventing him from enjoying a smooth ride. I had the damn thing rebuilt at a local shop (not my local shop mind you), and it never really worked right after that. I know, it’s not the best fork, but it should withstand the rigors of a 13-year-old traipsing through the trails. Anywho, I got a great deal on a RockShox Tora, so I told him I would swap it out.


I got home from work/errands, grabbed a beer, and got busy. It didn’t really take me long to swap out the fork on Clark, since I am such an awesome bicycle mechanic. I checked and double-checked everything, so Mr. Lunchbox will be happy. His new fork went on without a hitch, so I was ready to take it for a test spin. The standard driveway/street test was succesful, so I was satisfied that I did a great job. He would have to take it on a real ride of course, but he seemed happy to have some new, working suspension parts on Clark. 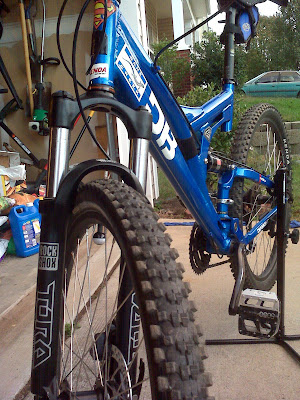 By the time I swapped out the malfunctioning front suspension, it was too late to ride anywhere. Besides, Lunchbox was busy skateboarding, so he would have to wait. I briefly though about joining him at the skatepark, but I instead wasted my time on the internets, which fits well with my post from Friday. I have been lazy. Yes, it’s true. Would I ever get back on the bike? Who knows, but there is still a day left in the weekend. Tune in tomorrow to find out what happens. I’ll tell you something good, I promise.