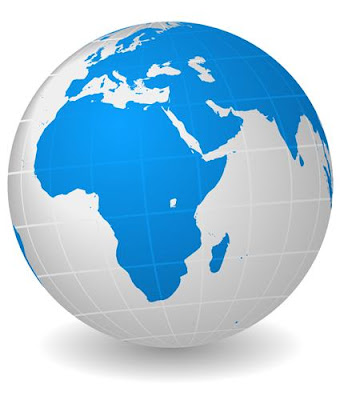 Since things are slow here at the B-43 Mega-establishment-conglomerate, I though I would switch it up a bit. Have you ever paid attention to my headline at the top of this page? It would lead one to believe that I am some sort of evil mastermind bent on taking over the world. Not true, at least in that sense. I’m hardly evil. While my aim is world domination, it’s not what you think. Sure, I am a super-awesome racer with mad skills (please, hold back your laughter), but that and a dollar might get me a ride on the local city bus. No, I’m talking about blog domination (in a worldly sense of course.) I started this blog to chronicle my action-sports adventures, and I wanted to watch it grow into an uncontrollable monster. So far so good. I really haven’t been spreading the word about the happenings at B-43, instead just relying on dumb luck to get it out there. Some people have stumbled across this mess from my Facebook account, but not as many as you would think. Others have just come here by complete accident. Believe it or not, they read it and decided to stick around. Thank you.


Don’t worry; I’m not that high on myself. If you’ve been around for a while, then you should know that. Sarcasm is hard to convey through a computer keyboard. If I was that serious about myself, then I would have named my bike Maverick instead of Goose. See, told ya.


How about we travel the world now? I want to take a moment to look at the places from which this site has received visitors. As I said before, I look at my stats every day. I love watching the map fill in every time I get a new visit from some unknown land. It bears mentioning again that I expect visitors from Florida and North Carolina, but even some of the cities in those two states are surprises to me. The visits that come from other countries intrigue me the most, however.


My first foreign visit came from Kaiserslautern, Germany, which I found out has some really choice mountain biking. How did they find me? I have no idea. It has spread from there to other German cities, and I hope to have it spread throughout Europe as well. It has begun, my friends.


Next up is Manchester, United Kingdom. We all know that football is big there, but so is mountain biking. Hell, even my naïve ass knew that one. There are plenty of places to ride there and I even found a cycling club there, the Manchester Wheelers Club. By the way, that site had 43 recent visitors when I checked it. Go figure. I hope my new friends across the pond will spread the word about this crap sandwich I call a blog.


If you’ve been following this junk a little while, then you no doubt know I have some visits from India. If you haven’t seen that particular post, then you should check it out. It has also since spread to other cities there, like some kind of disease I might add. Let’s hope that continues to happen, and maybe I can help their mountain biking scene flourish. You never know.


Canada was another surprise. Everyone thinks of mountain biking in Canada as just Whistler, but my Canadian visitors come from Don Mills, in Toronto, Ontario. Little Miss Sunshine is from Western New York (damn near Canada), so I thought she may have heard of it. No dice. Instead I had to rely on the Internets for some reliable information. Instead of taking a chance of committing plagiarism (and I’m too lazy to type it all), you can go to this link. It’s a happy little place.


Russia was the big one, Elizabeth. I have visitors from Moscow, and I am very pleased to welcome our friends from the former Soviet Union. Again, I had no idea there was any kind of mountain biking in Russia, but apparently I was mistaken. As a child growing up in the 80’s, we were most likely fed propaganda from our government. Russians were the enemy back then, or so we were told. Cross country mountain biking is an Olympic sport in Russia, and there are other disciplines there as well. See for yourself. Looky here.


That pretty much covers my foreign visitors, for now. There are new locations popping up every week. I hope one day to take some mountain bike excursions across the country, but now it looks as if I may have to venture outside the U.S. as well. One can only dream.


As for this weekend, it’s still a toss up. I’m definitely attending the Tarheel Trailblazers Kids Ride on Sunday, but I haven’t made any absolute plans for Saturday. Little Miss Sunshine is on call again, so she won’t be able to join us. Lunchbox mention a trip to the skatepark, and I may just go with him. Tune in Monday to find out. Have a great weekend, or don’t. Whatever.