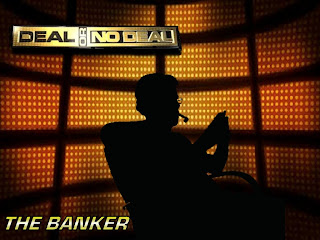 I thought for sure this past weekend would be full of mountain biking adventures aplenty. Unfortunately, that’s not the case. I had some mechanicin’ to do, but nothing really exciting. With the Charlotte Mountain Bike Summer Series starting in two days, I needed to make sure the fleet was ready. Several test rides on The Big O has left me satisfied that it will work perfectly for the short cross country races on our local trails here. I took a neighborhood test ride just be sure, and I didn’t need to make any adjustments. Lunchbox’s bike (Clark) however, was in need of a little work. He does a few of the races in the series, so I had to make sure his machine was ready to go.


Since I retired the Greatest Short Track Bike on Earth in favor of the Big O, I was left with a set of Kenda Small Block 8 tires. I guess he’s heard about how fast they roll on the trails around here, so he wanted in on the action. I removed his knobbier, Nevegal tires and replaced them: 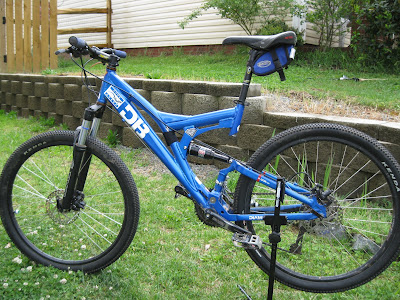 After a few other adjustments on the brakes, shifters, etc., he was ready to go. While he is no speed demon on the race course, he will surely appreciate his new tire setup. I guess we’ll find out this Wednesday at Colonel Francis Beatty Park, the first stop of the series. Me on the other hand, I guess I’m as ready as I can be. I was hoping to get out for a “race lap” over the weekend, but that never happened. Thank you, oh lovely weather.


Since it rained quite a bit on Saturday, there was no chance in hell that I would get to ride a trail. I ad to do something though, so Little Miss Sunshine suggested we take the road bikes out. She had originally planned to go ride with a friend of hers, but that person bailed on her. It looks like she was stuck riding with me. We had a good ride though (for a road ride anyway), and I felt pretty good. While we didn’t break any long distance records with that ride, it was good to get out. The imminent threat of rain kept us from doing a really long ride, but she seemed happy to be out on the new road machine.


Since there were no mountain biking adventures this weekend, I guess that leaves me with little else to talk about. I did get to a party for one of the children of the MadSS and it was cool to hang out over there. We got to talk bikes, racing, and homebrew. It was a great time. Thanks to the MadSS and the Mrs. for having us over. Also,I have some really cool shit to share with y’all tomorrow. I can give you a hint that it has to do with me getting some more love from some biking industry types, but you’ll have to wait until tomorrow for the full scoop. I’m pretty stoked about it, cause it’s so rad (yeah, I grew up in the 80’s.)


In the meantime, check out this video I found. Apparently, there are some B-43 impostors out there in the world of The Internets, and they think they have some skills. I'd like to say that this is a tribute video to us, but I doubt it. I have no idea who they are, but this shit made me laugh quite a bit. Enjoy.

This video is throughly freakin' me out, but the girl at the end of the keyboard turns me on.

So, that's what happened to Dexy's Midnight Runners; I always wondered....