A wise man once told me that it was better to (not) know people. I now understand what he meant with the latest round of bicycle love I received. My friend Jason at Cane Creek Cycling Components recently took a little trip to Pittsburgh, PA to visit the crew at Dirt Rag Magazine. I was hoping that he would score some schwag, like a few stickers or something. I really didn’t expect anything, especially since I already get goodies from the fine folks at Cane Creek. A few days later, I got a message from him that he got me something, and that our mutual friend AJ (my neighbor) would be hand-delivering it to me.


Yesterday, while I was out riding The Big O up and down the street, AJ pulled up like some pervert and told me he had something in the trunk for me. Although I was slightly suspicious, I followed him to his house. He didn’t have a trunk full of candy or puppies, but he did have some cool shit for me.

Where should I put this? 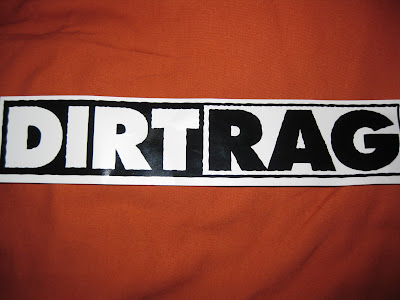 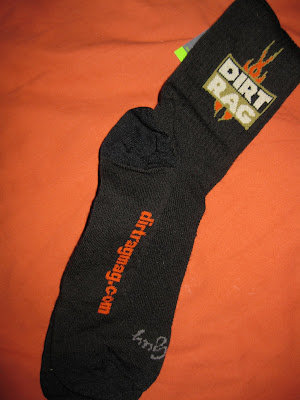 Cool socks for me, free advertising for them. What a great deal for us both.

The last thing he pulled out of the truck really surprised me. It was an official Dirt Rag 20th Anniversary Jersey. Wow. This was totally unexpected, and I was super excited. Check it: 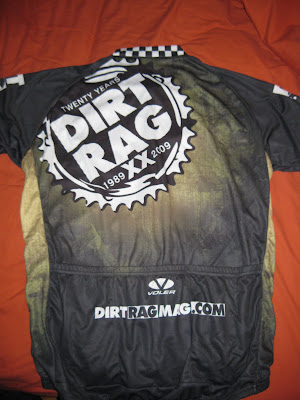 Now, here’s the coolest part. Although I was already happy to have such a fine work of art, there was a surprise on the front. It was autographed on the front by the entire staff at Dirt Rag. 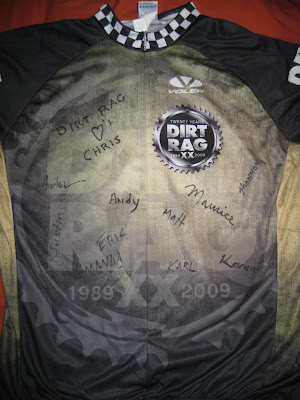 Where’s the love? Well, I’ll show ya. Check out the close up: 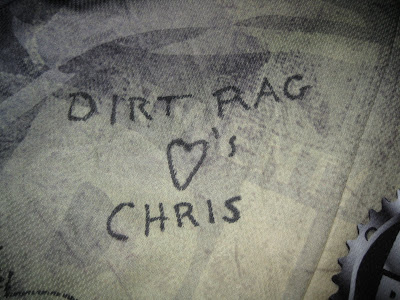 In case you were wondering, Chris is my government name.

With all the cool shit that flows into the B-43 Worldwide Headquarters, this is one of the coolest. I don’t even know the folks at Dirt Rag, even though I am a subscriber. Do they love all of their subscribers like this? Do they read this pathetic blog? I doubt it, but if they did they would probably want their jersey back. I wouldn’t blame them.

Anyway, big thanks to my pal Jason at Cane Creek Cycling Components for taking care of me yet again (this time with another company’s wares.) Also, huge thanks to Maurice and his crew for writing on a jersey for me. Since they all took the time to sign their names on it, there’s no way I could wear it during a race. Maybe I’ll wear it once and pose for a sexy photograph for them. I don’t think they have a “Sexy Yet Pathetic Mountain Bike Racer” section in their magazine though. It still might be worth a shot. So, what should I do with it? Little Miss Sunshine said I should ride in it once, take some photographs, and then hang it on the wall all stinky and nasty. That would make the B-43 shop smell real nice, huh?


Since the folks at Dirt Rag were so cool to me, I want y’all to be cool to them and head on over to their website and become a subscriber (if you’re not already.) If you are, then buy some stuff from them. Maybe they will love you too.
Posted by TheMutt at 6:33 AM

The DirtRag people are pretty cool. Can I have it?

Yes they are and no, you cannot.