So yeah, April Fool’s Day was yesterday and I didn’t post up any jokes. I guess I just wasn’t feeling that clever first thing in the morning. The real joke will be when I try to ride, er race for six hours tomorrow. The countdown is nearly over, as I will be in Wilkesboro bright and early for the 6 Hours of Warrior Creek. I’d like to tell you that I’m not nervous about doing my first six hour race, but that would just be a bunch of horse shit. 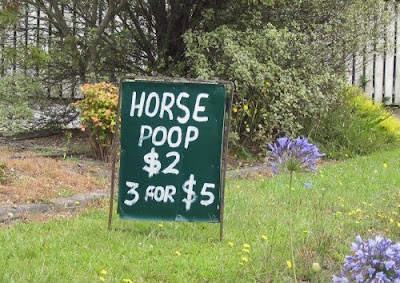 I talked to the MadSS da udda day, and he helped me calm down a little bit. He basically said to race “my own race”, and not to worry about what everyone else is doing out there. That’s a pretty good philosophy, I guess. I just plan on riding around the course at my own pace, not really worried about keeping up with the Joneses, whoever they are. I’ll attempt to only briefly stop in the pit area to swap out my water bottle and grab a bite to eat, and then I’ll head back out as quickly as possible. However, if I need to rest, I’ll do just that. Other than coming in dead last, I don’t particularly care about which place I come in. My personal goal is to complete a minimum of four laps on the thirteen mile course. That will be enough of a challenge for me.


One good thing about “racing” tomorrow is the fact that I will look Awesome when I do it. My new friends over at Backcountry Research hooked me up with an abundance of Awesome Straps, so I can even have a spare one ready to go in case I have to dig into the one I’m carrying during the race. Big thanks to them on that one. Don’t have one yet? Well, you should get one right now. Coincidentally, they are a sponsor of the 6 Hours of Warrior Creek. I’ll be like a rolling billboard for them, what with my double Awesome action and all.


So , I guess I’m looking forward to the big event tomorrow. I’ll be leaving the B-43 Worldwide Headquarters at 5:30 a.m., so that part kind of sucks. I hate getting up that early in the morning, but I pretty much have to so I can get a good spot (and I have to drive for like an hour and a half to get there.) I’ll be sharing a pit area with the MadSS and his Mrs., plus the Space Cowboy, and whoever else decides to cram into our little tent city. Good times, indeed. I’m taking a much needed R&R day for Monday, so most likely I won’t be here with the race report until Tuesday. I’ll be enjoying a nice, well-deserved massage. See y’all next week, if I survive the “race.”
Posted by TheMutt at 8:09 AM