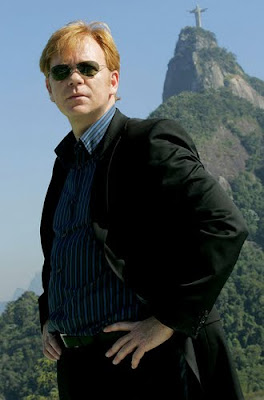 I used to say never a lot. I would never do this, never do that, etc. A few years ago, I said I would never wear one of those silly-looking cycling jerseys. Of course, once I tried one, I understood why the racer boyz wore that crap. Back on our usual trail in Florida, we actually used to laugh at those rather odd-looking characters in their spandex, with their super-seriousness and all. “Look at that guy,” one of us would say to the other. We were out there in our t-shirts, cargo shorts, and flat pedals in the hot Florida sun.


When I moved here to Charlotte a few years ago, I saw a lot more people in the “tights” crowd, and I quickly learned that most of them weren’t a bunch of serious, pompous-ass douchebags. They were pretty good guys (and gals) that knew the benefits of cycling-specific clothing. I eventually learned as well, and started wearing jerseys every time I rode. I even did it without being serious at all. Yeah, I try real hard at this stuff, but I’m all about having fun. Now I look back and say, “I shouldn’t have said the word never.”


The same thing happened when I saw people using clipless pedals. Sure, I understood the benefits of them, but I just couldn’t see being “stuck” to your bike. I saw many people having mishaps while being clipped in, and that discouraged from even considering the use of such pedals. I watched as nearly everyone I knew (including the Dirty Party Cycle and Mr. Shepherd) simply just fell over when they came to a screeching halt, and I wanted no part of that shit. I said never, no way. I’ll keep riding flat pedals until the end of time.


Well, it didn’t take long before I changed my tune again. Mr. Shepherd and I got into a discussion with a local bike shop employee a few years ago, and I listened carefully. I tried to keep an open mind, but I still had images in my head of the many crashes and fall-overs I‘d witnessed over the years. Besides, those fancy pedals and shoes cost big money, so I couldn’t see spending that kind of dough to injure myself (I got enough of that on the bike without being attached to it.) After that particular conversation, I read an article in one of the mountain bike magazines that was about trying clipless pedals for the first time. I eventually caved in, and I was successful. To this day, I’ve never had any kind of mishap because I was clipped in. I later learned that I was an exception to the rule, since everyone usually falls for no apparent reason. Again, the word never should not have been used. I’m now trying to convince Lunchbox to give them a try. He’s actually considering it.


Here’s another one for you. About four years ago, Little Miss Sunshine, Lunchbox, and I went to watch a triathlon. While I was an avid mountain biker at the time, I had no interest in being a triathlete. We went to watch our pals Mr. Shepherd and Señor Oeste compete in their first one. While I thoroughly enjoyed watching my friends swimming, biking, and running, I again said that I would never do such a thing. In fact, I thought they were a little crazy for trying. Somehow though, I got the idea in my head to try a tri (no pun intended) last year. I ended up doing two, even getting third place in my most recent one. It was such a great experience that I plan to do at least one every year from now on. Never doing that crazy shit? Sure.


Where the hell am I going with all of this? Well, since I just drank the Kool-Aid (thanks for the comment Space Cowboy) and jumped into the world of 29ers, I thought that this might be appropriate. I actually didn’t use the word “never” when I talked to others about trying big wheels though. I usually just pretended like I wasn’t interested. I eventually let my true feelings be known to Brian over at Middle Ring Cycles when he insisted that I take out one of their demo bikes. I told him that I was afraid that if I tried one, I would like it. To a retail business owner, that was music to his ears, but I wasn’t giving in. Even the regional rep from Niner Bikes who happened to be at the shop that day got in on the action. I still didn’t give in, but it was at that point that I started seriously considering building up my very own clown-wheeled bike.


As you can see from yesterday’s post, I did in fact get on the 29er bandwagon. So kids, the moral of the story today is, “Never say never.” Well, except that one time. By saying I would never do something, I kept a whole lot of opportunities from coming my way. Who know what’s next on the horizon. Maybe I’ll start shaving my legs so I can go faster. Yeah, right.
Posted by TheMutt at 8:11 AM

FYI- It is ALWAYS appropriate to NEVER say die!