Back To The Bike

Since yesterday was a total love fest for beer (nothing wrong with that by the way), I guess I could talk about the riding I did over the weekend. I mentioned that I decided to head up to Lake Norman State Park, and I’m glad I did. After packing up all the beer I obtained in a cooler, I was ready to ride. I got ready and headed out on the trail. I decided I would hit the new Laurel Loop first, since it would be a nice warm-up for the much faster sections in the park. 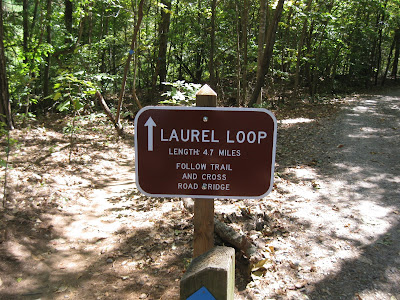 On the way to the trail entrance, I ran into (not literally) the Space Cowboy as he was finishing up. We realized that next time we should coordinate our efforts to ride and maybe one of us could save a little gas when we head this far out of town. After a brief chat, I headed out to ride, or so I thought. As soon as I hit the trail, I noticed that my rear tire was a little low (I had forgotten to check the air pressure.) Rather than waste one of my Genuine Innovations CO2 cartridges, I decided to head back to the truck to inflate my tire (since I wasn’t that far away from it yet.) As I headed back into the parking lot, the Space Cowboy spotted me and asked, “What did you break this time?” He obviously knows what kind of luck I’ve been having lately. After putting a little air in my tire, I was ready to go again.


When I hit the trail, I felt great. The weather was nice, my legs felt good, and the trail was in superb shape. It was the perfect ride. I took all the corners at full speed, and I had just the right amount of air pressure in my tires (which gave me maximum traction with minimal rolling resistance.) When I finished the Laurel Loop, I headed over to the other loops in the park with the same great results. I managed to finish the ride with no mechanical issues. I quickly headed home to enjoy the mass quantities of beer I had acquired.


Sunday was a little more of the same. I managed to talk Lunchbox into coming along with me for a ride at Sherman Branch. We got to the trail and he was ready to go. 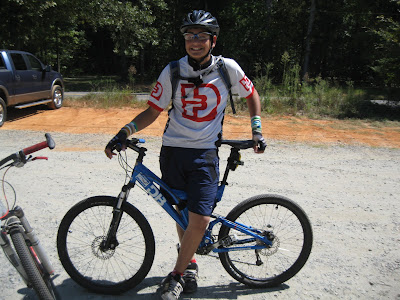 I really gotta get that kid on a 29er.

We met up with our pal Keith and his daughter Madi. They are usual participants of our local Kids Rides, but this was just a fun ride without any other youngins or adults. We rode at a nice, easy pace, and enjoyed yet another beautiful day. The picture taking was at a minimum, but Lunchbox still managed to capture me riding on the big ol’ log skinny: 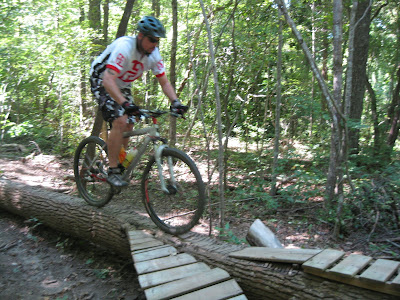 I returned the favor a little while later after I raced up ahead to get a photo of him riding the trail: 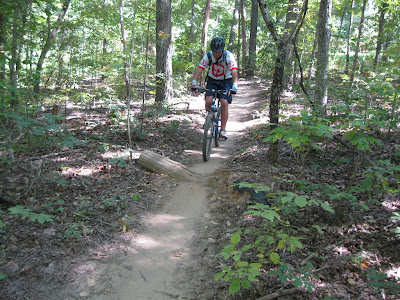 A little ways back, I spotted Keith and Madi riding down the trail: 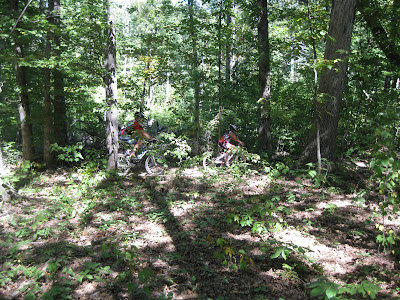 And we waited so I could get a better shot of them: 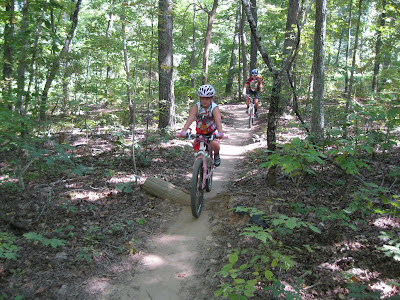 I gotta say it was a good weekend. I didn’t do a ton of miles, but it was great to spend pretty much the whole weekend on the bike. I should be busting out a bunch of miles in preparation for the Tree Shaker 12 Hour Mountain Bike Race in a couple of weeks, but I was just riding for fun. Besides, the Tree Shaker will be more fun (and painful) if I don’t actually “train.” I still haven’t figured out whether I’m doing the 6 or the 12 hour, but either way it won’t be easy. This mountain biking stuff is supposed to be difficult anyway.
Posted by TheMutt at 8:09 AM