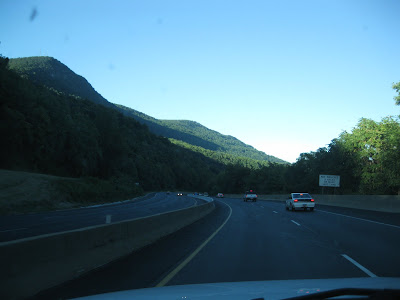 When I left off Friday, I mentioned that I had something pretty important to do over the weekend. It wasn’t something that will change the world or anything, but it’s a little important in the world of bicycling. It all started on my way home from work on Friday, with a little trip to a furniture place: 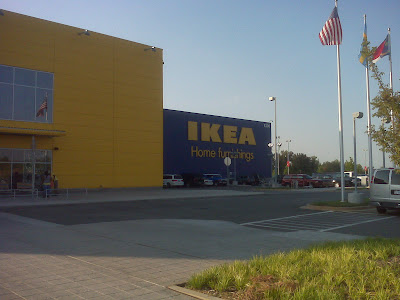 IKEA, really? Yeah, I had to partake in a little shopping, which is not one of my favorite things to do (unless it’s for bike parts of course.) I generally don’t do well around crowds, so this was the toughest part of my “mission.” I looked around this giant warehouse of furniture with my list in hand, and I was lost in a matter of seconds. 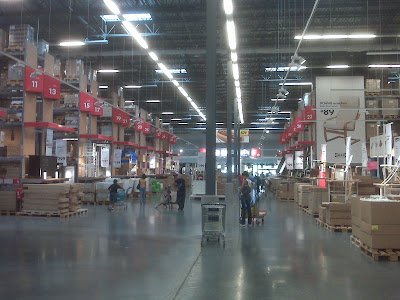 Places like this drive me crazy, so I try to avoid them if at all possible. The store employees weren’t much help I might add, but maybe I wasn’t the friendliest person they had even spoken with either. I was on a mission in an unfamiliar place, so I wasn’t in the best of moods. I had to do it though, and eventually I found what I needed: 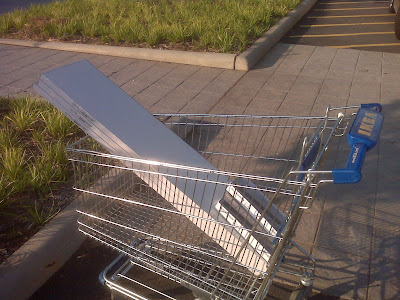 Yup, that’s it. I bought a couple of shelves and brackets. Why, you ask? Well, my good friends over at Cane Creek Cycling Components needed these for a display at an upcoming bicycle trade show. Since they are located in Fletcher, NC and I live near the closest IKEA to them, I was asked if I could do them a favor. Of course I didn’t mind, since they do so much for me. The plan was to drop off the shelves on Saturday afternoon, but I had something to do first. I wasn’t just playing delivery boy for the day.


With the drop-off point so close to some awesome trails in Western NC, Lunchbox and I decided that we would hit up DuPont State Forest first thing in the morning. It was a brilliant plan (if I do say so myself), since we would get to ride at our new favorite place. We arrived in the parking lot and got ready to ride: 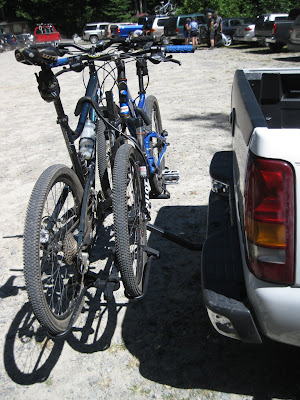 We happened to bump into some local riders at the trailhead, which was quite a nice surprise. Local Tarheel Trailblazers Flyin’ Elvis and his wife were there, along with a couple that owns the Bent Creek Lodge in nearby Asheville. We joined them for a ride, although this time it would be a little different from our “usual” route. We hit the trail, and I was immediately reminded why I love riding there. After a little climbing and some super-fun downhill action, we arrived at a creek crossing. This time though, there were rocks for us to step on (instead of getting our feet wet.) 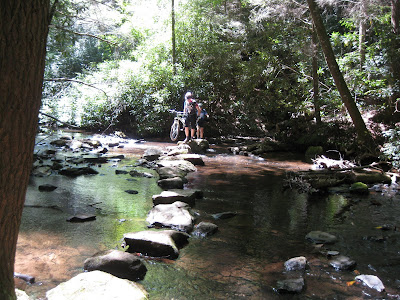 After that, there was more climbing. When we finally reached the top, we had the pleasure of riding down a long, fast section of sweet singletrack. I made it down before Lunchbox, so I had a chance to capture him coming down the trail at full speed: 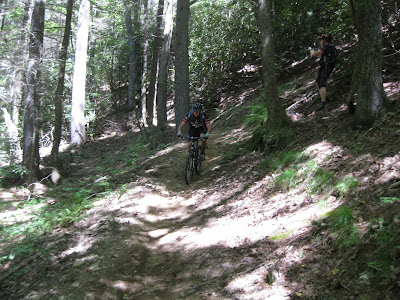 More trail, and more fun. This was a totally different route so far, so I got to see some new stuff out there. We came to a clearing at a lake, and you could see some beautiful mountains in the background: 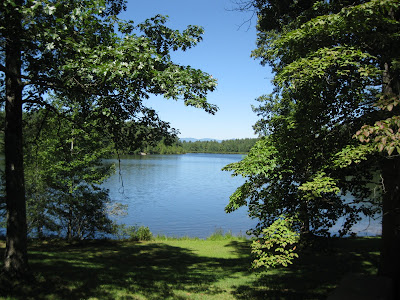 Guess what happened next? More climbing (well, after a short downhill section.) We climbed a long gravel fire road, which would get us to the top of the forest. When I got there, I saw a house that looked a little out of place (I didn’t know people lived there.) They had a scarecrow out front, which kept me from sampling some of the crops they had growing in the little garden there: 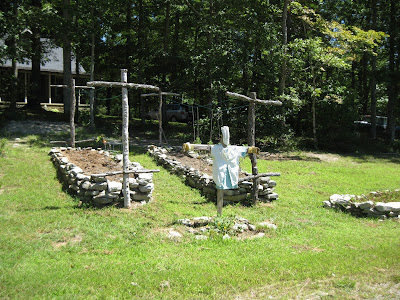 We were at the top, on what was called the “Airstrip.” Just as the name would imply, it was an old runway on the top of the mountain, but I hear that it’s not in use anymore. The climb was tough, but when we got there the view was worth it: 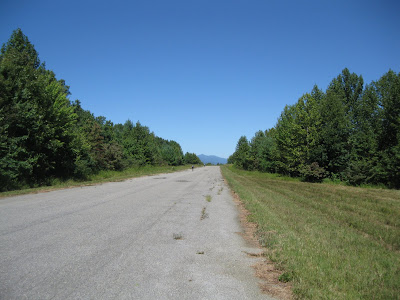 After stopping for a bit to enjoy the view, we hopped on the actual Airstrip Trail. It was a long, fast, crazy downhill, and it was the most fun I’ve had on a bike in a long time. I looked down at my bike computer at one point, and saw that I was reaching speeds of over 25 miles per hour. Wow, what a rush. When we got to the bottom, we ran into a group of folks that were taking a break before they climbed up the very same trail we just descended: 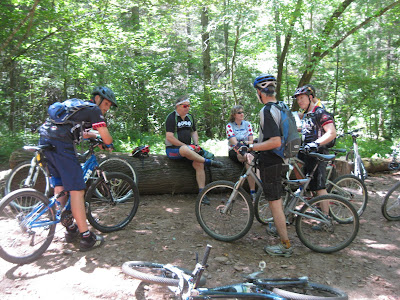 In the photo above you have some people from our riding group, but the guy in the IMBA jersey was an out-of-towner. He’s Tom, the director of SORBA. I had met him a while back in Charlotte, and our riding buddy Flyin’ Elvis apparently knows him well. We chatted for a bit, and then we went our separate ways. I felt sorry for them for having to climb up such a steep trail (that was probably way more fun going downhill.)


Since my trips to DuPont in the past have always involved seeing some waterfalls, I was hoping that we would get to see some this time too. My wish was granted when we took another trail back to one of my favorites, Bridal Veil Falls. Lunchbox was kind enough to pose for the obligatory “waterfall photo.” 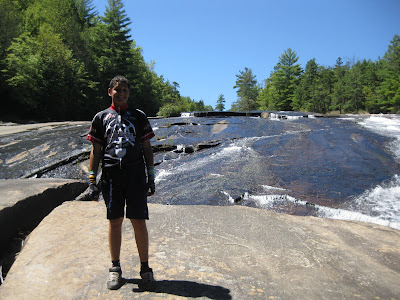 We eventually made our way back to the trailhead, and we all parted ways. I had to complete my furniture delivering mission, so we met up with a representative of Cane Creek (name withheld to protect the innocent.) We made the drop at one of my favorite post-mountain-ride hangouts: 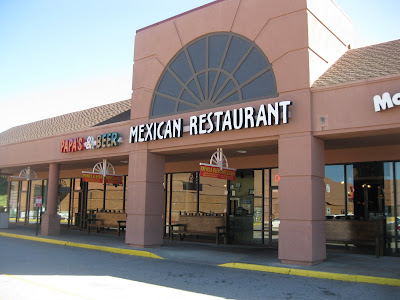 After my uh, “mission” was complete, we enjoyed some tasty Mexican cuisine (and of course I had a frosty beverage.) 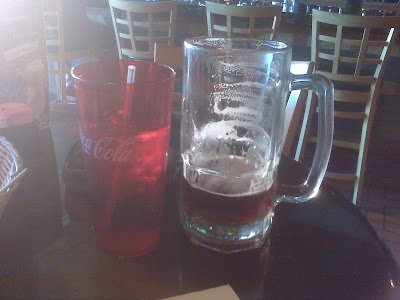 Mission complete.
Posted by TheMutt at 8:09 AM