Return Of The Big One


Since my primary race bike/big-wheeled monster The Big O has been out of commission for a while, it was time to get it going again. I’ve been waiting for what seemed like forever, but when I got home a package had been delivered: 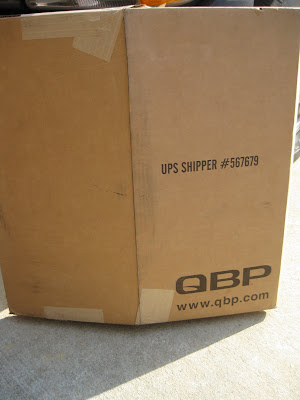 Was it a mail-order kid from some third world country that I could use as the new B-43 mechanic? Was it the new wheel I ordered? I busted open the mystery box and pulled out the contents: 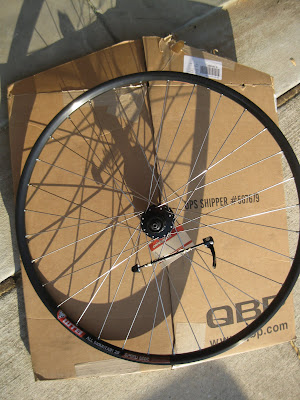 Yay, a shiny, new wheel, complete with a working freehub. Befoe I could get started though, I had to grab some liquid refreshment. The beer of choice for today’s mechanic action? Hoptober from New Belgium Brewing Company. 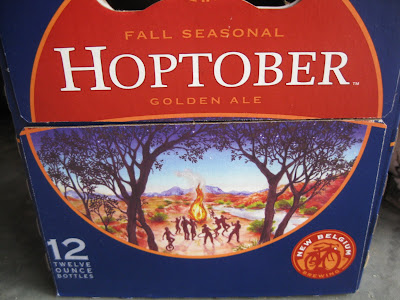 Now it was time to get down to business. I removed the old wheel from The Big O, removed the tire (carefully saving the remaining Stan’s fluid), and pulled out my homemade tubeless valve stem. Now I just had to prepare the new wheel for some tubeless action: 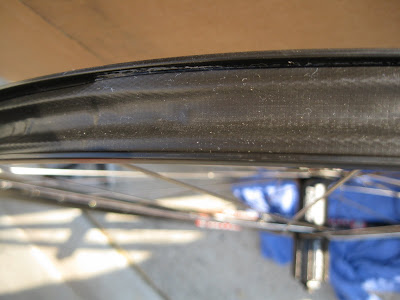 Yeah, I’m still going “Ghetto Tubeless.” It has worked very well for me, especially since a flat tire was not one of my many mechanical issues as of late. I prepared for the rest of the “normal” tubeless setup procedure. Soapy water and brush? Check. 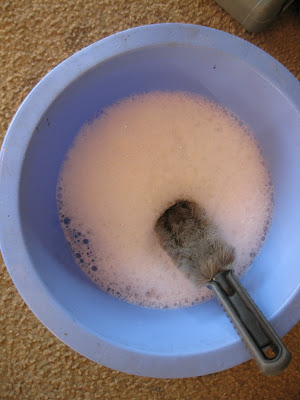 Everything went according to my (lack of) plan, and the tire mounted up just fine. In fact, since it was the same tire that I previously set up tubeless, the leak factor was minimal. I broke the seal, added an extra scoop of Stan’s goo just for good measure, and re-inflated the tire. Success. After letting the sealant penetrate the bead area of the tire, I was ready to install the cassette, brake rotor, and mount the wheel on the bike. The whole procedure was much quicker this time, probably because I am the master of tubeless tire installation. 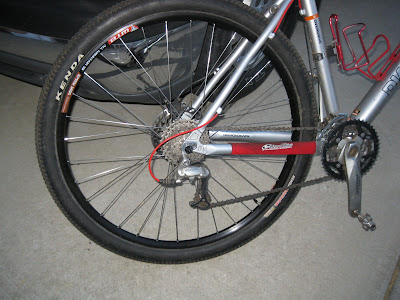 I took it for a test ride around the neighborhood, and everything seemed good to go. No leaks at all, which is a good thing. Would it last for an entire ride this time? I haven’t completed a full trail on this bike in a long time, so I was a little worried. What better way to know for sure than to enter a race, right? Last night was the season finale of the Summer Series, held at the U.S. National Whitewater Center, so I signed right up.


This was supposed to be a “fun race”, since I’m not really in any kind of racing shape at all at this point. With all of the bad luck I’ve been having with my bicycles, it would be a good test of my mechanicin’ skills anyway. I’m not in any kind of contention for points or a final podium spot, so I had nothing to lose (except for parts off of my bike.) I had one minor issue, which actually made it a little difficult to finish. The important thing is, I finished. I haven’t finished a race in a while, so this was a pretty big accomplishment. It looks like my season might be back on track, just as it is about to start winding down.


Speaking of winding down, that’s exactly what we did after the race. Since it was the Summer Series Finale, we hung out at the bar at got our drink on: 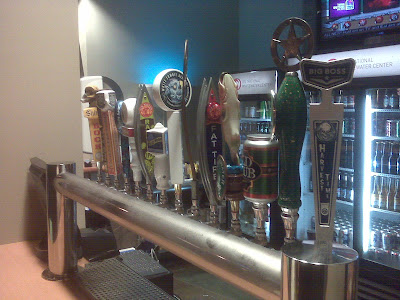 We even got to do a little socializing, since the gang was all there. Here we have Lunchbox and the Space Cowboy chatting it up with Little Miss Sunshine: 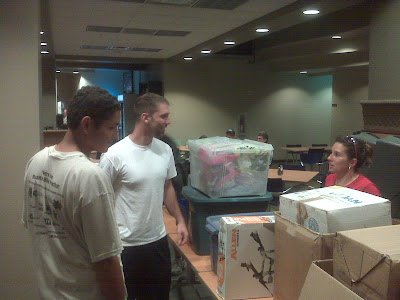 I can’t believe it’s over. Don’t worry though. There will be plenty of other shit to talk about. The adventures are just beginning, as long as my mechanical issues are resolved.
Posted by TheMutt at 8:25 AM