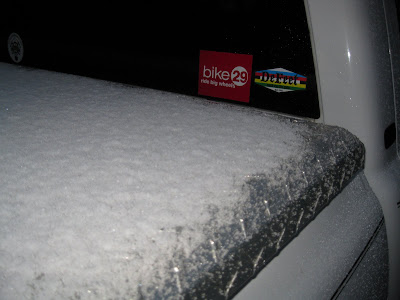 As you can see, this morning we were greeted by a little bit of snow. Not much, but probably enough to affect my riding again. I did finally get a chance to ride during the week though. This time of year, the weather is usually so bad that the trails remain closed. By the time I find out that one has opened, it’s always too late. Just yesterday, Lake Norman State Park opened up, along with the U.S. National Whitewater Center. I neglected to bring a bike to work with me, and there’s not enough time to go home and grab one for a ride. So, what the hell am I supposed to do? 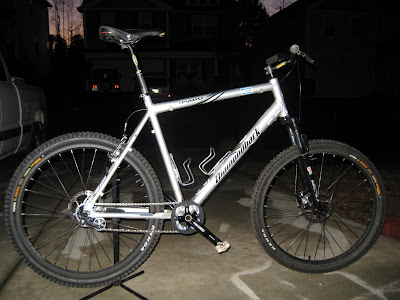 Cue the new singlespeed creation. Other than riding it up and down my street a few times, it really hasn’t seen any action. My one ride a week is reserved for The Big O, because I won’t dare race anything other than a 29er. Since I have limited time and limited trail riding opportunities, I decided to take my new one-gear bike out for a night on the town. A little urban mountain biking, if you will.


I headed out to the Mallard Creek Greenway, which is only a short ride from my house. Sure, it’s paved (with a short gravel section), but there are some fun things to ride along the way. Plus, I can get around 15-20 miles of riding without having to drive anyway first. It sure beats not riding at all, or worse…the road bike.


It’s always a peaceful ride out there, especially when it’s cold outside. The masses tend to stay indoors, which gives me plenty of solitude while I pedal through the mostly wooded uh, trail. There are a few underpasses, which get me across Interstate 85 and U.S. Highway 29. Like I said, it’s better than nothing. Here’s the first underpass, which takes you under the Interstate: 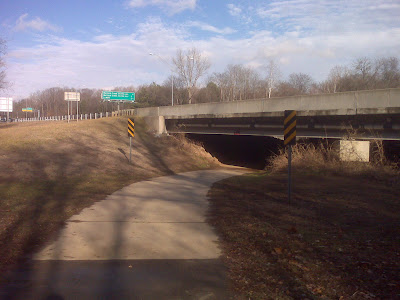 It’s really cool to ride under all that traffic. It the busiest area on the whole greenway, but I don’t mind it. Most of it is natural, so having a slight bit of traffic noise that I don’t have to fight to get across suits me just fine. The next crossing goes under U.S. Highway 29: 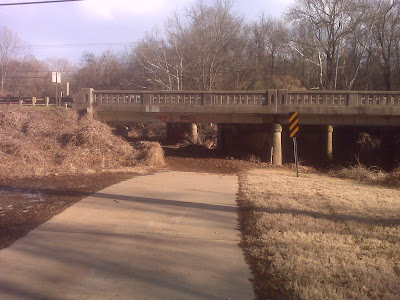 Almost immediately after going under the highway, the greenway splits. The normal path takes you to a soccer field, which has a cool little boardwalk at the end. I usually ride out there and sit for a few minutes, catching a glimpse of the many deer frolicking through the marsh. It’s a nice turn around point. If you take the split, you have to cross a bridge: 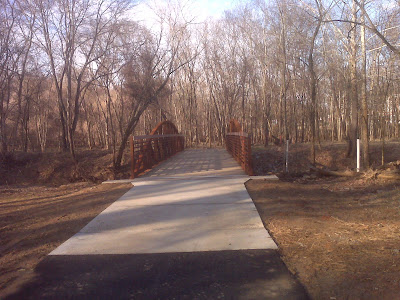 This is the “new” section, which opened up not too long ago. This takes you across a creek, which is conveniently named Mallard Creek: 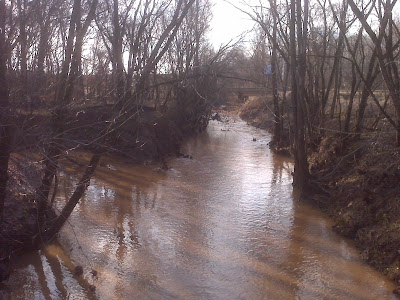 This path takes you through the campus of the University of North Carolina at Charlotte. It’s also a nice ride, and there are plenty of fun mountain bike type things to ride along the way. There is also another underpass, this time bypassing one of the roads on campus: 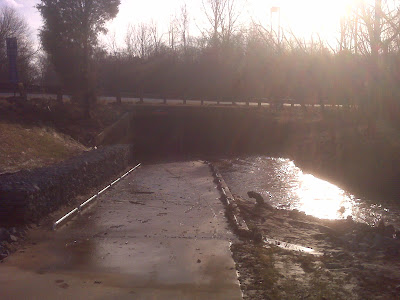 I didn’t really have a destination, so I decided to ride until the end. After that last underpass, I looked to my left and saw a small herd of dear. With my attention far from the path in front of me, I nearly got trampled by their leader, a big ass buck with nice pointy antlers. I almost hit him, and I think I might have peed a little. While they all crowded around to laugh at me, I got some photos: 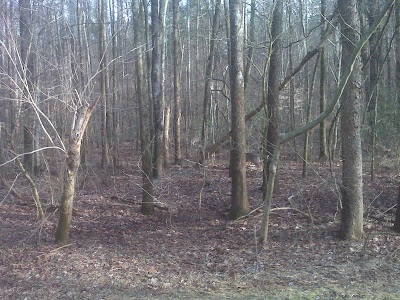 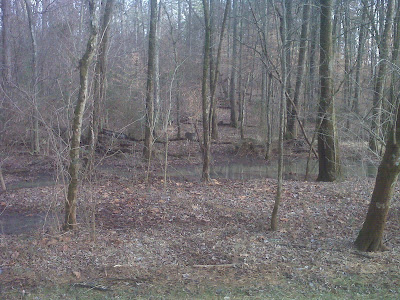 You’ll have to look carefully, since I took these with my shitty camera phone.


Anyway, I finally reached the end. The trail comes out at a local shopping plaza, which is the home of one of our local shops, Bike Line. I didn’t really need anything from a bike shop, but I decided to walk in and look around anyway. I walked out with some bike wash stuff, which I threw in my backpack for the ride home. This time though, I was on the lookout for renegade herds of deer (or a band of coyotes, murder of crows, a troop on monkeys, etc.)


Of course, I’ll be back tomorrow. This time with info on a side hobby of mine, which doesn’t involve bikes, beer, or Star Wars. Well, maybe I’ll mention that stuff too.
Posted by TheMutt at 8:23 AM

I take that way throught the campus on my lunch runs, if your lucky you get to see a herd of freshman women out there.