Tickle Your Ass With A Feather 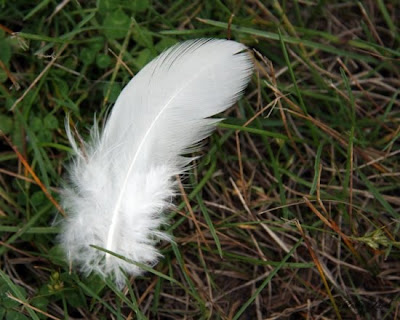 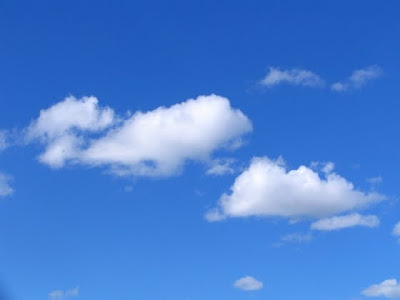 After a long bout of shitty weather, it’s been really nice around here. The trails have dried out for the most part, and as far as I know they are all open (locally anyway.) On Saturday, Lunchbox and I took advantage of a gorgeous spring-like day and busted out our bikes for some fun at Sherman Branch. Since it was the day before the series finale of the Winter Series, we decided for a nice relaxing ride. Lunchbox was way ahead of me on the relaxing part. 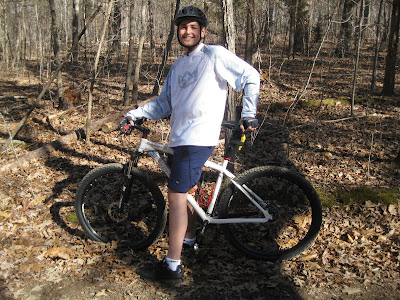 Since this would be his first real ride on his new 29er (nicknamed Assassin from now on according to him), we wanted to take it somewhere that he could test it’s maneuverability. Sherman Branch is perfect for that, with the tight twisty turns and flowing singletrack. He was happy to finally get a decent ride in, and I was happy to document it. 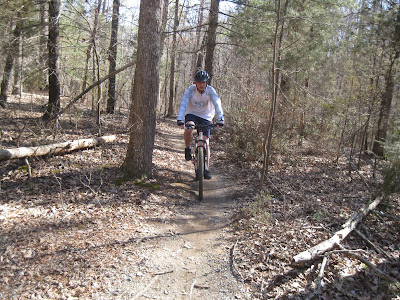 This wasn’t an epic ride by any means, but it was fun to get out. I didn’t have much energy anyway, since being on call for my job had me up all night working just before we headed out. A ride was just what we needed. I had a good time too, as you can probably tell from my fake smile. 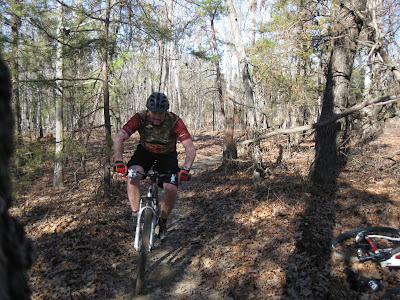 We had a great ride. I actually brought my GoPro HD HERO camera along, and played around with the angle of the chest strap mount. It didn’t do any good though, because the video still came out shitty. I thought I had it mounted up high enough, but I guess that since I am so hunched over on my bike I’ll never get it right. Time to use the helmet mount I guess. The footage was just like the last stuff I took (pretty much looking at my handlebars the whole time), so I probably won’t even bother to edit it. Well, maybe I will if I run out of shit to talk about on here.


It was good to get out and enjoy the weather though, even if I don’t have any video to show for it. I did take this really Awesome photo though, on one of our rest stops. 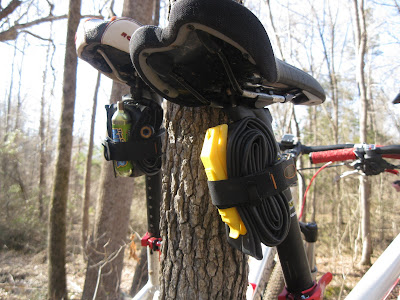 Have you ordered one of the new Awesome Straps yet? What the hell are you waiting for? I’ve already told you several times, so get with it.


In other news, I finally got to install an accessory I received a while back. Since I like beer and bikes so much, why not have the capability to enjoy both at the same time? George from Bike29 was kind enough to send me one of these: 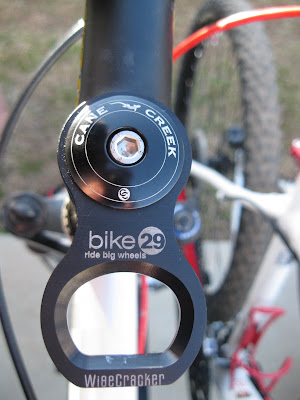 Yes, now I can store beer in my bottle cages. When I want to grab a cold one while I ride I’ll be ready. Pretty snazzy, huh? You should run right over and pick one up for yourself too. Get it here. I’ll be back tomorrow and hopefully I can pull some more magical blogging material right outta my ass.
Posted by TheMutt at 8:18 AM