It Was Too Nice Not To 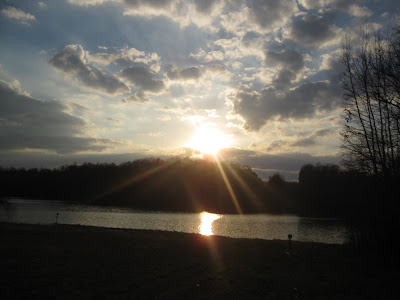 The weather has been so freakin’ nice around here lately. I had to get outside, but not because of the weather. Since I am supposed to be “training” now, the plan was to ride for three days in a row. It all started Friday after work, when I met Little Miss Sunshine at the U.S. National Whitewater Center for some mountain bike action. After a long week at work, it would be a much needed ride. In fact, it was kinda like therapy. Speaking of therapy, this guy could probably use some: 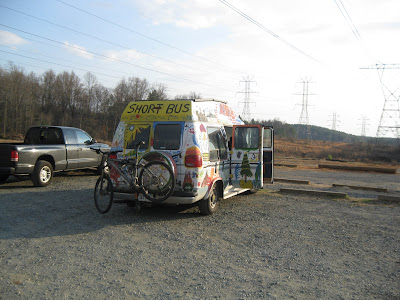 Wow. I mean shit, wow. What the hell else can I say?


We hit the trail, ready to ride the week’s stress away. Little Miss Sunshine tried to avoid getting shocked under the giant power lines on her way to the trail entrance: 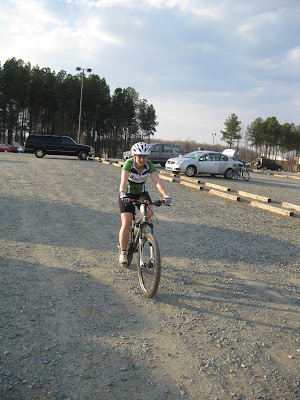 There’s not a whole lot to report here as far as the ride goes. It wasn’t anything out of the ordinary, but it did make up for all the work-related woes that one suffers from. How about a few more photos: 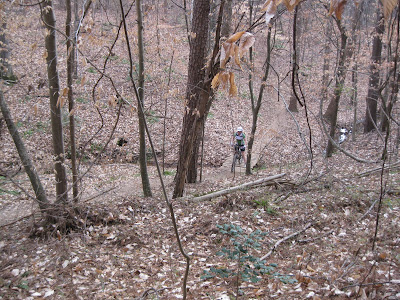 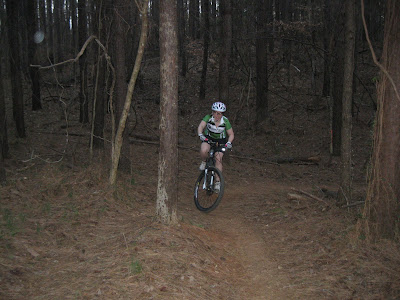 Did I mention that the weather was perfect? 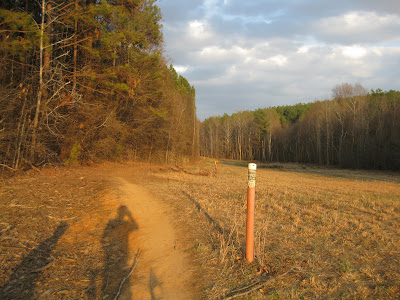 Yes I was there. You can see my shadow in the photo above, right? I feel kinda weird asking people to take my picture just for this blog. Besides, you see enough of me around here anyway.


In other news, I broke something else: 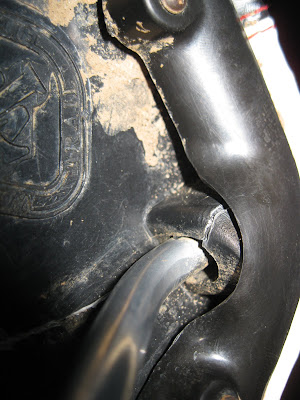 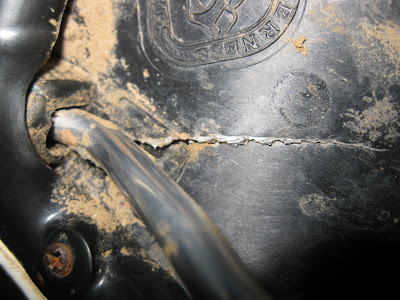 That is my WTB Rocket V Seat. Back during the Winter Series finale, I noticed something strange while I was riding. I finally got a chance to conduct a further investigate, and discovered that I had broken the plastic parts of my seat. I guess all that extra blubber I put on over the weekend finally had an effect on my equipment.

Since I didn’t really like that seat anyway, it wasn’t a big deal. Even though I am a Clydesdale, I still have a narrow ass. That little seat wasn’t good for it, so I had been looking for a new one anyway. I ended up going back to something I'd used in the past. 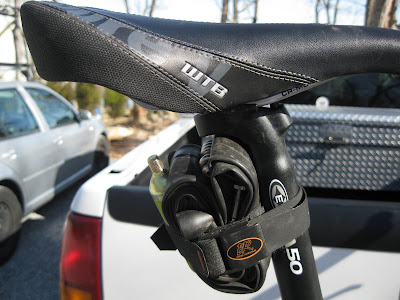 The WTB Pure V. Not the fanciest seat in the world by any means. It’s a little wider, and a helluva lot more comfortable. It might weigh a little more than what I had, but I don’t really care about that. It doesn’t hurt my ass when I ride, so it is the winner. Big thanks to the folks at REI here in Charlotte for their help in obtaining a new seat for The Big O. My ass thanks you, and so do I.
Posted by TheMutt at 8:12 AM

This ass thanks you to.


Have fun in DC this weekend.