24 Hours Of Fun And Suffering

This is not my race report, but since I was there I figured what the hell. Little Miss Sunshine and her team of Dirt Diva were all doing their first 24 hour race. It was a big deal, since none of them have ever done anything close to that. With a difficult course, tons of people on the course, and nerves getting in the way, it would be a challenge for everyone involved. I was happy to be there for support, and to watch these ladies give it their all. 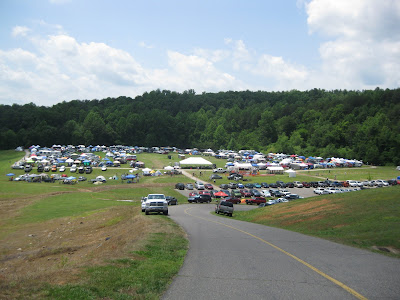 Lunchbox and I arrived at Tent City around 11:00 a.m., just in time to see everyone getting ready for the 12:00 p.m. start. It would be a Le mans-type start, with the riders running a lap around the campsite before they hopped on their bikes. I found a few of our locals there, including last year’s winner Eric Hagerty: 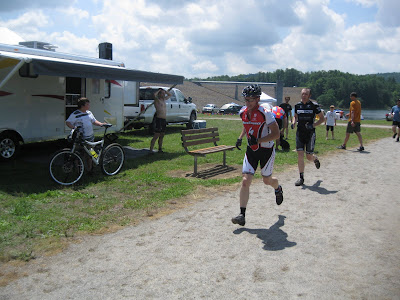 The Space Cowboy was there, doing his first-ever 24 Hour Solo race: 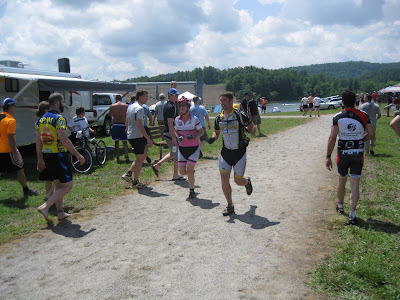 The MadSS was present and accounted for, enjoying the short run before he tortured himself with his one-geared bike on the mountain: 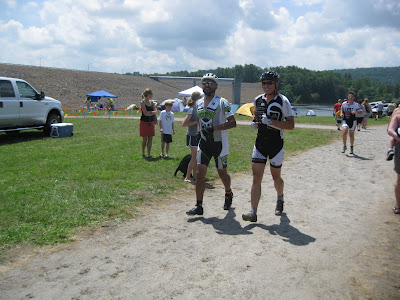 I even caught a glimpse of the elusive Bike Shop Girl as she got ready to head out on the course. 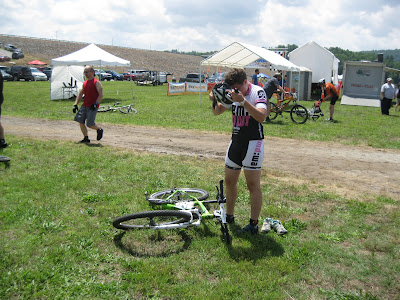 As the first group took off, we headed back to camp. The Dirt Divas pit area was full of activity, since there were two five person teams in the mix. Little Miss Sunshine was set to go out last, so she chatted it up with the rest of the women. Lunchbox was standing by too: 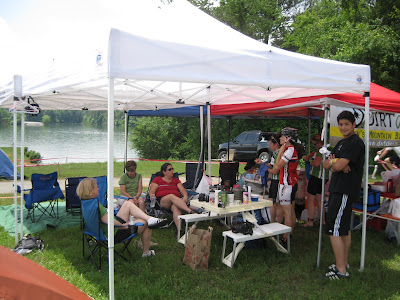 After what seemed like only a few minutes, Eric came in for a pit stop. 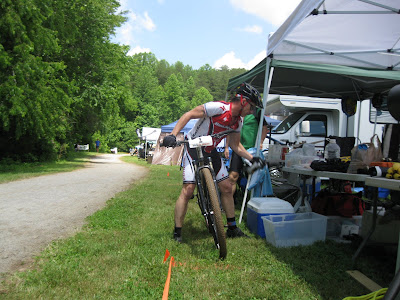 It had rained quite a bit in the days leading up to the race, so I heard that the trail was a little sloppy. Most of the riders didn’t look too bad though, so I figured it would dry up fairly quickly. Despite the slightly sloppy conditions, Dirt Diva Patty Smith (from the other team) came flying by the pit area. She completed her first lap at a quick pace. 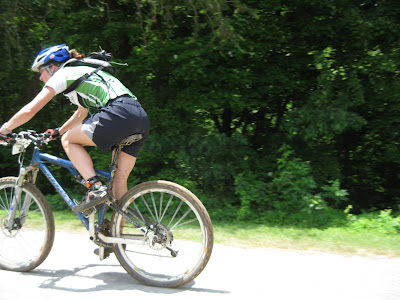 The MadSS was all smiles after completing one lap, even though he got beat by a small child that wasn’t even racing: 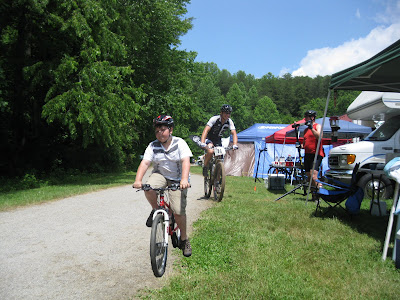 So yeah, things were going okay for the most part. One of the women on the 2nd Diva team had a little mishap on her lap, so it took a while longer than expected. After finding out that she would be okay though, all the women were relieved. One by one, they took their turn out on the course. No one was setting any super-fast record lap times, but they all went out there and gave it what they had. That’s all you can ask for, if you ask me. Wait, what are we asking?


Anyway, Little Miss Sunshine got her chance to get out on the course. She was ready, but after sitting in the sun all day waiting for her turn I was a little worried. I had my bike with me to get around the pit area, so I decided to follow her as she took off from the start/finish line. 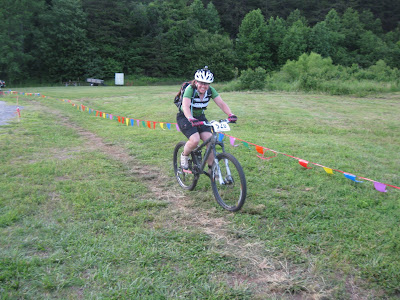 She was full of energy, and I didn’t realize how fast she was going. I wasn’t really dressed for riding, so trying to pedal a bike with eggbeaters and flip-flops proved to be difficult. She dropped me, which was a good thing since she was racing and I was not. 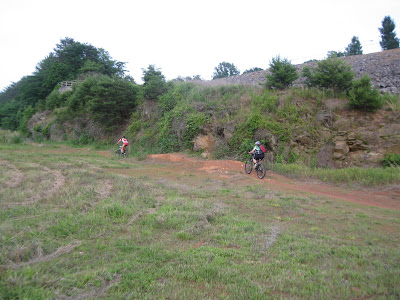 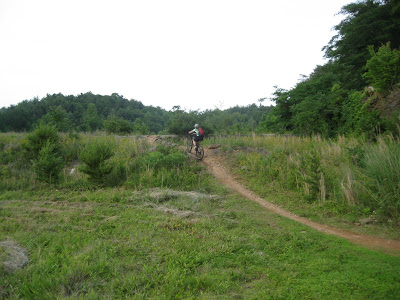 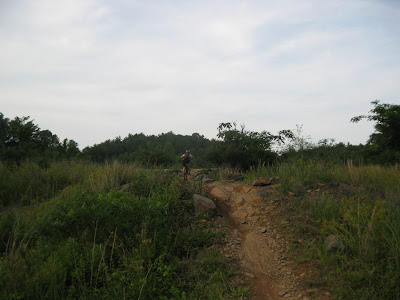 We would have to wait for her return. I’ll pick up where I left off tomorrow.
Posted by TheMutt at 8:58 AM