Sunday I had the pleasure of attending the XTERRA Whitewater. This time though, I wasn’t a participant. My knees have been in such piss-poor shape this year that I haven’t been able to run, but not so bad as to keep me off the bike. Since I couldn’t enter the event, I decided to head out there and help out my good pal Marcus Barton with volunteer duties. He is the mastermind behind this great event, and I was happy to help.


I got to the U.S. National Whitewater Center bright and early, and got right to work. Once the race began, there wasn’t a whole lot for me to do right away so I watched the swimmers do their thing. 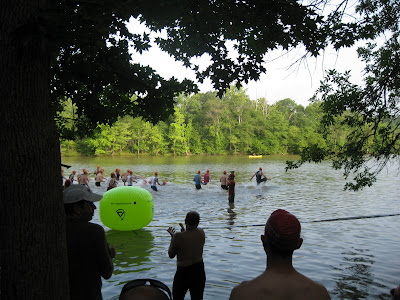 While they were out in the water, Marcus posed for a photo: 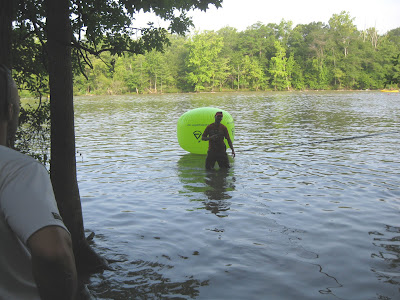 After all of the swimmers got out the water, I headed over to one of the water stations to see if there was actually someone there to you know, hand out water. After riding for a few miles and climbing up our infamous Goat Hill, I got to the tent that had been setup. The only person there was my friend John, and he went up there for the same reason as I did. A few of us ended up hanging around there to help the racers as they passed by. One of the notable competitors was my pal Peter. He was happy to see us. 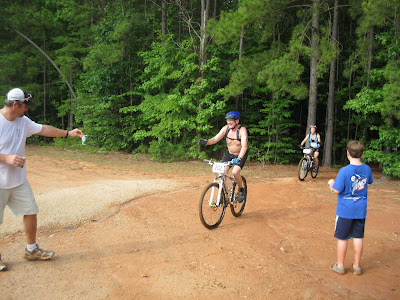 During a small break in the action, I snapped a photo of our merry group of volunteers: 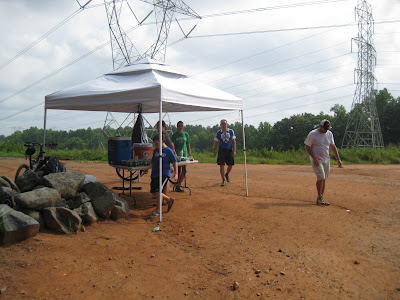 We saw quite a few familiar faces. Here’s Dave, who rides for our local shop, The Cycle Path: 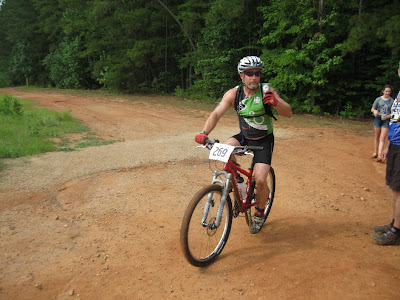 And “faster than most men I know” Layla, who showed us just how much fun riding bikes can be: 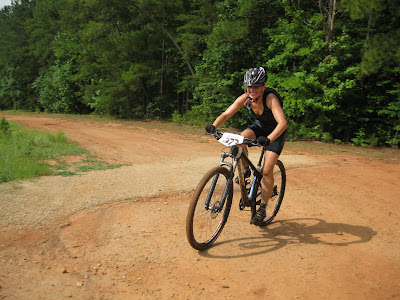 I never realized how hard just passing out water could be. I’ve done several races (including this one last year), and I am always thankful for the volunteers that sacrificed their time and effort to help. We stayed really busy, and it was difficult to keep up with the racers sometimes. They were all very happy though, and that pretty much made my day. After two laps on the bike though, our job was done at that particular place. Now we turned our attention to the open field to catch a glimpse of the runners. 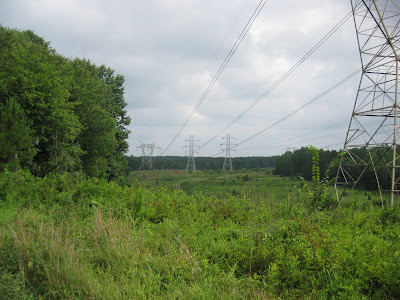 Kinda hard to see, but we did spot a few. After tearing down everything, we got word that the last rider had passed by. We followed him out on the bike, shouting encouragement along the way. He was having a tough time out there, and I hope we helped him get through it. We rode with him all the way to the finish line, and our job was done.


I grabbed a quick bite to eat and some beer, and it was back to work though. When the race was over we spent a little time tearing down everything, and I was beat. I was so tired that I wanted to take a nap in my truck, but I forced myself to drive home. I actually felt like I had entered the race, as opposed to volunteering at it. Nevertheless, I was happy to be there, and maybe I’ll be able to enter it next year. Big thanks to Marcus for letting me hang out and help.
Posted by TheMutt at 8:13 AM