Well, I was but now I’m back. Little Miss Sunshine and I just returned from a trip to the Outer Banks of North Carolina, and I feel so relaxed. In fact, I’m so relaxed that I need another vacation just to recover from this one. Meh. I’m back to work now, which means back to normal around here. Hopefully it also means that I’ll be getting back on the mountain bike soon, but right now I’m pretty worn out from my fun in the sun.


I didn’t just hang out on the beach though. Since the little lady has a thing for lighthouses, we started our trip with about a four hour drive to Caswell Beach to see the Oak Island Lighthouse. I kind of dig lighthouses too, since I am somewhat of a history buff and these things are pretty old. Here is the Oak Island light. 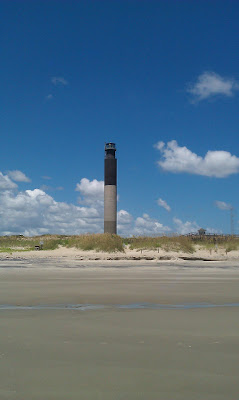 And a view from the inside: 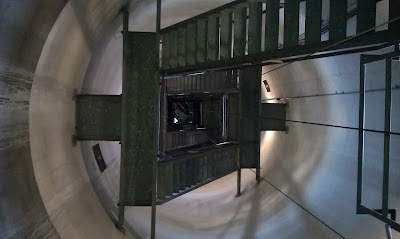 Oh yeah, we did hang out on the beach too. 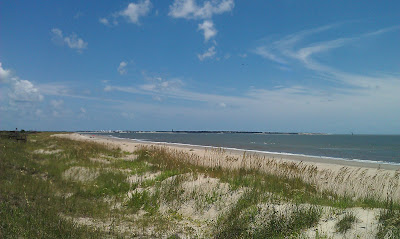 Way off in the background, you can see the Bald Head light. The only way to get there is by passenger ferry, so we drove up to the port and hopped on. Since it is on an island, we brought along a couple of bike to ride around. 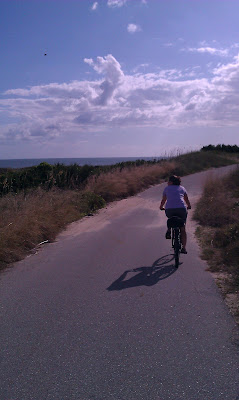 The lighthouse is pretty short (and old), but it was pretty cool. 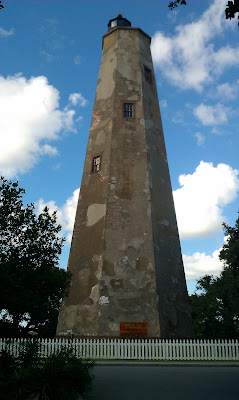 We did get to climb it though. 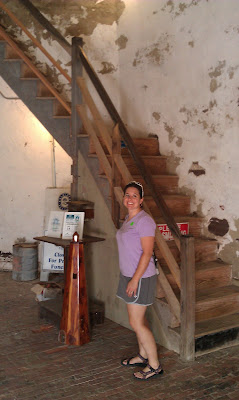 After a short jaunt to the top, we had some pretty cool views: 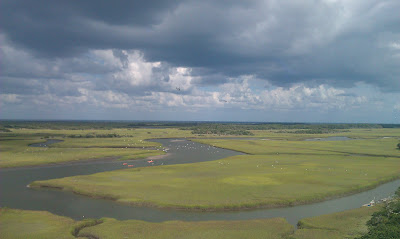 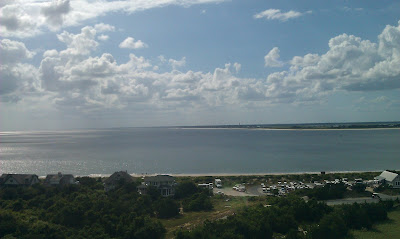 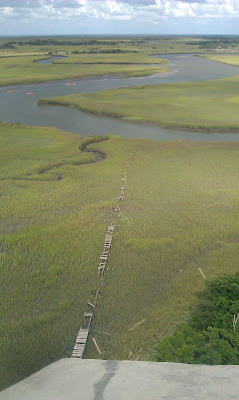 We even got a sticker for climbing it: 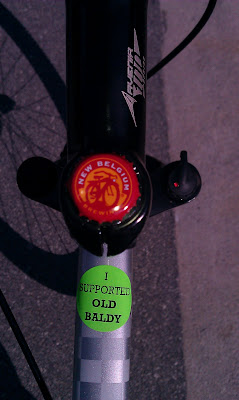 No, that’s not Team Dicky’s new sticker, although I guess it would work for him too.


We rode around the island for a while, and it was pretty cool. I brought my singlespeed, and since the island was so flat I kind of wished that I didn’t have such a spinny gear on it (I rode a 32X20.) At least I had flat pedals though, so I could ride around like some kind of beach bum. 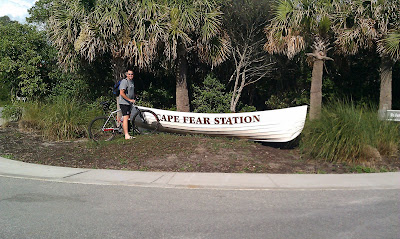 They even had an old telephone booth on the island, and as a telephone man I could appreciate that. 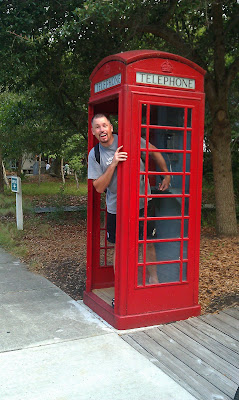 After one last look at the lighthouse, it was time to grab some dinner (seafood of course) and catch the next ferry out of there. 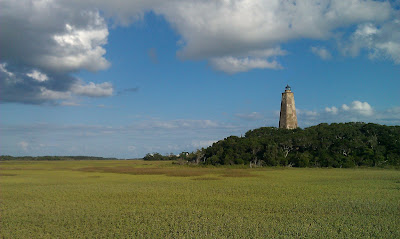 The sun was going down as we left, and you could see the Oak Island Lighthouse as we crossed the water. 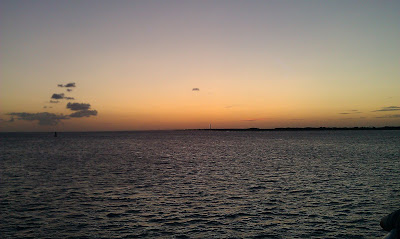 After getting back to the mainland, we drove northbound for a bit to find a place to crash for the night. We had lots more to see, so a good night’s rest was in order. Rather than bore you all at once with my vacation recap, I’ll continue tomorrow. Please come back and look at my photos and junk. Well, not my junk, ‘cause I didn’t take any photos of that. Yuck.
Posted by TheMutt at 7:13 AM