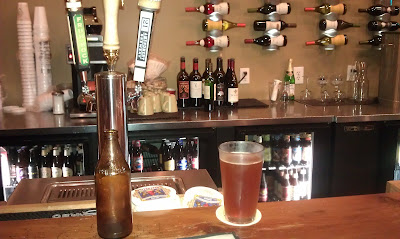 Beer…and it was well worth it.


I’m sure the fact that I had beer after a good ride doesn’t shock you. I drink beer after good rides, bad rides, and hell, pretty much anytime. I’m a little shocked at the fact that I rode and didn’t take any photos. The Dirty Party Cycle and I hit up the Whitewater Center da udda night, and I brought along a picture-taking device (actually two.) We stopped a few times here and there, but for some reason I never really felt like taking photos.


Sure, I thought about it, but I think I was caught up in the actual ride. I took my single speed out there, and the plan was pain. I mashed up climbs and took descents at breakneck speeds, and I guess stopping for a photo shoot would’ve cheapened the moment.


I ride bikes. I talk about riding bikes. Sometimes I post photos of me riding bikes. Not this time. That doesn’t make it any less of a ride. In fact, I think it may have made it that much better. When we finished, my legs were tired. The lungs and heart felt good, but my quads were toast. Riding a single speed will do that to you, especially if you’re still getting used to only having one gear.


I talked to the MadSS yesterday, and he told me that my legs should be tired after every ride. He said that’s how you get stronger. I’ve been tired after rides before, but being on a single speed bike just makes the effort a little more worth it (plus I’m really tired afterwards.) Good advice from my pal, I suppose.


I did do a little bit of work on the SS bike before the ride though. After running a stock SS crankset the way it showed up at my house way back when, I sorta got tired of looking at that hideous bash guard.


So I took that bitch off of there. 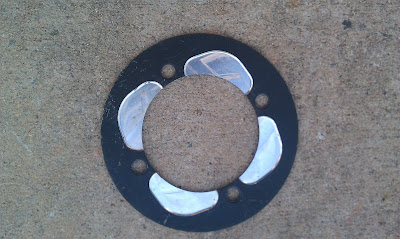 The result is a cleaner, more single speedy-looking crankset. 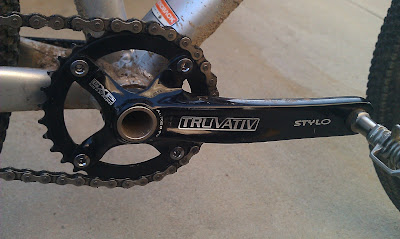 After spending most of my time prior to single speeding riding a 1X9 setup on the geared bike, the thought of riding without a bash guard kinda worried me. With a straight chainline (and the lack of shifting), there’s not any reason to be worried.


I like simple things.
Posted by TheMutt at 8:29 AM