Let’s Get Back To It

After returning to work yesterday, I realized that my vacation is indeed over. Since we only spent three days down in Charleston, SC for our trip, I had three days for myself. Of course it involved bike riding. 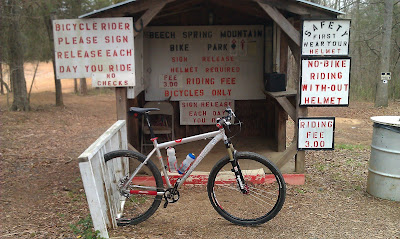 On my first day off (Wednesday), I decided to head over to Poplar Tent for some single speed action. This is one of the last trails in our local area that I hadn’t conquered on the SS bike yet, so I was looking forward to it. I took off at a nice pace, hoping to have a good day in the saddle.


After spending a few hours out there, I realized how much different a familiar trail can seem when you ride it without gears. I had to think a lot more on the climbs, but I didn’t have any problems clearing anything. This single speed thing is getting better every day.


Thursday morning was a little different. For some reason I decided to head out to the shop and go through all the bikes. I took each one out one by one, and gave them the once over. Some required more work than others, but they all received the proper amount of attention. After spending most of the day on this little “project”, I realized that I had little time to drive somewhere to hit a trail for a ride. That was a short-lived problem though, because I remembered that I had Captain Jim Bob’s Space Adventure close by. 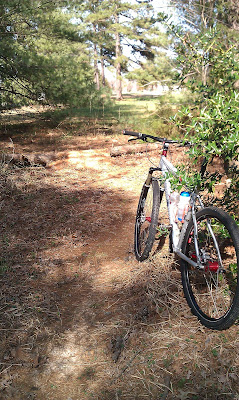 My own private trail for my own private ride. I got in a little “me” time on (again on the single speed), and it was just what I needed after a long day working on bikes. I hadn’t been over there in a while, but the trail was in surprisingly good shape. I guess we did a pretty good job building it, since I haven’t really done shit to maintain it as of late.


While that might seem like a full day for someone who is supposed to be on vacation, I still had something to do. I cleaned myself up and headed down to Bicycle Sport here in Charlotte for the Foundry Cycles launch party. I got there just after it started, and snapped a few photos of the bikes on display. 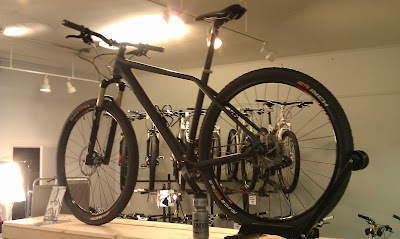 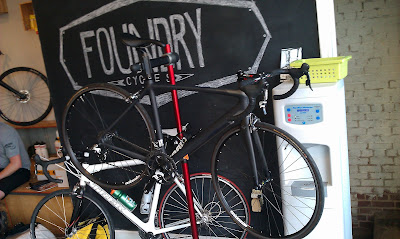 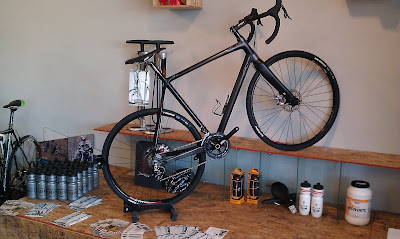 They even had beer, food, and water bottles for the party goers. 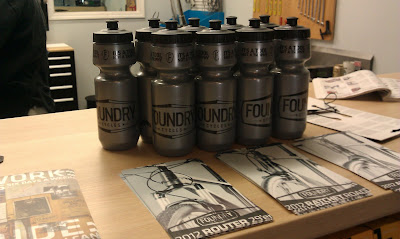 My buddy Jason (HMFIC at Foundry), spent the evening talking about the bikes, and giving people all kinds of information about the brand and the bikes. 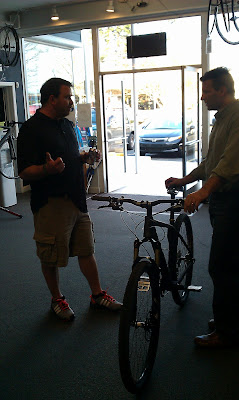 He really knows what he’s talking about, and you could tell that he has poured his heart and soul into this new brand. Some people demo’d bikes, some people ate, and some drank beer (me.) After hanging around until the shop closed, I bid my friend farewell and headed over to the Tarheel Trailblazers meeting nearby.


It was a long day, and I was tired. The next morning we would leave early for a relaxing vacation, but for some reason I don’t feel relaxed.


Maybe it’s because I’m back at work.


At least I got to ride though.
Posted by TheMutt at 8:44 AM

Did you take a spin on the Router?? That thing looks sweet ass!

Yes sir. I got a chance to take it for a spin at the Southeast Bike Expo. It was a little too small for me (I rode the large), but I really liked it.