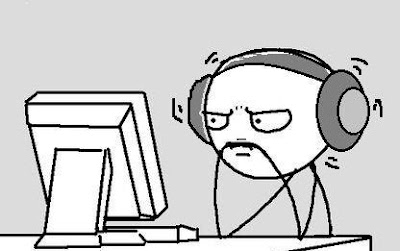 I used to listen to music just about every time I rode my bike, went running, skateboarding, etc. For some reason though, I starting doing it less and less. I gave up running quite some time ago to save my knees for cycling and the skateboarding hasn't been very frequent, so that may have had an effect on my music listening habits. On the bike, I had scaled it back to just endurance races, choosing to ride shorter, cross country distances just listening to the sound of my heavy breathing.


I started think about the last time I actually rode with music, and I had to go all the way back to last year’s 6 Hours of Warrior Creek. Having music for six hours definitely kept me going, but for some reason I put down the MP3 player after that.

Maybe because the one I had was a little bulky, and had to be strapped to my arm. 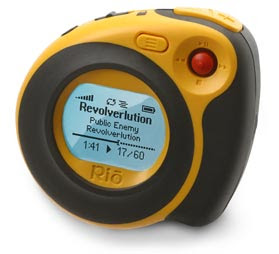 I’ve been using MP3 players for a long time. While I was digging around in the drawers of the computer desk da udda day, I found my very first one. 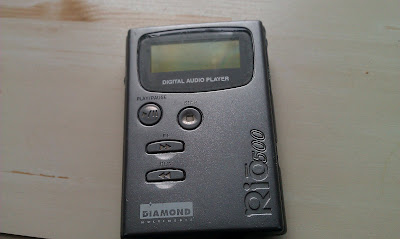 This thing was the shit back in its day, holding about two hours of music with an extra memory card. I listened to it pretty much everywhere I went, and loved the fact that I could listen to music from my cd collection without having to carry around one of those bulky Sony Walkman thingys. 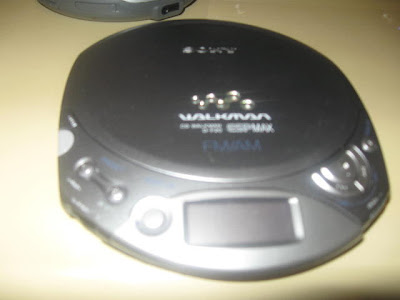 Yeah, I had one of those too.


While I still have two perfectly good (albeit old) MP3 players, I found myself wanting to get something a little smaller that wouldn’t have to be strapped onto a body part somewhere. I tried using my phone a few weeks ago, but the case I have for it also has an armband. Plus, the battery life sucks too much. There’s no way it would last for six hours or more.

I finally broke down and got one of these: 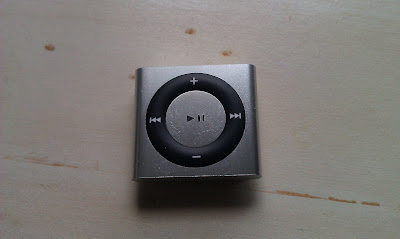 Yeah, I bought an iPod Shuffle. I’m not the trendy Apple type, so it just about killed me to give money for this. In fact, when I told Lunchbox what I had done, he said, “Why?”

I wondered that myself.

With the Shuffle, I could put a shitload of songs in it, clip it somewhere on my bib shorts, and not worry about it. At only around fifty bucks, I wouldn’t cry too much if I lost it on the trail somewhere. It’s light, small, and it stays outta the way.

Did I mention that it’s small? 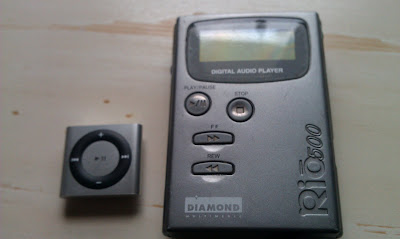 I’m not exactly jumping onto the technology bandwagon with a measly little Shuffle, but I couldn’t see myself spending big money on something that may get broken or lost. I used it at my race last Sunday, and if it wasn’t for the music going into my ear I wouldn’t have known it was there. In fact, the whole broken pedal fiasco would’ve been a lot worse if I didn’t have something to listen to whilst I suffered.


I guess I can “race” for six hours at Warrior Creek in a few weeks while I listen to various artists performing my favorite tunes.


Metal, hip hop, showtunes…whatever the hell will keep me going.
Posted by TheMutt at 8:16 AM

I don't care for the whole "Apple is cooler than you" stuff either, but the shuffle isnt bad