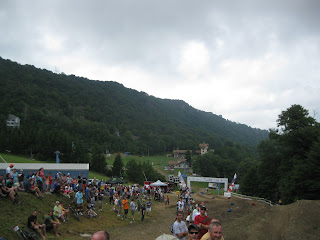 So like I told y’all Friday, the little lady and I went to for the Brews and Views event and the 2012 USA Cycling Mountain Bike Gravity National Championships.  We rolled up on the mountain a little too late for the downhill stuff, but we did get to see a whole bunch of dual slalom action.

It was really spectator friendly, so I took lots of photos. 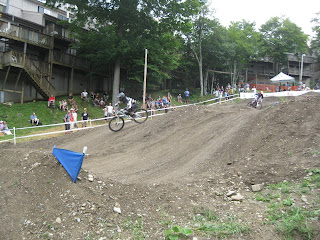 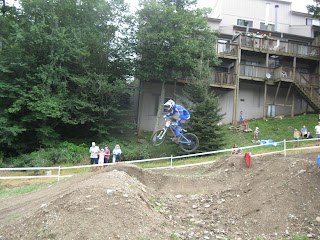 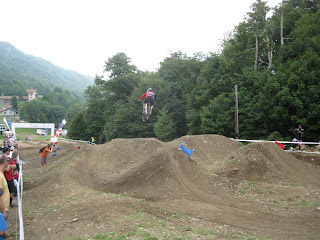 We strolled up to the top of the hill to catch some of the action right from the start line. 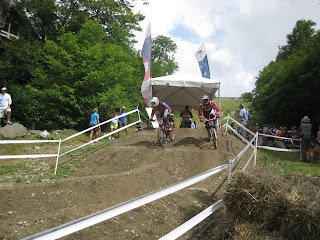 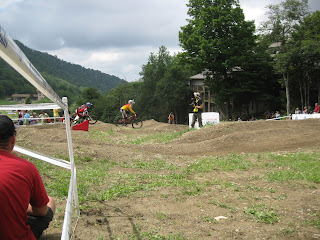 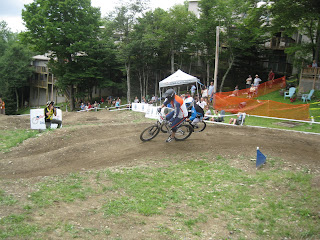 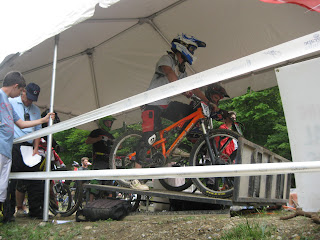 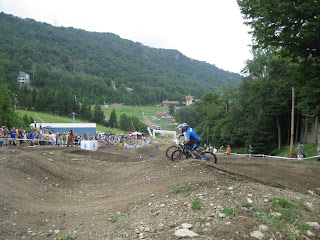 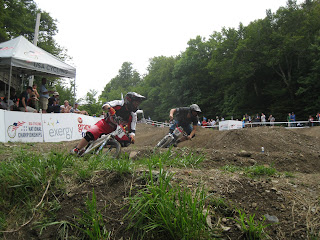 Eventually we made our way back down the hill, but this time on the other side.  I used that opportunity to get a few more photos. 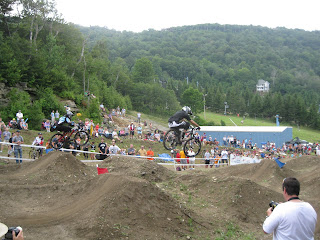 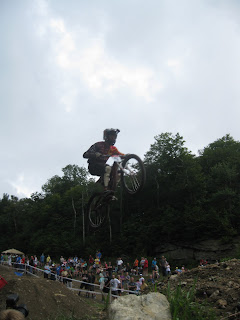 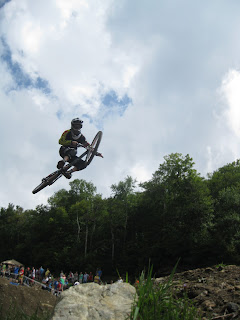 We decided to take a little break from the action, and head down to the beer/expo area.  We stopped back by the DeFeet tent, where Shane was promoting the greatest socks in the world. 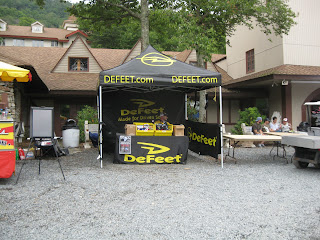 After grabbing a bite to eat, we made our way to the beer tent. 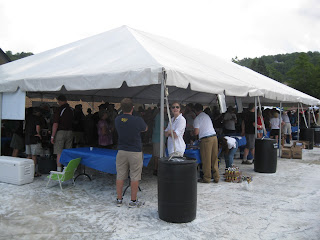 For like twenty bucks, you got a glass and the chance to drink as much beer as you could.  I saw it as a challenge, and we drank until it was all gone. 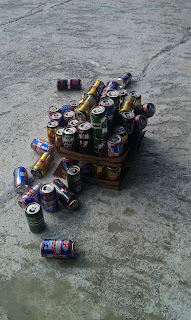 Starting in the afternoon, there was live music.  The main attraction was the band Cro-Moly,  and it looked like DeFeet head honcho Shane was ready to rock. 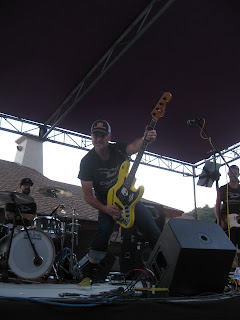 They played for a while, and they were clearly the best out of all the acts that day.  They played a lot of stuff we all knew, and the crowd was really digging it. 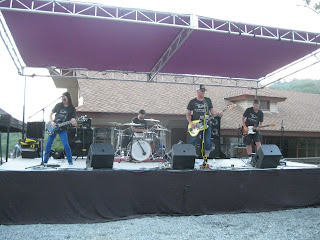 Yeah, I guess I was a bit of a groupie, but you all should know by now that I’m down with DeFeet.

We pretty much closed the place down, but not before I got my hands on a pair of new socks to support the band. 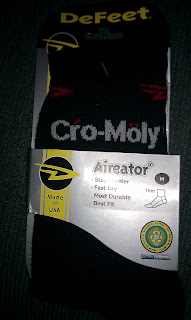 We had a great time, even though we didn’t ride bikes that day.  I got to hang out with good friends, drink good beer, and listen to some kick ass music.  It’s just what I needed to get ready for my adventure this week.

And yeah, of course I’ll get into that tomorrow.