Since it was a last minute decision to get up to the DC area, we didn’t have much time to plan anything. We loaded up my truck after I got out of work on Friday and set out to drive as far as we could before we got too tired. We made it as far as Harrisonburg, VA before we decided to call it a night. Since there had been a ton of storms in the area, most of the hotels were full. We eventually found a place and settled in for the night, and got some rest so we could head out the next day to finish our journey.

I hear there’s some good riding up that way, and we did bring our bikes. 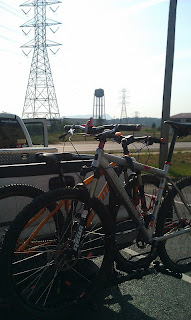 Unfortunately, we didn’t have time to ride anything.  We still had about two hours to go.

After a long day at work and a long drive, we slept in a little bit that morning. We hit the road and made it to Manassas, VA, heading right over to see my family. You see, my trip to the DC area wasn’t for pleasure. I love going up there to visit my family, but this time it was mainly to see my 92 year old Uncle and spend a little time with him before he moves on. He was in good spirits, and the house was full of people. It wasn’t really sad, and I’m glad we were able to be there to spend time with him and the rest of the family.

A few of us cousins headed over to a local sports bar for lunch, and I enjoyed a few brews and I think I got my cousin hooked on IPAs. After that we headed over to a park which is directly behind my Uncle’s house. 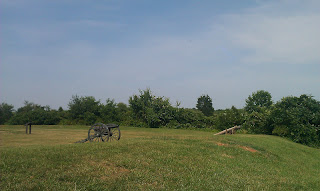 This is on the hill behind his house, and it was used during the Civil War as an overlook for the Battle of Bull Run. Funny thing is, I played around there when I was little and I didn’t know the significance of it all. Now it’s an official city park, and they’ve obviously spruced up the place a bit. We spent a little time up there reading all the information, and even visited an old Civil War cemetery and brushed up on our history. We left the house and headed over to our hotel.  We decided to stop in a bike shop on the way to see if there were any trails in the area. We brought our bikes along “just in case”, and asked the locals there if there was anything worth riding. They gave us a few spots to check out, and we planned to get out and pedal if we had time. Meanwhile though, we shopped.

I noticed that they carried some good stuff in there, including ProGold products: 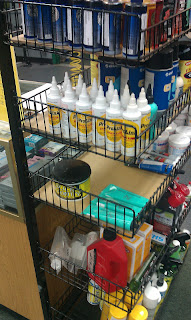 And some Honey Stinger goodness: 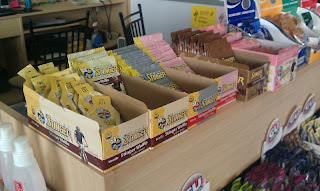 We were too tired to ride that night, so we checked into the hotel and cleaned ourselves up a bit. I took the little lady all over town and showed her where my family came from, and we even headed over to the local cemetery for a little history lesson. My Great Great Great Great Grandparents came over from England in the 1800’s to settle in Manassas, and they are buried in that cemetery. 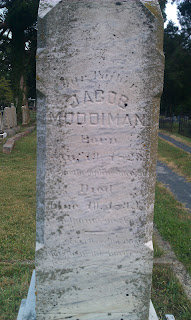 Little Miss Sunshine thought that was pretty cool, but I felt weird for taking photos of a grave marker. All in the name of history I guess. I even found an interesting bit of info about my ancestors and one of the largest breweries in the South. Stay tuned for that one.

After that we took a ride through D.C., but since we didn’t get out to walk around I only got one photo. 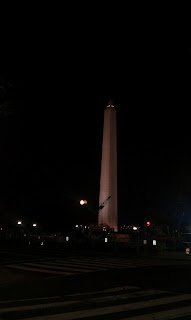 It was another late night because we crammed so much stuff into one day, but as usual we made the most of it. We decided that we would have time to ride the next morning.

So yeah, tomorrow will be a ride report.