I Can’t Even Get Into It 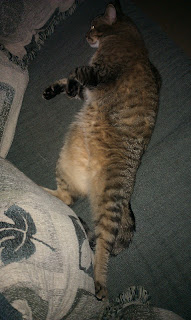 I’m supposed to race this weekend.  I say “supposed to” because it’s on the schedule.  The next race in the Southern Classic Series is this Sunday, and although I’ve been doing the whole series (minus a few races due to scheduling conflicts) I can’t seem to get myself excited for this one.

I haven’t raced one of these in over a month.  The last one was at Uwharrie, and even though I had fun then  I don’t really feel like racing right now.  The last time I checked, I was ranked 2nd overall in my class, but honestly that doesn’t really mean shit to me (but I still checked for some reason.)  I race for me, and not because of the competition.  I guess I’m just having a hard time trying to justify being out there with all those serious people who want to take home medals and brag about lap times, heart rates, power output, and Strava.

Why should I go?  Well, a good friend of mine is actually promoting the race, and it’s not too far away from home.  The Battle of the Bikes at Country Park in Greensboro sounds like it might be fun, but I don’t need all those serious attitudes bringing me down.  There are a couple of guys out there that are pretty cool and aren’t too serious even though they work hard, and I look forward to riding with them (yes Todd, I’m talking about you.)  If I go, it will be because I need a tune up before Single Speed USA (coming up in two weeks, by the way.)  I’m not really sure if a super serious cross country race would be an appropriate tune up for that though.

I guess I’ve all but talked myself out of racing this weekend.  If I race Sunday, that means I have to take it easy on Saturday.  If I skip the race, that means I can ride both days until my legs fall off.  One of those sounds fun, the other sounds like work.  I’ve been having fun riding my bike lately without the pressure of racing, and honestly I’d like to continue that.  Plus, I also have a chance to do some trail work on Sunday morning to give back to out local scene.

And, don’t forget that I have a lot of good beer to drink.

Don’t be surprised if I end up out there racing though.  I’ve never been good at making decisions.  There’s no mystical energy field that controls my destiny, you know.

Maybe I can dress up in one of these fancy cycling costumes just to keep things in perspective. 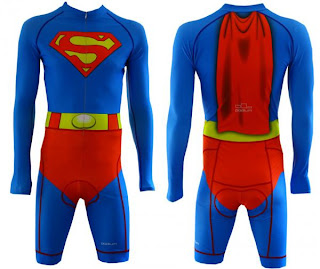 See y’all Monday with some kind of report.

Dude, you gotta come up!! I'm gonna have beer...and since I'm not racing (but I will be counting bikes as they come through!!) I'm gonna start drinking early-ish...like 10-ish...

So you blog about your racing/biking all the time, yet you don't think you're 'one of those people'? If you're not, then why the blog? And really, telling us that you were 2nd overall in your class, is kinda bragging. Why try to cover up the fact that you want attention for your accomplishments? Just seems silly.

D-Wayne, I'll probably be there. I'll try to remember to bring the beer.

Yeah, it is silly, and that's the point. I'm 2nd in my class because I keep showing up to races; not because of the fact that I train and take this seriously. I see how you think I might be "one of those people", since you're probably pretty serious yourself. You know, pointing out my flaws and all.

By the way, a lot of "those people" are good friends of mine and they understand what I'm talking about.

The blog is more like a journal of what I'm up to so I don't forget, and the fact that people care to read it is just extra. I really don't need the attention. If read it regularly, you would know that.

Some people just don't get it, and I'm okay with that.

Be there! Ride, hang with friends and have a good time!! Let the serious be serious but don't get caught up with all the competition part of it. Yes, we all are competitive or we wouldn't be out there on race day but have fun and just doing your best is a must! Hope to seeya in the am. Jack