Make It A Great Weekend

Race report?  Not today.  I did “race”, but I’ll get into that tomorrow.  I’ve got other things to get into… 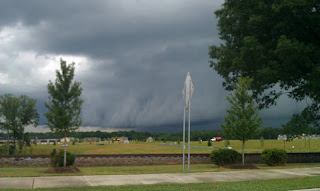 Since we got back from Northern Virginia, I’ve been trying to get out on my bike.  I stuck out every day, including Friday.  I had my bike loaded on the truck, but got to the trailhead when a shit storm erupted form the sky.  So, I went home and instituted plan B. 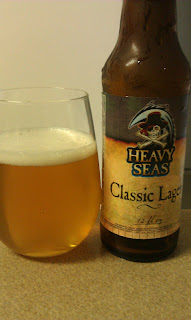 I was tired as shit from our trip and lack of riding (yeah, I get tired when I don’t ride), and I just couldn’t take it anymore.  I decided that the next day (Saturday) I would (gasp), break out the road bike. 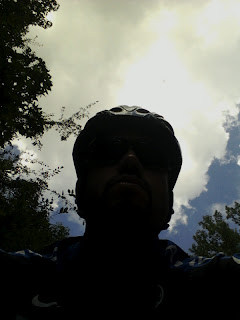 I set out for a nice easy ride, which started on my local greenway: 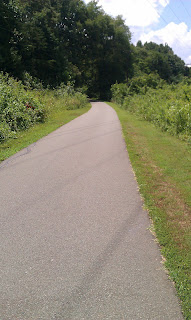 While I was out, I thought that I should start mapping out a ride to reciprocate the hospitality that D-Wayne and Meghan showed us on the Tour de Triad last month.  I figured that I would scope out the area to give them a tour down here in the coming months.  It should be fun, unless we get caught by a train and have to sit out in the hot sun for what feels like an eternity. 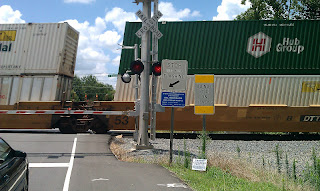 I spent three hours on the road bike working on my cyclist’s tan, and had a good ride.  However, when I got home I was exhausted.  I was so tired that I only drank two beers.  And yeah, that’s a big deal.

It probably wasn’t a good idea to go out there in the middle of the day and wear out my legs the day before a race.  It wouldn’t be the first time I’ve done some dumb shit though.

But, I actually did enjoy road riding for once.